Two new bridges will soon carry pedestrians and cyclists over a major arterial road at the city's northern edge, part of a plan to improve access to a transit station in an area dominated by cars.

Steeles Avenue East, just north of Milliken GO Station, was temporarily shut down earlier in April to accommodate the lift of the two new bridges, which are being installed in conjunction with a new underpass and rail bridge for the GO Stouffville line on Steeles between Kennedy Road and Midland Avenue.

Structures of the two bridges, each spanning over 50 metres, were pre-assembled and then hoisted into place in a delicate overnight operation that required extensive planning and preparation.

The bridge-raising was documented in recent photos of the lift shared by Metrolinx on Wednesday morning.

A large mobile crane was brought in to hoist the two structures into place, taking up a large share of the temporarily-closed street with its massive hydraulic boom and piles of heavy counterweights. 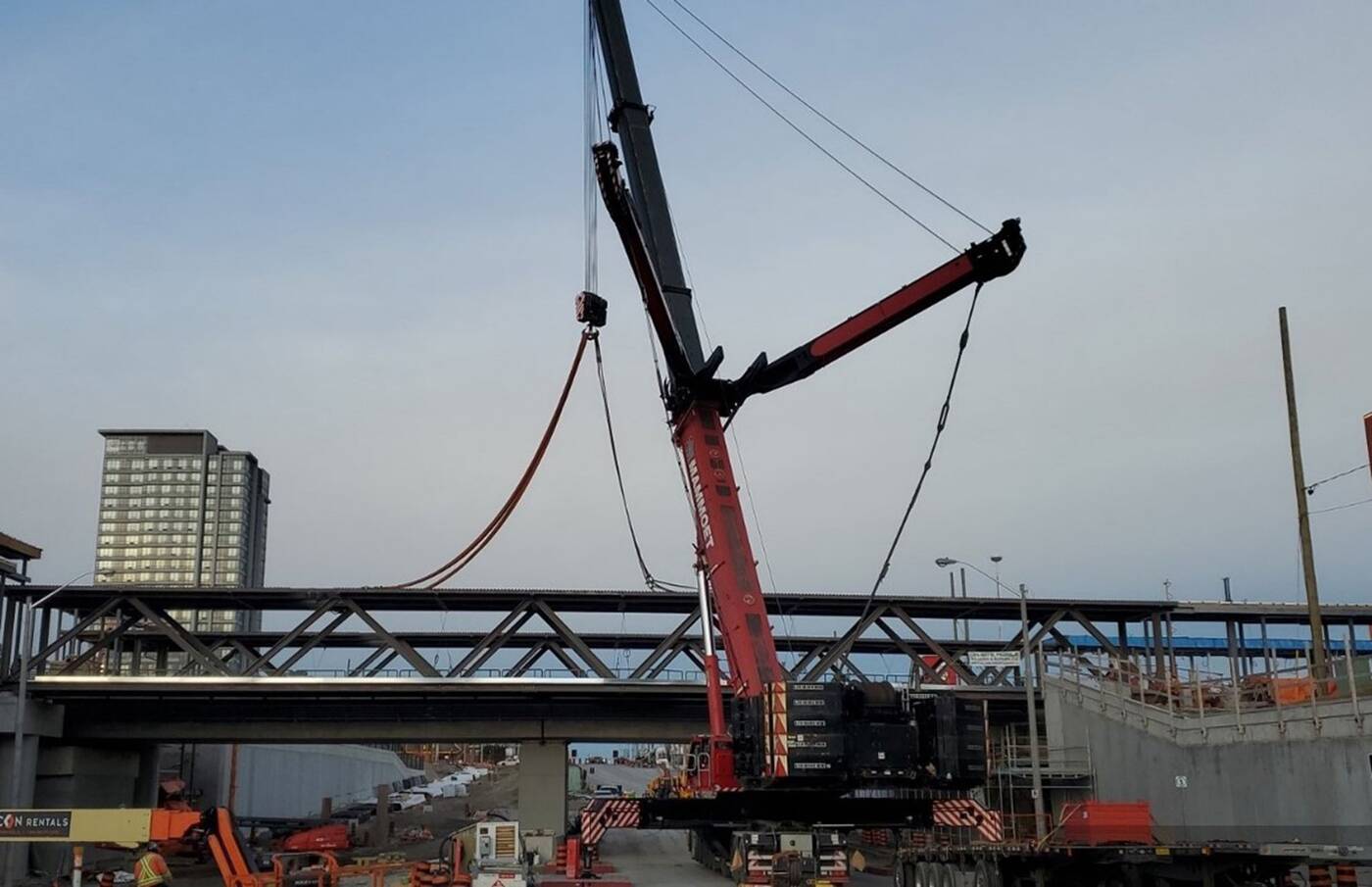 A mobile crane was brought in the hoist the pair of bridges into place.

With their structures now resting alongside the 2021-completed rail bridge, work can continue on the pair of pedestrian bridges, such as the installation of concrete, roofing, and the glass that will enclose the bridges from the elements. The bridges will also include stairwells and elevators connecting with Steeles Avenue below.

Once complete, the bridges will provide pedestrians and cyclists with a safer route between the station and the areas north of Steeles, while also improving the flow of vehicle traffic below. Cars haven't had to stop for trains since the rail bridge was built, and soon they won't have to stop for pedestrians or cyclists either. 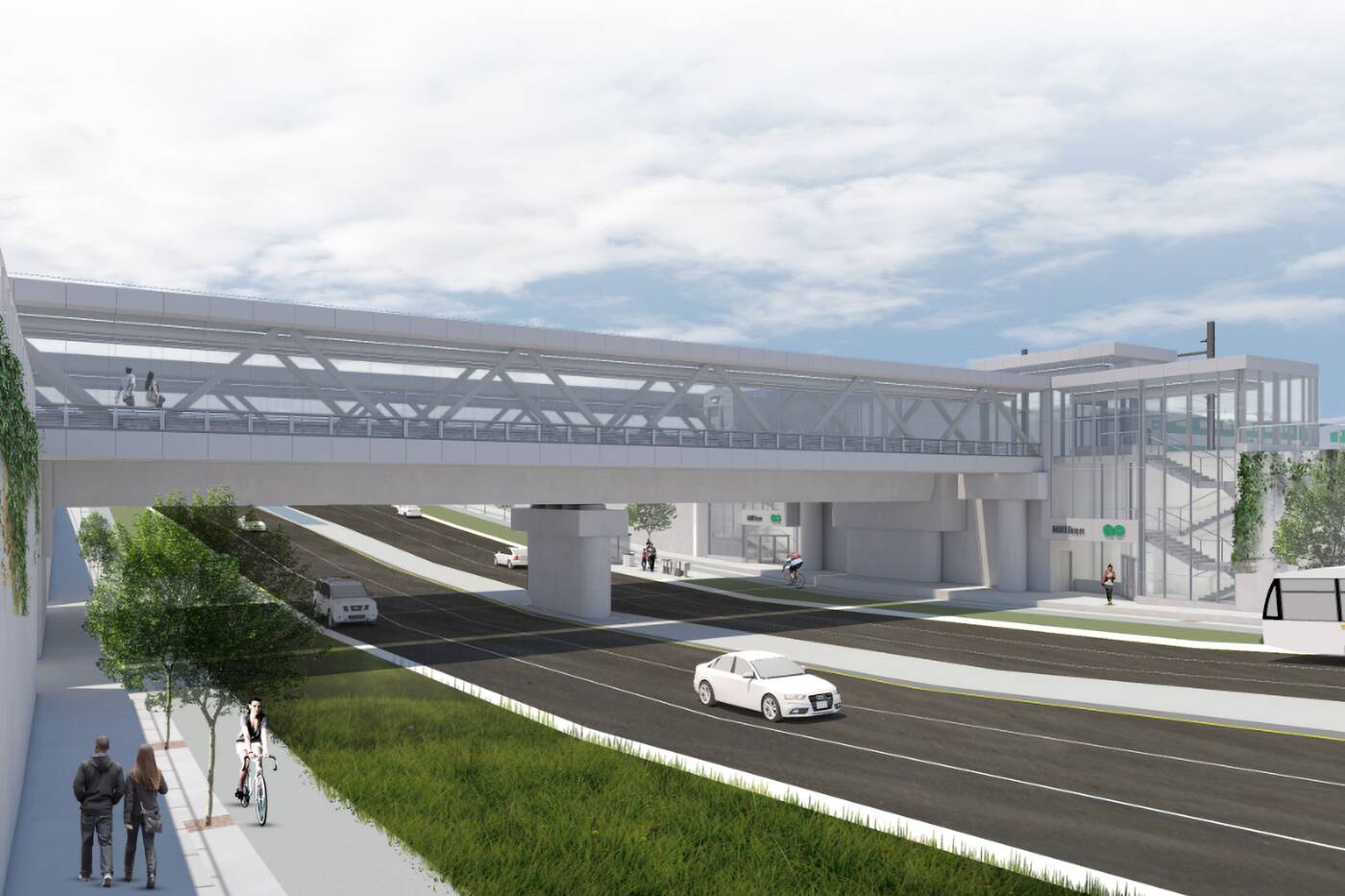 The pair of pedestrian bridges flank a new rail bridge that was completed last year.

These improvements are being built to support GO Transit's expansion to future all-day, two-way frequent train service on the Stouffville Line.

Milliken GO Station is also getting some upgrades as part of this project, including modernized platforms, weather protection for riders, pedestrian tunnels, elevators, and new lighting.