From serial killer Ed Gein's human skin masks (Google it) to the Jim Carrey Riddler's whimsical green onesie, there's a lot be said for the role of costumes in the world of crime.

"Pizza delivery guy" isn't among the most creative of bad guy suits, but it does seem to be quite effective as a form of disguise for robbers. And really, isn't that what a costume is supposed to be? A disguise?

It certainly helped one such bad guy in gaining access to a Toronto condo building where police say he "removed a large quantity of cash" before fleeing the scene.

The Toronto Police Service put out a request Thursday morning for assistance from the public in identifying the fake pizza man and an accomplice. 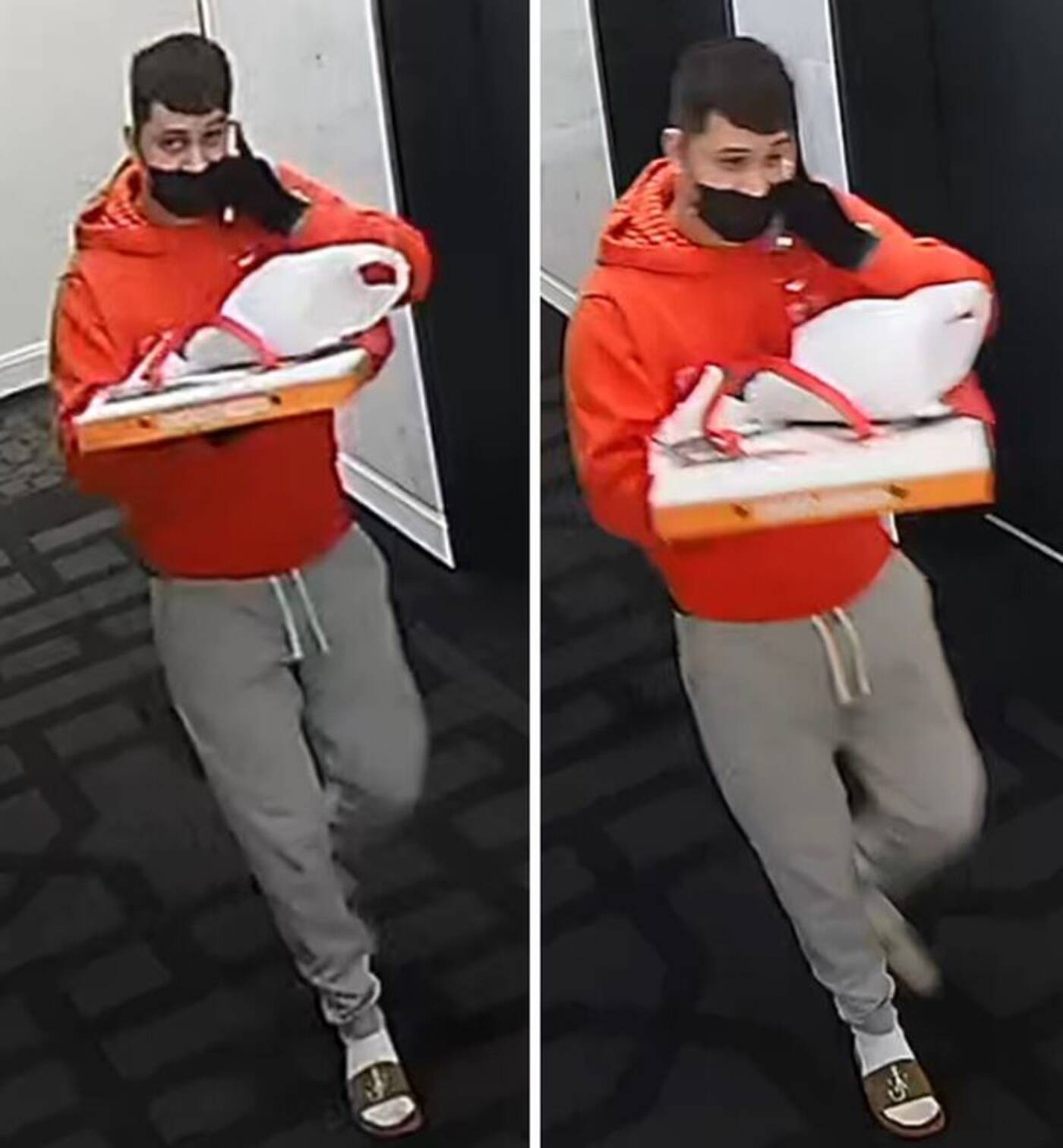 Holding a pizza box doesn't make someone a legit pizza delivery person, as a condo concierge has learned the hard  way. Image via Toronto Police Service.

The duo are wanted in relation to a break and enter investigation stemming from a recent incident in the Park Lawn and Lake Shore area.

Both of the suspects reportedly entered the lobby area of the building, where one is said to have presented himself as a pizza delivery person.  He was granted access to the condos in order to deliver the pizza, likely based on the fact that he was carrying a pizza box.

But he didn't deliver a pizza; he "entered a unit and removed a large quantity of cash from a safe."

Police shared photos of both suspects and their getaway vehicle, revealing that the guy who pretended to be delivery man was also driving the car. It's not clear what the other suspect did. Offer moral support? 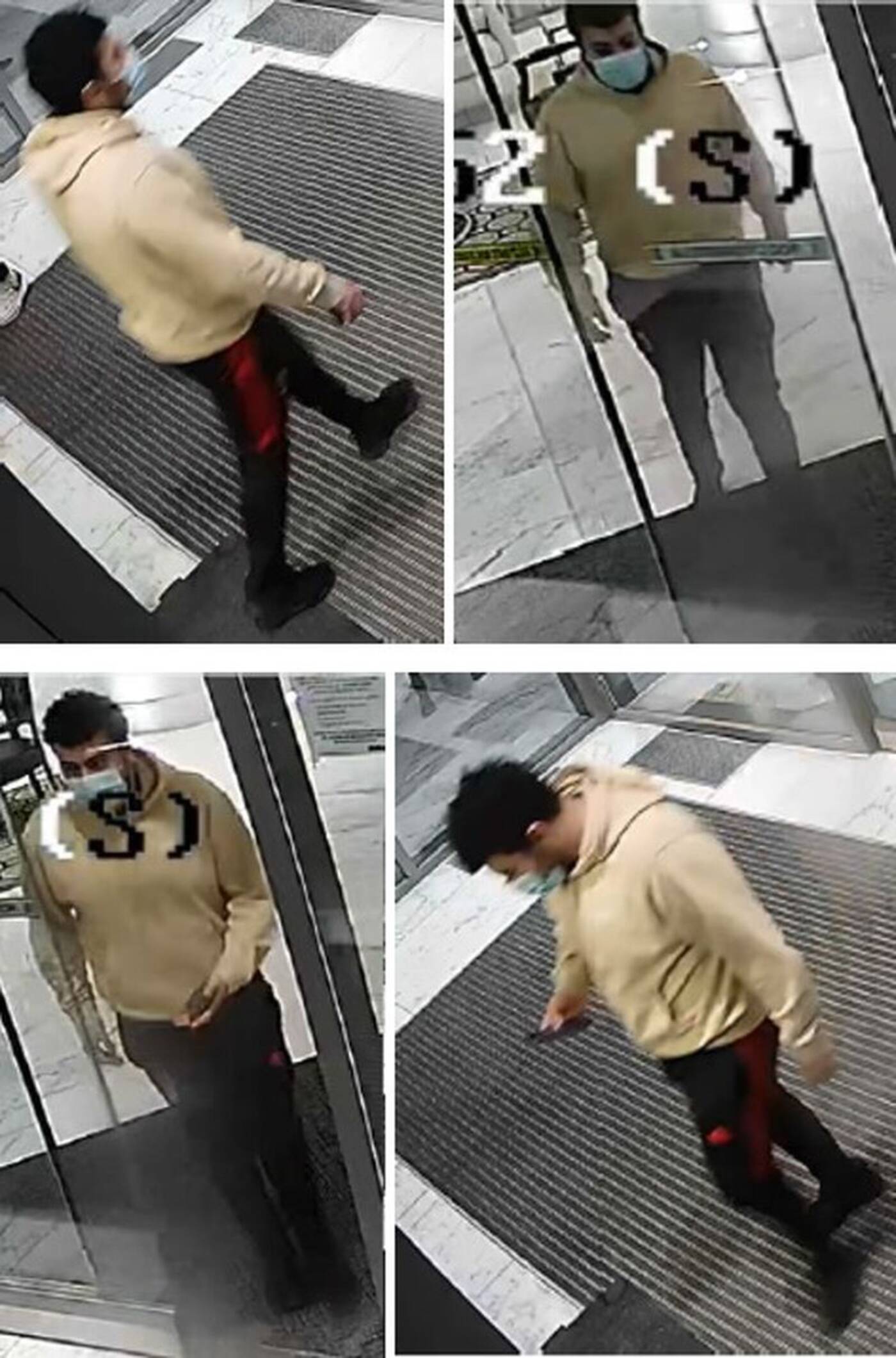 Police released photos of two suspects wanted in connection with the investigation, one of whom was wearing a beige sweatshirt. Image via Toronto Police Service.

The driver and pizza faker is described as "5'10", 190 lbs., clean-shaven with black hair. He was wearing a black mask, red hooded sweater, grey sweatpants, white socks and sandals."

He was also wearing black gloves, holding a pizza box and speaking on a cell phone at the time of the incident.

The passenger is described as roughly 5'9", 200 lbs., unshaven with black hair. He was wearing a blue surgical mask, yellow hooded sweater, black sweatpants with a red stripe on the side, and black running shoes at the time of the crime.

Anyone with information about either suspect or their front-plateless Land Rover is asked to call police at 967-1111... call policea, hey hey hey.

But for real, you can contact the cops at 416-808-2200 or anonymously via Crime Stoppers if you recognize either of the suspects or their ride.