Toronto neighbourhood isn't sure what its boundaries are

A Toronto neighbourhood that realized it had very uncertain boundaries has come together to decide what they are, despite what Google may say.

We all have our own ways of referring to our neighbourhoods, whether they're official distinctions or more like inside jokes.

But when it comes to Toronto's Brockton Triangle area, what is the actual triangle in question?

Neighbours recently came together in a local Facebook group to crowdsource an answer from the hivemind through an informal poll.

According to Google, the boundaries of Brockton Village are from Dufferin west to the first set of train tracks, and from Bloor south to Queen, the "point" located where the tracks intersect with Queen. 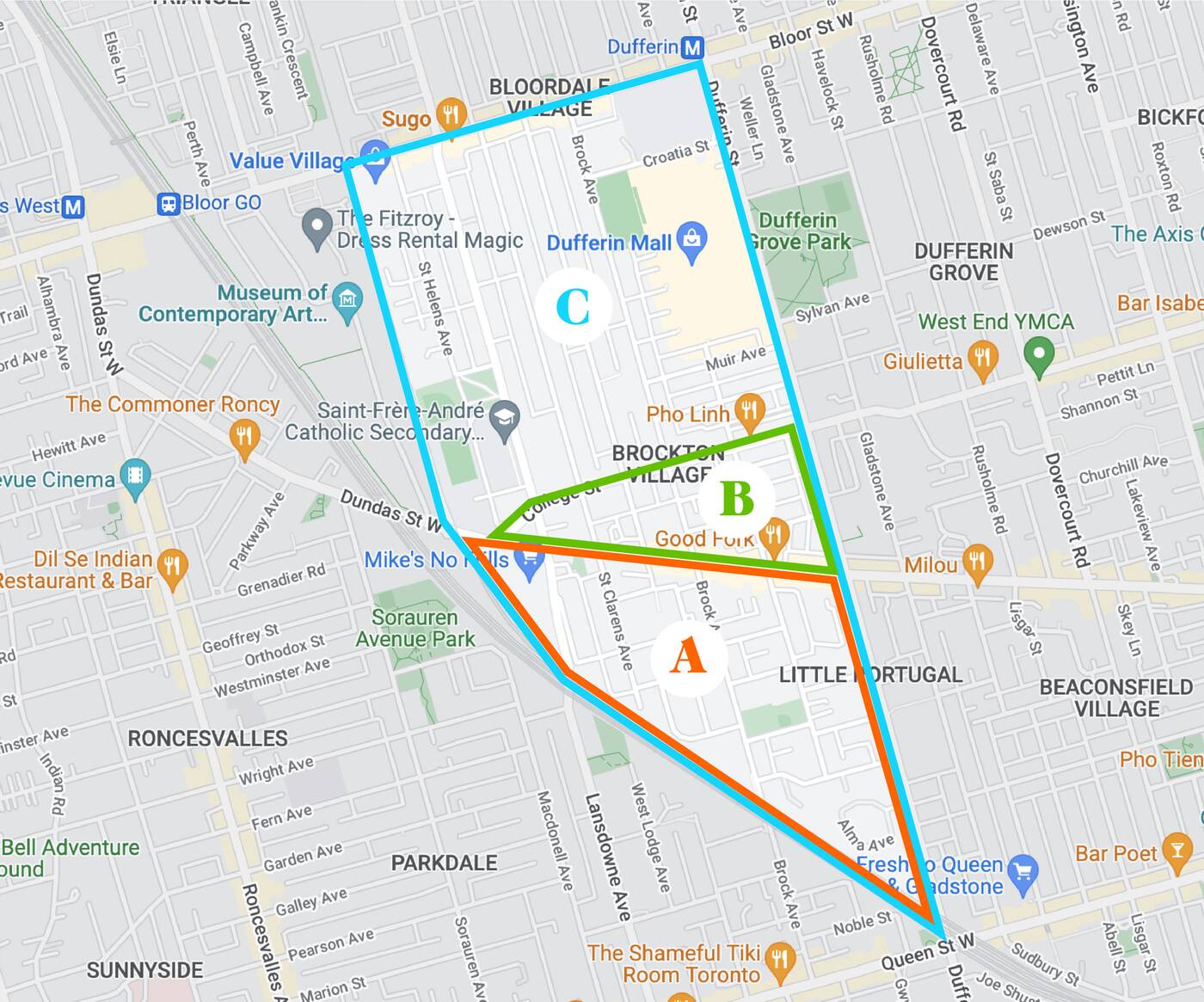 Options for what constitutes the Brockton Triangle. Image via Facebook.

The poll revealed that people actually think of the "Brockton Triangle" as a much smaller and more specific area, listing options for its borders.

One was from Dufferin, west to where College and Dundas intersect, and south from College to Dundas. The other has the same southern borders as Google, but has Dundas as its northern border for more of an obtuse triangle.

"I've always thought the Triangle was A—a smaller subset of Brockton Village, but am being firmly challenged on this," the original poster wrote, referring to the triangle with the Dundas northern border.

Abra Shiner, owner of local bar Swan Dive in the area, was quick to chime in with her own boundaries, and most people actually ended up agreeing with her. 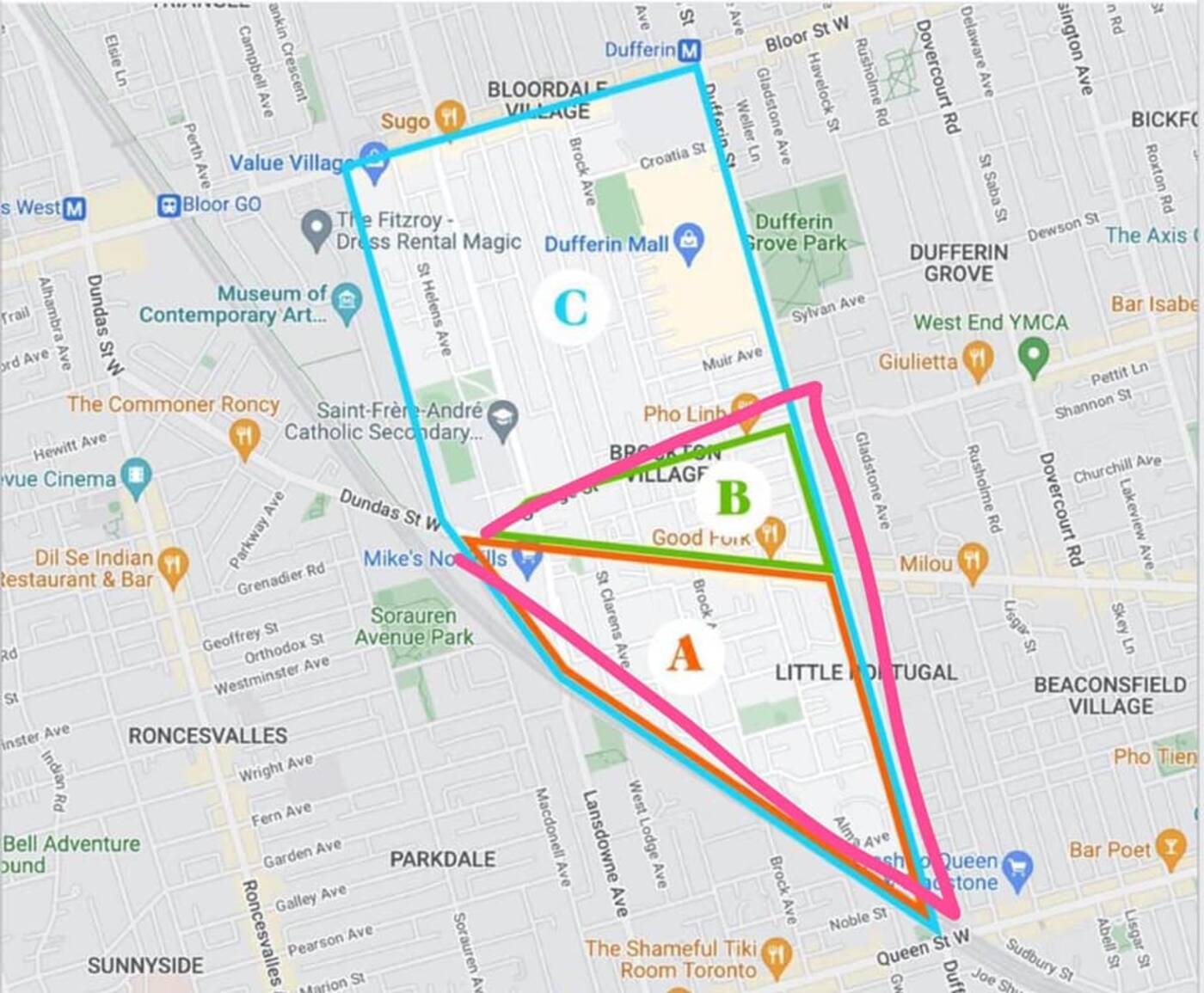 Shiner's definition of the borders of Brockton Triangle. Image via Facebook.

"I always thought it was THIS triangle," she wrote, posting an image with the same southern borders as Google but College as the northern border instead of Dundas.

"I also believed it to be this pizza slice as well," someone responded.

"I like to call the triangle bounded by College, Dundas and Dufferin, TriBeCo: Triangle Below College," another person commented.

Brockton Village actually used to be its own town, incorporated into Toronto as a village in 1876, then as a town in 1881. It was annexed by the City of Toronto in 1884. The parcel of land was originally granted to James Brock in 1812, and was then inherited by his widow Lucy Brock, who sold the lands.

The debate in the Facebook group has been a fun opportunity for some to bring up these historical tidbits, as people began posting old maps from the 1800s.

One person had actually thought they were in a different neighbourhood entirely all along.

"And I always thought I lived in Little Portugal!" they commented.

In the end, the original poster decreed that Shiner's answer had come out on top.

"MAJORITY OPINION IS IN!" they wrote as an edit to the post. "Abra's pink triangle seems to be what most of us consider to be the actual TRIANGLE in Brockton Triangle—the part of Brockton Village that's south of College. Wild ride."