Exceptionally warm weather is on tap for Toronto this week, with "an influx of milder Pacific air" set to hit the city just in time for St. Patrick's Day 2022.

Luck o' the Irish? Nah, it's just March being March — but hey, we'll take it.

Environment Canada is currently calling for a high of 17 C on Thursday, March 17, but temperatures could rise even higher with sunny skies in the forecast all day.

After a weekend filled with sharp winds, freezing air, and the kind of snow that blows sideways so as to smack you directly in the eyeballs, it'll be a welcome (albeit short-lived) blast of heat for many. 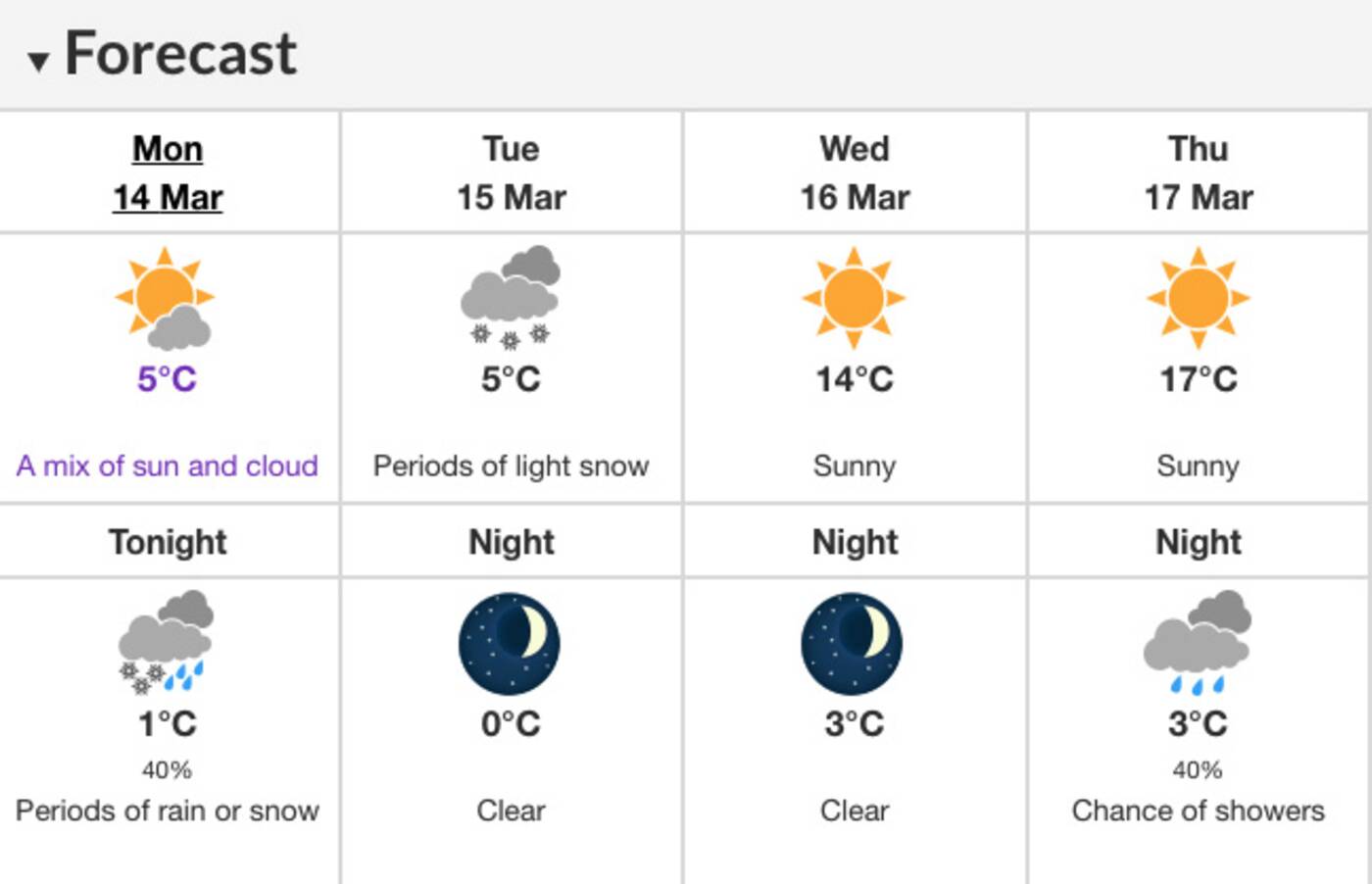 The City of Toronto is expected to start warming this week, reaching a predicted high of at least 17 C by St. Patrick's Day. Image via Environment Canada.

"The luck of the Irish will truly be felt Thursday, where temperatures are forecast to reach the mid to upper teens," said the Weather Network's Kelly Sonnenburg in an update published Monday.

"For some, this will be the warmest St. Patrick's Day in over 10 years."

The Weather Network is calling for temperatures "more consistent with late April or early May" by the end of this week, though patio lovers shouldn't get too comfortable just yet — temperatures are expected to dip closer to seasonal (around 5 C, with rain) by the weekend, and meteorologists say that there could still be some more snow to come before winter is over.