Canada isn't exactly known for military strength, but you wouldn't know it from the last week in Toronto. Whether you're a highway or subway commuter, there's a decent chance you saw some seemingly out-of-place military activity in recent days, with a train full of tanks spotted crossing Highway 401 as well as a drill conducted in an abandoned subway station.

Despite a quickly deteriorating situation in Eastern Europe that has much of the west on edge, neither of these sightings had anything to do with the looming threat of a global conflict, both planned well before the invasion of Ukraine began.

The public is now getting a closer look at the drill carried out in the TTC's abandoned Bay Lower Station on March 5 and 6 through a captivating series of photos shared by The 48th Highlanders of Canada on Wednesday. 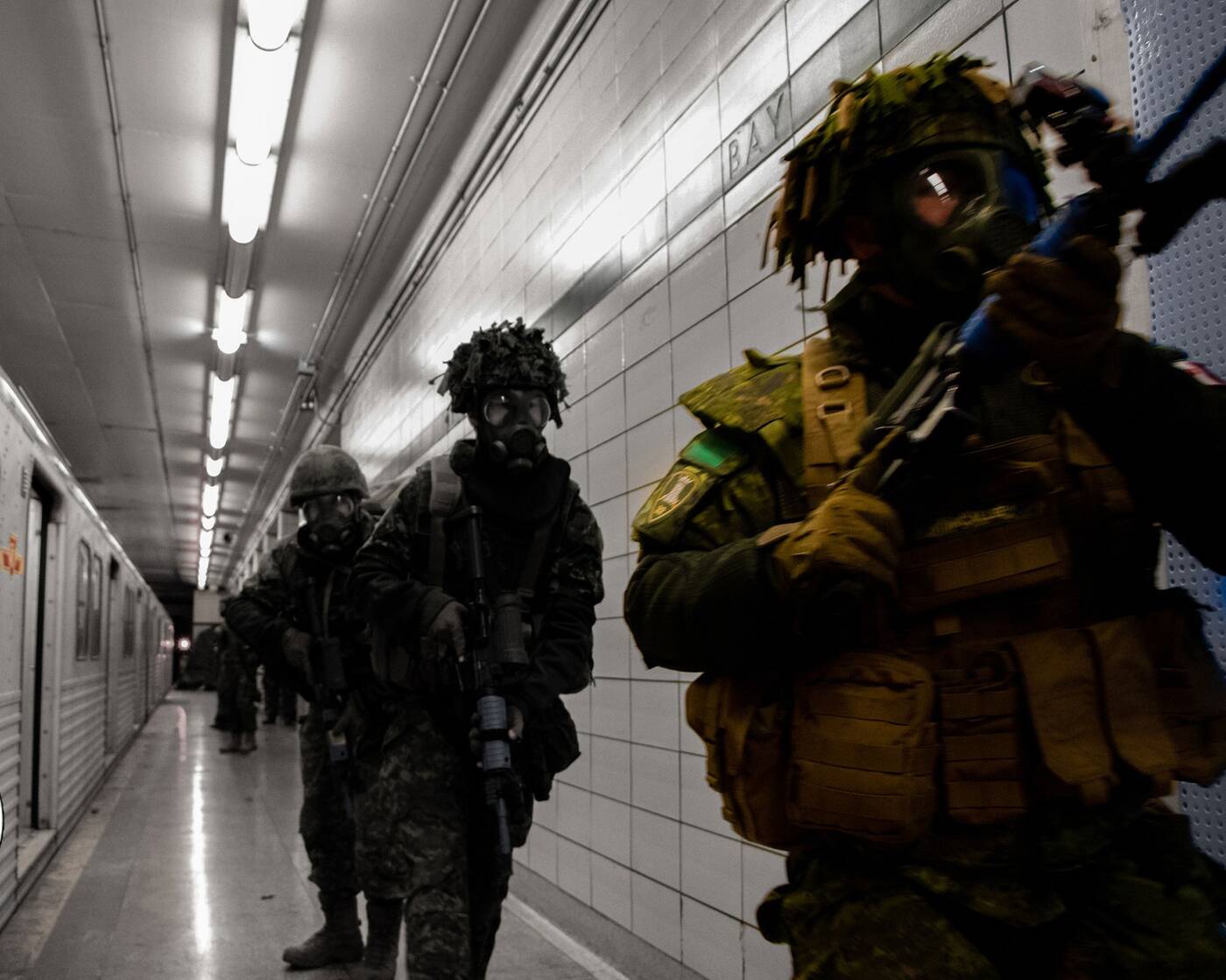 "Members of The 48th Highlanders of Canada extend their thanks to the TTC for the use of their facilities on the 5th and 6th of March 2022," reads the Facebook post, adding, "Bay Lower Station was certainly a unique environment for the soldiers to practice skills and the Regiment is proud to be one of the TTC's security and safety partners." 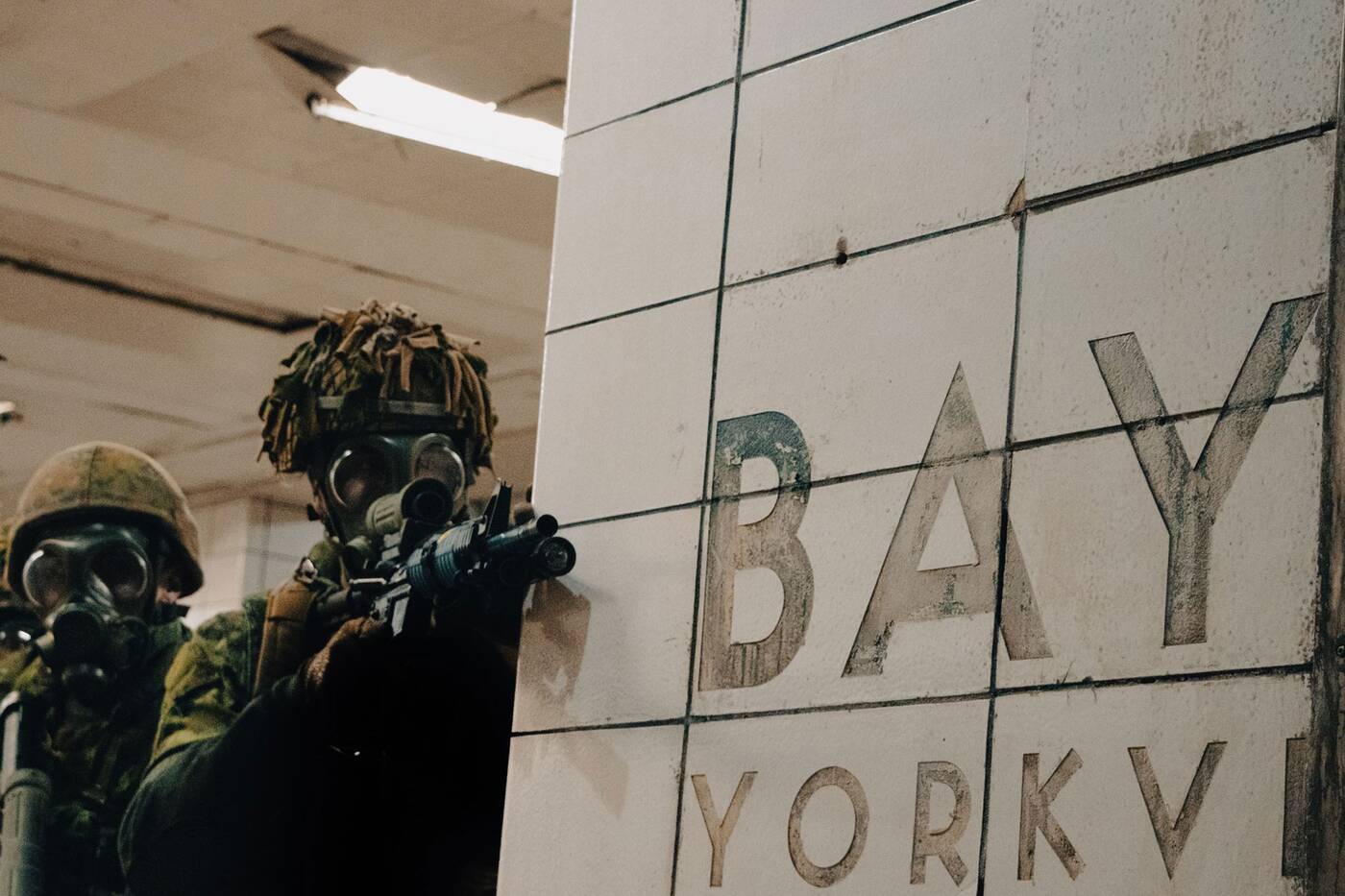 The TTC advised the public the day before the drills, stating that the "public may see small groups of unarmed soldiers in uniform in and around Bay Station." 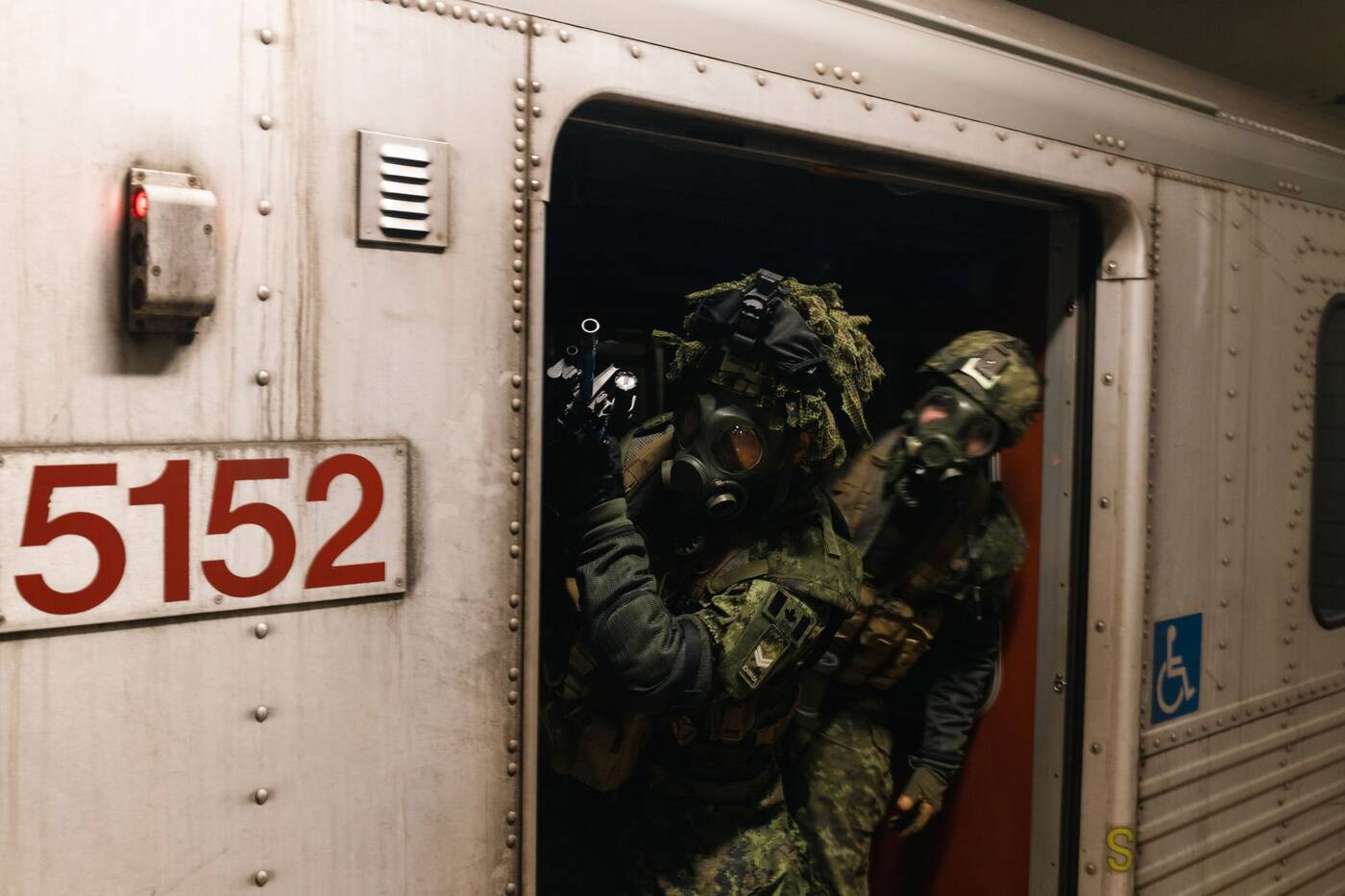 It turns out that the TTC's definition of unarmed might be a bit looser than most, as photos of the event clearly show soldiers equipped with rifles. According to the TTC, no live ammunition was used for the exercise, which could have been what they meant by "unarmed."

If the sight of soldiers in full uniform carrying assault rifles through an abandoned subway station wasn't cinematic enough, the Highlanders also donned gas masks during the exercise, adding another post-apocalyptic quality to the photos.

The station — directly below the very-much active Bay Station — has been abandoned much of its existence. It opened in 1966 as part of a short-lived experiment that intertwined the Yonge-University and Bloor-Danforth Lines.

That obviously didn't work out, and the station is now mostly used for training or leased out as a set for film and television productions.