A giant red boxing glove fell off a landmark Toronto gym nearly punching a nearby truck.

The glove on Bloor Street Boxing and Fitness, just south of Dundas West Station, flew off during high winds on Wednesday and nearly hit a Purolator truck on the street, according to a post on Parkdale Community updates.

Fortunately, no one was hurt in the incident, Bloor Street Boxing and Fitness front desk manager Jason tells blogTO.

"It was just a really strong wind," he says.

The gym was one of many places that suffered damage in brutal wind gusts on Wednesday. A midtown Toronto apartment building's exterior cladding was ripped away from the facade before coming crashing down onto the pedestrian entrance below.

There were downed lines and knocked out power for thousands in the city including almost 3,000 in the High Park area.

The four red gloves have graced the front of the gym for many years and are a landmark in the neighbourhood.

Bloor Street Boxing and Fitness was founded in 1993 by former lightweight National Champion Paul Ryan as a non-profit to get kids off the streets, the gym started as a boxing gym with the ring, the bags and the facilities to train local youth into champions.

The gym has since evolved to become a fully-equipped fitness centre known for its boxing ring as well as the gloves. On the second floor, the full-sized boxing ring is originally from New York City’s Times Square in which Muhammad Ali and Rocky Marianco trained, according to the club. 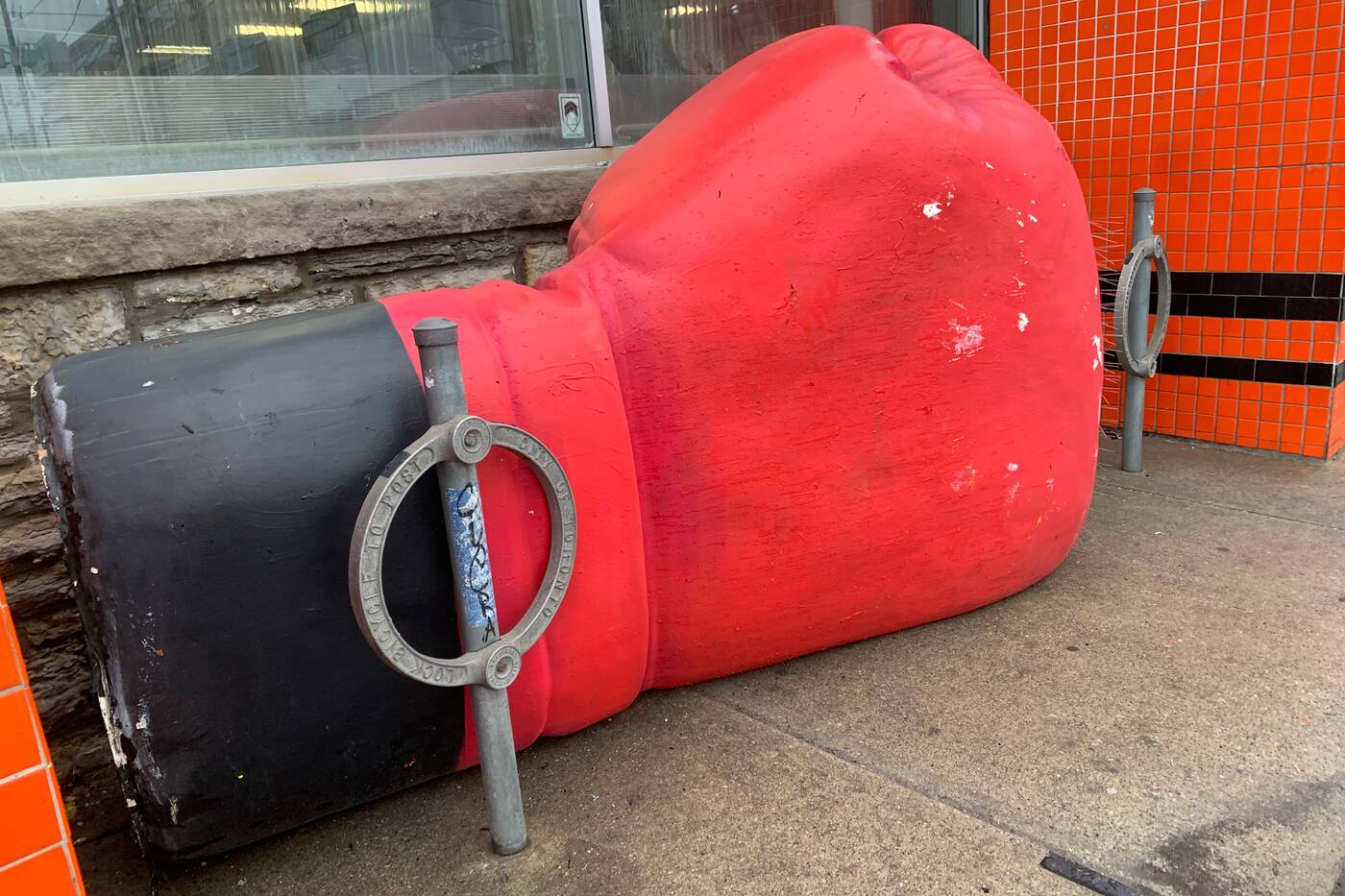 The gym isn't sure if they put the old gloves back up.

The four gloves affixed to the outside of the gym were removed.

"We took them all down for safety reasons," Jason says.

Right now the gym is still working out if they will put the gloves back up or replace them.

For now, the gloves are down for the count.