Husky puppy found injured and alone in Toronto is getting help

An adorable husky puppy found injured in a wooded area in Toronto is now in the care of a veterinary clinic with hopes of a full recovery.

The puppy was found in West Deane Park, at Martin Grove Road and Rathburn Road in Etobicoke, on March 14, a spokesperson for Toronto Animal Services (TAS) tells blogTO.

Katherine Vyse says she was on walk through the park around 10 a.m. when she noticed a photographer pointing a long lens toward the woods. He thought the pup might be a coyote but Vyse quickly noted it was a husky puppy.

They saw the puppy was alone and shivering in the cold. Vyse called 311 but it was going to be a while before anyone could come. So she went to find a nearby resident who she knew.

At first she was a little afraid the pup might bite as he had barked. They offered dog treats, which Vyse carries for local dogs, and eventually they approached the pup. The nearby resident with a car, who Vyse calls the "real hero" picked the dog up and they brought the puppy to the car.

"And the three of us went walking back towards his house across the field and so I was sort of petting it as we went," Vyse tells blogTO. 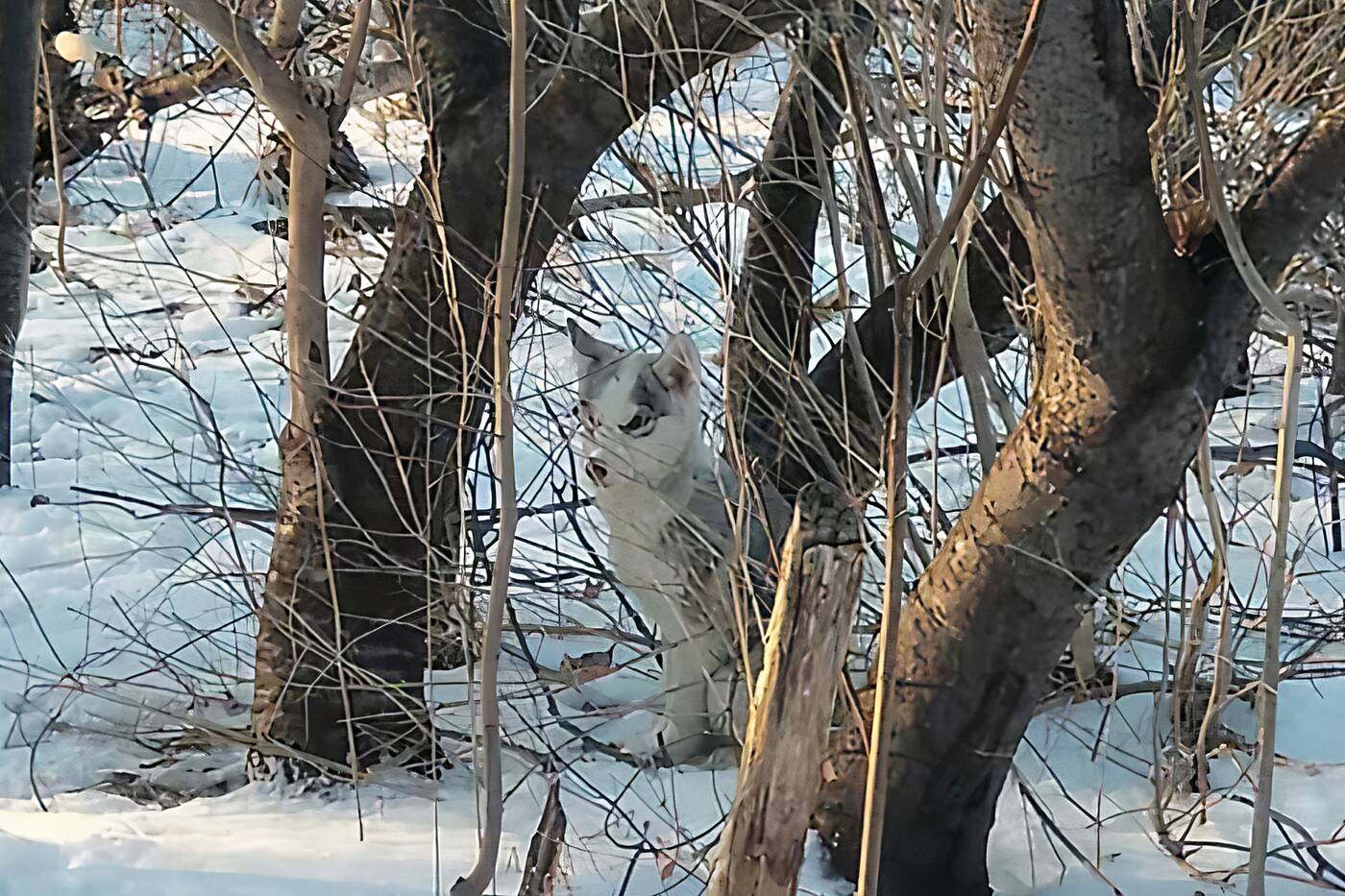 The puppy was found alone in a wooded area in Etobicoke.

The man took the dog to a nearby TAS shelter. A photo of the poor pup was posted on Facebook and 24Pet Connect (previously Pet Harbour).

Vyse walks in the park daily and knows the dogs that frequent the area. She didn't recognize this puppy nor did she see any posters from people looking for him.

TAS says this puppy was not in good shape.

"During the initial examination, TAS animal care officers discovered that the puppy was very thin and lethargic and a rectal prolapse was noted," the spokesperson says.

A rectal prolapse is a condition in which rectal tissue protrudes through the anus. It's usually caused when a dog repeatedly strains while pooping or peeing, according to PetMD. Recovery depends on the cause and the severity of the condition.

The pup was taken to a veterinarian clinic. The puppy had surgery for the prolapse and is currently being treated with medication. The dog will return to TAS once it has recovered.

"TAS would like to thank everyone for their concern and support so far," the TAS spokesperson says. "Our hope is that the puppy will make a full recovery, but more time is needed to assess."