As rain fell and ice accumulated this week, Toronto's rivers jammed and overflowed.

But the Humber River saw huge ice jams clogging the waterway and also causing the river to overflow on the banks and into the Old Mill Tennis Club, according to video captured by Lisa Tait Wright.

Wright tells blogTO she shot photos and video of the river overflowing on Thursday morning.

In the video she says the tennis courts were "completely submerged under ice and water."

Panning across the river, you can see ice chunks clogging the watercourse.

In another video, Tait Wright shows a school field flooded with garbage cans knocked in the water.

"It's all underwater," she says.

The parking lot under the TTC Old Mill Station was also completely flooded.

Massive chunks of ice were deposited on the shore. 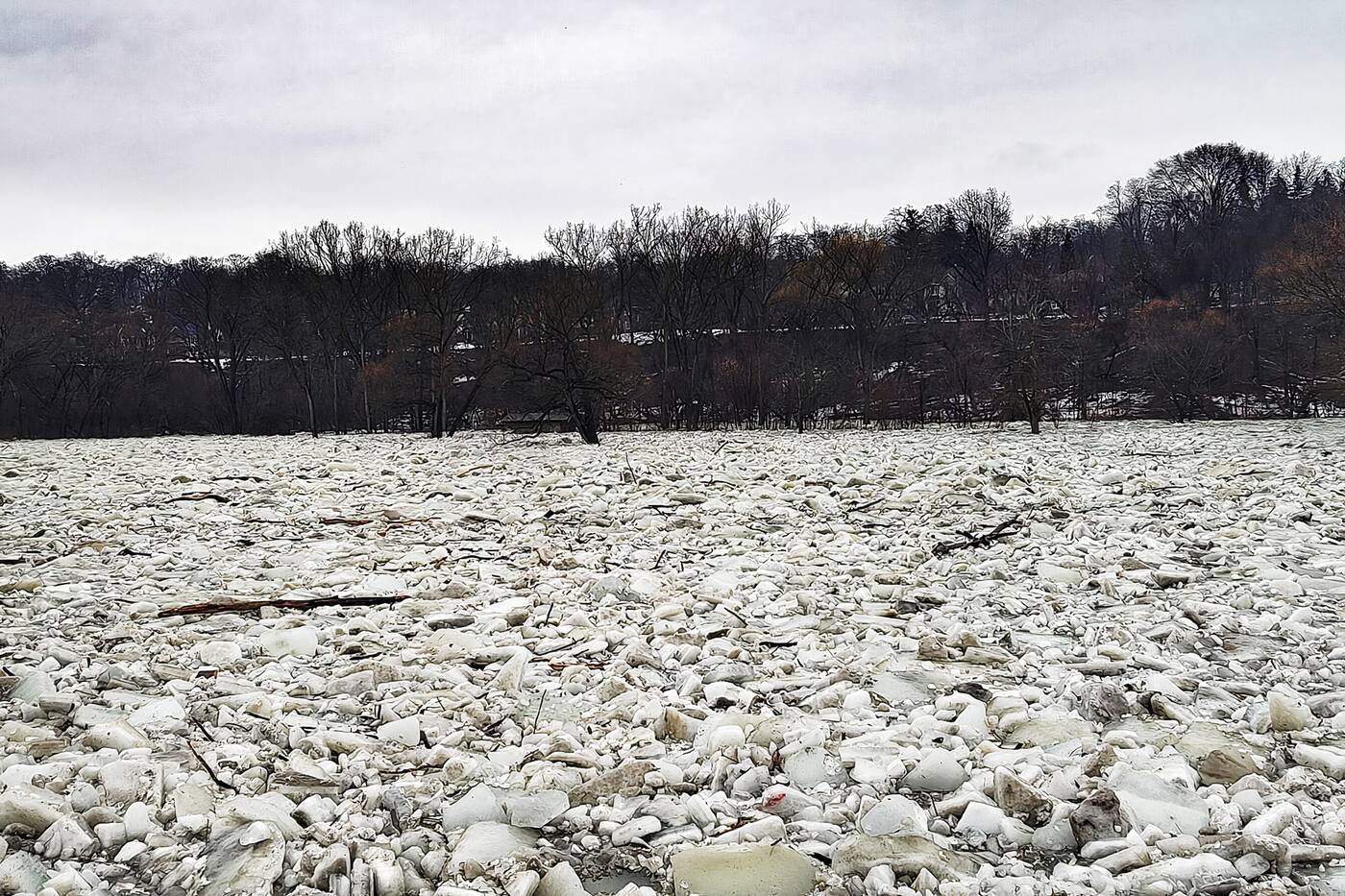 The combination of above freezing temperatures and high river water levels provided the favourable conditions for ice jams and flooding in low‐lying areas, Toronto and Region Conservation Authority said.

"Ice break-up has occurred within the lower Don River and lower Humber River and may have occurred within other watercourses as well," the Toronto and Region Conservation Authority said. "Risk of ice jams is possible in these areas and others throughout the GTA."

The flooding wreaked havoc on a construction site that has been working at Etienne Brule Park.

Humber River in #Toronto Old Mill neighbourhood is ice jammed. Construction equipment along the banks submerged, dragged away. Photos by @thetidymoose from this morning. Apparently the cracking and shoving woke residents around 5 am #ShareYourWeather @MurphTWN @weathernetwork pic.twitter.com/CnVRG2D9IO

People saw "construction equipment along the banks submerged, dragged away."

Some even noticed a strong smell of diesel near the construction site, which was reported to emergency services and the Ministry of Natural Resources.

Significant damage locally in Etobicoke along the Humber River where an ice jam built up and then gave way with all the rain and melt conditions. Strong smell of diesel here, likely contamination from a fuel storage site.#ONStorm pic.twitter.com/oikgTOoiR8

Those living near the river were understandably concerned. Hopefully, cooler temperatures in the forecast will stabilize the flooding and help officials in the clean-up.