Toronto healthcare workers shouldn't wear their uniforms outside the hospital during the "freedom convoy" rallies on the weekend, according to a memo circulating online.

The trucker's convoy, which has been in Ottawa since Saturday, is asking for governments to remove all COVID-19 mandates. A convoy is expected to arrive in Toronto for a rally at Queen's Park on Saturday.

"Out of an abundance of caution, Toronto Police Services suggests that you not wear clothing which might identify you as a hospital worker on your way to and from work," a line in the memo reads.

However, the Toronto Police Service tells blogTO the "Service would not direct hospital workers on whether or not to wear their uniforms."

Toronto Police says they understand some staff members have expressed concerns about being identified as healthcare workers.

"We want to reassure them that healthcare workers are a priority to the Toronto Police Service," a police representative says. "We will have a heightened police presence around hospitals this weekend to ensure staff members, as well as patients and their families, feel safe going to and from work."

They also say healthcare workers who feel threatened or unsafe should call 9-1-1 for immediate response or make an officer in the area aware.

The @TorontoPolice continues to support our city's healthcare workers who have been on the frontline of the Covid-19 pandemic. We will be on site at this weekend's #TorontoKidsVaccineDay. Any attempts to interfere or obstruct families or healthcare workers will not be tolerated. pic.twitter.com/vcNwmVC1Z9

One person says the memo came from UHN but CP24 is reporting a statement was sent to staff at Women's College, Mt. Sinai and Sick Kids hospitals.

"Toronto police service suggests that street clothes are worn when coming to the hospital - not clothing which identifies you as a hospital worker," a memo stated according to CP24.

Police are also advising "out of an abundance of caution" that staff at hospitals including Women's College, Mt. Sinai and Sick Kids avoid the downtown core this weekend if they are not working. 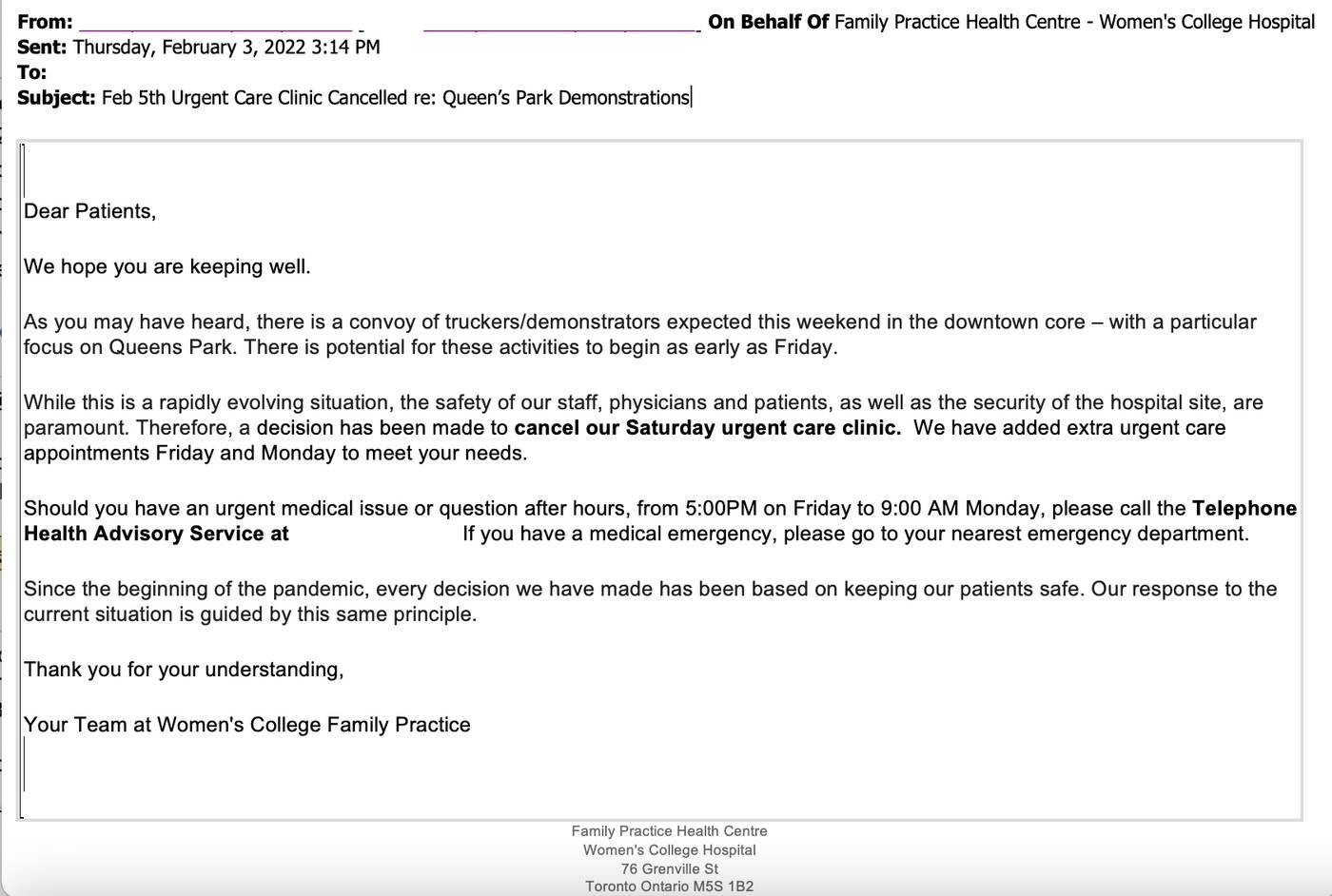 "We are intensely worried about patients accessing care, and health care workers getting safely to and from work," said NDP Leader Andrea Horwath.

The person who posted the tweet noted how the tables have, sadly, turned. At the beginning of the pandemic, people clapped and banged pots for health workers.