Power generation infrastructure is rarely much to look at, often hidden away in elaborate structures to obscure the ugly bird's nests of wires and switches. Solar power is much in the same boat, known for ugly black photovoltaic arrays that would be hard to imagine in the heart of a built-up urban centre.

A relatively recent innovation is changing these preconceived notions of power generation being ugly, the advent of photovoltaic walls integrated into building cladding opening up the doors for green energy production in the most unexpected places.

Known as building-integrated photovoltaics, or BIPV, these panels replicate the exterior finishes of typical buildings you see walking down any city street, all while harnessing the green energy of the sun. In most cases, passersby would have few clues alerting them to the eco-friendly power plants hidden in these panels.

Though it's still in its infancy, the technology is taking a big leap right here in Toronto, where an enormous 7,000-square-foot wall — the largest BIPV wall in North America to date — is being installed.

Located in an industrial area just north of Rexdale Blvd. in Etobicoke, the record-breaking wall from manufacturer Mitrex is expected to generate 90,000 kWh of energy for the building annually, slashing its carbon footprint in the process.

And while these power-producing panels can take on just about any look like stone or even wood, it seems that the record-breaking solar wall being assembled in Etobicoke is taking less of an aesthetically daring approach.

Using three coloured variants in combination with stone cladding, this example of a BIPV wall might not win any design awards, but the variety of finishes the technology has sweeping implications for how we design cities. 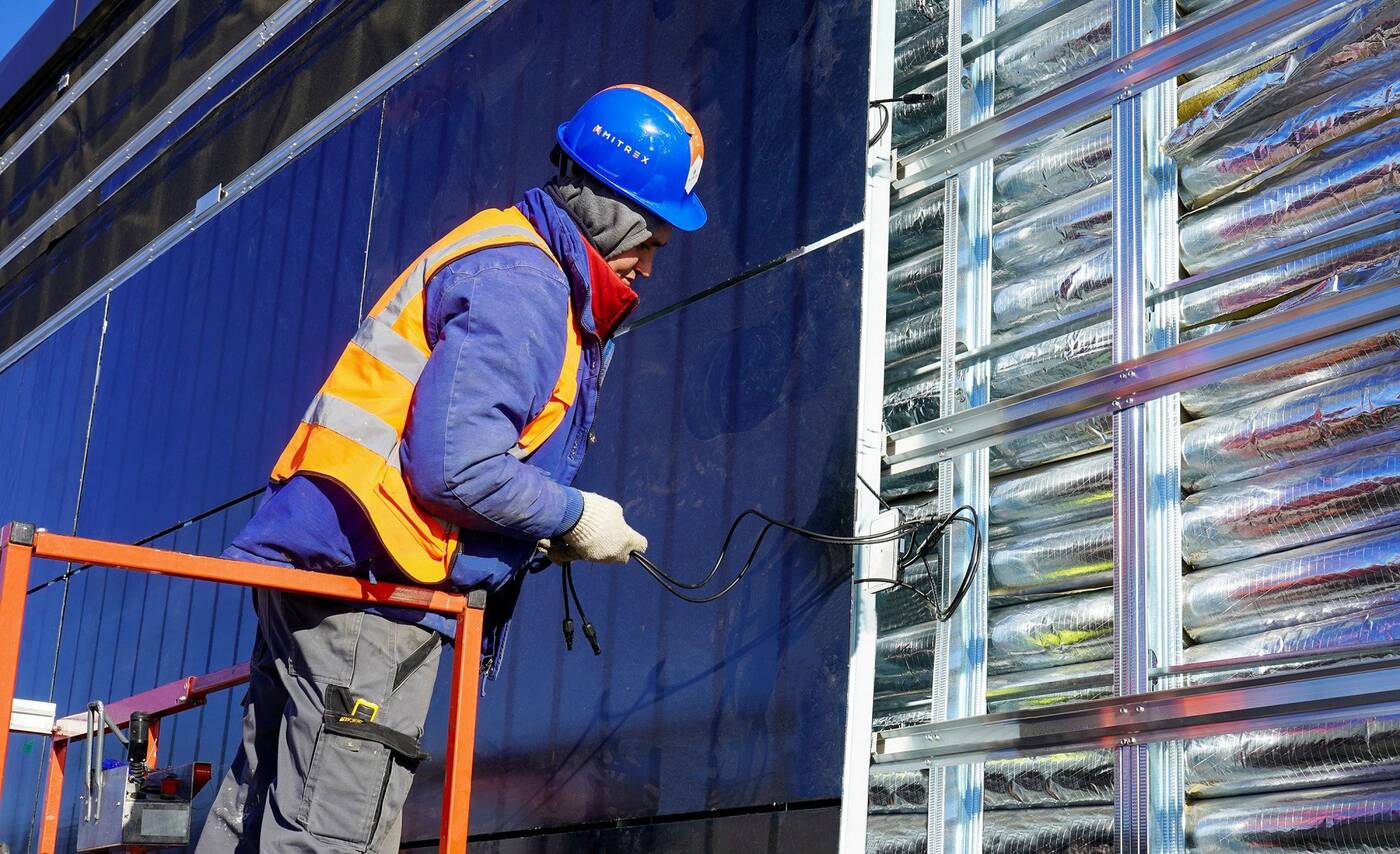 It's a growing and competitive market in Canada.

Previously dominated by Onyx Solar in Spain, Mitrex and other Ontario-based manufacturers like Elemex have since entered the ring, and BIPV has been taking off in more Canadian markets like Alberta and Quebec, with a few examples in those provinces displaying the technology's architectural range.

And while you'd think these systems would add astronomical construction costs to a new building, they're actually relatively cheap, and can pay for themselves through off-grid power generation in just a few years.

Of course, such technology is always going to face an uphill battle against the well-established building materials traditionally used in new construction. Developers and contractors often stick with the products they know and the existing relationships they have with material suppliers.

Green energy incentives like federal funding of $10 billion through the Canada Infrastructure Bank towards green power projects are among the policy moves from above that might be able to sway more movers and shakers to implement this tech in the future.