Toronto has many nicknames and titles, including the city's Parks, Forestry and Recreation department's favourite of a "City within a Park," inspired by the dense tree canopies found throughout local neighbourhoods.

But there are many everyday threats posed by the city's arboreal inhabitants, which range from a plethora of diseases and fungi — with some incredibly colourful names including Leaf blotch of horse-chestnut and sudden oak death — to tree-destroying pests like the well-known emerald ash borer.

Another prominent pest in the region, the Lymantria dispar dispar (LDD) moth or "spongy moth" — more commonly known by the since-phased out, extremely dated name "European Gypsy Moth" — is back with a vengeance this year. The new name is derived from the gross woolly masses of eggs the moths produce. 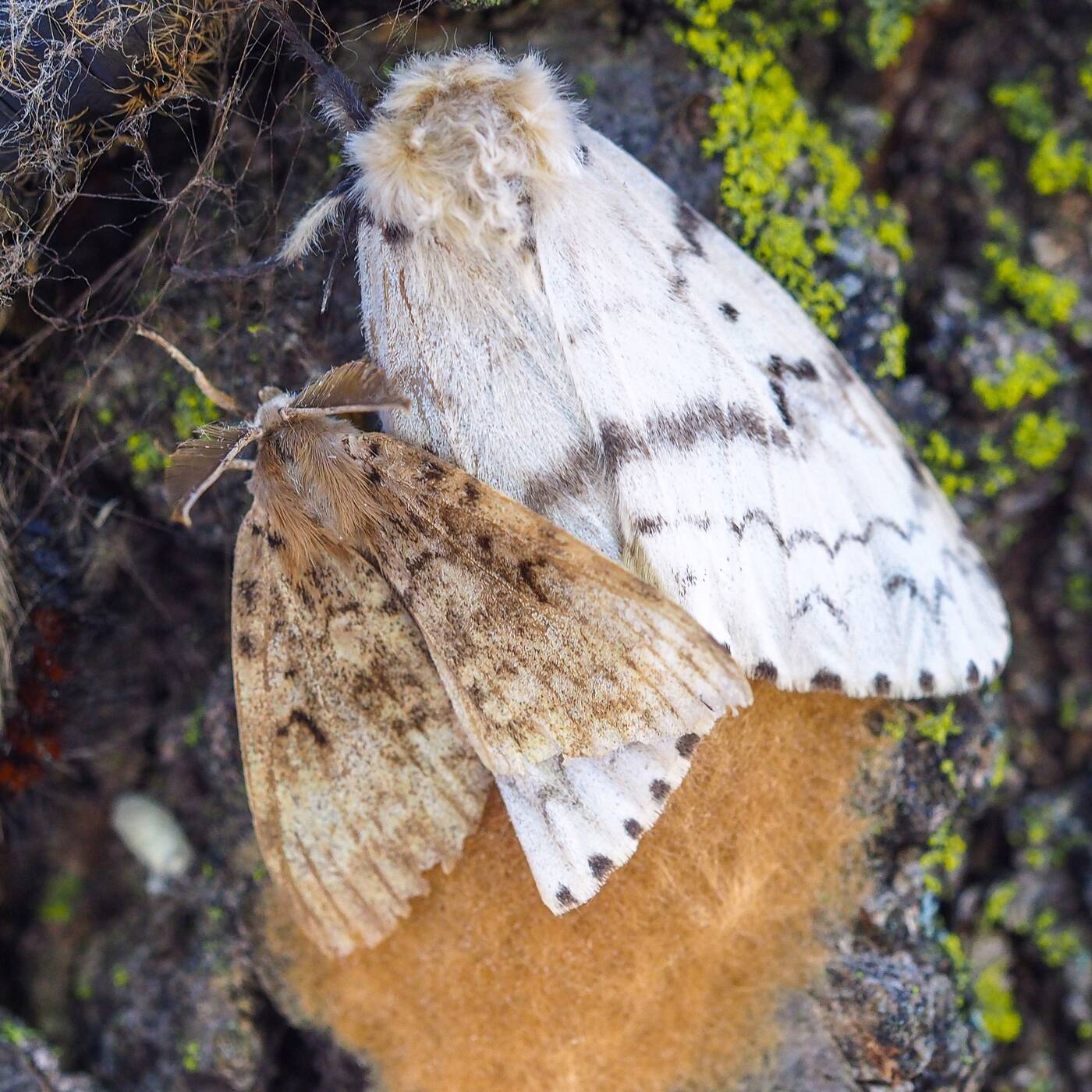 Male (left) and female moths with a woolly cluster of eggs.

Its populations have soared to "outbreak levels" in various parts of Toronto, with historic infestations recorded across the city since summer 2021. With spring approaching, the city will soon be conducting an aerial warfare campaign to snuff out the infestation and prevent further damage to local trees. 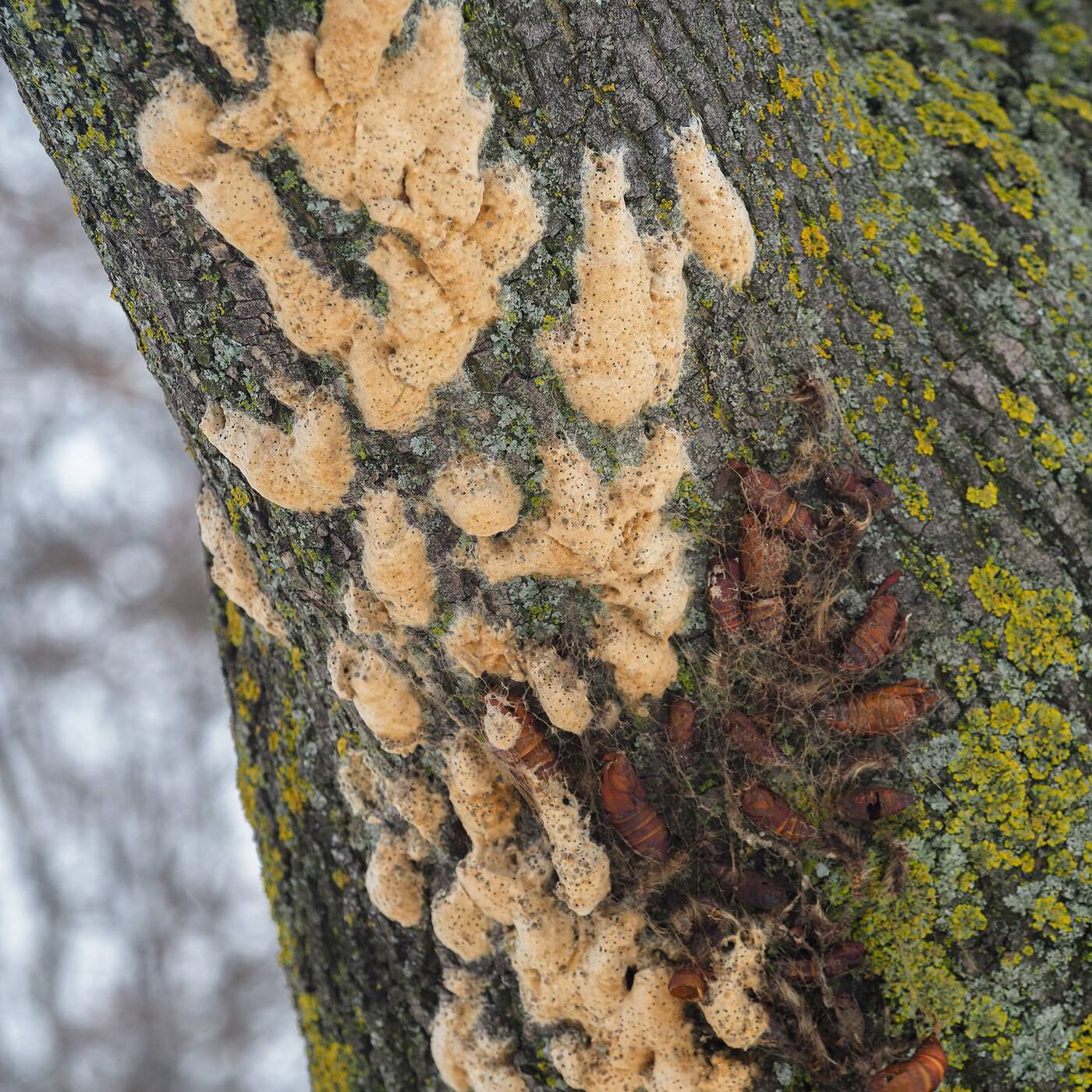 The moths cause defoliation that can severely weaken or kill trees.

The city will be spending over $800K to contract out Zimmer Air Service for an aerial spraying campaign that will douse these legions of lepidopterans in 685 hectares spread across 12 of the city's 25 wards, along with another 128 hectares in High Park, bringing the total to 13 wards. 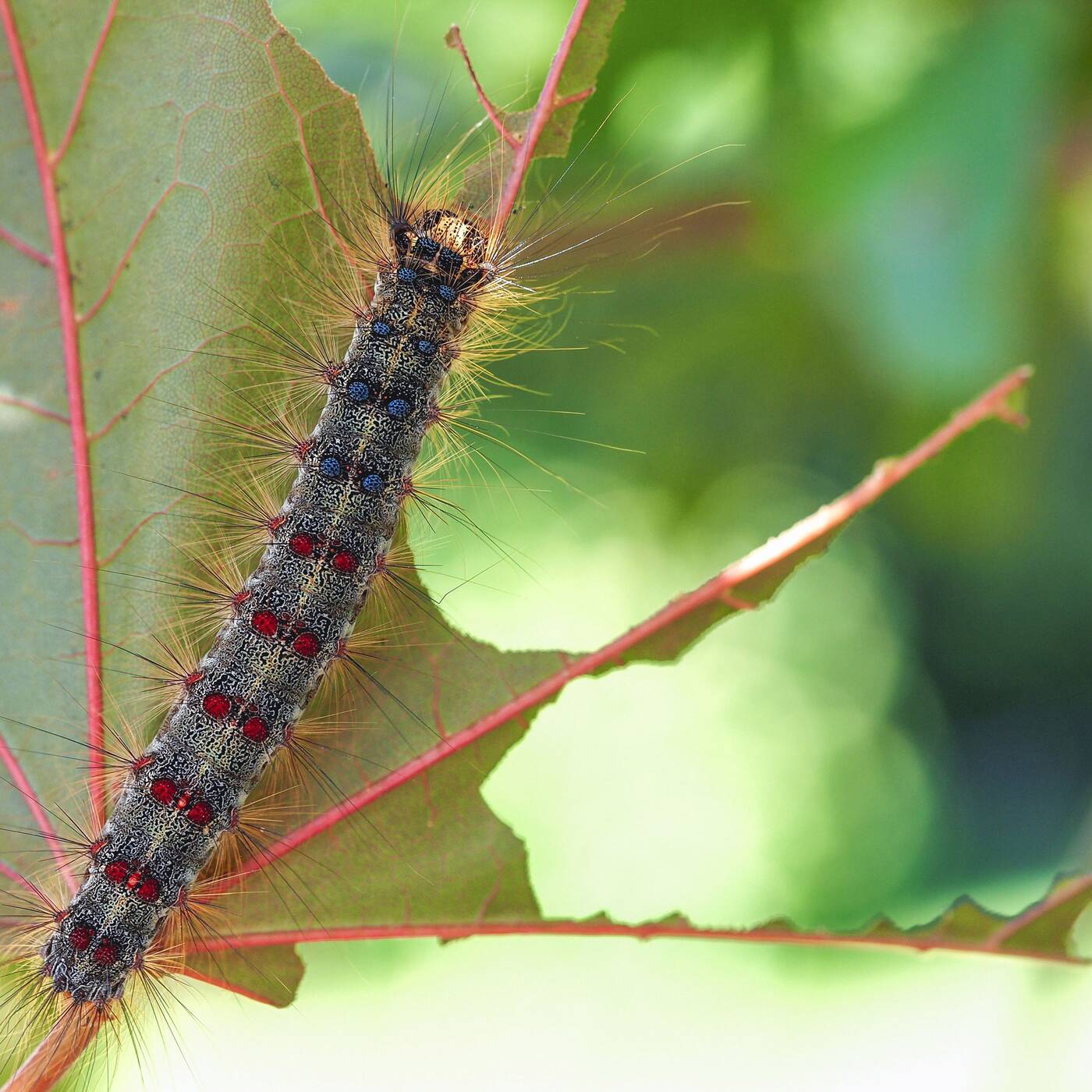 An LDD moth caterpillar feeding on a leaf. 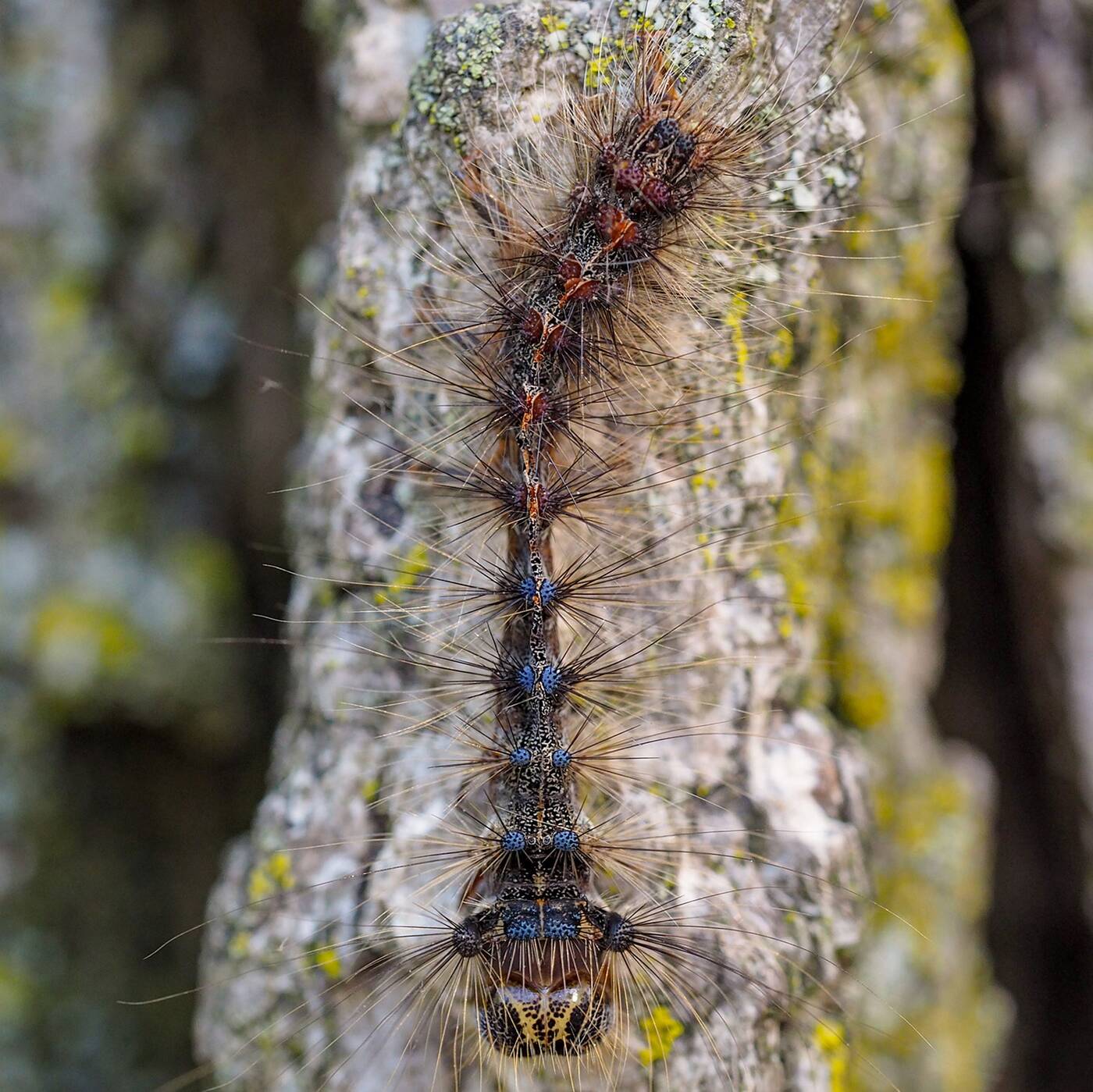 The use of a viral agent sprayed by helicopters will no doubt rile up those who subscribe to conspiracy theories, but it's really nothing new, these moth massacres regularly occurring in Toronto over the last 15 years.