Tenants in Toronto are getting mass evicted from their parking spots

There is never a short supply of disputes between tenants and landlords or tenants and property management in Toronto, where, like any big and expensive city, illegal renovictions and rent hikes, non-payment of rent and other such issues are regular occurrences, especially during the pandemic.

This week, one group of tenants in Etobicoke is taking their building's management to task over the impending loss of their parking spots, apparently due to a new condo development that has been in the works for years, but that they were only just notified of.

A 49-storey mixed-use tower with ground-floor retail is slated for 25 Mabelle Avenue, right on top of a large swath of the parking lot for residents of the existing rental building at the same address, near Bloor and Islington. 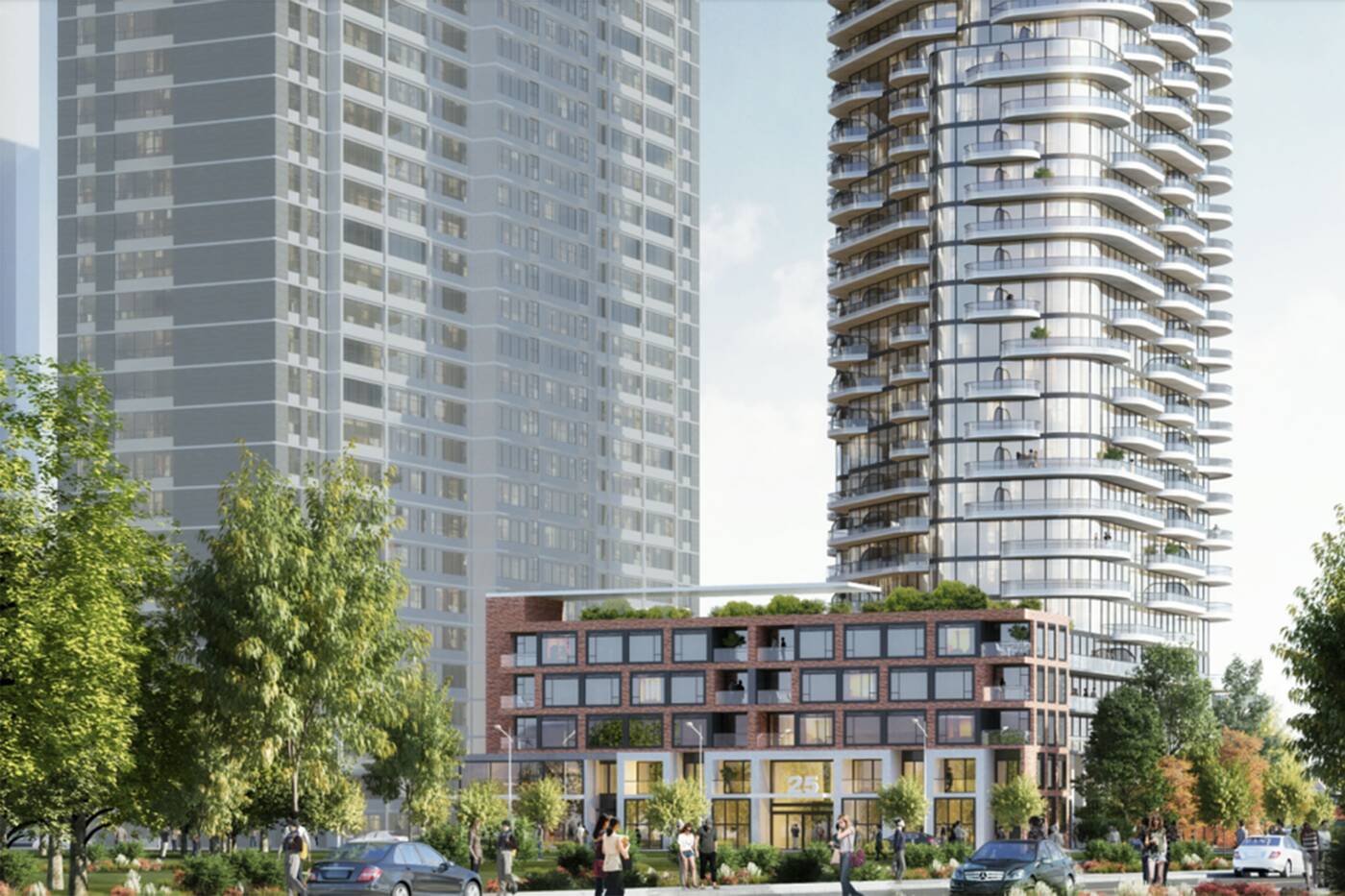 The new condo planned to take over a chunk of the existing parking lot for residents of 25 Mabelle Ave. Rendering by BDP Quadrangle.

Renters began picketing North Edge Properties outside of the building over the weekend, alongside Etobicoke-Lakeshore NDP Candidate Farheen Alim, who spoke with a few people on scene and shared the video to social media.

According to protestors, approximately half of the underground lot will be redeveloped for the new building, about which they have been given very little information. And, the 100 or so homes whose spots will be affected were only given a few weeks' notice that their vehicles will be towed as of March 1.

"A lot of us depend on our cars for our living, and if we have to park so far away to the extent that we have to take transportation to our own vehicles, we'll end up having to move," one resident told the politician.

"So in a way, it ends up being a de-facto eviction from our own apartment."

Our neighbours at 25 Mabelle Avenue are facing a looming mass eviction from their parking. You can call North Edge Property Management at 416-224-5000 and tell them to respect their tenants' rights! #EtobicokeLakeshore #OnPoli #TenantRights #Mabelle #NEPM pic.twitter.com/Q4RZjsjJQv

Despite the fact that tenants' rental aggrements state that they get a parking spot with their unit, management has apparently told them that they will simply have to sort out their own parking solutions in the coming days.