Someone just built a massive snow bear in their Ontario backyard

Looking to blow your sweetheart's mind this Valentine's Day?

Good luck topping Rob Lanteigne of Kingston, Ontario. He just won the day of love more than two weeks early with a gift for his wife that can only be described as "WOW."

"This year my husband went a little big building me my very own Love Bear snow sculpture for an early Valentines surprise," wrote Tina Lanteigne when posting photos of her adorable giant snow bear to Facebook on Saturday. 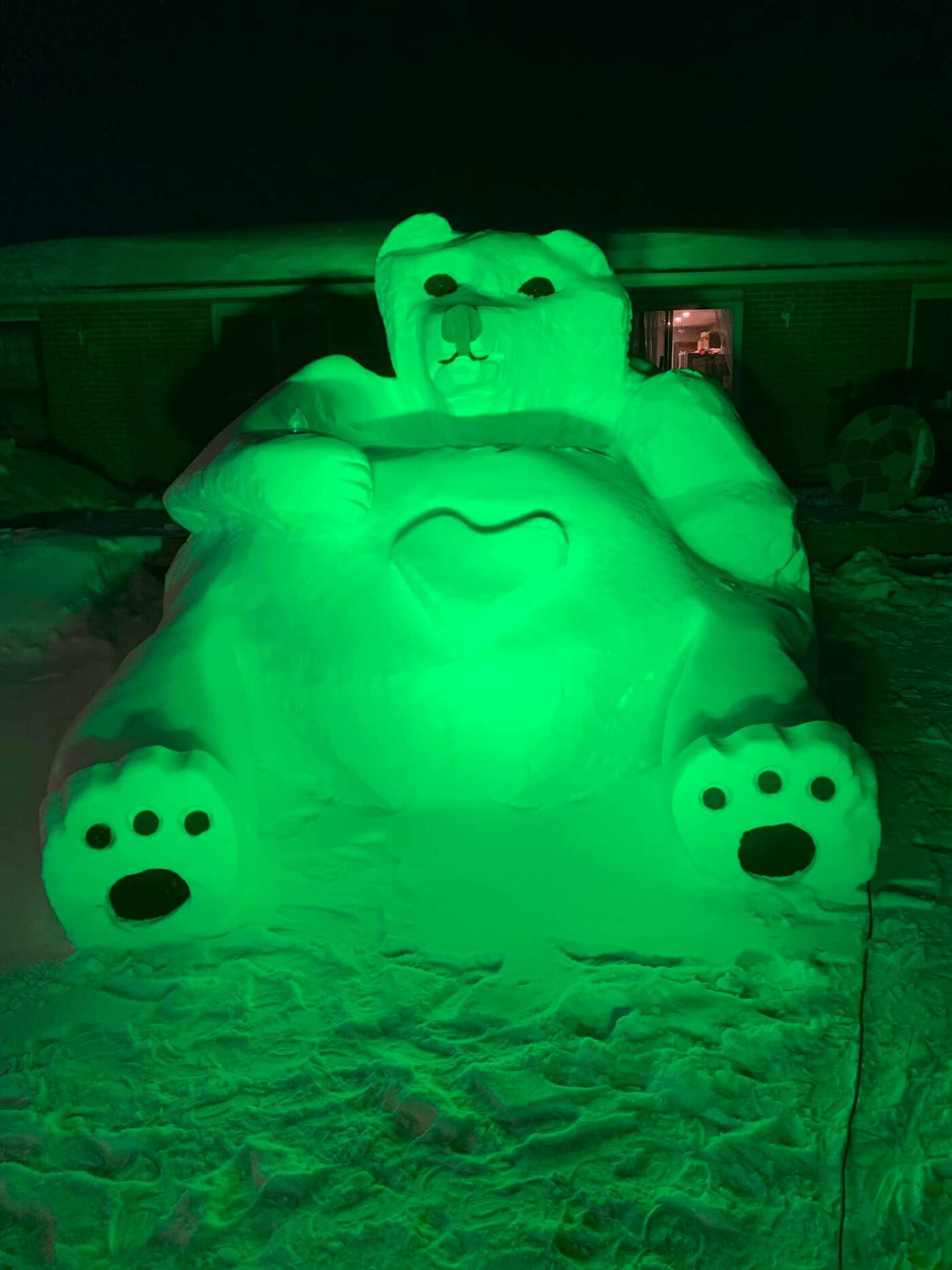 The bear is lit up at night in various colours so that anyone passing through the area can enjoy its adorable presence. Photo via Tina Lanteigne.

"With the way the world has been the last couple years I hope this lifts spirits and brings a smile to everyone who passes by," she continued.

And apparently, a lot of people have been passing by and taking note; Global News reports that the couple's backyard can be seen from Highway 38 in Kingston, making the bear visually accessible to all.

Rob, a correctional officer, built the bear specifically to face the highway so that everyone in his community could enjoy the gigantic creation. 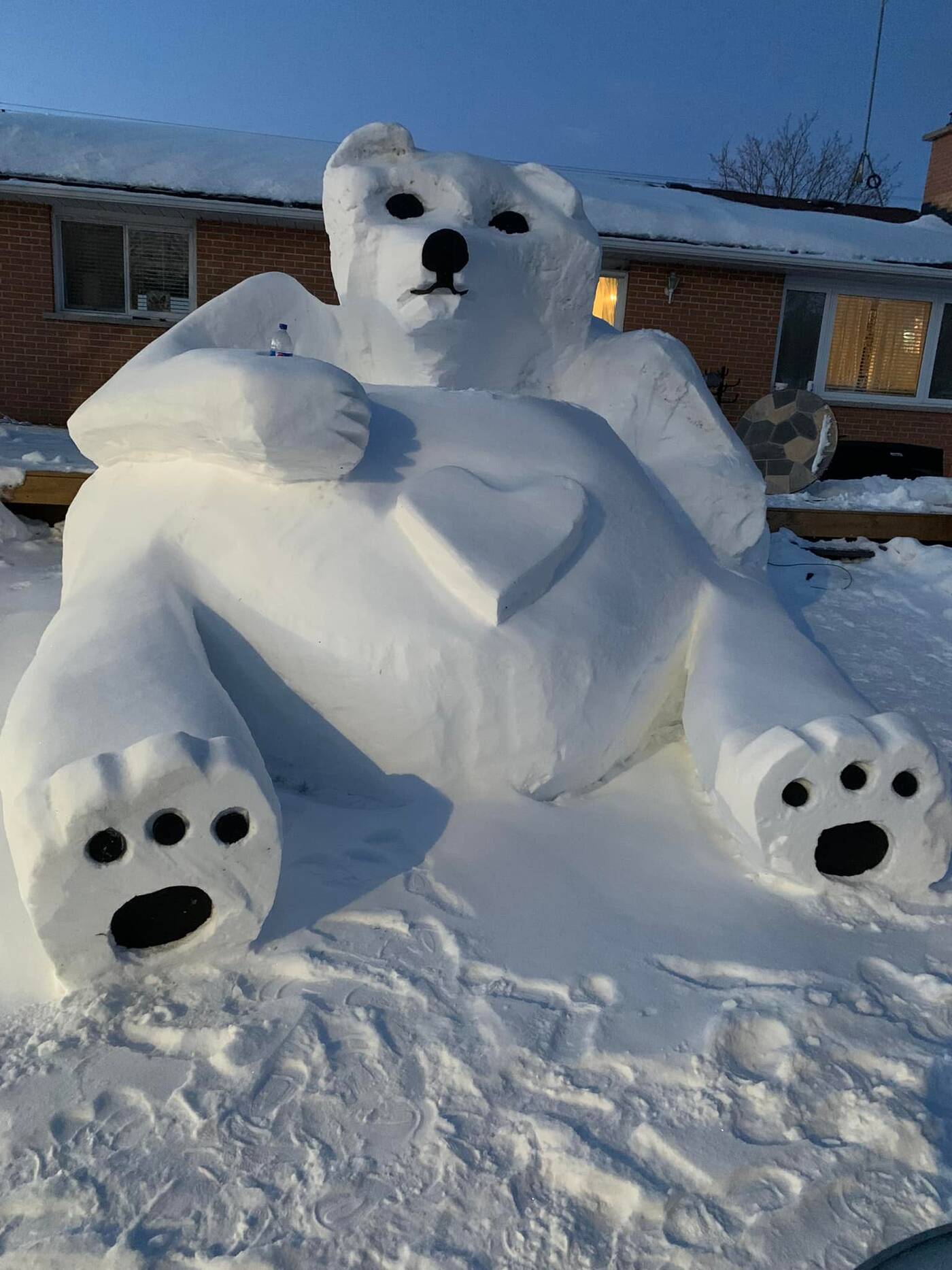 A heart in the middle of the bear was added to symbolize Rob's love for Tina. Photo via Tina Lanteigne.

According to Global, it took Rob about three days to build the snow bear in his backyard. Once the impressive structure was complete, he added a cute red scarf and a glass Coke bottle, making it look even more like one of the iconic polar bears in Coca-Cola's Christmas campaigns.

As for the eyes, nose and feet? He used hockey pucks.

"Don't wait for that one day in February," wrote Tina when sharing the photos of her unforgettable Valentine's gift. "Spread Love and kindness all year through. Thank you baby, this is amazing, Rob."