Though people in Toronto may finally be past the worst of COVID-19 and its resulting lockdowns, the pandemic really has pushed a lot of us to our mental edge over the last two years, leading to heightened demand for mental health services amid rising rates of suicidal ideation and actual suicides, eating disorders, overdoses, cases of domestic violence and other such issues.

While these sorts of impacts are only beginning to be even remotely quantified, mental health has become perhaps more pertinent a topic of conversation than ever, along with discussions of lack of access to help for mental health issues, and, after a few notable incidents, the city's response to those in mental health crises.

Now, some new data from the Toronto Police Service has shed some light on what demographics in the city have been most prone to such crises in recent years, with numbers about crisis calls received by the force between 2014 and 2020. 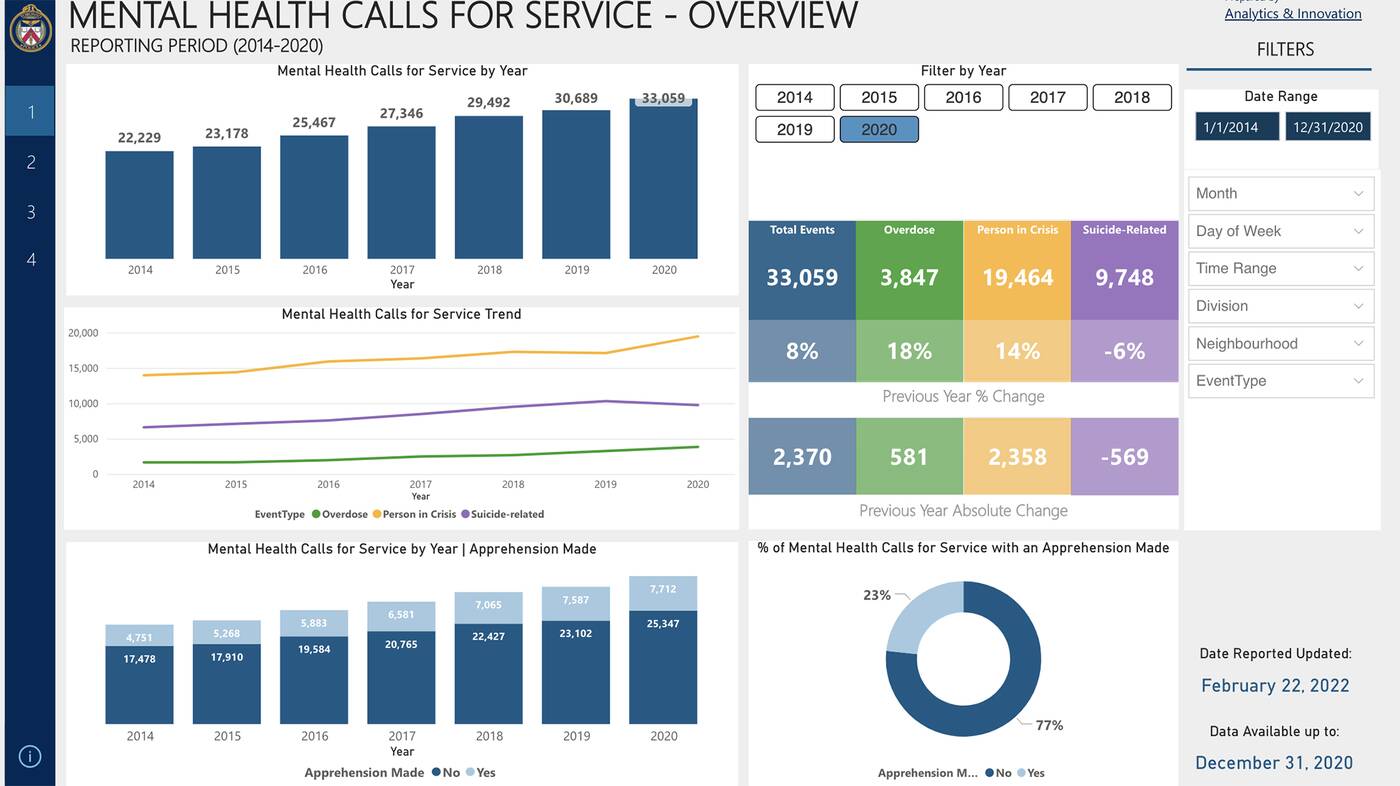 As a release on the topic clarifies, the information provided covers persons in crisis calls for service, which "includes calls attended by a police officer for various attempt or threaten suicide occurrences, as well as overdoses," and also mental health act apprehensions, which is when "an apprehension has been made under the Mental Health Act because a police office has had reasonable grounds to believe that a person is acting in a disorderly manner and is a threat or at risk of causing harm to themselves or others."

And, the numbers show a steady rise in both, peaking at a whopping 30,689 calls for service over a mental health crisis in 2020, and 11,707 mental health act apprehensions that same year.

Those aged 25 to 34 were by far the most predominant group for MHA apprehensions specifically, comprising 3,508. Men were also the subject of more calls than women (58 per cent vs. 42 per cent). 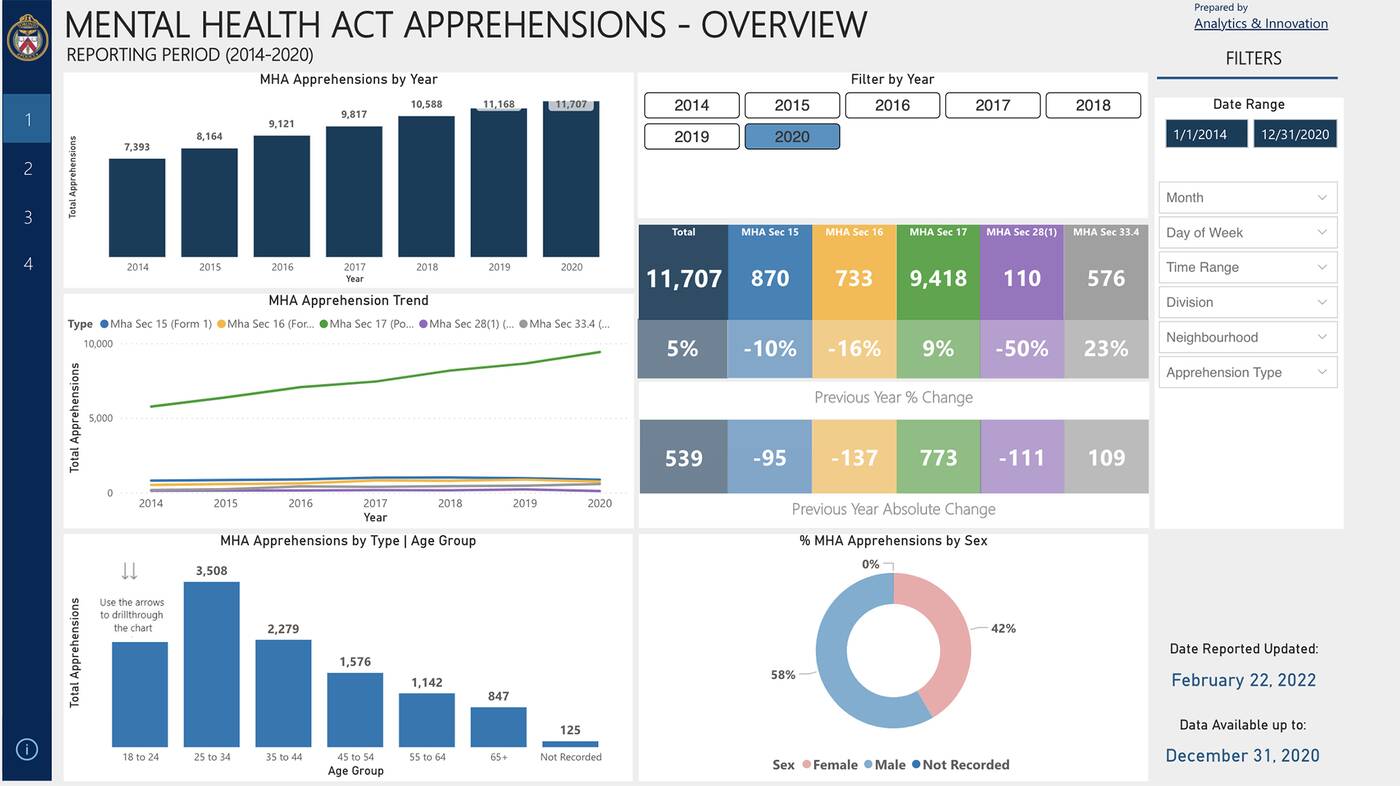 Geographically, the Church-Yonge Corridor was the site of the most of such recorded mental health events over 2020 (2,104), followed by Moss Park (1,411) and Parkdale (972). Kensington-Chinatown and the Bay Street corridor also had particularly high numbers, while Alderwood  saw such calls skyrocket a staggering 96 per cent from the year prior. 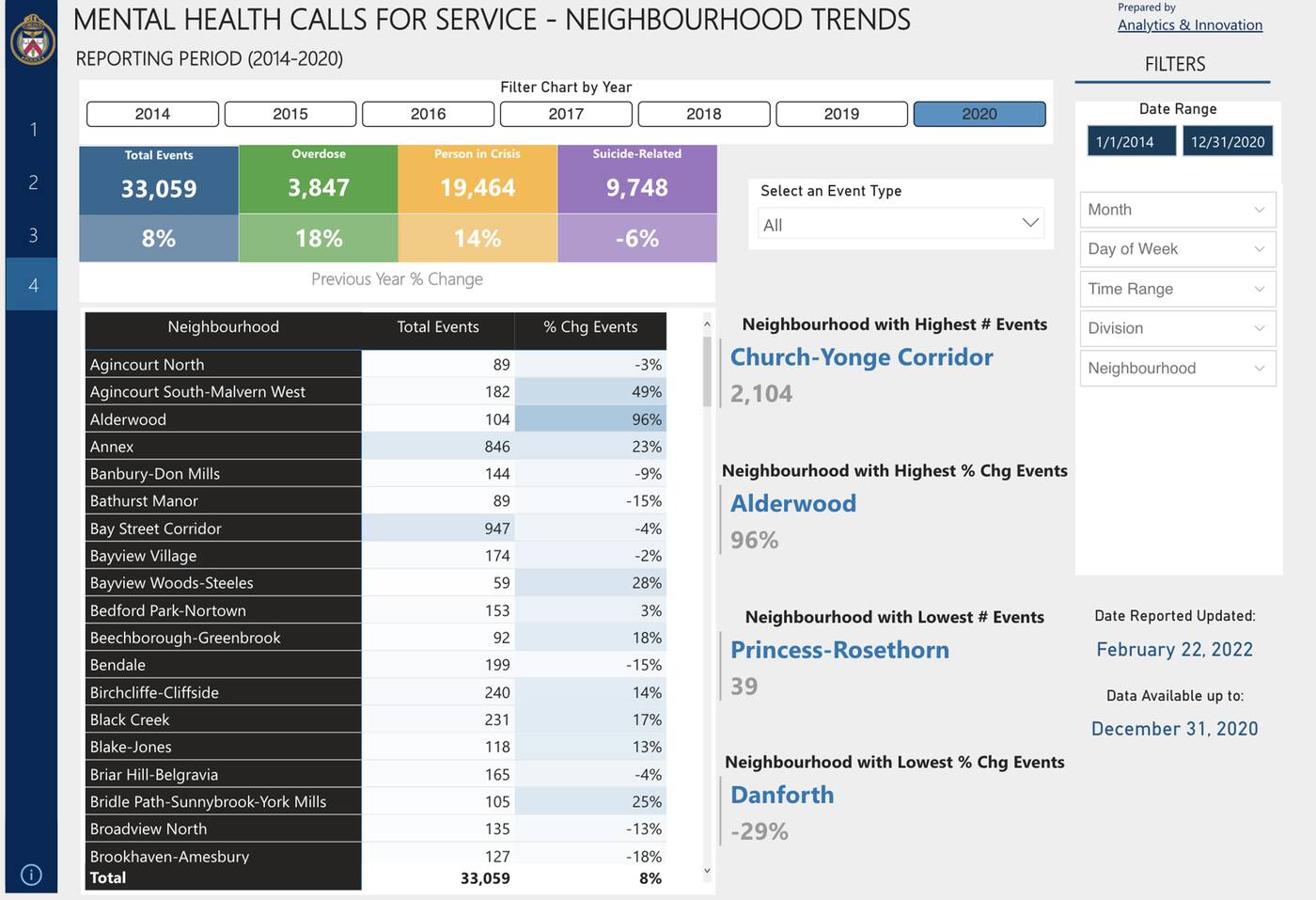 More nitty-gritty numbers about times of day, days of week and months per year that saw the most calls is also included in the datasets, which will now be updated annually as part of the service's new strategy for dealing with mental health and addictions.

"The Toronto Police Service recognizes the complexity of mental health and addictions issues and our strategy demonstrates our ongoing commitment to effective, compassionate and respectful responses to these complex issues," Chief of Police Jim Ramer said in a statement when the data was first released Wednesday.

"Making this information openly available is one step we are taking towards sharing our progress with the community and our partners."