Initially created as a fun side-project, an interactive map offers a quick and easy way to see Toronto Police calls for service across the city.

Software developer Riley Durant says he first made the map, called TPScalls in 2017 when he was unemployed. Toronto Police Services has data and maps on their website but it is not that accessible or easy to use.

"I figured for like a fun side project why don't I try recreating it myself," Durant tells blogTO.

At the time, he was dating someone who kept getting woken up by police sirens. She wanted to know what was going on.

"It was getting really frustrating waking up at 2 a.m. to sirens and not understanding what's going on."

He wanted to improve on the Toronto Police Services version and so he launched his own map as a proof of concept. Durant has shared it with friends and on Reddit but he thinks more people might find it useful.

The map is interactive so people can click on a dot and a box pops up with the type of call — such as an assault, robbery or even indecent exposure — the general area, date and time is also listed. 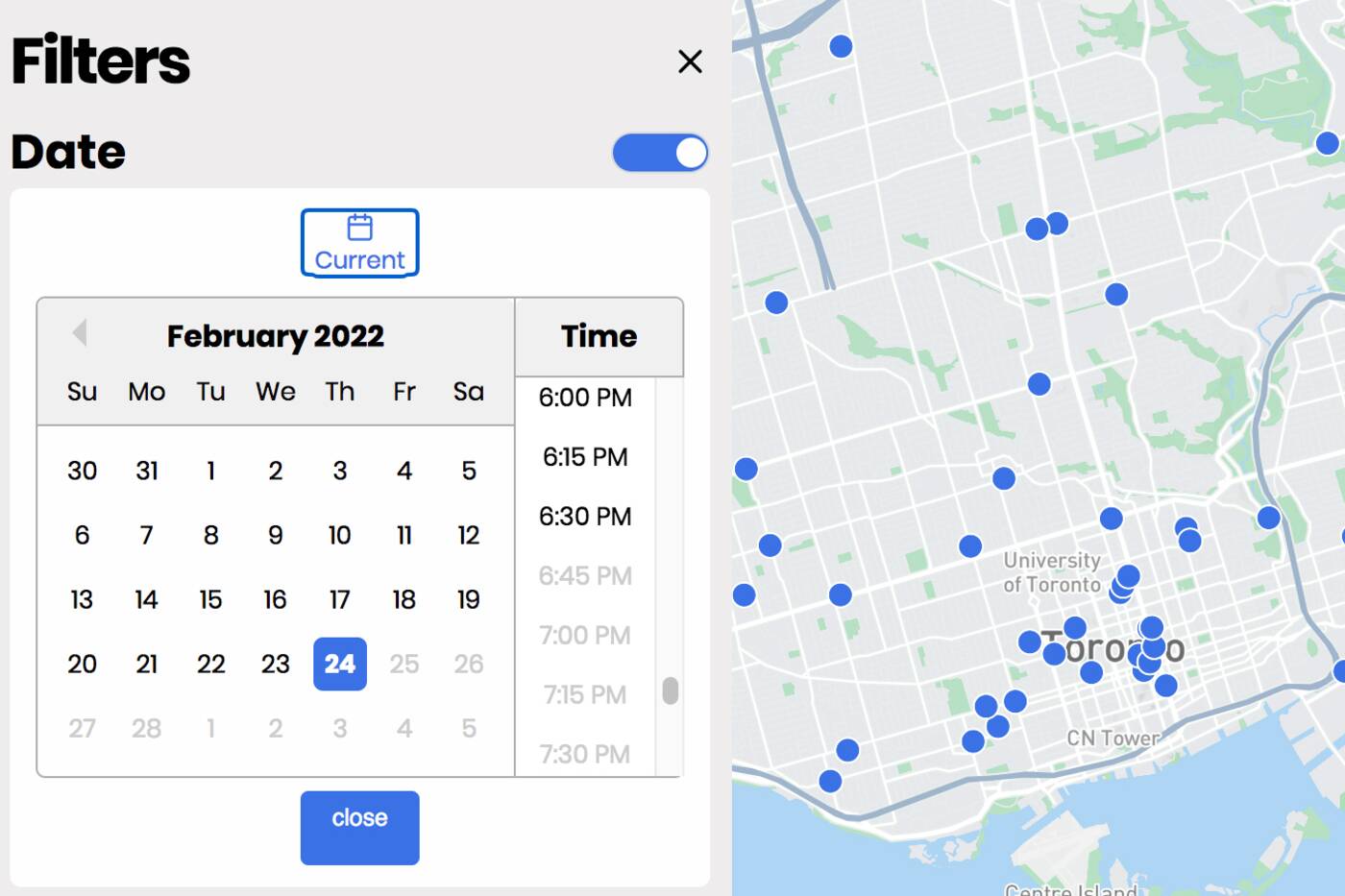 The map can filter calls for date and time.

"It's a great tool, like a lot of people in the city that I've mentioned it to or showed it to love it. And they check it every single day, but I haven't really shared it around," he says. "I want to get more people out in the public to know about it."

He doesn't allow ads on the site and doesn't make money off it.

"I feel like this information is just information that people deserve to know," he says. "And they should have a tool that works properly, and so they can see what's happening around them in the community."

He has it set up to gather the data from Toronto Police Service and feed it into his map. The calls for service are limited to those publicly available. Calls for domestic violence or sexual assault would not be online for privacy.

In the last few years, he has made some improvements to the map, and he has shared it with Toronto Police Services but didn't hear back.

He now works full time as a software developer so doesn't have too much time to work on the map but he has some ideas for improvements.