Toronto's oldest Hindu temple is about to get a major facelift

Toronto's oldest Hindu temple, tucked away in a residential neighbourhood, looks like a church, but that will soon change.

The Hindu Prarthana Samaj temple bought the old church at 62 Fern Avenue in Roncesvalles back in 1973, says Naresh Thakur, general secretary for the temple.

The building's history dates back to the late 1800s, according to the Architectural Conservancy of Ontario. 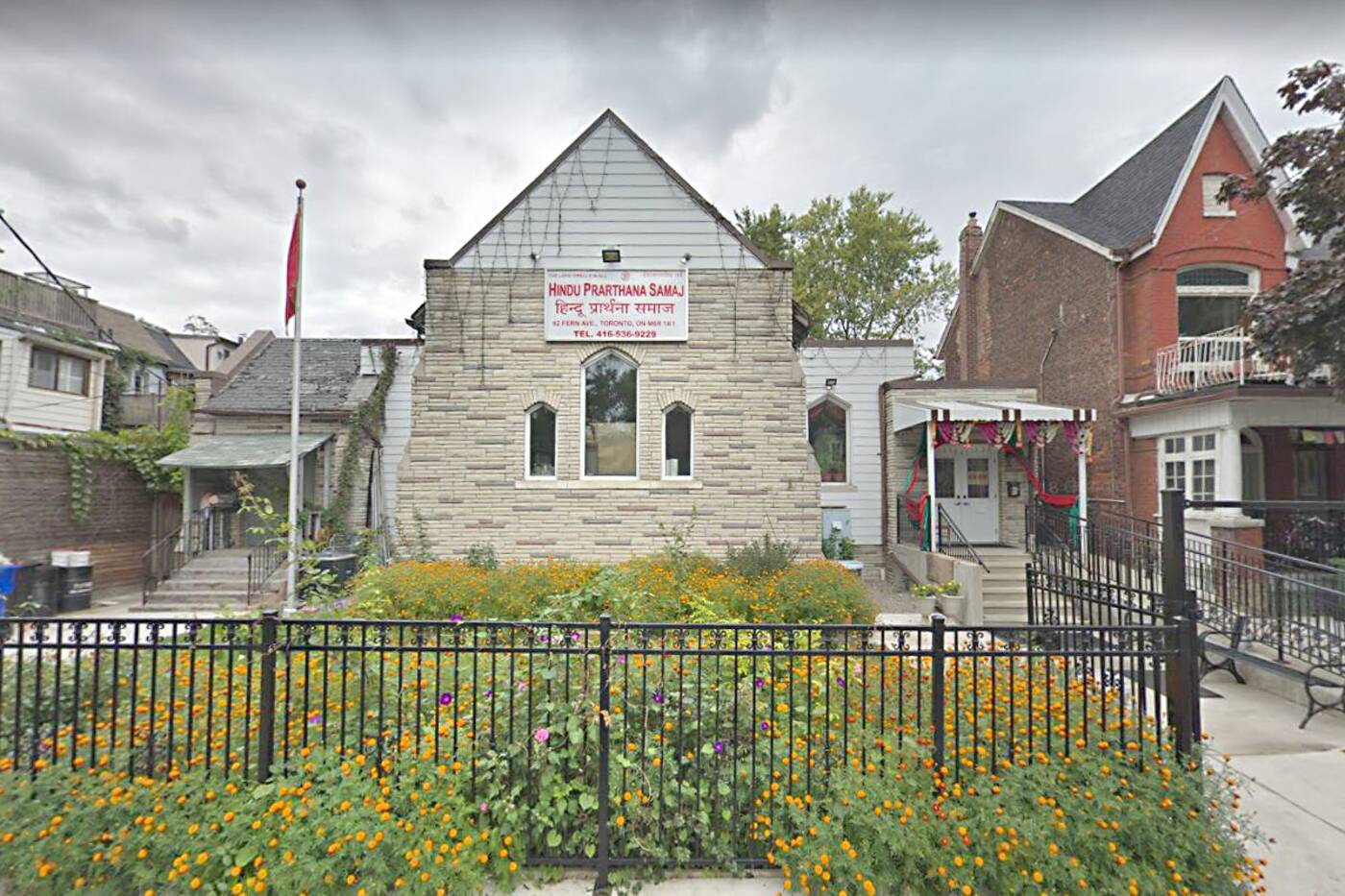 The building at 62 Fern Avenue was once a church. Google Maps photo

From around 1910, the building was home to the Fern Avenue Church of Christ until purchased by Hindu Prarthana Samaj. The temple's roots date back to 1966 in Toronto with a group of Hindu families gathering in the city. 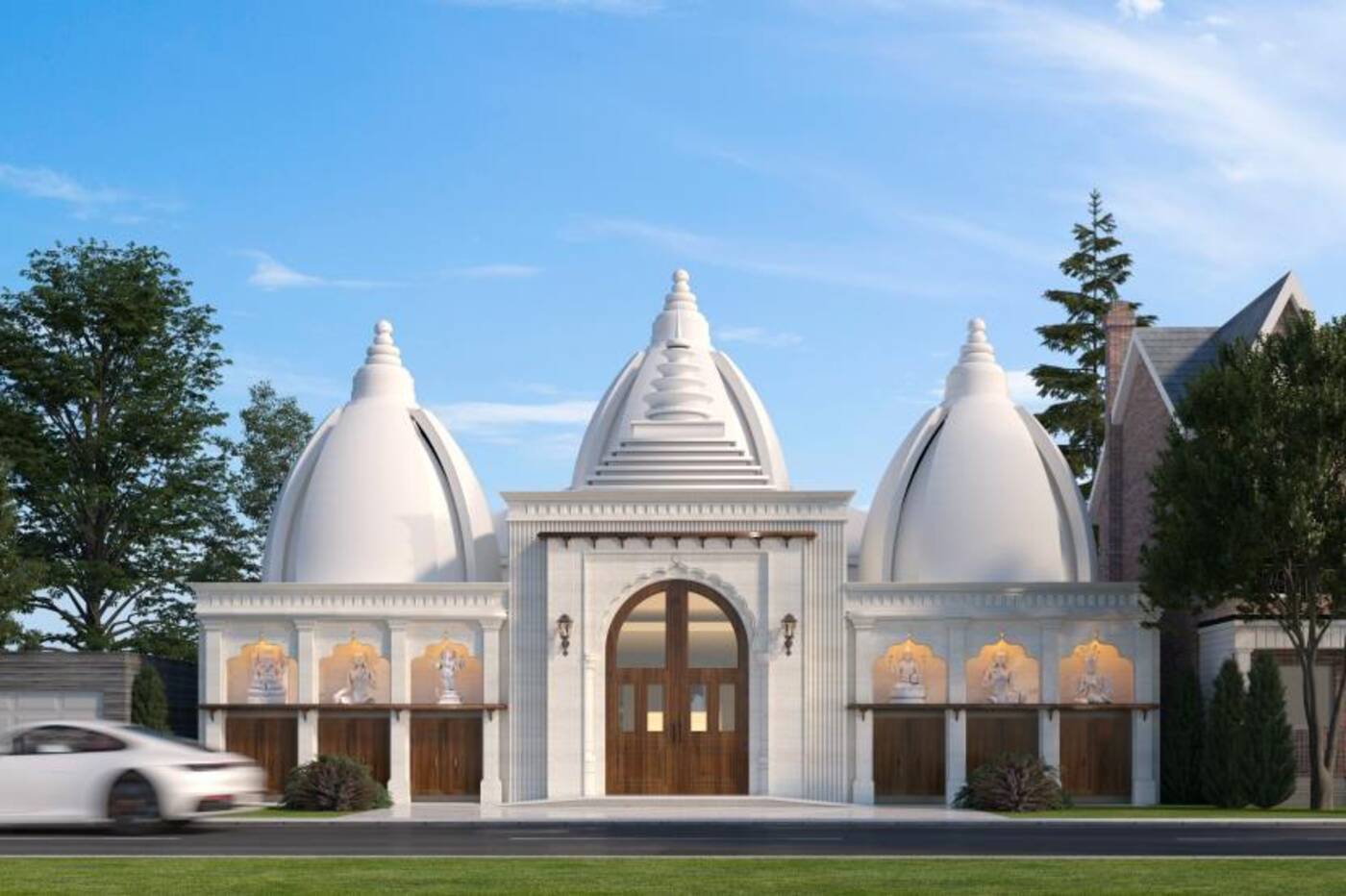 Now, the Hindu Prarthana Samaj community wants the former church building to look more like a temple. They aren't planning on tearing down the building or increasing the footprint. They will only demolish the front of the building and replace it with a more traditional Hindu structure.

"It's going to be the same [building] though but we just kind of remodelling it as a Hindu temple," Thakur tells blogTO.

Renderings show a façade with Hindu statues, an ornate entranceway and three domes on the roof. 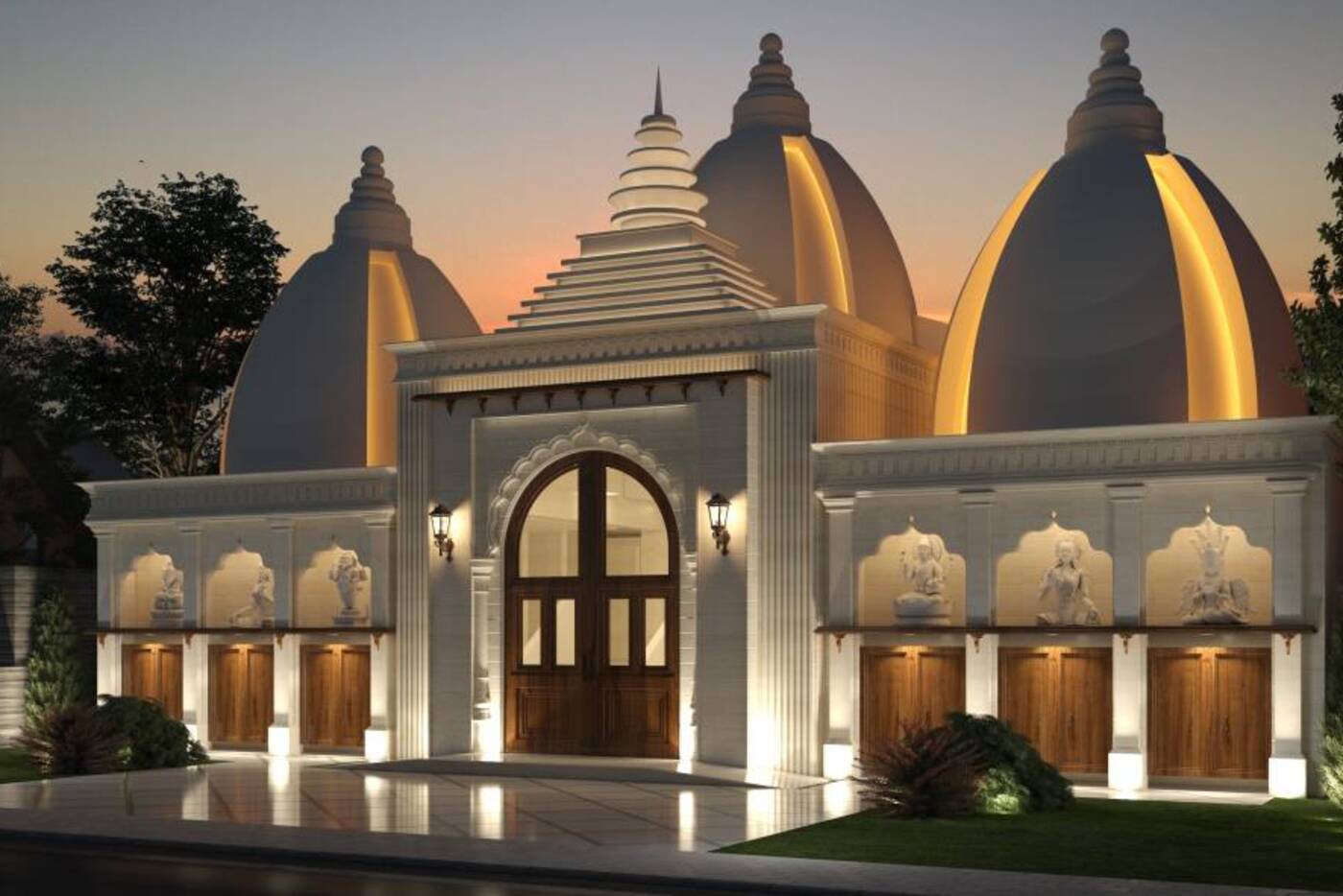 The plans will make the building look like a Hindu Temple. Rendering via Hindu Prarthana Samaj

Construction is slated to start next month and the temple has a ceremony planned on Feb. 5 in advance of the renovations. 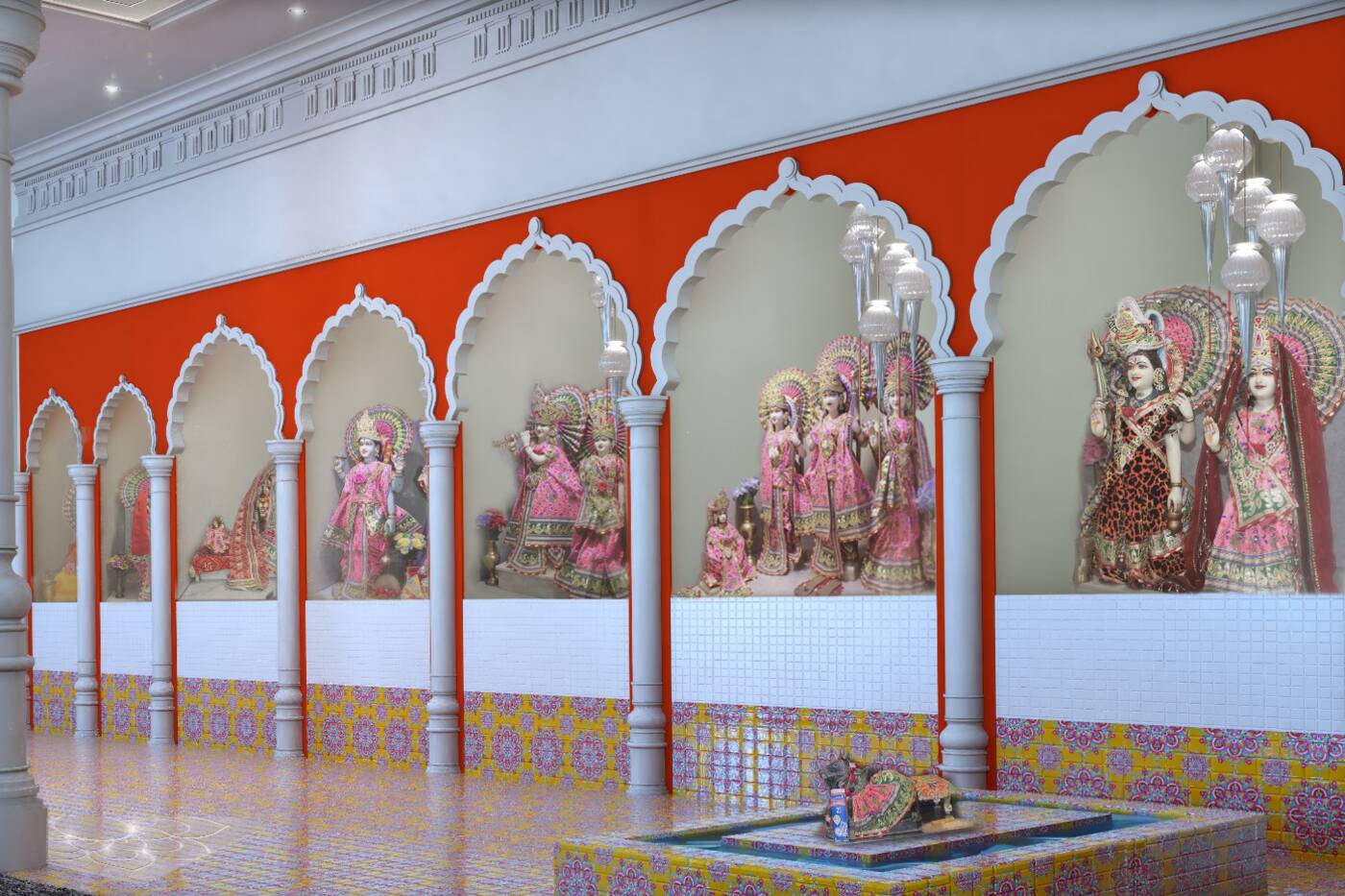 The inside of the building is also being completely redone. Rendering via Hindu Prarthana Samaj

Plans also include renovations to the inside with columns with niches, decorative features, new washrooms, and a new dining hall. The total cost of the project is estimated at $1.5 million. 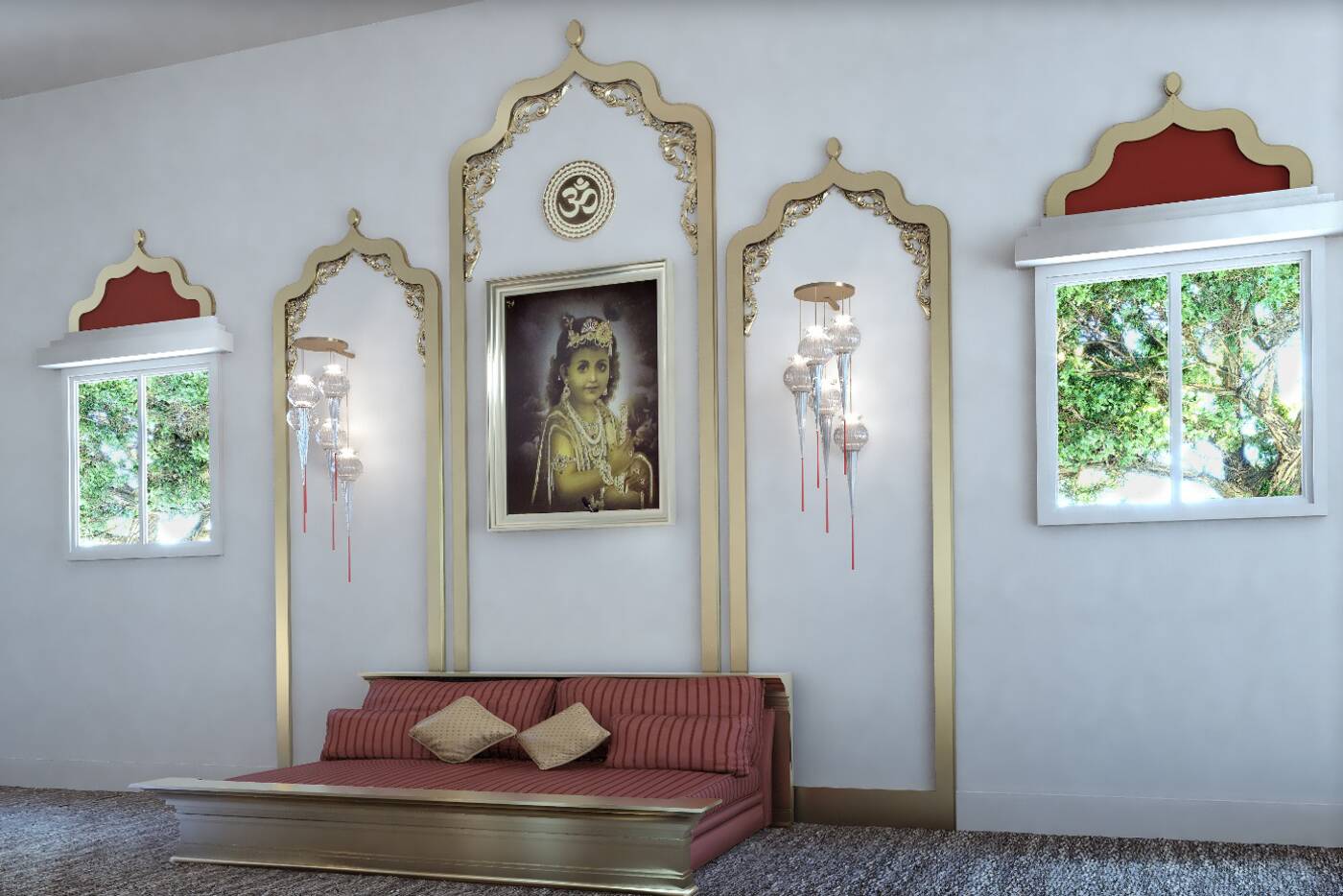 The temple renovations are expected to take six to eight months. Rendering via Hindu Prarthana Samaj

The temple will be closed during the renovation and Thakur says they are looking for a temporary gathering place. He expects it will take six to eight months to complete.