A Toronto Public Library (TPL) branch in East York is planned to be rebuilt with a modern complex distinguished by a gorgeous flowing exterior, but some housing advocates aren't happy about the plan's elimination of existing residential uses on the site.

The TPL's Dawes Road Branch at 416 Dawes Rd. was built in 1976 and refurbished from 2001-2002, but you'd never know it from its rough exterior. The current complex is also home to eight condominium units hidden away above the library, with an address of 414 Dawes Rd.

As part of a plan to redevelop the branch with a rebuilt library and a city-operated community hub, the city entered into negotiations to purchase the eight residential condominium units in 2017, but the redevelopment's lack of replacement units is facing criticism from housing advocates.

"Multiple apartments will be LOST when a Toronto Public Library location is redeveloped, with no plans to replace the living spaces above the branch..." @McAllister_Mark speaks with a frustrated #AffordableHousing advocate on @CityNews - #TOPolihttps://t.co/wYvFjBTbNS

In place of the current homes and library, Toronto would get a brand new $20 million building unlike any other library or community hub in the city. 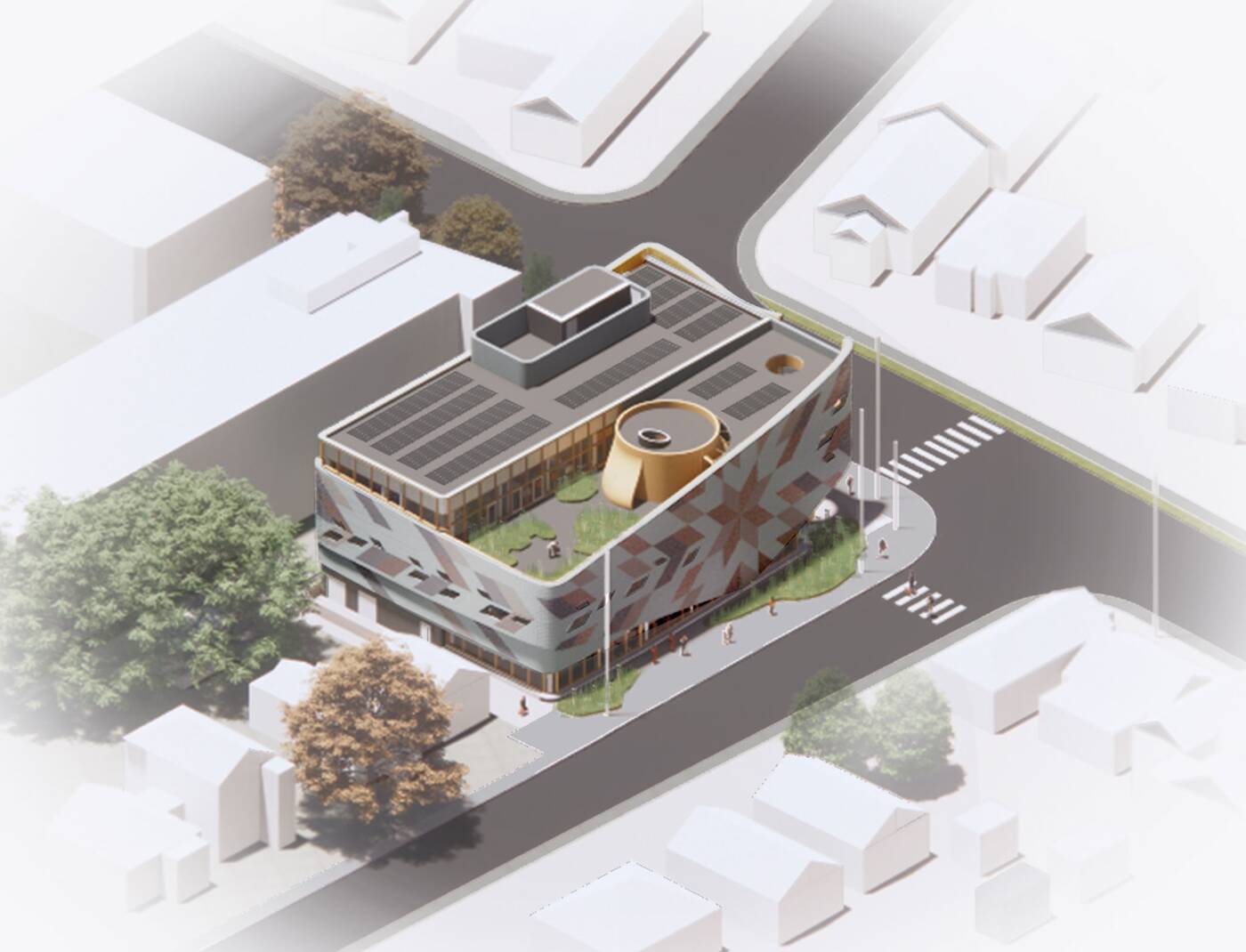 Designed by architects Perkins + Will working in collaboration with Indigenous-led firm Smoke Architecture, the new Dawes Road Branch and Community Hub's exterior is influenced by the symbolism of the blanket in Indigenous cultures. 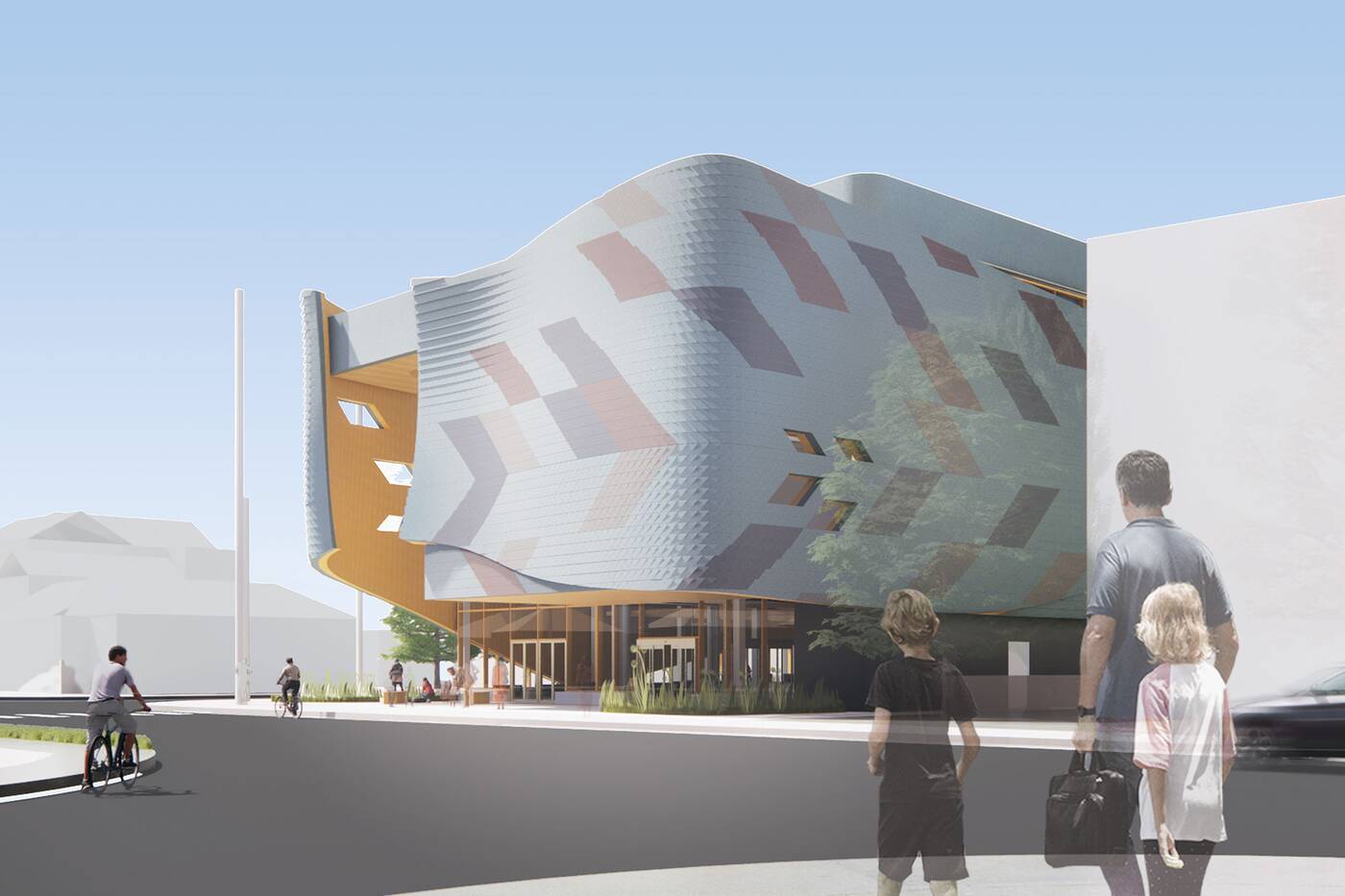 A blanket-like exterior will wrap around the structure and frame its main entrance.

This design is based on the "Starblanket," symbolizing healing and holding other cultural significance, representing an item traditionally offered as a gift to celebrate important milestones in life. 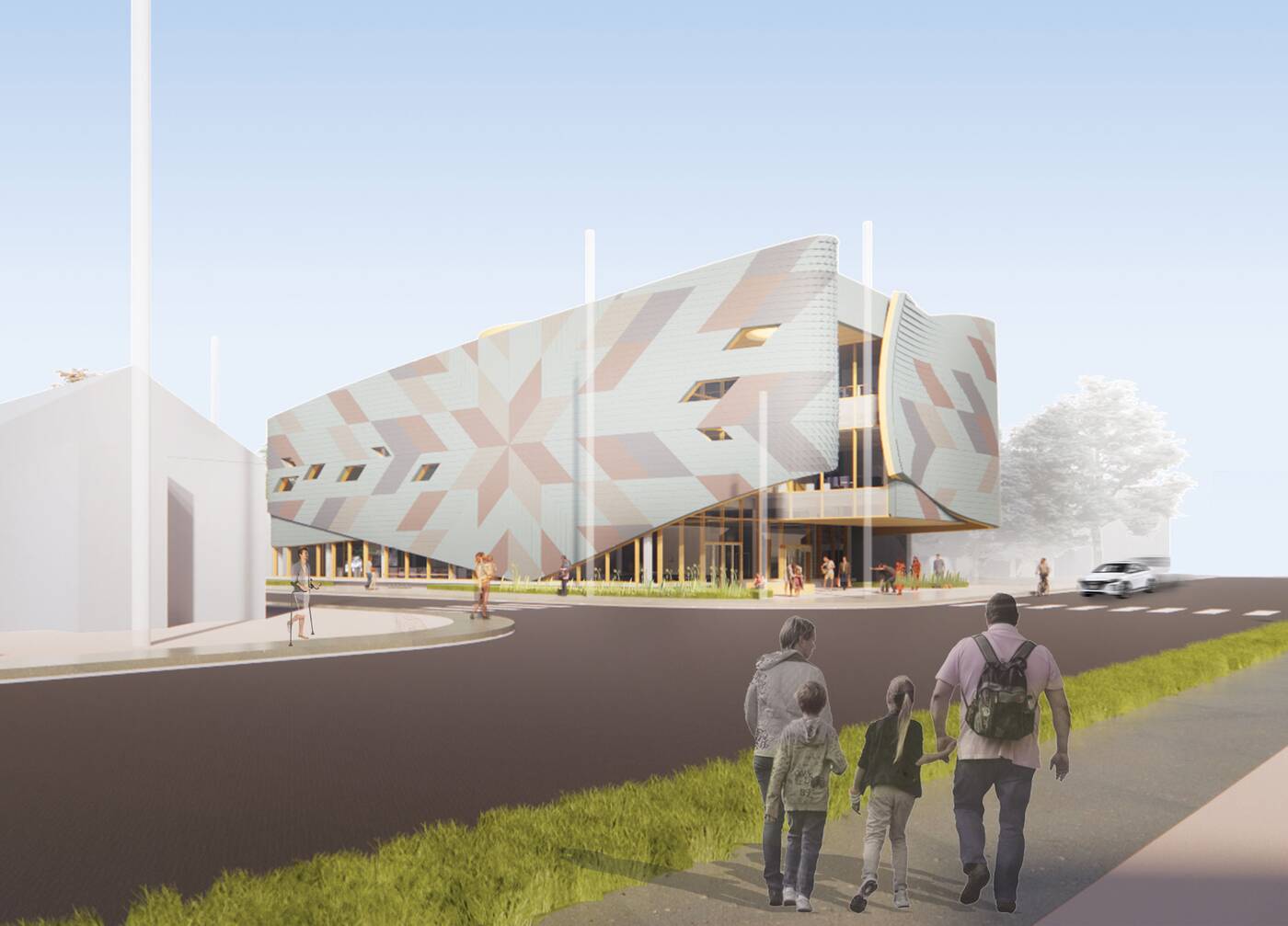 The "starblanket" pattern is evident in the design, creating a visual connection to Indigenous culture.

Not only will it stand out in appearance, but the new branch is set to be much larger than the current facility, more than tripling its size from 6,500 to 20,000 square feet, in addition to another 5,500 square feet dedicated to the new community hub.

All of this new library space will support expanded collections, a larger youth hub and teen's area, expanded programming space, and a range of other improvements like WiFi seating, new outdoor spaces, and study rooms.

The community hub will include a kitchen, office space for city staff, mental health treatment rooms, and spaces for community service providers to offer services to local residents.

Beaches-East York city councillor Brad Bradford tells blogTO that the building will be "one of the most beautiful and spectacular spaces in the whole city." 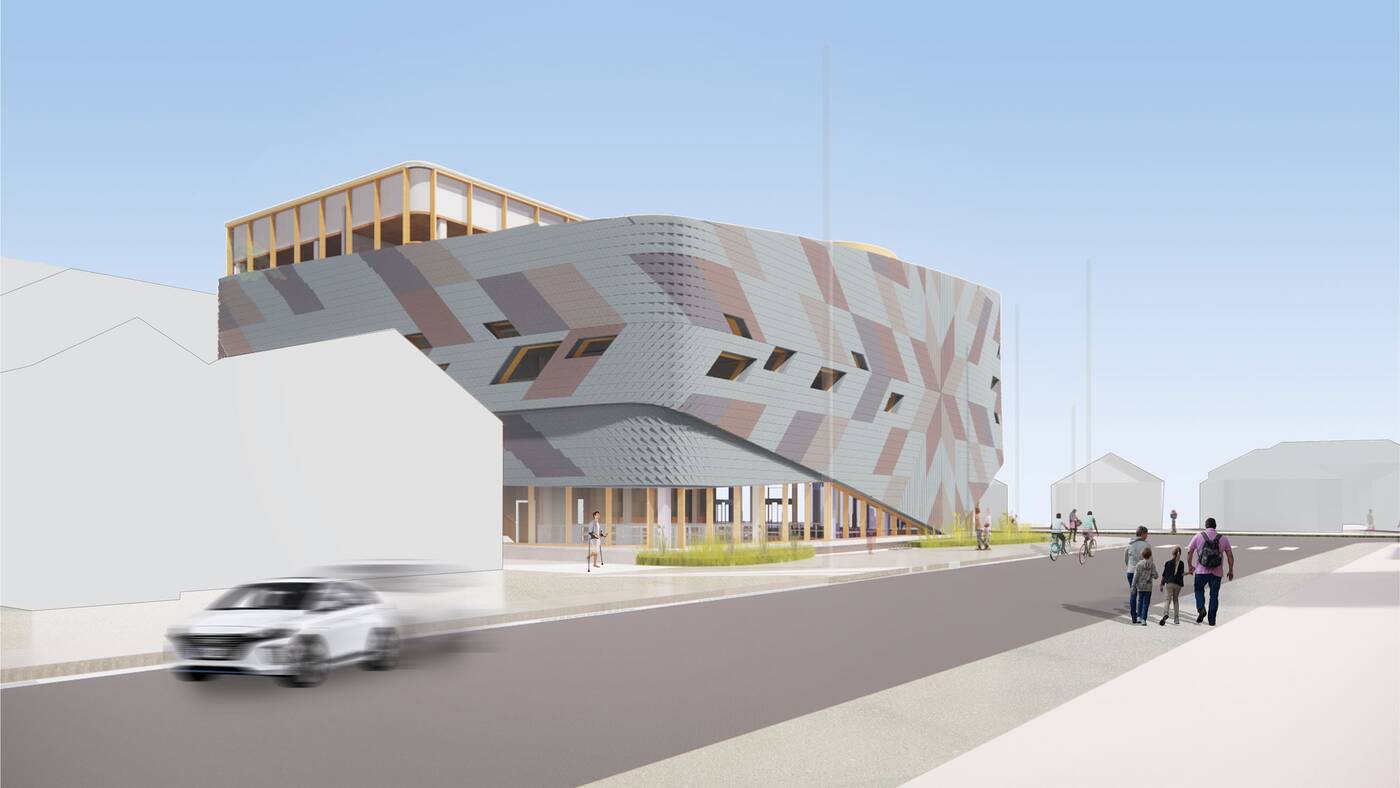 The building has been designed to be a landmark for its area, but it would mean the loss of eight residential units.

Bradford stresses the importance of investing in beautiful design across the city, but the councillor is "especially proud of this project going above and beyond to reflect the histories of Indigenous communities in the area."

Among the building elements Bradford is excited about, he specifically draws attention to a "roundhouse inside that will also reflect design principles and the kinds of spaces that are important in many Indigenous identities."

According to Bradford, design principles like these have the potential to "bring together Indigenous and non-Indigenous communities in a culturally safe and relevant space."

Based on the current timeline, TPL expected approval from the city in 2022, with construction to begin late in the year, and a projected opening in 2025.