Toronto neighbourhood frustrated over how disgusting their dog park has become

A Toronto dog park is practically a mud pit and area residents would like to see something done.

The Cedarvale Dog Park is a great spot to take dogs for an off-leash romp but recently it has become nearly impossible to use, says dog walker Andrew Wood of Forest Hill Dog Walkers & Pet Services Ltd.

When Wood posted photos of the mucky mess, calling it "disgusting and bordering unusable," people in the community responded.

"Wow this is just awful especially in such a beautiful area," one person wrote.

Some said they didn't bring their dog to the park because of the lack of care for the park. 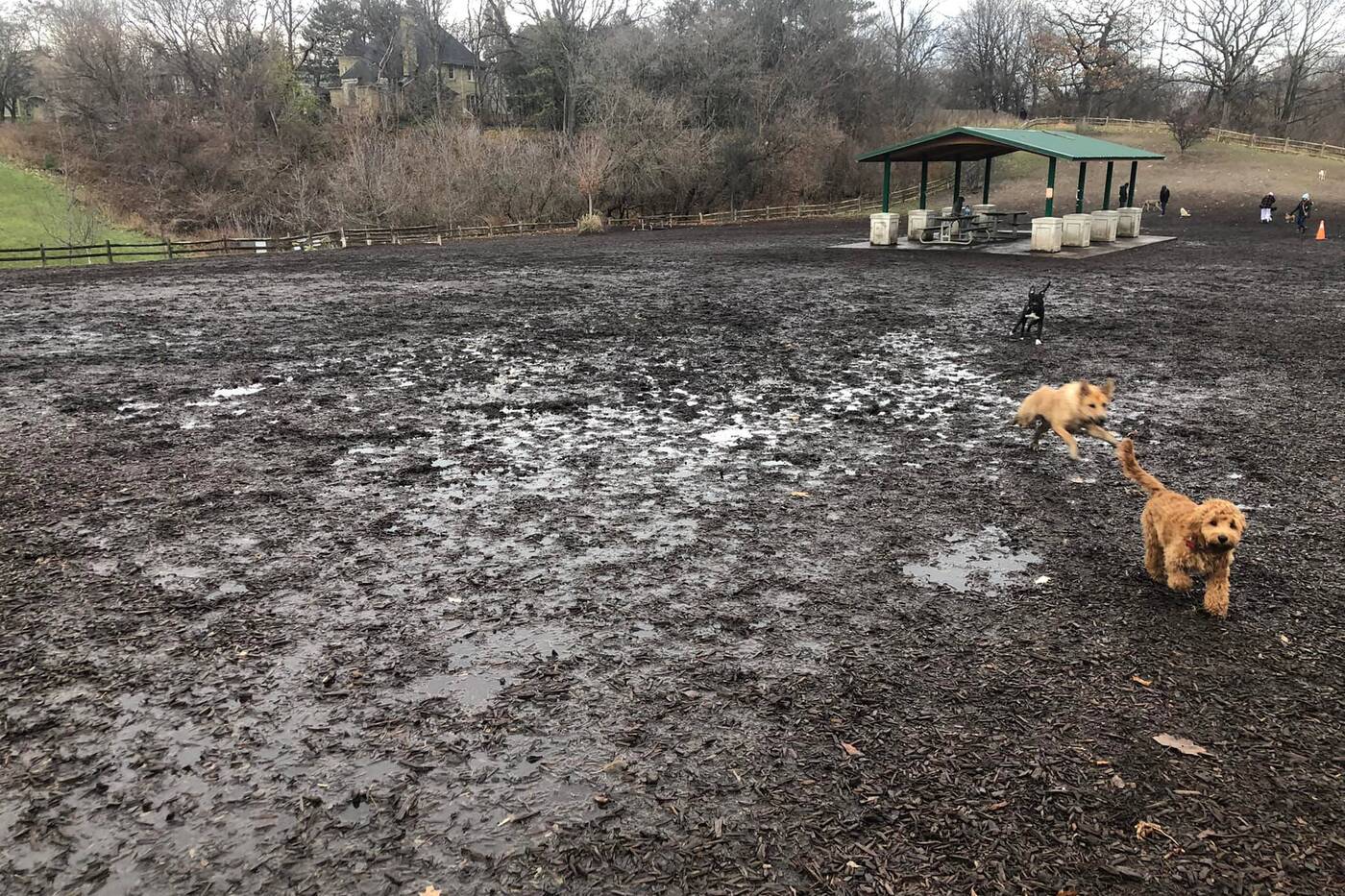 The off-leash area in Cedarvale Park is a muddy mess when the temperature drops.

And while Wood understands there are bigger issues the city is facing, he says the fix is simple and not expensive. The city just needs to add some wood chips once a year, in the fall, to maintain the park.

He contacted Councillor Josh Matlow and heard back but a few weeks later, the park is still a mess. So he decided to "rally" the community and was surprised at the response.

"There were 60 or 70 people that liked and commented throughout, but then I got personal messages," Wood says. "I wasn't even expecting this type of support from the community to be that much of a response. I was just like, this needs to get done."

A City of Toronto spokesperson tells blogTO the cedar-mix wood chips are on the way.

"These specialized wood chips have been ordered and will be installed in approximately 6-8 weeks," the spokesperson says. "Like all park amenities, Dog Off Leash Areas require periodic maintenance, including the top up of surface materials, which is done on an as-needed basis."

The park is a high-use area and as a dog walker, Wood likes to bring dogs there for clients who want their dogs to have off-leash time. He has been going to Cedarvale for about 10 years and says this is a constant issue. Gates have been left in disrepair and a structure in the park didn't get finished until people complained.

He says the park should be a beautiful spot and source of pride for the community.

"That dog park is the best. It's the best as long as they put wood chips once a year. So it doesn't get to that level," he says.