If you thought the notoriously confusing reversible lane in the middle of Toronto's Jarvis Street was a headache for drivers, Ontario has just unveiled a highway plan that seems like it will surely test the skills of drivers. But it probably won't.

The province's new 2+1 highway pilot will convert two stretches of the three-lane Highway 11 — part of the Trans-Canada Highway — north of North Bay into a new model where the centre lane changes direction as often as every two kilometres, though some switches will be spaced as much as five kilometres apart.

Despite its seemingly confusing configuration, this pilot project is actually designed to improve road safety and traffic flow for a critical link to Northern Ontario.

It's being touted as a first on the continent by the Ontario PC government, with Minister of Transportation Caroline Mulroney saying, "Our government is moving forward with the first-ever 2+1 highway pilot in North America to help make our roads safer."

While no 2+1 roads exist on this side of the Atlantic, this type of alternating arterial is already well-established in Europe, with examples in Finland, Germany, the U.K., Portugal, Russia, and several other countries across the globe.

Unlike the reversible Jarvis lane that offers no separation and only overhead light cues, a barrier will (luckily) divide both directions of fast-moving highway traffic, zigzagging every few kilometres to give drivers on both sides partial access to the centre lane.

The province has identified two locations for the pilot project; a 14-kilometre stretch of Highway 11 from Sand Dam Road to Ellesmere Road, and another 16-kilometre run between Highway 64 and Jumping Caribou Lake Road. 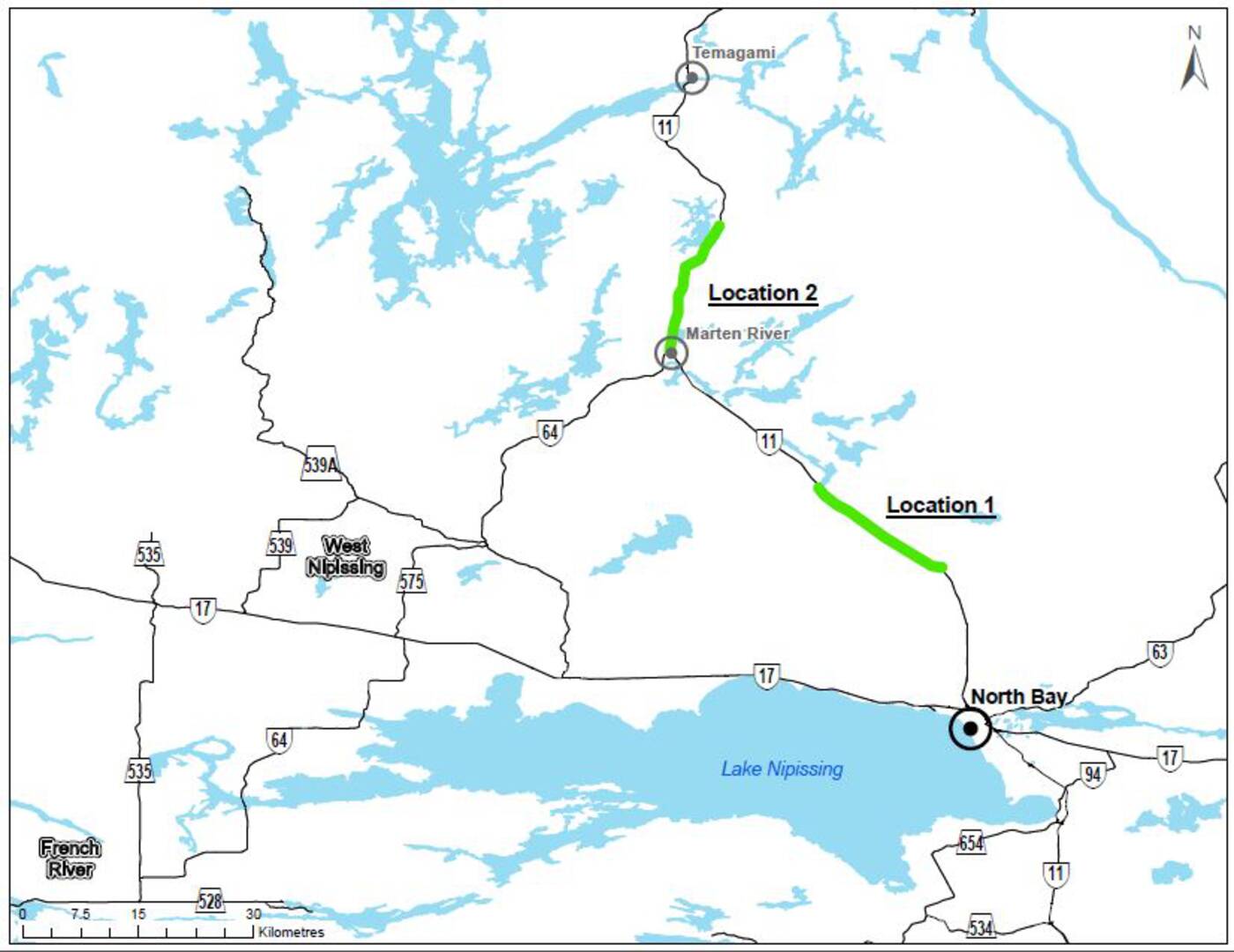 The two stretches where the proposed 2+1 pilot would be implemented. Image courtesy of Ontario Ministry of Transportation.

The plan is to implement the pilot in the new year, with the province accepting comments from the public until Jan. 11, this feedback to shape the project's preliminary design.