In southern Ontario, most know of ice roads only through sensationalized reality television shows, but in the province's northern hinterland, these temporary frozen highways are more than just a novelty, providing essential seasonal infrastructure.

That's why the province is investing $6 million to connect 31 remote First Nations communities and the Town of Moosonee through the construction and maintenance of 3,170 kilometres of temporary snow and ice roads this winter.

No, that is not a typo. The over 3,000 kilometres of sub-zero roads will serve more than 21,000 Ontarians in the province's far north, operating from approximately mid-January until the spring thaw. 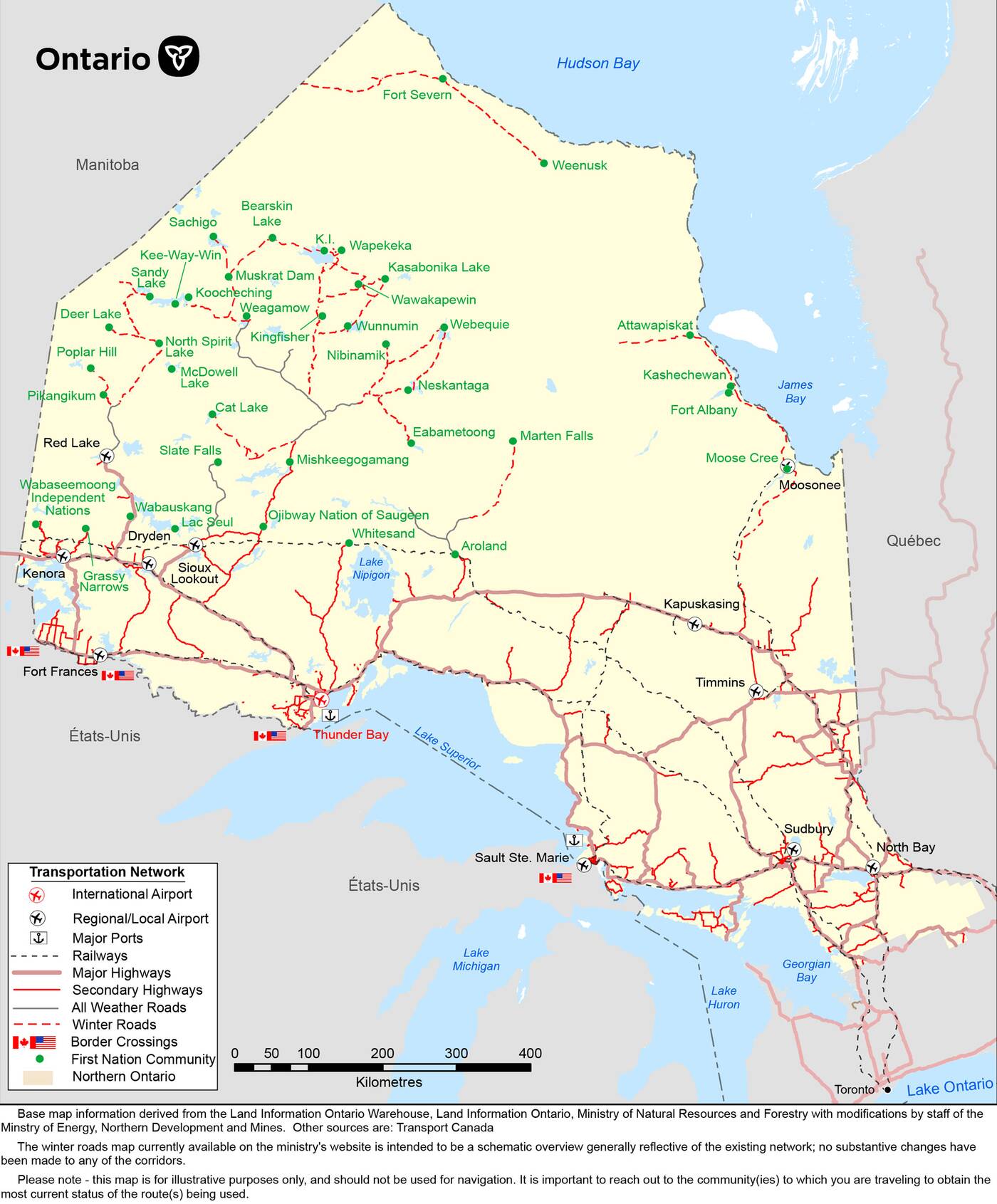 Map of the ice and snow road network, indicated with dotted red lines. Image via Ontario Ministry of Transportation.

To put that massive ice and snow road network into perspective, that's just a couple hundred kilometres shy of the distance between Toronto and Vancouver. If that doesn't sound extreme enough, it's also the same distance separating Toronto from the eastern coast of Greenland.

It provides economic benefits, too, creating affordable transportation options for the top employers in Northern Ontario, including the mining industry.

In addition to creating and maintaining snow and ice roads, the significant investment supports bridge improvements and other repairs to northern road infrastructure.