Long gone are the days when only live, human police officers could issue speeding tickets in Toronto, where 50 rotating photo radar machines have been busting motorists for driving too fast in school zones since July of 2020.

The city's Automated Speed Enforcement (ASE) system has proven incredibly effective from a quantitative standpoint: As of August 2021, a total of 260,603 speeding tickets had been issued via photo radar in Toronto.

More importantly, the city says ASE has also helped curtail speeding behaviour in at least some of the community safety zones where units, which rotate every three to six months, have been stationed.

"Preliminary data from the City of Toronto's Automated Speed Enforcement (ASE) program demonstrates a positive impact on driver behaviour where the speed cameras were placed, pointing to increased compliance and a reduction in the incidents of speeding vehicles," wrote the city in a recent update on the initiative.

Not too shabby across the board, but newly-released data suggests that some locations needed monitoring (and possibly still do) a whole lot more than others. 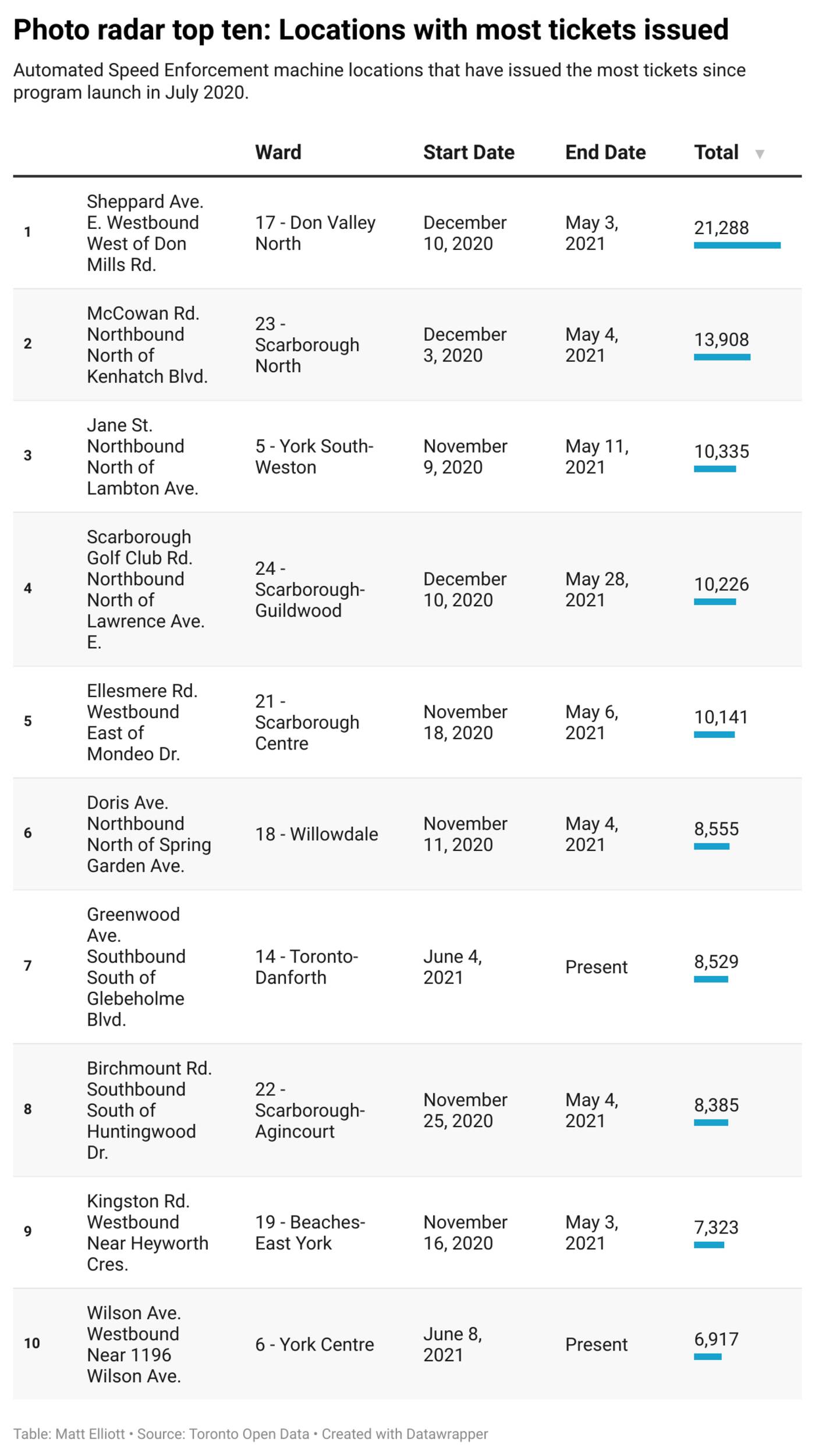 In the latest edition of his City Hall Watcher newsletter, Toronto journalist Matt Elliott explores just how many tickets were issued by ward and by specific location between the program's July 2020 inception and this past August — figures which only actually hit the city's Open Data Portal last week.

What's truly remarkable, though, is how many tickets were issued at one single location during only five months of ASE service: Drivers racked up a walloping 21,288 tickets at Sheppard Ave. E. westbound at Don Mills Rd. between December of 2020 and May of 2021 alone.

This accounts for about 90 per cent of all tickets issued in Ward 17 since the photo radar program began.

"The 21,288 tickets issued during those months are by far the most ever issued by a photo radar machine at a single location in the short life of the program. The next highest location issued about 7,000 fewer tickets," notes Elliott.

This begs the question: What is going on at Sheppard and Don Mills, and why can't an ASE camera stay there on a more permanent basis to deter speeding?