Toronto is where it's at for rats and mice, the city's intense population density, odoriferous garbage heaps, and interconnected webs of PATH and subway tunnels fostering the perfect conditions for rodents to proliferate unchecked.

Unsurprising for anyone accustomed to seeing these pests scurrying in the shadows, Toronto (technically only including the city's pre-amalgamation borders) sits at number 1, right where you'd expect it.

And the rest of Toronto and the surrounding Greater Toronto Area are not too far behind. 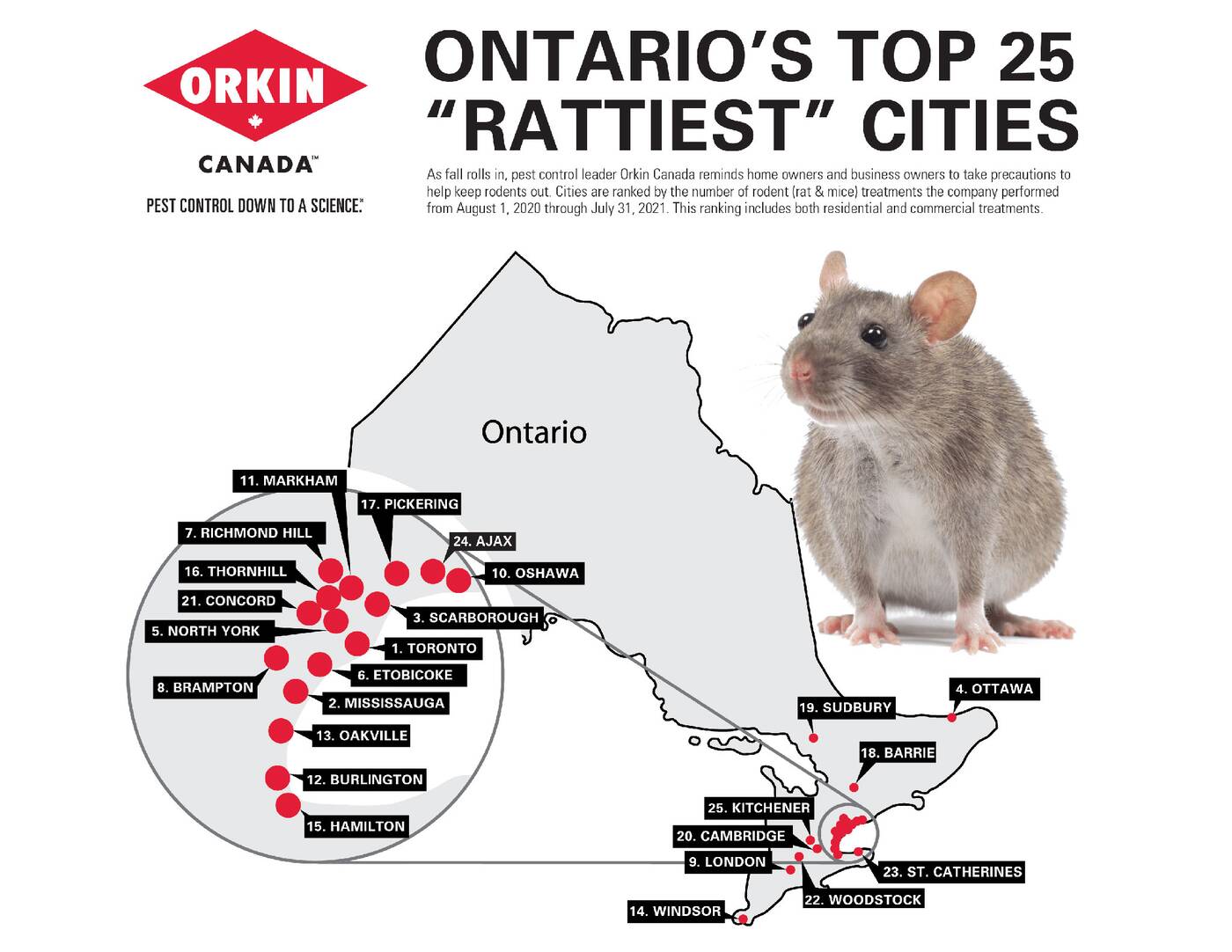 The top 25 locations for rodent infestation in Ontario. Infographic courtesy of Orkin Canada.

Orkin ranked "cities" by the number of rat and mouse treatments the company performed in the one-year span between the start of August 2020 and the end of July 2021.

Of the top six locations, four were within the 416 (Toronto, Scarborough, North York and Etobicoke), while Mississauga clinched the number 2 spot. The only top-eight ranking outside of the Greater Toronto Area was Ottawa.

Rats and mice were already running rampant in Toronto, but the pandemic has only made things worse.

Lockdowns left restaurants scrambling to switch over to take-out and food delivery models. And with dumpsters devoid of uneaten leftovers, rats and mice have become more daring, gnawing their ways into homes and offices in their search for food.

This has also created a sort of Darwinian natural selection event, with Orkin citing stronger, more intelligent, hyper-aggressive rats and mice prevailing through these leaner times.

Rats and mice are present in almost every Canadian urban area, though Alberta and its cities remain practically rat-free thanks to nearly 70 years of intensive rat control programs.