Woodbine Mall's Fantasy Fair has randomly been put up for sale

If you've ever wanted to own an entire children's amusement park — especially one that will hurl you into nostalgic reverie if you grew up in Toronto — then now's your chance, because the Fantasy Fair from Woodbine Mall has been listed for immediate sale.

The 60,000 square foot attraction filled with rides, games and consessions is being sold by private negotiation in its entirety, begging the question of what will happen to it if a suitable purchaser is not found.

The 12 major rides include a full carousel with 56 horses and chariots, a train ride, three-level playground, a rock climbing wall, bumper cars, a mini ferris wheel and spinning cups. 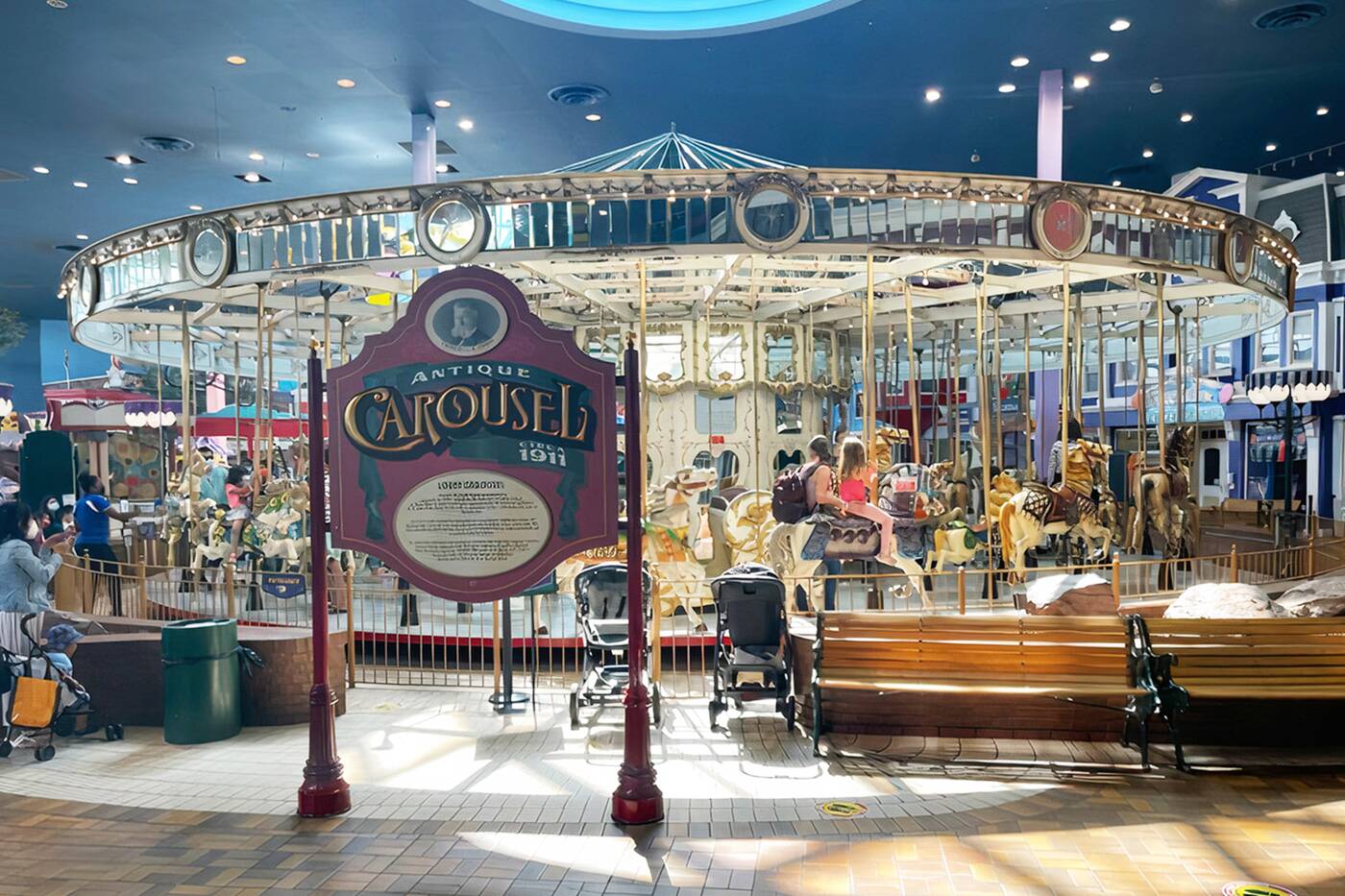 The antique carousel at the Fantasy Fair. Image from the Benaco listing.

As the largest indoor park of its kind, the Fantasy Fair has lived at Rexdale Blvd and Highway 27 for a whopping 37 years, though the shopping centre that it is a part of has been struggling for the last few.

Though it has undergone some recent upgrades, the gradual loss of many of the bigger and more popular brands at Woodbine Mall and an uptick in vacant storefronts have made it less appealing than other nearby facilities like Sherway Gardens and Yorkdale, both of which are less than 20 minutes away by car. 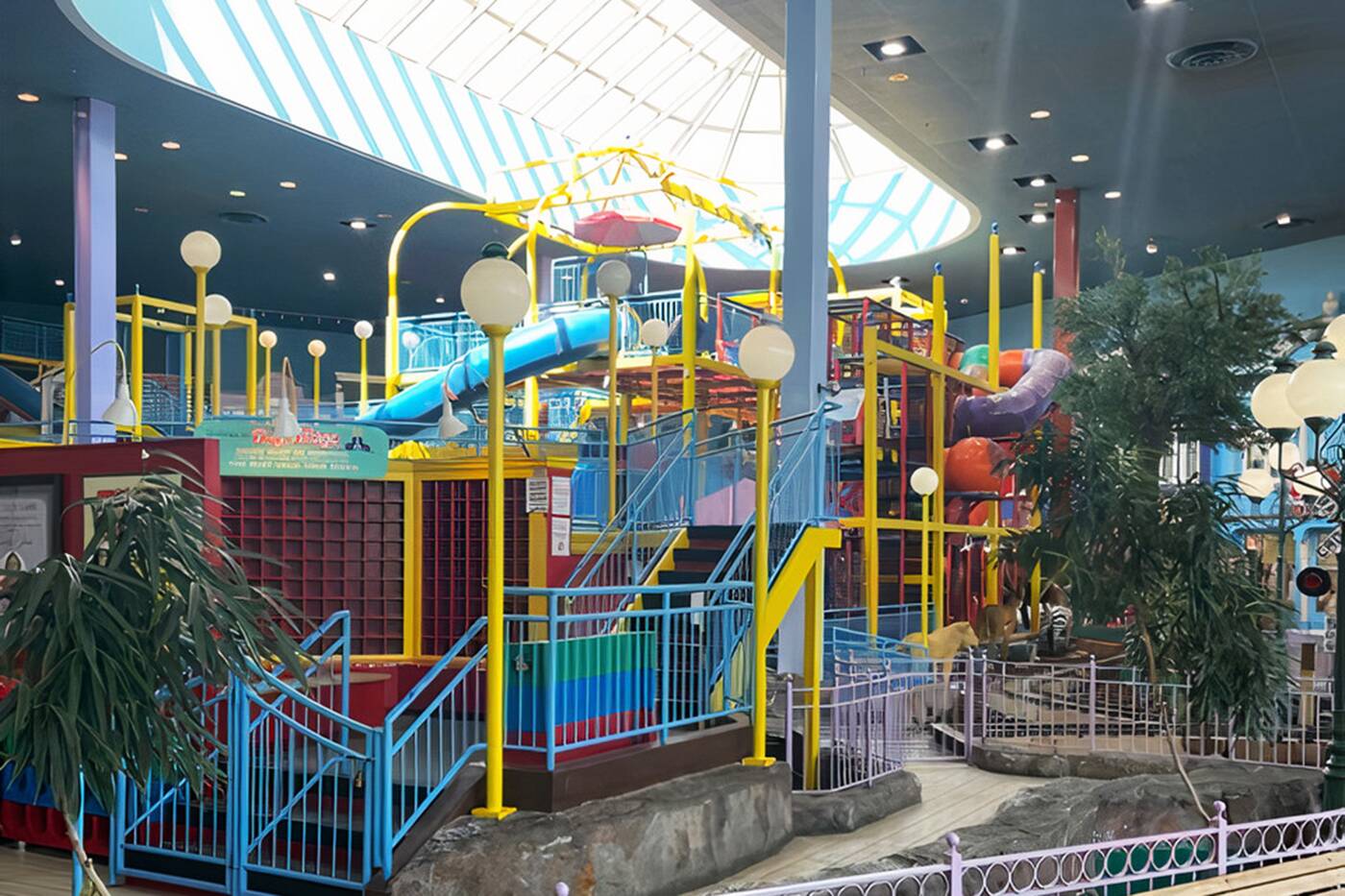 A three-level playplace is also part of the deal, along with 11 other major rides and attractions. Image from the Benaco listing.

Bulk Barn, Shoppers Drug Mart, The Body Shop, and a number of the mall's other mainstays have shuttered in recent years, which some online are crediting to a new owner who took over Woodbine in 2015. There was also due to be a new Italian restaurant debuting there in 2019, though it never ended up opening its doors.

"I went there a couple days ago and it made me so sad to see what this mall became. There’s nothing good left there. There’s only a few legist stores left and I doubt they’ll still be here in a couple years," one visitor said of the mall on Reddit on Friday. 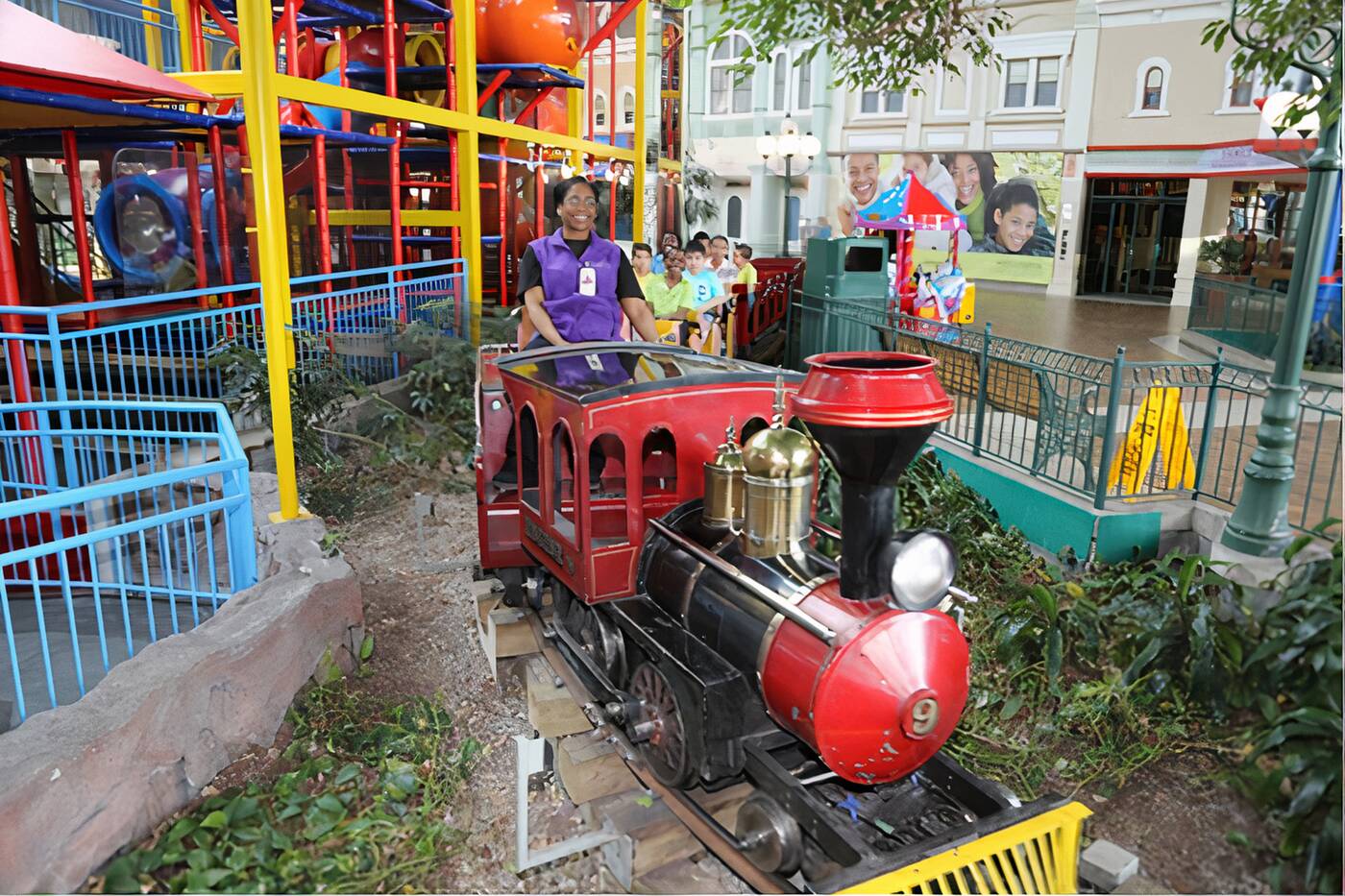 Along with the Fantasy Fair, which is up for sale for an undisclosed price via Benaco Sales, the mall's eight-screen movie theatre and entire food court — including more than 20 restaurant, bars and fast-food eateries — are listed as "coming soon" on the same website.

"Major entertainment and hospitality event of the year by online auction," the listing reads.

Though mall management did not respond to blogTO to comment, it's clear that the fate of the centre may very well be up in the air at this point.