Up until the late 1980s, a concrete ramp led from what is now York Boulevard up to the raised terrace of the Ross Social Sciences and Humanities Building. This ramp and stairs combo was conceived as a grand entrance to the campus, but for its 20-year existence, rumours continuously swirled among students about a secretive alternative purpose.

Opened in September 1968, the Ross Social Sciences and Humanities Building (now simply known as the Ross Building) was completed in an era where university students were considered a real threat to the establishment.

The global Protests of 1968 gave governments around the world a good scare, particularly the events of Prague Spring that saw students spark a nationwide revolution before Soviet tanks rolled in and ultimately crushed all resistance.

Maybe it was the events of the era, the Ross Building's imposing Brutalist architecture, the rebellious counterculture common to university campuses, or perhaps it could have been any combination of these factors, but the ramp’s presence was the source of speculation for years.

To this day, many York alumni will still insist that this inclined stretch of concrete was hiding a sinister secret. 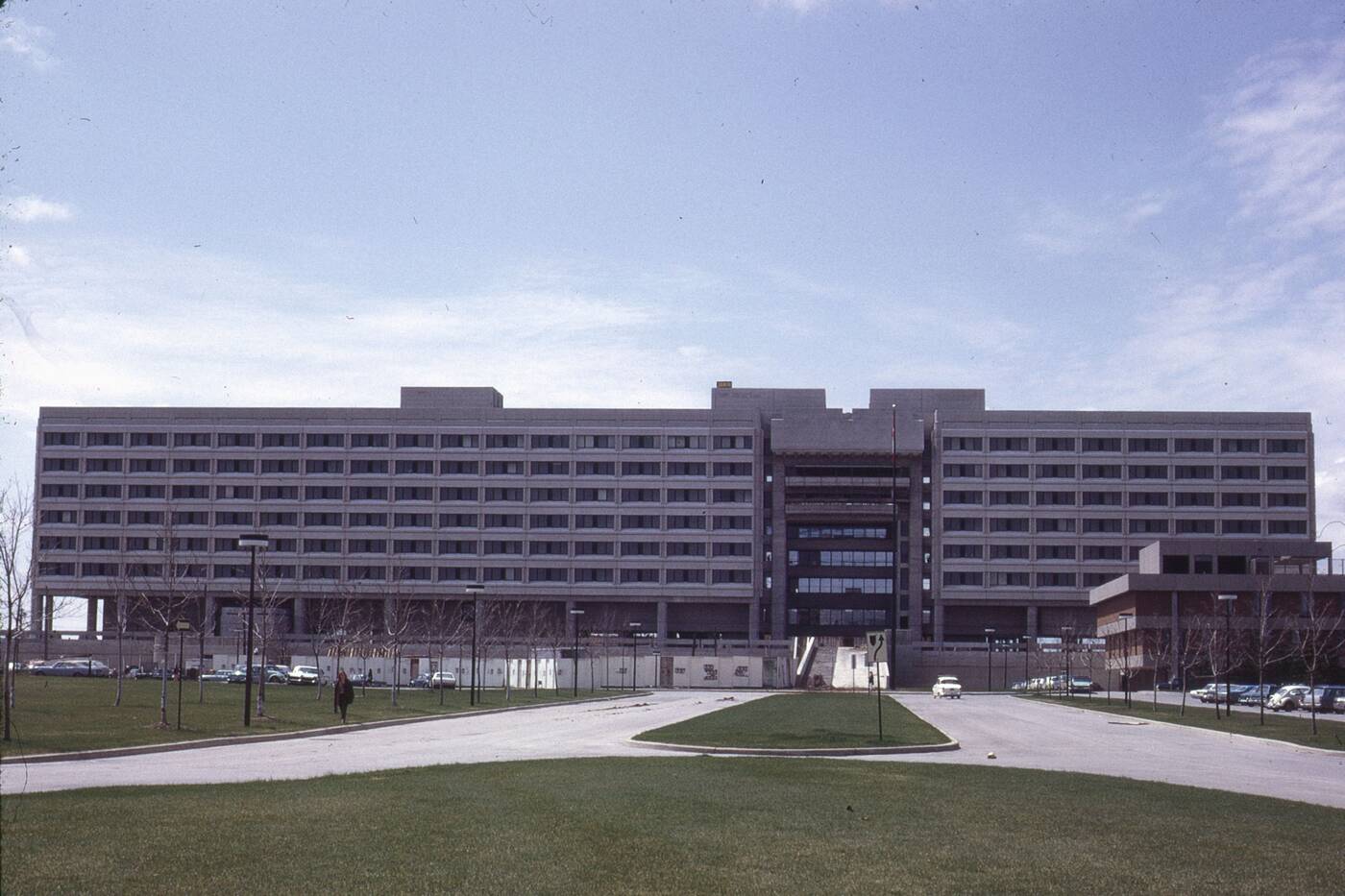 It was a commonly-discussed campus legend that the ramp was built to accommodate tanks and other military vehicles, designed — whether with the input of government, law enforcement, or the university — to make sure students' radical thinking didn't manifest into anything too troublesome for "the man."

Details about the myth are scant, but even York University acknowledges student rumours of the era, if not buried in obscurity, in an article covering the history of the ramp. An excerpt states:

"Many York students have seen the Ross Building as a fascist expression and part of a police state where the ramp provided access to tanks and military vehicles, the roof was equipped with a helicopter pad, and the 9th floor was the exclusive preserve of the omnipotent president and his entourage of administrators."

There are other mentions of the myth in various threads buried deep in Reddit, with different interpretations of the story like one claiming the ramp was specifically intended to be used by tracked vehicles with water cannons.

Of course, none of these legends have any shred of truth to them. The ramp was, in fact, designed for pedestrians and processions to access the Ross Building's ceremonial second-floor entrance and terrace.

There was no hidden design intent. It was just a ramp and some stairs for about 20 years. And then it wasn't. 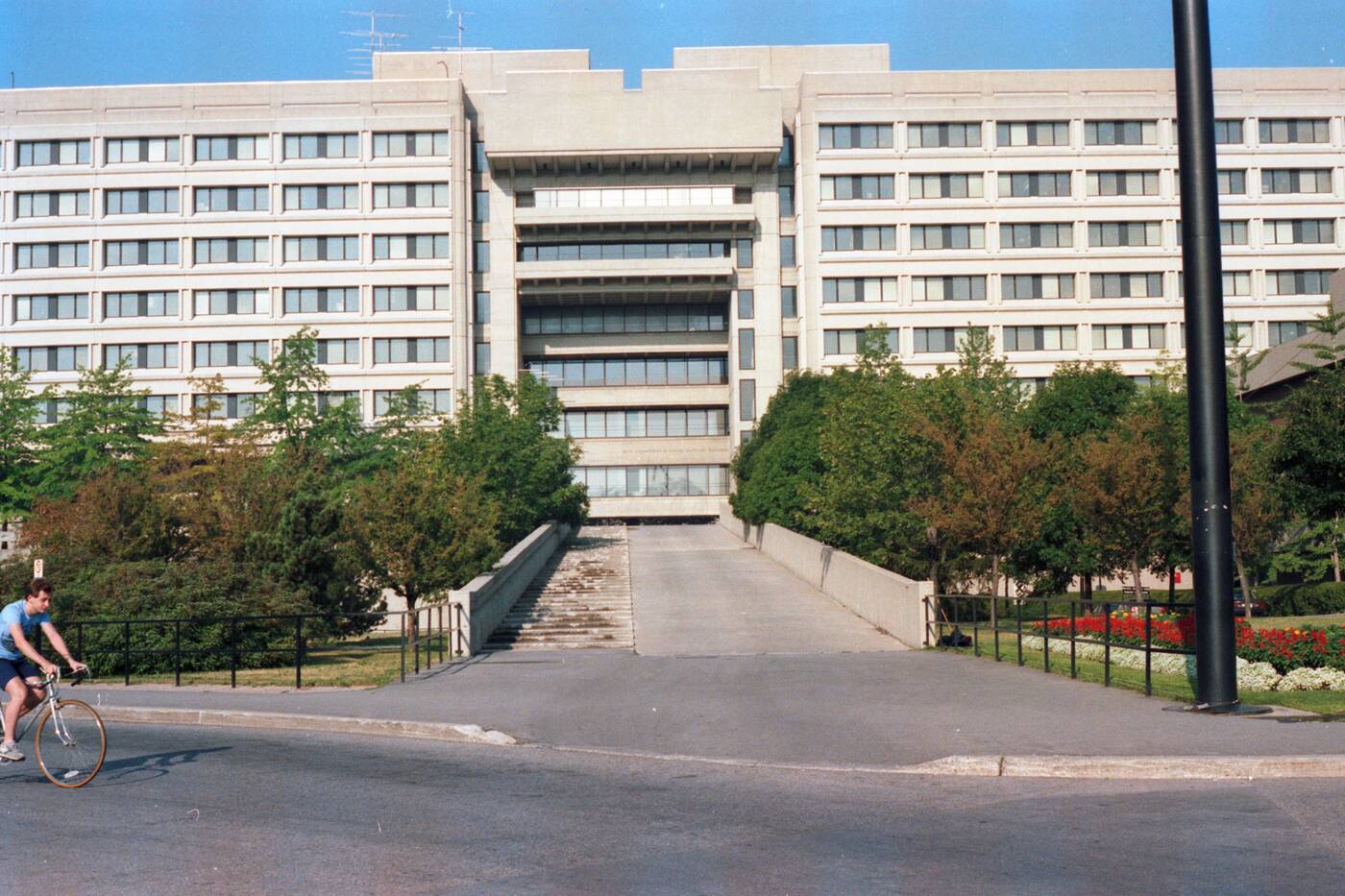 View of the ramp just prior to demolition in 1988. Image via York University Digital Library.

The ramp leading up to the Ross Building was demolished from 1988-1989 during the construction of Vari Hall, erasing the source of the myth, but not the myth itself. 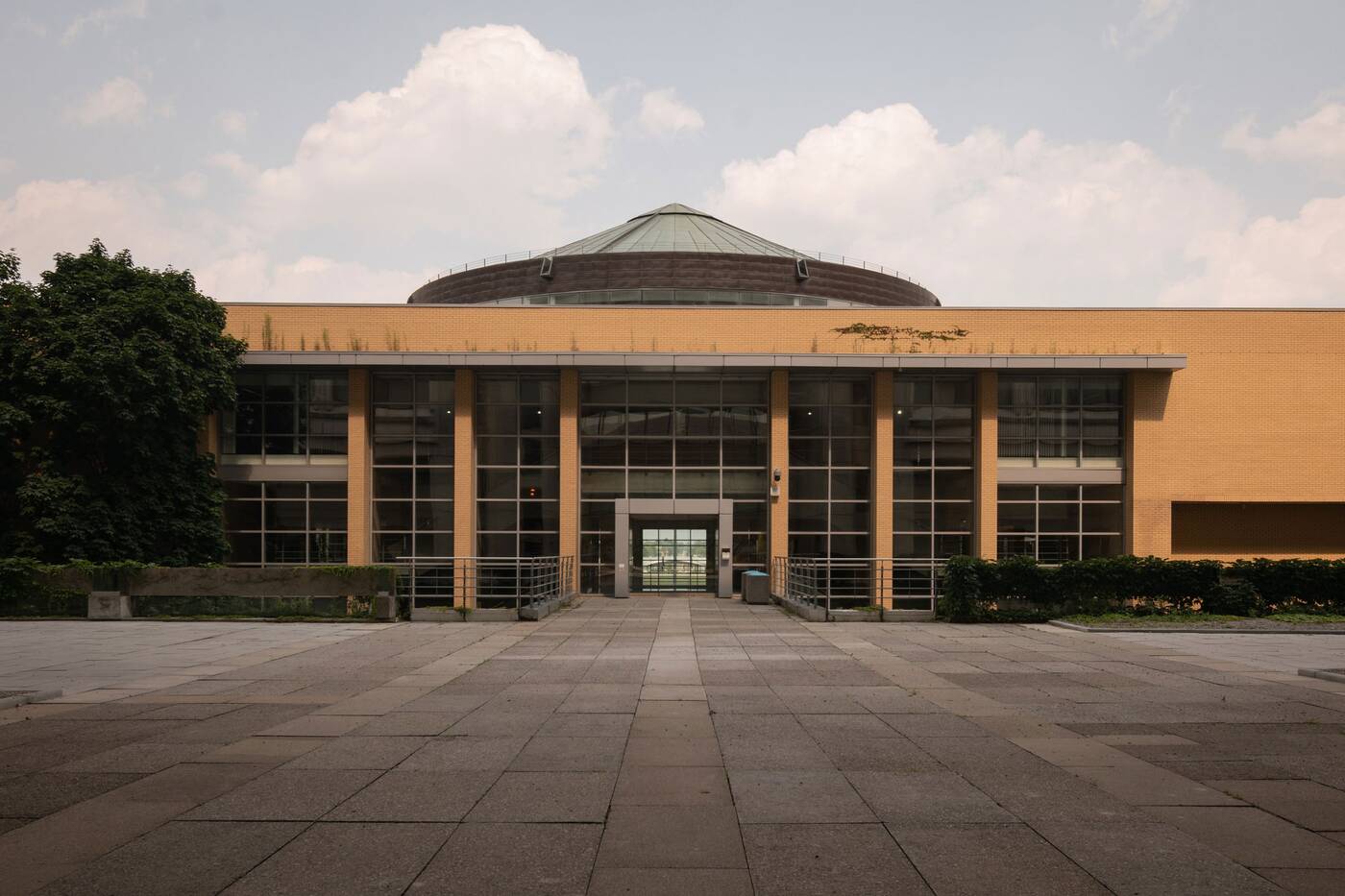 Looking east from the former top of the ramp, through Vari Hall to York University subway station. Photo by Marcanadian.

Vari Hall opened in the ramp's place back in 1992, connected to the Ross Building’s terrace via a bridge.

Fitting nicely with the legend, the building that now sits over the ramp's footprint is named for real estate developer and philanthropist George Vari, who came to Canada following the 1956 Hungarian Revolution, another student-led uprising snuffed out by Soviet tanks.

Other legends of a similar nature persist about the Ross Building, like its windows and terraces being designed to accommodate snipers and tales of a secret rooftop exit and helipad for the University President to be shuttled away to safety during unrest.