Star Wars-related election signs have now been spotted in Ontario

A series of Star Wars themed election signs have started popping up in front of Toronto-area homes.

The signs showing candidates such as Darth Varder, Obi Wan Kenobi, and even Harry Potter, are part of a charity fundraiser in Milton, Ontario, being ran by local councillor Rick Di Lorenzo.

Di Lorenzo started the fundraiser as a way to raise money to purchase new medical equipment for Milton District Hospital.

Di Lorenzo's children, named Ryan and Kevin, were born at the hospital and had serious health conditions at a young age, Kevin with Kawasaki disease at two-years-old and Ryan with jaundice at birth.

"Both of them needed to be transferred to neighbouring hospitals because the Milton hospital did not have the proper equipment," Di Lorenzo said.

In Ontario, the provincial government funds the operating costs of hospitals, however when it comes to paying for medical equipment, most hospitals have to rely on fundraisers to cover the costs, says a spokesperson for Halton Healthcare.

Di Lorenzo says he wanted to make sure the hospital in Milton had that proper equipment and so he started brainstorming creative ways of how to raise money.

He was browsing online and saw other people who were using parody-themed election signs with characters like the Simpsons and was inspired to make a Star Wars version of them. 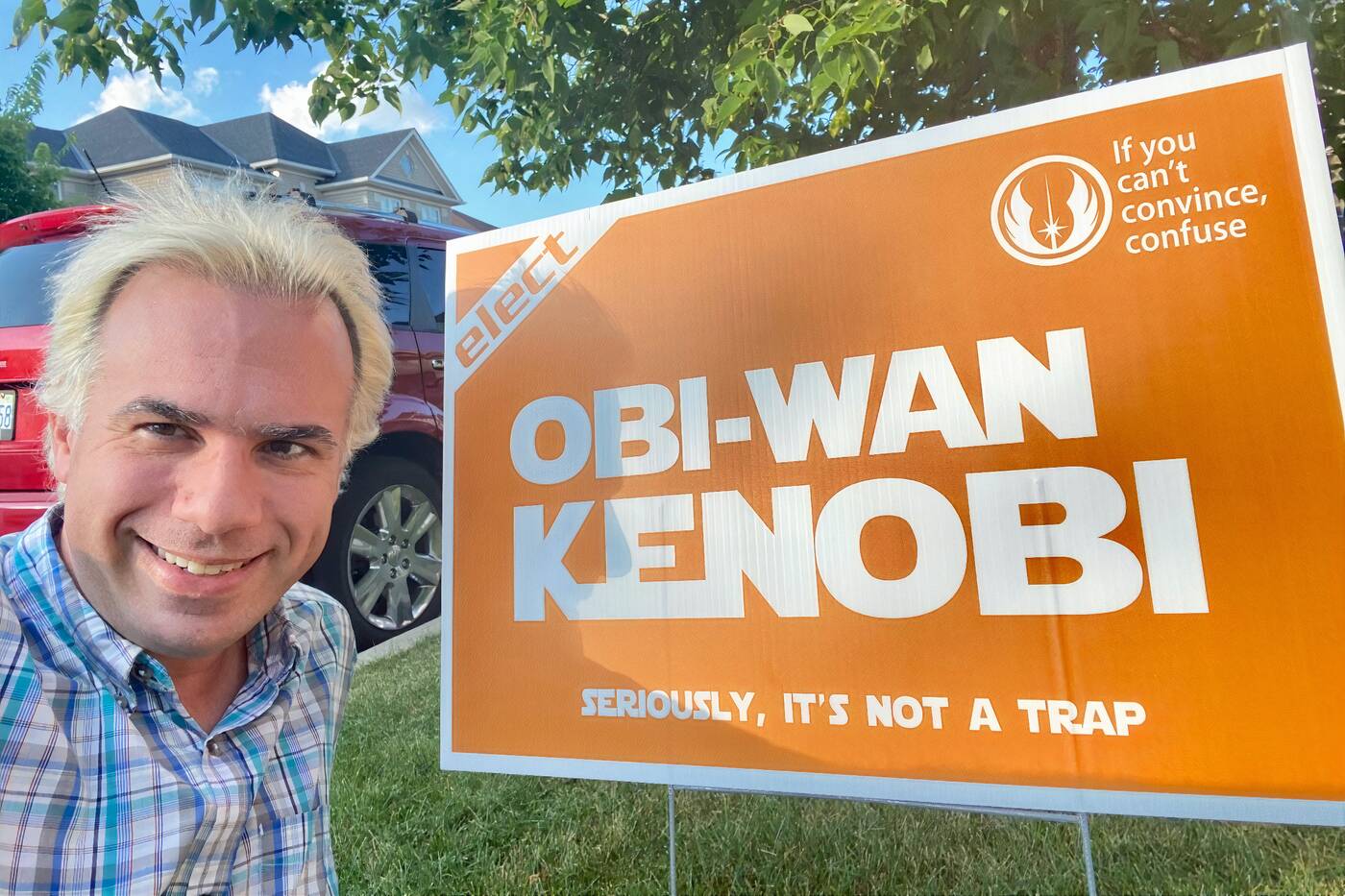 "I thought it would be a lot of fun, not a lot of work and a quick way to get a couple thousand dollars to the hospital," Di Lorenzo said.

Di Lorenzo is offering the signs through his Facebook page and asking people to first show proof of donation to the Milton District Hospital Foundation and then he will deliver the sign to your house.

Donations will go toward purchasing new medical equipment such as ultrasound technology, CAT scans or baby blankets for maternity wards.

Di Lorenzo ordered a total of 100 signs, and so far has received about 35 donations.

His goal is to run out of signs, so he will be able to donate about $2,000 to Milton District Hospital.