A small collection of banana plants in High Park and other places in the city were planted as ornamental accents to the flower beds, City of Toronto spokesperson Deborah Blackstone tells blogTO.

The plants "may occasionally flower and produce seed but the gardeners remove the seeds to keep the tree vigorous and healthy," Blackstone says. 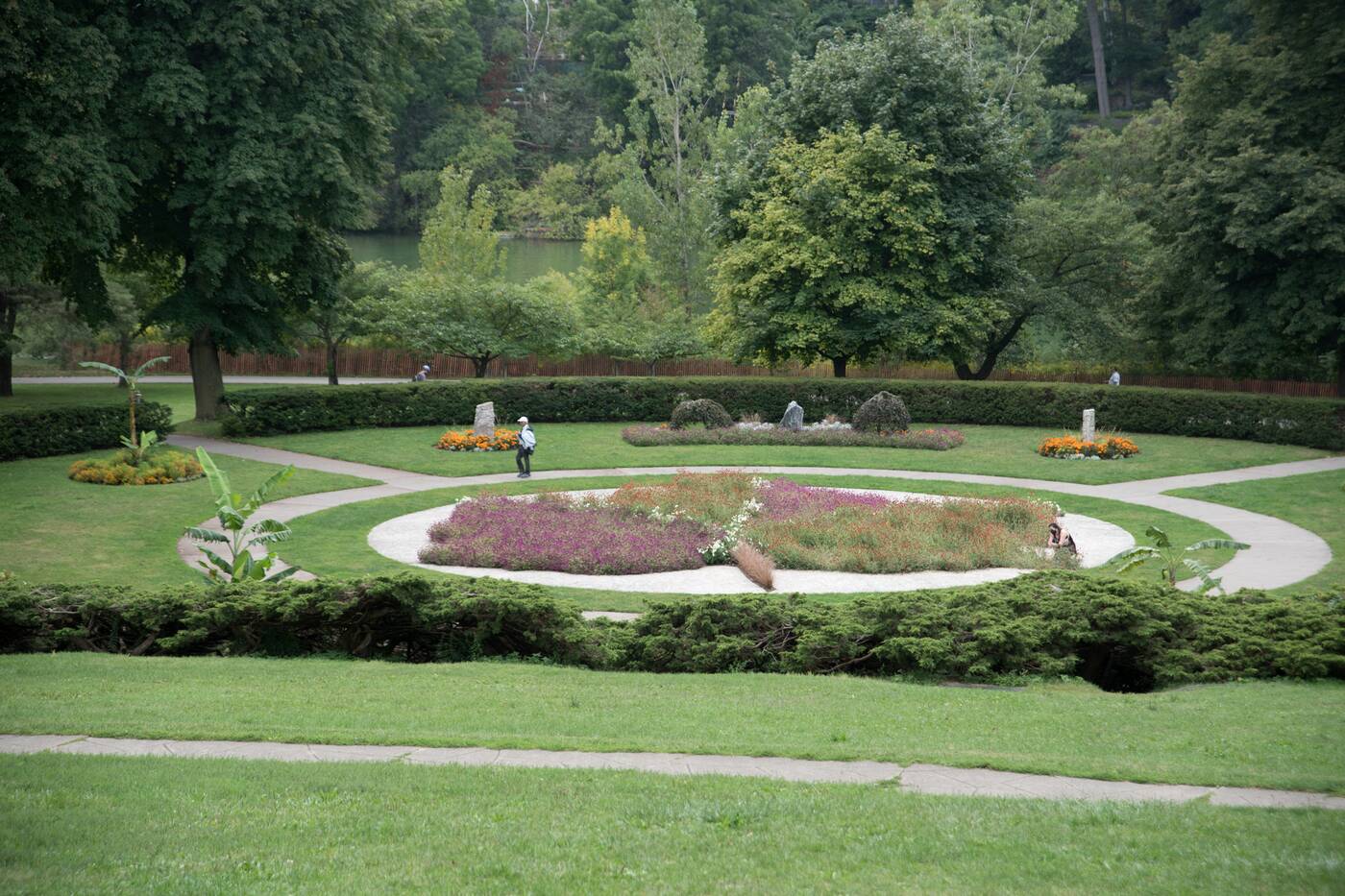 From a distance, it is hard to tell that the leafy plants in High Park are actually banana plants.

There are currently 12 banana plants in High Park and six are placed in the centre of floral plots around the maple leaf display in the Hillside Ornamental Gardens.

The maple leaf floral display, located just east of Grenadier Pond, was officially opened by Queen Elizabeth during a visit to Toronto in 1958. 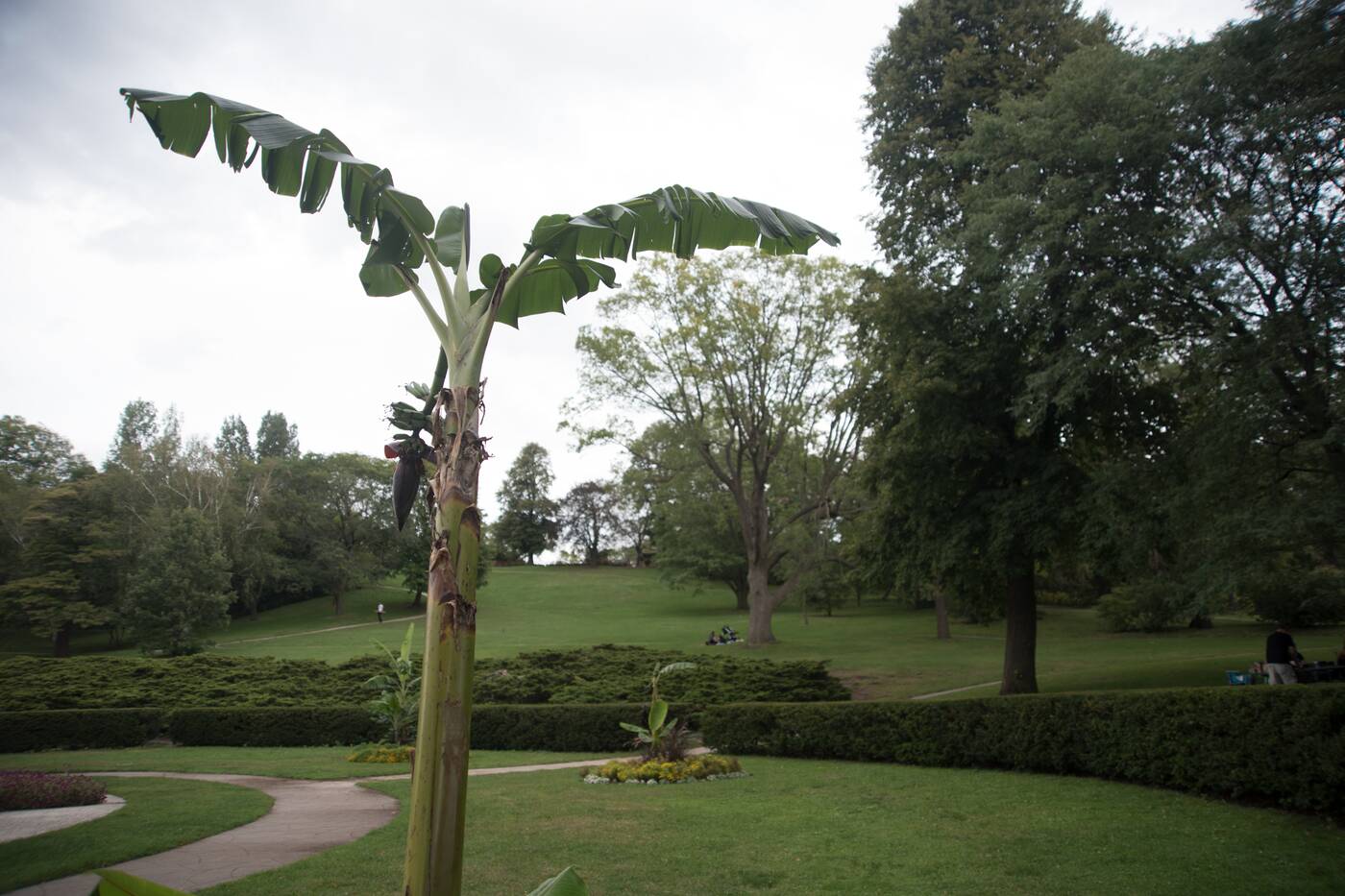 When you get a bit closer, you can see the flower and the fruit.

The display changes and photos online show different plants and flowers than what is currently in the garden. The city didn't say when the banana plants first came to the parks but it appears they move to locations around depending on the gardener's designs.

They don't come back in the same place every year! It's up to the gardeners when they take things out of the greenhouse so the one in my photo by Budapest Park hasn't been there this or last year.

Of course, the tropical plants cannot live through a snowy, icy winter.

"Banana trees can't survive Canadian winters, so they are brought into the greenhouses during colder months," Blackstone says. 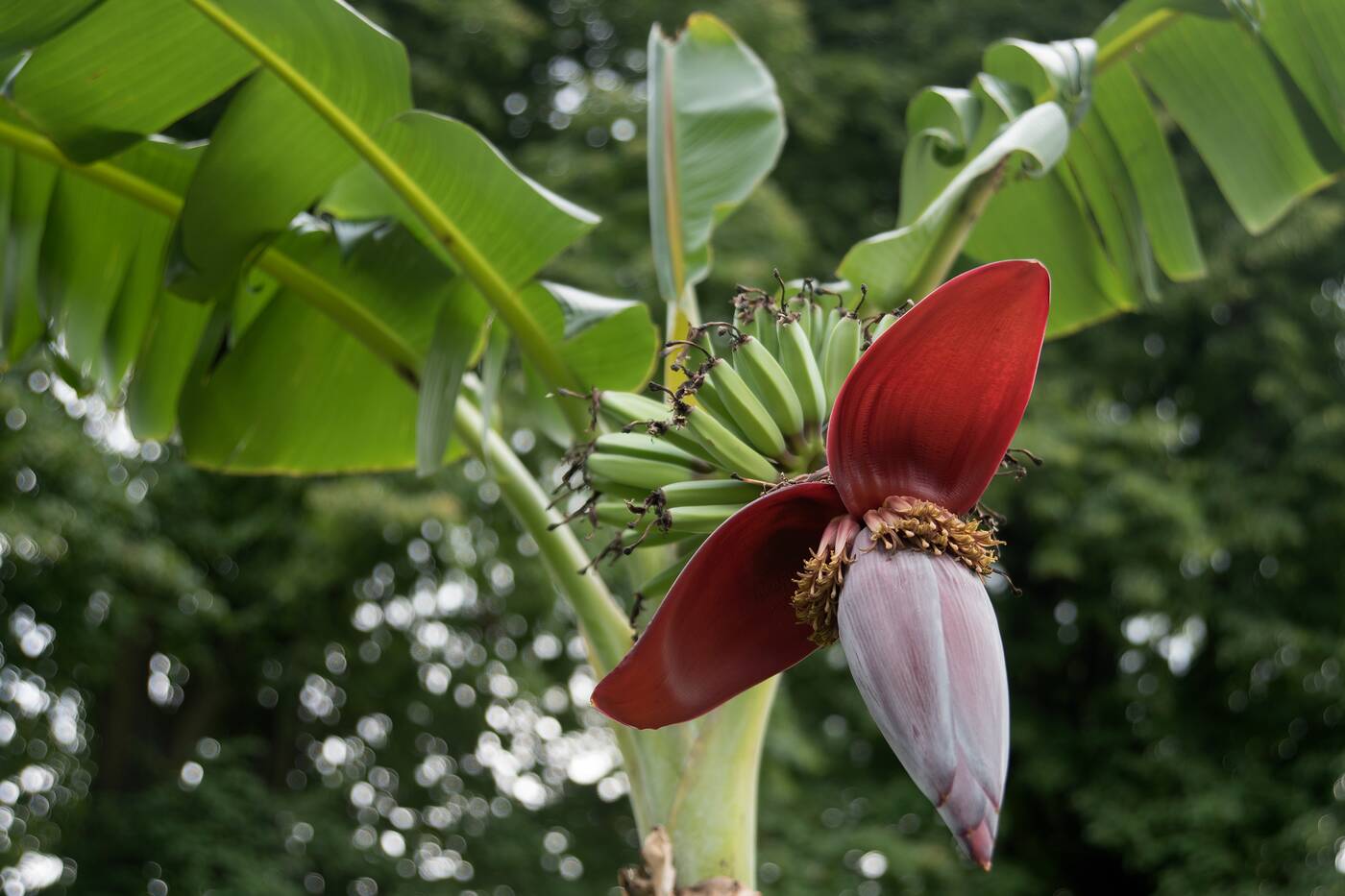 These bananas are not quite ripe yet.

She didn't say what happens to the banana harvest but by the looks of one plant in the park, some people or animals, have been helping themselves to the fruit.

The PCR and COVID tests you need and where to get them to travel from Canada to the U.S.

New life is returning to a reborn stretch of Toronto's waterfront