Toronto trainspotting takes on new meaning with a toy-like bicycle train seen around the city recently.

Jean-Christophe Foolchand, a Scarborough-based kinetic artist, LEGO builder and videographer, tells blogTO he started working on The Locomotive, also known as #biketrain back in 2016.

He was a student at OCAD University and struggling with the academic side of school life but he asked a technician at the school to teach him to weld. 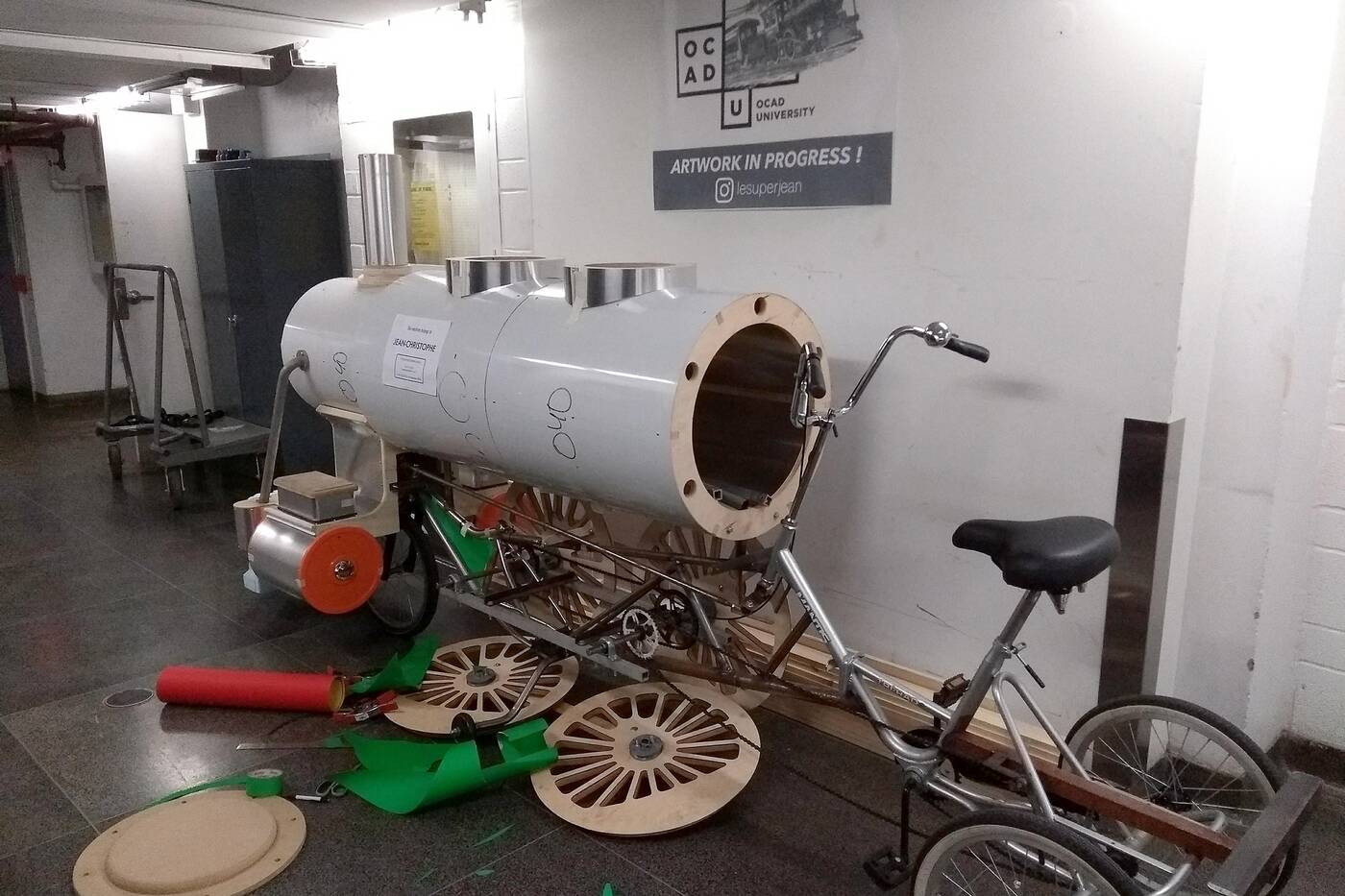 The biketrain is made with a bicycle and tricycle along with wood, metal and other materials. Jean-Christophe Foolchand photo

He loves trains and wanted to build a large steam locomotive but only had an old BMX bicycle and a tricycle.

"I welded them together to create an 11-foot tricycle," Foolchand tells blogTO.

The goal was two-fold: "to spark a sense of wonder and to encourage people to follow their dream."

After welding the two bikes, he started creating the shapes of the steam locomotive around it with wood, aluminum and a few reclaimed materials.

He had to stop during COVID-19 and put the biketrain in storage. But recently  Le Labo, a francophone media arts center in Toronto, asked Foolchand, who is originally from Normandy, France, to participate in an event in Sorauren Park. 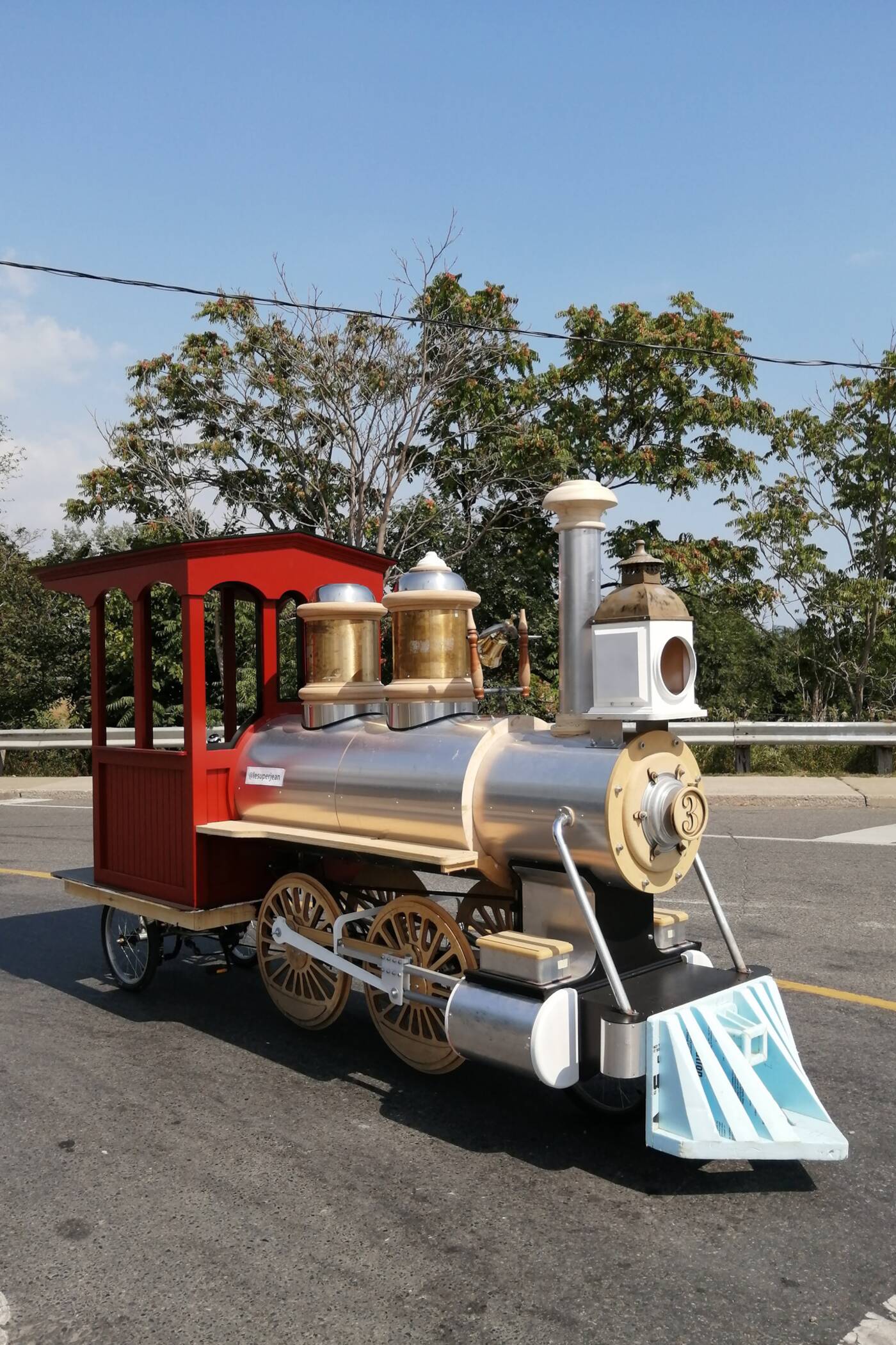 The biketrain still needs a bit more paint but it is almost complete.  Jean-Christophe Foolchand photo

He was on his way to an art performance with Le Labo in Sorauren Park when he was spotted, "walking his train" on Dundas West. He says he had to get out and walk up the hill. Unfortunately, that event was cancelled due to rain but there are plans for another event on Sept. 9.

Foolchaud's project is similiar and just as fun as the woman who made giant metal rat to drive around the city.

He is still has a bit more work to do on the biketrain including painting and possibly adding an electric motor. Then he will create another video and he hopes people will ask him to participate in events.

"What I love is people's reaction, because you know, we think sometimes that only kids will love it but actually adults, they become little kids when they see me."