A trail of Solo cups and plastic cutlery were found littered all over a popular bike trail on the Don Valley this week in what seems to be a trend during the pandemic.

It's not the first time party-goers have left a mess in natural areas — last week the Leslie Spit dealt with people entering after hours and threatening the environmentally sensitive area.

In the Don Valley, a post initially blamed the mess on a large rave party, but the people from that community said it wasn't them.

"Whether it was their stuff or somebody else's, I can't confirm that" says Ruskin. 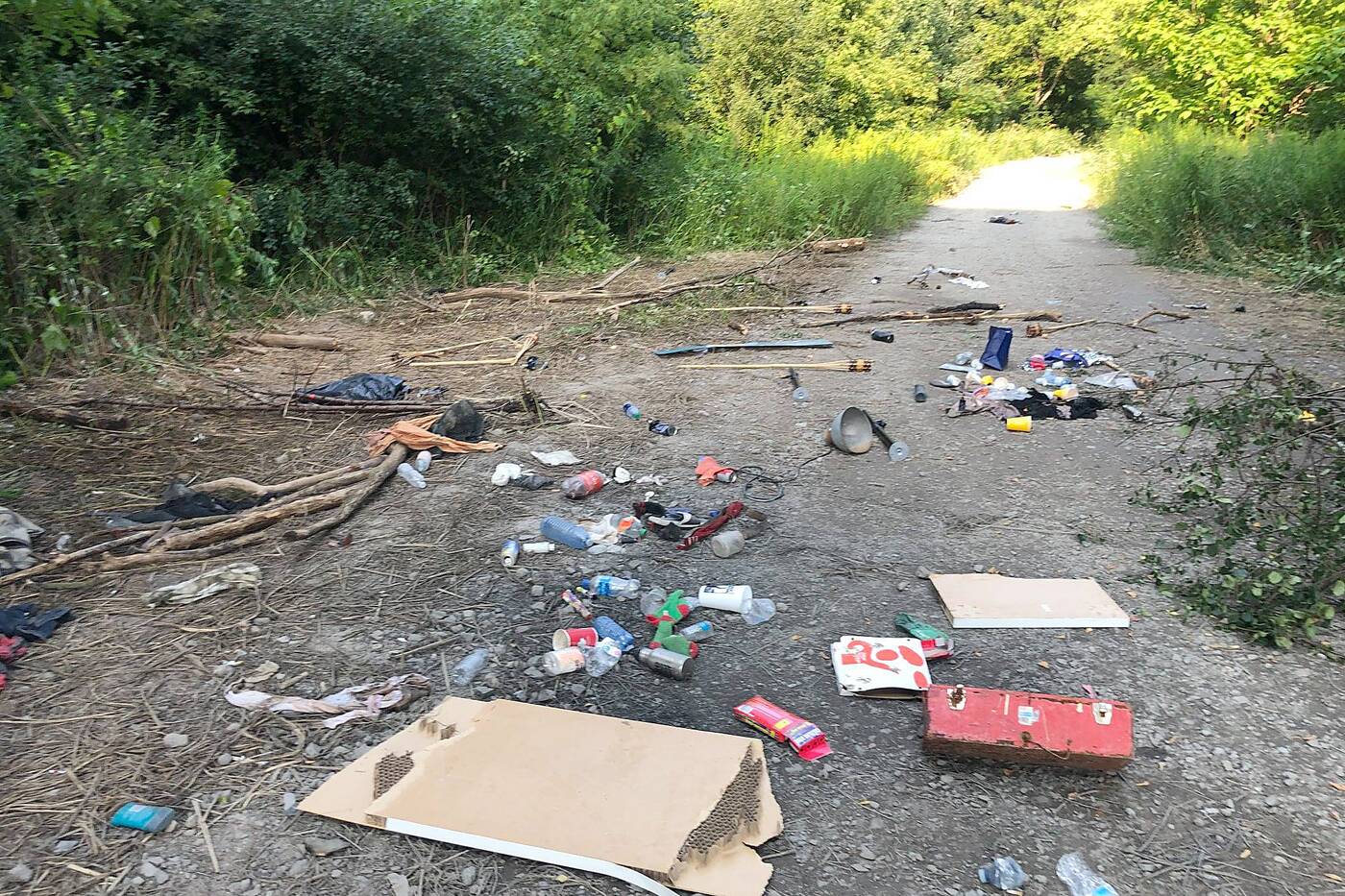 Garbage was left behind on Tuesday morning on the Don Valley trail under the Millwood Bridge.

What they do know is there was a pile of garbage and after they got the call, Ruskin and Don't mess with the Don president Lawrence Warriner went to clean-up. But they found another man, East York resident John, already out picking up the mess.

"He was there when we got there — that's the kind of citizen action we like."

Ruskin says in addition to the cups and beer cans, they found a lot of wipes and human feces in the bushes. In the mid-day heat, the smell was strong.

"We tried to pick up as many of the wipes as we could, which is not very pleasant."

They filled about 12 to 15 garbage bags.

A post shared by Don't Mess with the Don (@dont_mess_with_the_don)

As messy and stinky as this was, the garbage and human waste isn't the biggest issue the Don't mess with Don group faces. People dumping illegal construction waste and just everyday garbage from people using the trail — particularly during the pandemic — is a more common source of garbage.

"Everybody litters — it's your neighbours, it's your friends," Ruskin says. "People who feel entitled or just don't care."

"We get hundreds of thousands of pieces of plastic blowing out of a few buildings," he says.

Overall, Don't mess with the Don hopes that people will be more respectful of the green space.

"Whether it's riding a bike or having a dance party — be respectful of the environment," says Ruskin.

Those interested in helping in the Don Valley can join a clean-up on Aug. 15 at 9 a.m., followed by a barbecue with Don't mess with the Don.

Don't mess with the Don