If you happened to be pulled over while driving in one part of Southern Ontario last week, you may have been pleasantly surprised with some free coffee rather than a ticket for a traffic violation.

In what may be one of the most Canadian acts ever, a police officer in Chatham-Kent, some three hours southwest of Toronto, decided to retire from his position in a rather unique way — by giving back to the residents he's served during his 22-year tenure with, of all things, Tim Hortons gift cards.

Sgt. Albert Pilbeam went back on the road for his last shifts with the intention to "engage the public and sort of thank them for the privilege of allowing us to serve their community," as he told the CBC. 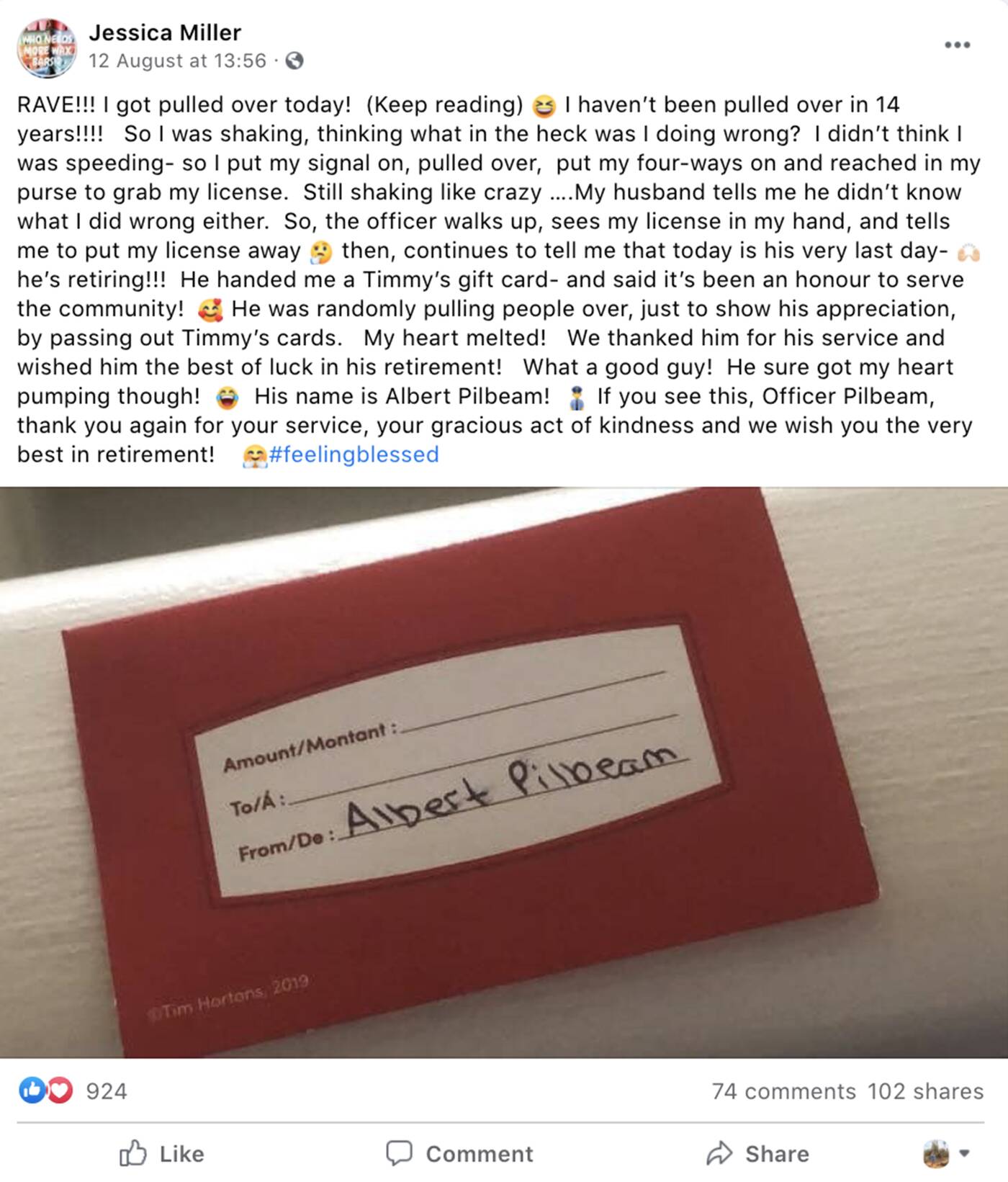 One driver took to Facebook to share their experience getting pulled over by Sgt. Pilbeam on Thursday, which they were shocked ended with a gift card to Tim's rather than a ticket.

His plan was simple: pull over unsuspecting motorists for very minor driving infractions, then surprise them with gift cards to Timmies and McDonald's, which apparently resulted in heartfelt conversations, hugs and handshakes.

Pilbeam retired on Friday after the good-natured gesture, getting understandably emotional in a video shared by the force of his final call to dispatch to end his last day on the job.

"It's been my life's honour to be a part of this team. It's a great organization with great people. I'm going to miss all of you," Pilbeam radioed.

"On to the next adventures."