Our future robot overlords may not be as menacing as their sci-fi depictions if they’re anything like the latest adorable little robot to be spotted on Toronto’s streets. Or maybe we should say stairs.

Joining the tiny food delivery robots that have garnered collective “awww” exclamations from the public, a new micro-bot has been appearing at notable public staircases in Toronto to demonstrate its stair-scaling abilities.

Developed by Quantum Robotic Systems (which sounds just a little too similar to the villainous Cyberdyne Systems from the Terminator franchise) with partners AGE-WELL and the George Brown College Research & Innovation, the Robotic Stairclimbing Assistant — or ROSA — has already made a few public climbs this month.

Things started small when ROSA successfully climbed the steps of the East York Civic Centre earlier in the month. This small feat of just six steps was merely an appetizer for the more significant climbs that went down in the last week.

ROSA’s next big ascent was orders of magnitude greater than the few steps of the East York Civic Centre, moving on to tackle the main entry staircase at George Brown College's (GBC) Casa Loma Campus.

Climbing the GBC steps was a big home-field win for ROSA and the George Brown College Research & Innovation team that worked with Quantum through its development.

“We're trying to find public landmarks that people will recognize and understand the difficulty of,” Frank Naccarato, Ph.D., P.Eng., and President of Quantum Robotic Systems, tells blogTO. “We did GBC because they've been a collaborator with us for years.”

Things….escalated (sorry) again this week when ROSA overcame an even greater obstacle just across the street from its previous achievement. The iconic Baldwin Steps were no match for ROSA, which managed to not just ascend the 110 stairs leading up to Casa Loma, but also descend back down to Davenport Road.

“The Baldwin Steps have been on our radar for a while because of their prominence,” Naccarato says. "ROSA did much better than expected on the Baldwin climb. She climbed up and down the 110 stairs with only a few very minor hitches, which we’re ironing out now." 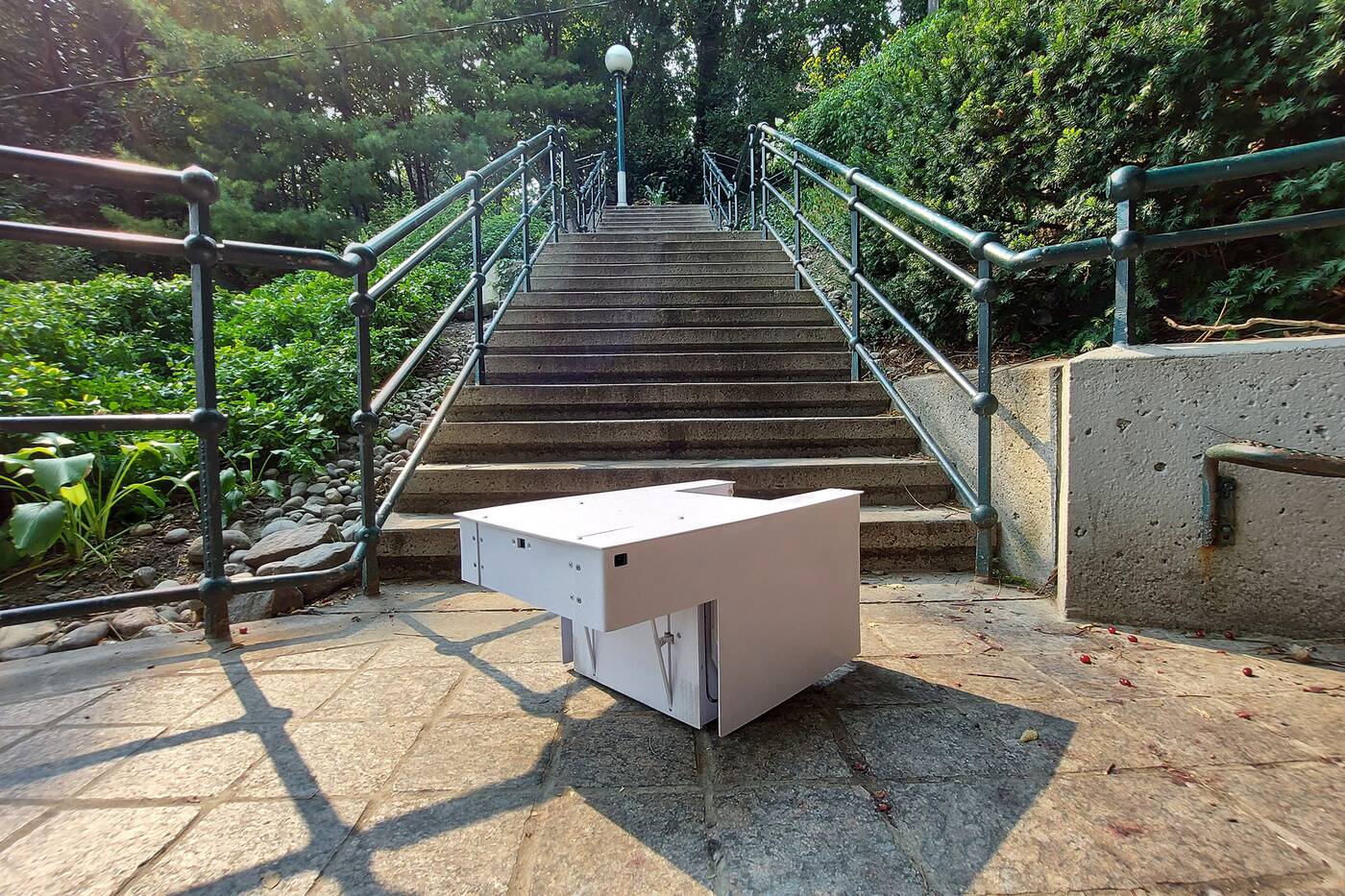 ROSA at the Baldwin Steps

Even loftier ambitions are on the horizon, with Naccarato saying “We're aiming higher. We think we might be able to do the CN Tower one day soon. We'd like to tie it in with one of the two CN Tower stair climb charities. Are we there yet? We think we are," Naccarato chuckles. "but we are definitely aiming high, no pun intended, to demonstrate that the technology can do this but also raise some money for charity."

Though these demonstrations focus on ROSA’s stair-climbing abilities, it was designed as a semi-autonomous “home service robot” meant to carry household items from room to room, as well as commercial applications like package delivery or moving.

Humans may one day be made obsolete by robots, but for now, we can all at least enjoy them in their harmlessly cute development stages.