On May 23, 1865, the firm of Cumberland and Storm received the contract for the construction of a cast iron fence around Osgoode Hall.

The casting of the fence began in 1866, in the St. Lawrence Foundry. Even in those years, Toronto was a thriving industrial centre where raw materials and skilled workmen were readily at hand.

The foundry was on Front Street, its grounds extending as far north as King Street, between Berkeley and Parliament Streets.

The firm produced cast iron for industrial and architectural purposes, such as the staircases of the Old City Hall and Victoria College. 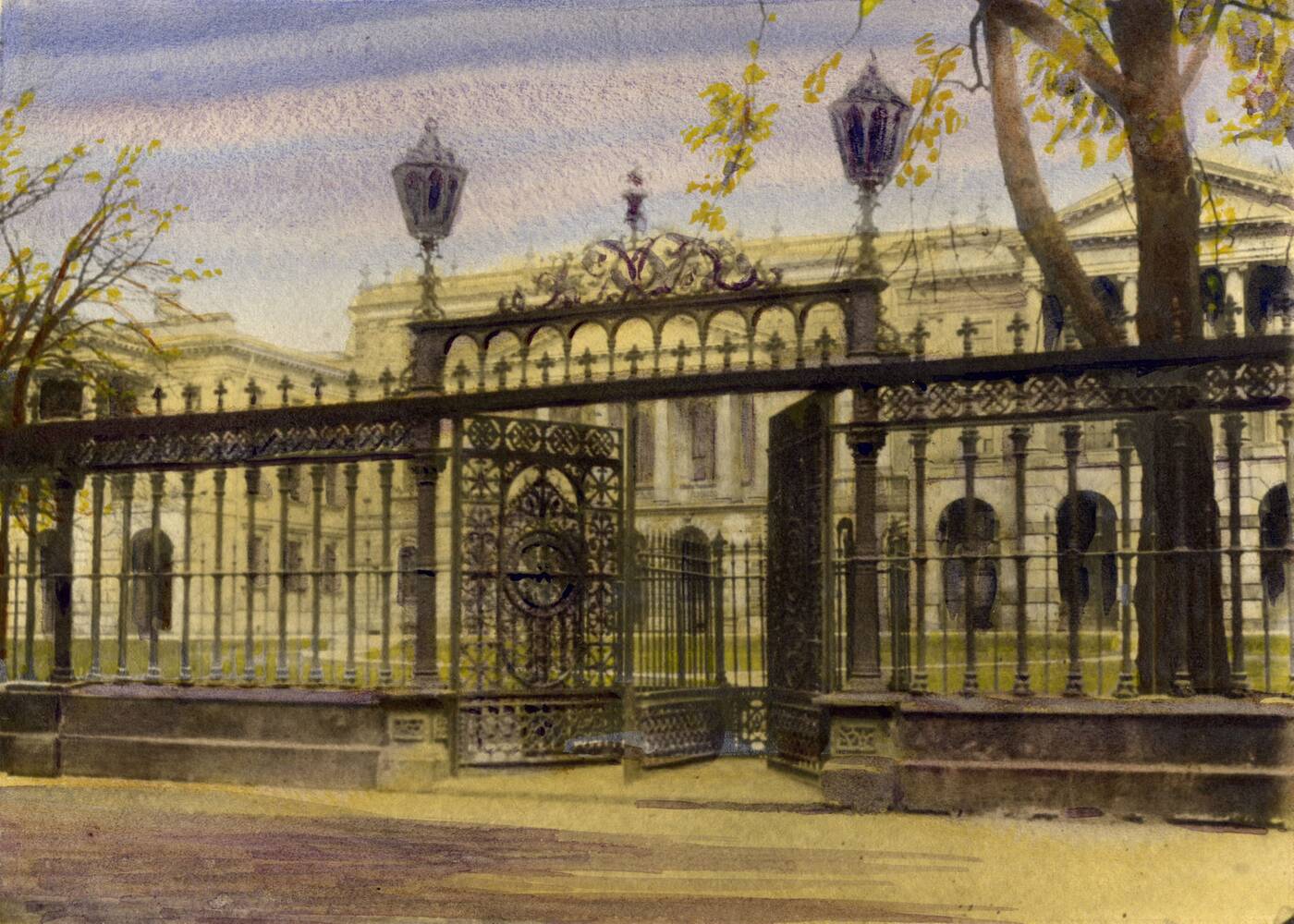 Osgoode Hall's fence as it looked in 1900. Photo via Toronto Library Archives.

The stone for the footings of the fence were quarried from near Georgetown by the firm of Ramsey and Farquar. The installation of the foundations, the cast iron fence, and the gates were completed in Confederation year –1867.

The gates were designed after a type that at one time were common throughout Britain. Known as "kissing gates," they consisted of two panels placed into the enclosure in a "V"-shape, with a small opening at the narrow end of the "V".

To pass through the gate a person moved around the panel to travel from one side of the gate to the other. If another person were passing through the gate in the opposite direction, at one point they directly faced each other, providing an excellent opportunity for kissing.

Anyone who has passed through the 20-inch opening of an Osgoode Hall gate can readily perceive the opportunities for a kiss. 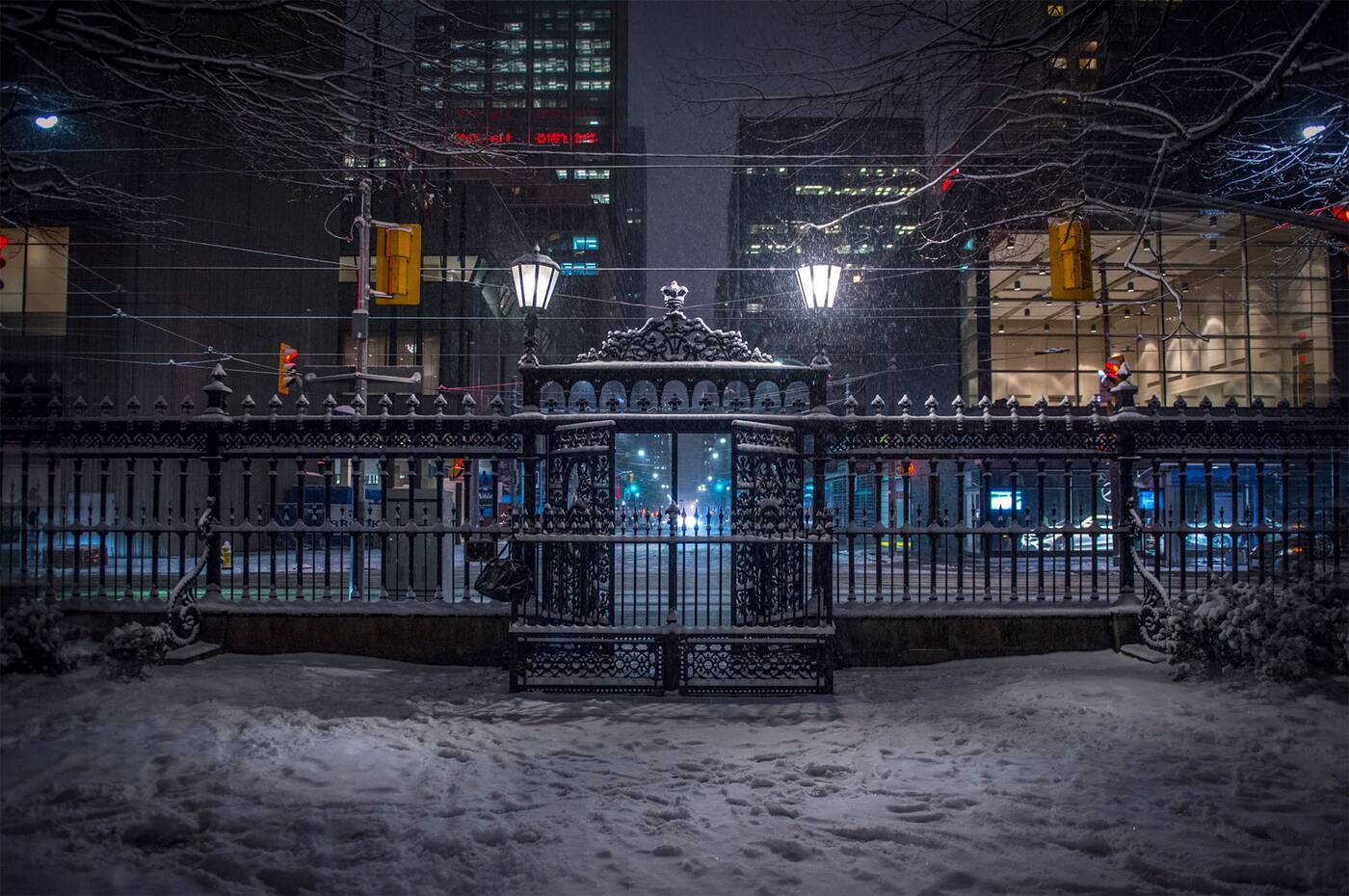 The fence as it looked on a winter's night, 2016. Photo by Gary Cummins.

However, tradition says that the gates on Queen Street, with their narrow openings, were designed to prevent cows from passing through.

This might have been a possibility when the east wing of the hall was constructed in 1829, as the site was to the northwest of the town of York.

However, by the year 1866, the city had grown considerably and extended into the area where Osgoode Hall was located. The design was likely an attempt to mimic the styles of Mother Britain.

Doug Taylor was a teacher, historian, author and artist who wrote extensively about Toronto history on tayloronhistory.com. This article first appeared on his site on April 14, 2012 and has been republished here with the permission of his estate. The article has been modified slightly.