Toronto social media has been abuzz in recent days with accounts of attempted abductions by a group of men in a vehicle.

Women are again sharing warnings about of a group of men with a van trying to pull women into it.

This time: Watch out for four men with a red van near Dundas & Bathurst.

This was an issue in the area last summer as well.

Residents have been cautioning one another through tweets, Instagram stories and more, sharing separate experiences where women were allegedly approached and harassed this month by a group of four-or-so men in a red van, who in at least two cases attempted to grab them and pull them inside.

The incidents are said to have taken place around the Dundas and Bathurst, and College and Bathurst areas at night.

@ anyone in Toronto!!!!! Apparently there was an attempted kidnapping at Dundas & Bathurst. Be safe #Toronto pic.twitter.com/uPx4ZMKPRD

The events are eerily reminiscent of around this time last summer, when there was a series of reports of attempted abductions with a car and multiple random, unprovoked physical assaults on women in the Roncesvalles and Parkdale areas.

Residents organized at the time to issue PSAs, walk each other home, and even provide transportation assistance and de-escalation if needed. 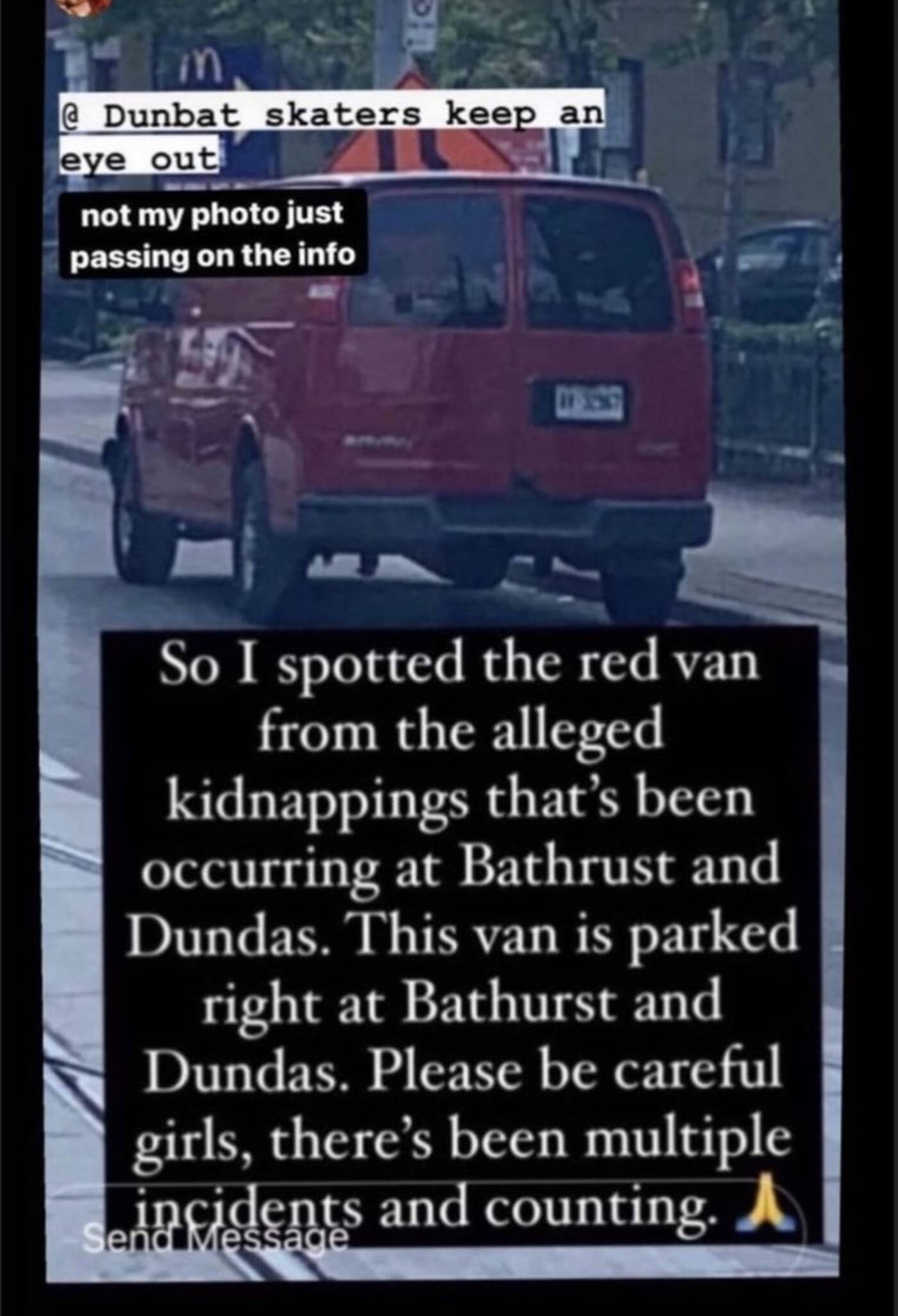 A widely-shared Instagram story warning of the attempted attacks.

Community safety meetings also took place in the wake of the assaults, which served as yet another reminder of the risks that women face just for being out and about in public spaces.

Though Toronto Police Service says it has not received any formal reports about any of the events, a 55-year-old woman did go missing in the area on Wednesday. 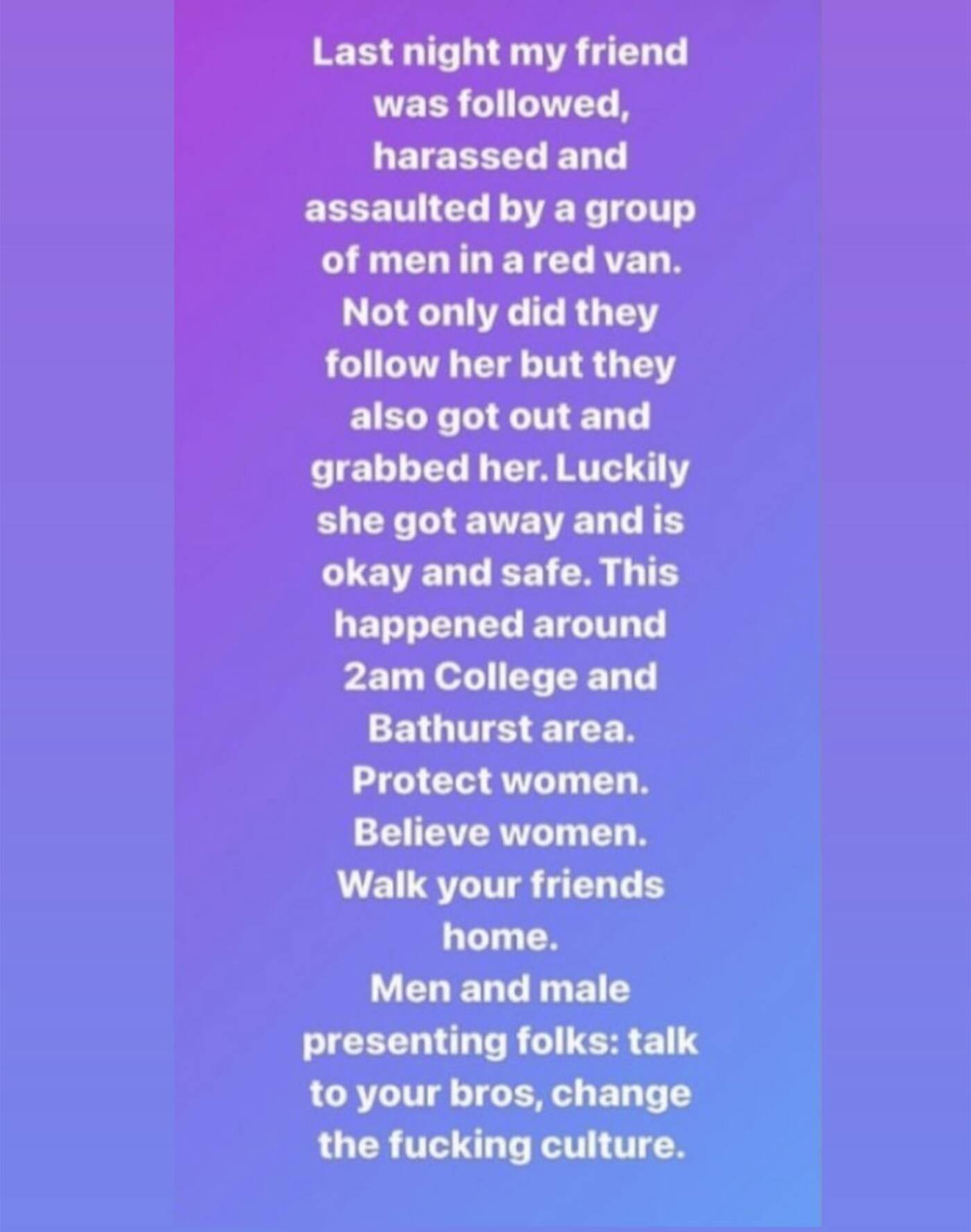 Another Instagram story about one alleged encounter with the men in the red van.

A spokesperson for the force added that they highly urge anyone who witnesses or experiences any future encounters to report it to police so they can investigate.