Six Vancouver Island marmot pups have been playing and exploring their nest box at the Toronto Zoo.

The Toronto Zoo announced the births of the six marmots recently and showed an adorable video of the pups eating and sniffing around their box.

Two pairs of marmots gave birth this spring. On April 30, the zoo confirmed the marmot pair Oban and Frances had five pups. And on May 15, squeaks were heard from another pair, Mayne and Laura Beth's nest box. Keepers later confirmed the pair had one pup.

Specially trained wildlife care keepers do not open the nest boxes until three to four weeks after first hearing sounds to minimize disturbance.

"Now reaching two months old, the older pups have started to emerge from their nest box and have been venturing throughout their indoor and outdoor enclosures," the Toronto Zoo writes.

There are seven pairs of marmots at the Toronto Zoo but breeding pairs are kept out of the public eye in specialized conservation breeding centres along Meadowvale Road. They have minimal human-animal contact for behavioural purposes.

They have specialized diets and multiple enclosures, which are furnished to allow for natural behaviours such as nesting, digging, gnawing and watching for predators, the zoo says. 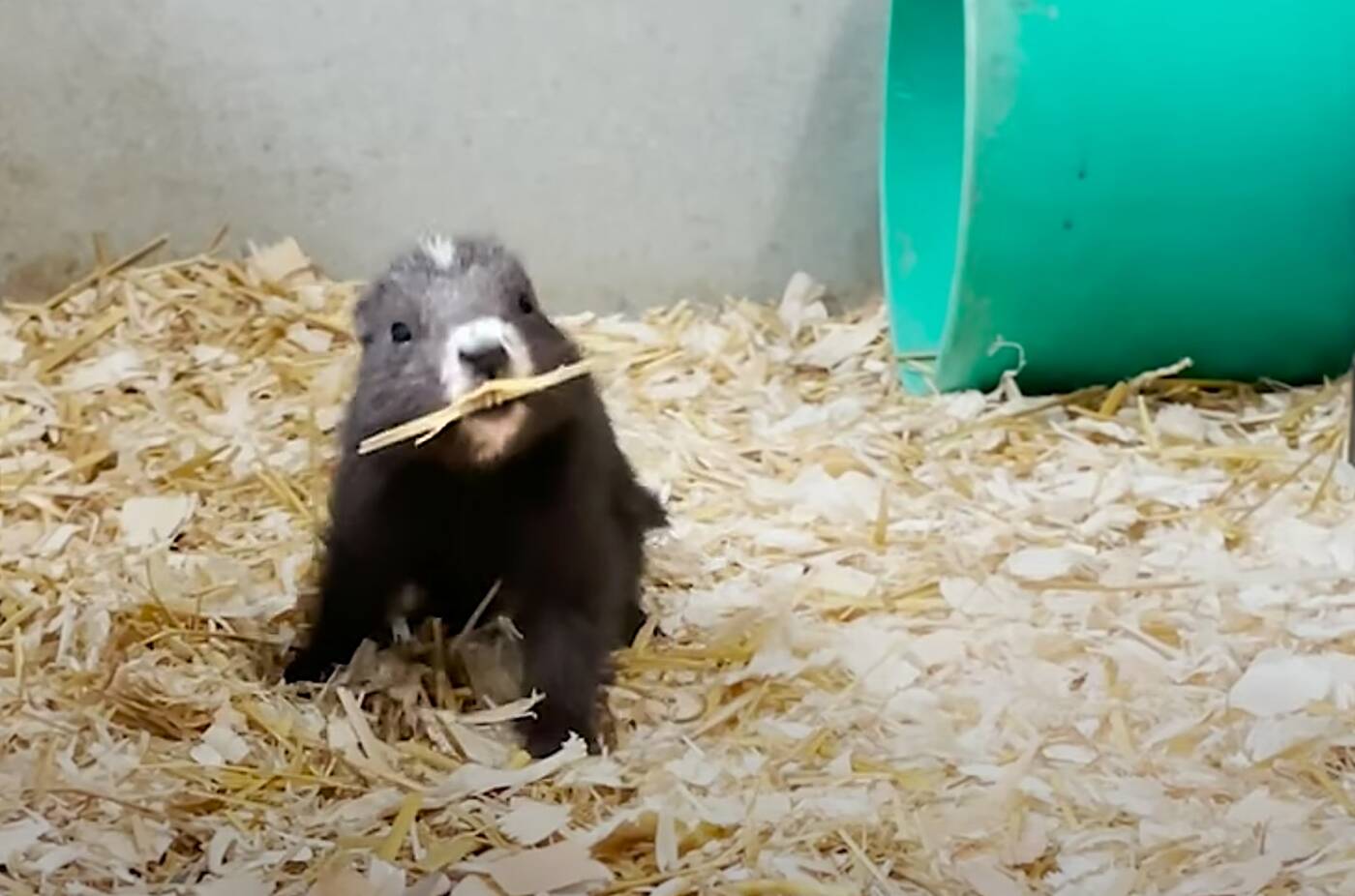 Marmot breeding is usually shortly after hibernation, in March or April, and gestation lasts only 30 days. Not every pair breeds every year.

"Baby marmots, called pups, usually come in litters of three to four animals and remain hidden in the nests made by their parents within sheltered nest boxes for the first few weeks of their lives," the zoo says.

Often the pups are nearly a month old before they begin exploring beyond their nest boxes where the keepers can see them. But they will grow quickly throughout the summer, and by the fall, will be independent of their parents.

While some pups stay in the managed breeding program, most will be sent to Vancouver Island where they make the final preparations for their first over-winter hibernation and eventual release into the wild, the zoo states.

The Toronto Zoo has been part of a conservation breeding program for the Vancouver Island marmot since 1997.

The marmot is Canada's most endangered mammal and one of the most critically endangered animals in the world.

"Only 30 individuals were left in the wild in 2003, but the population on Vancouver Island is now estimated at 200-300 marmots thanks to the marmot recovery program," the Toronto Zoo writes.

To date, 165 marmot pups have been born and raised at the Zoo, with over 140 of those released into the wild.