Boating season is here and it's a great time to get out on the water, but one Toronto boat appears to be grounded for the summer.

The derelict boat sitting on a trailer on Wabash Avenue next to Sorauren Park in Roncesvalles caught the attention of Weird Toronto.

On July 4 the boat, oddly, had a mannequin sitting upright in it. 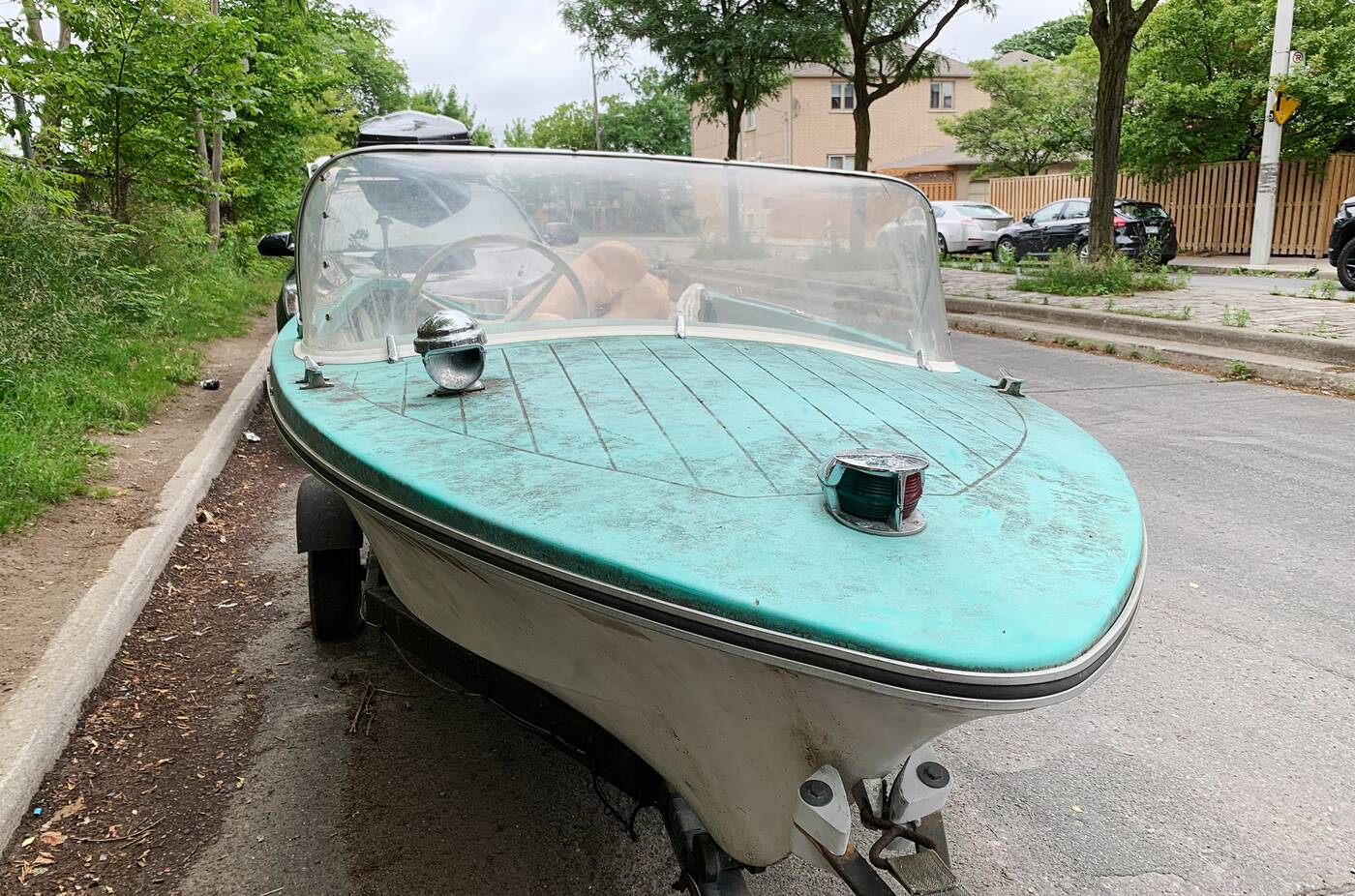 The mannequin, which was sitting upright in the boat, is now knocked over.

A few days later, the boat remains but the mannequin has been knocked down.

The boat is parked on the street and the trailer doesn't have a license plate.

Boats and recreational vehicles can be parked in private driveways in the city, depending on the zoning for the neighbourhood. 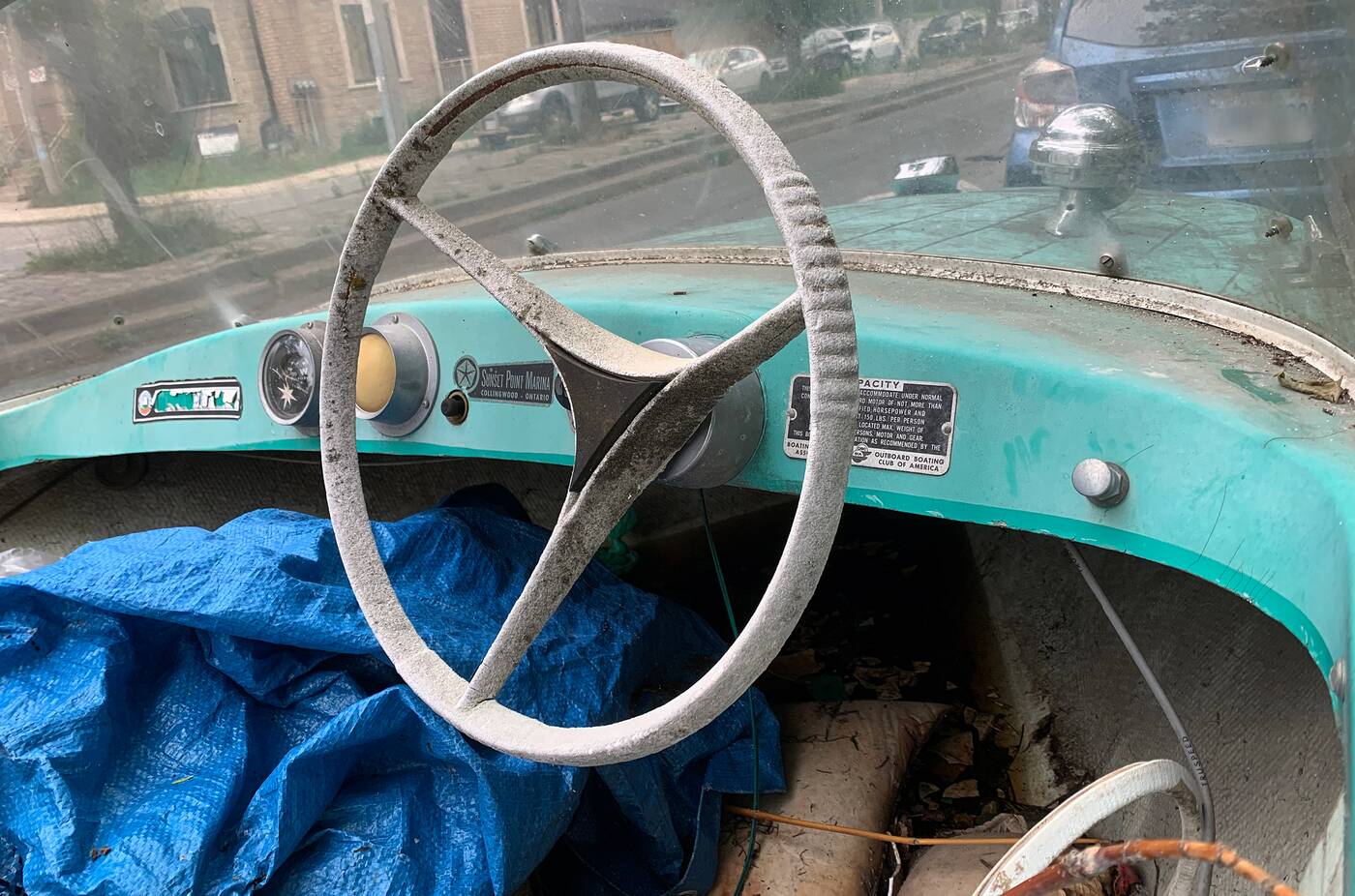 There are several other items in the boat. It looks like it hasn't been used in many years.

Toronto communities have different rules. In Scarborough, for example, vehicles for construction, dump trucks or farm tractors and "self-propelled implements of husbandry" and many other vehicles are not allowed on any part of a yard of a home.

In Etobicoke, people are permitted to park a boat but only in the summer.

But no matter where you are in the city, boats and other recreational vehicles cannot be parked on streets, City of Toronto spokesperson Marcela Mayo tells blogTO. 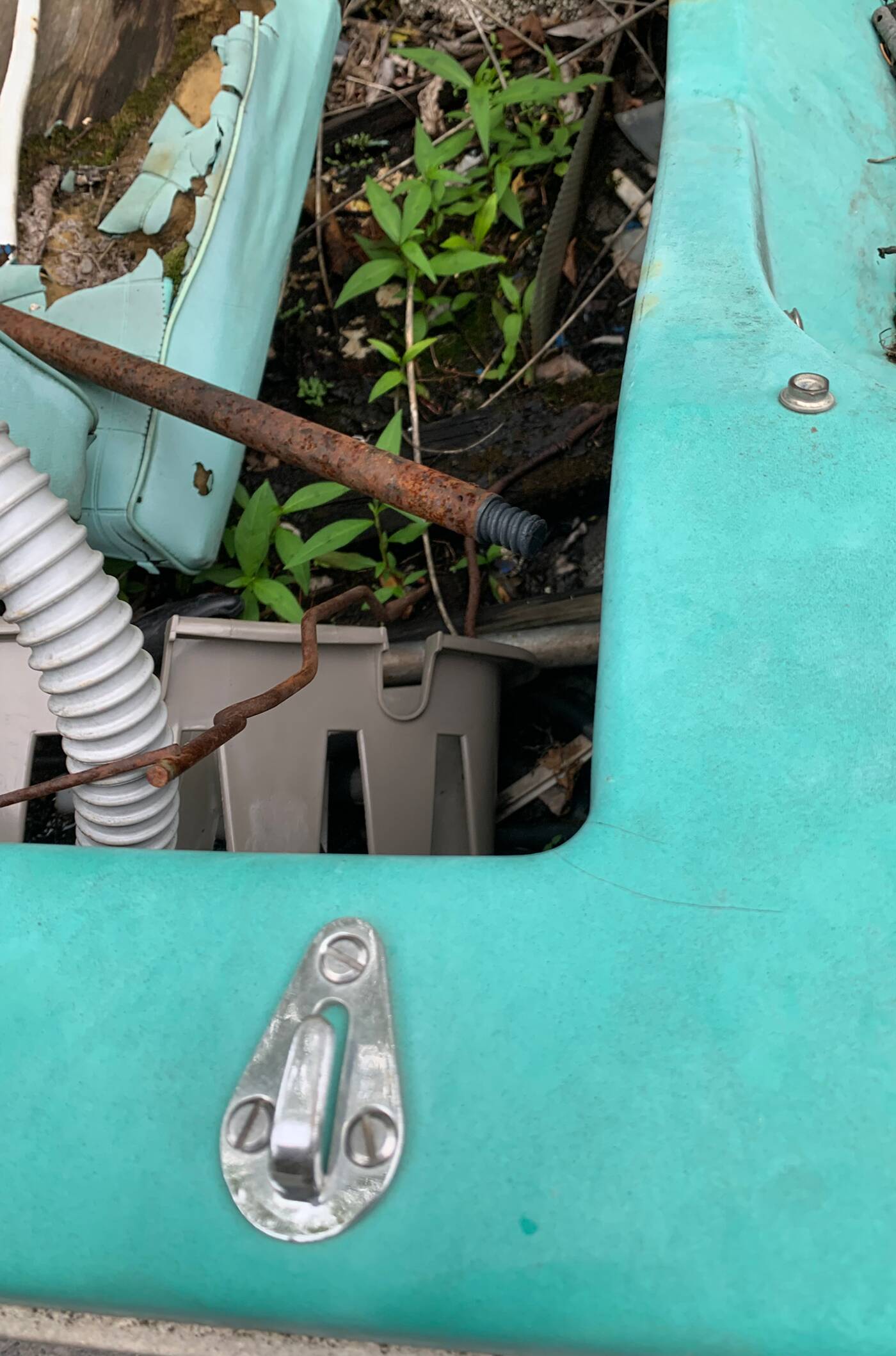 There are even some plants growing in the back.

Boats are not eligible for a residential on-street parking permit.

"Residents who have concerns about a non-permitted vehicle on residential streets can call the Toronto Police non-emergency line 416-808-6600 and request parking enforcement," Mayo says.

So it looks like the city may have to foot the bill to tow this boat, and its passenger away.