BAPS Shri Swaminarayan Mandir is a Hindu place of worship that draws people from all walks of life to its breathtaking building. While its design alone is impressive, the construction of the mandir is even more noteworthy.

If you're driving on the 427 past Finch Avenue you can't miss the stunning white structure that looks like it's straight out of a fairytale book. 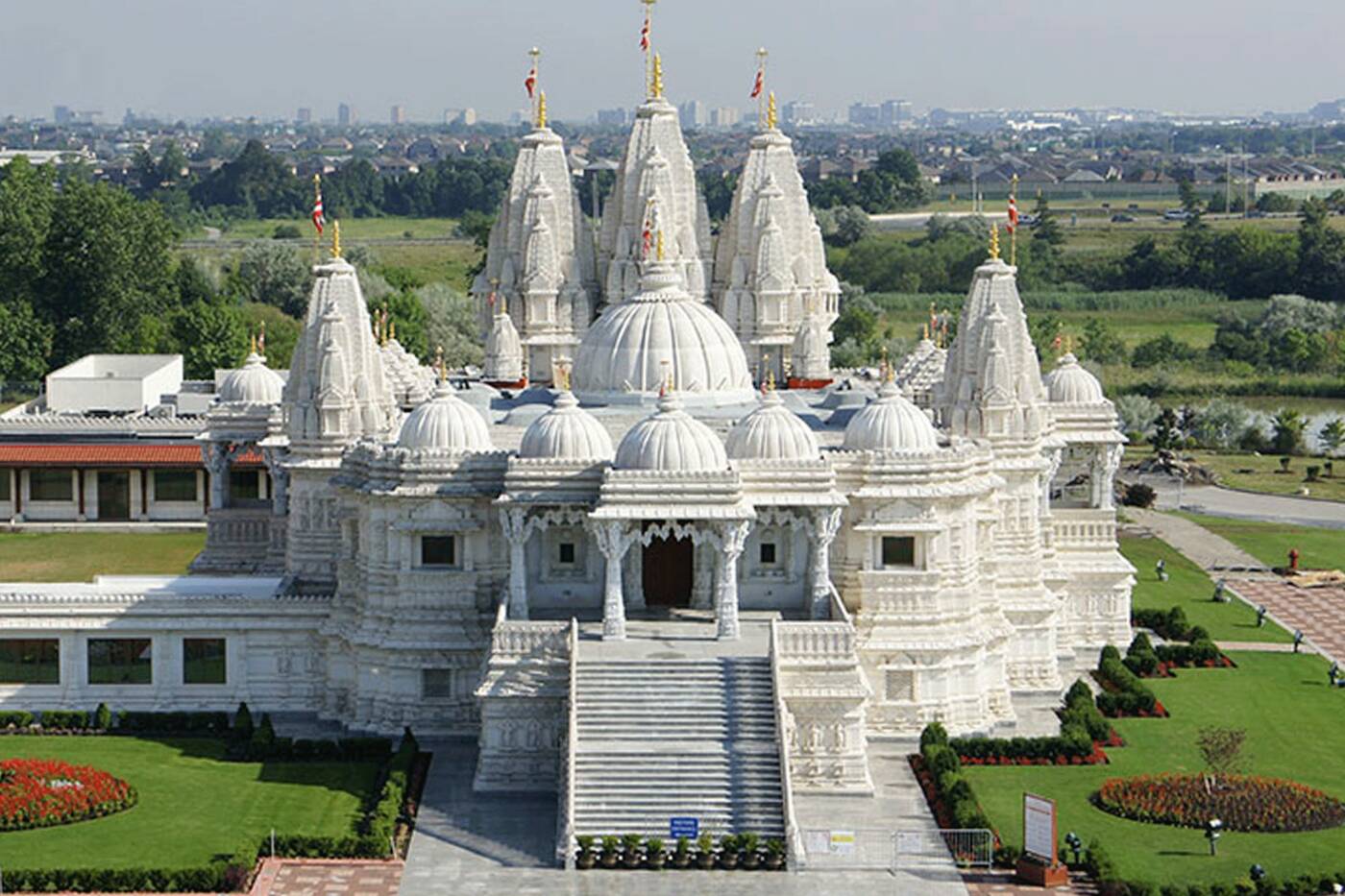 According to BAPS Swaminarayan Sanstha, it took 1,800 craftsmen from all over India to hand-carve the 24,000 pieces of stone that the mandir is made of.

The entire thing was assembled in just 18 months by 400 BAPS volunteers, without the use of any steel, metal or reinforced concrete. 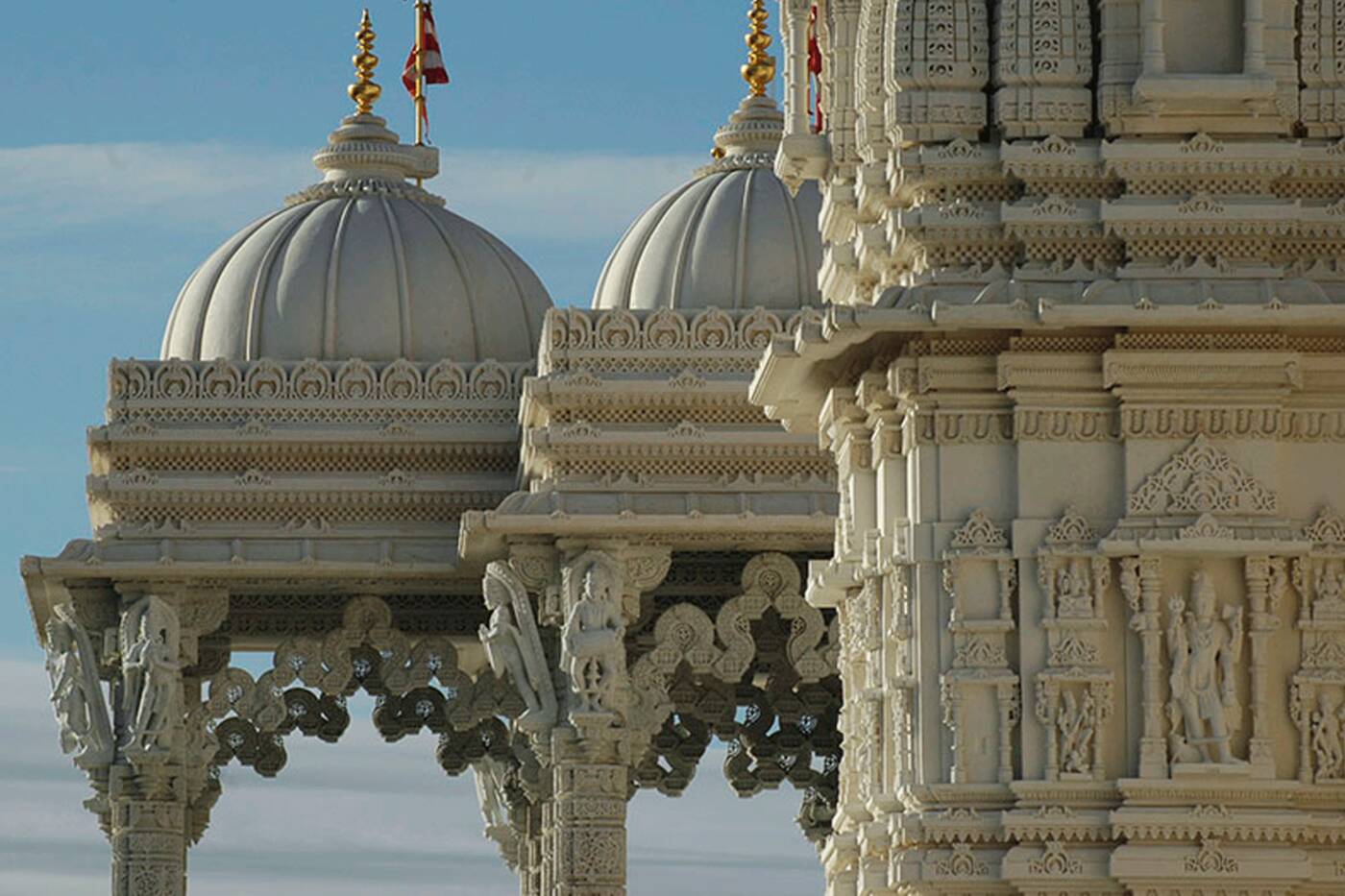 All of the stone used in the mandir was hand-carved in India and shipped to Canada in pieces. Photo by BAPS Shri Swaminarayan Mandir.

The mandir is made completely out of Turkish limestone, Indian pink sandstone and Italian marble. The intricate pieces were made to perfectly fit one another, with the heaviest stone weighing 5.6 tonnes and the smallest just 50 grams.

As the first of its kind in Canada, the BAPS Shri Swaminarayan Mandir received a lot of attention during its opening in July of 2007. 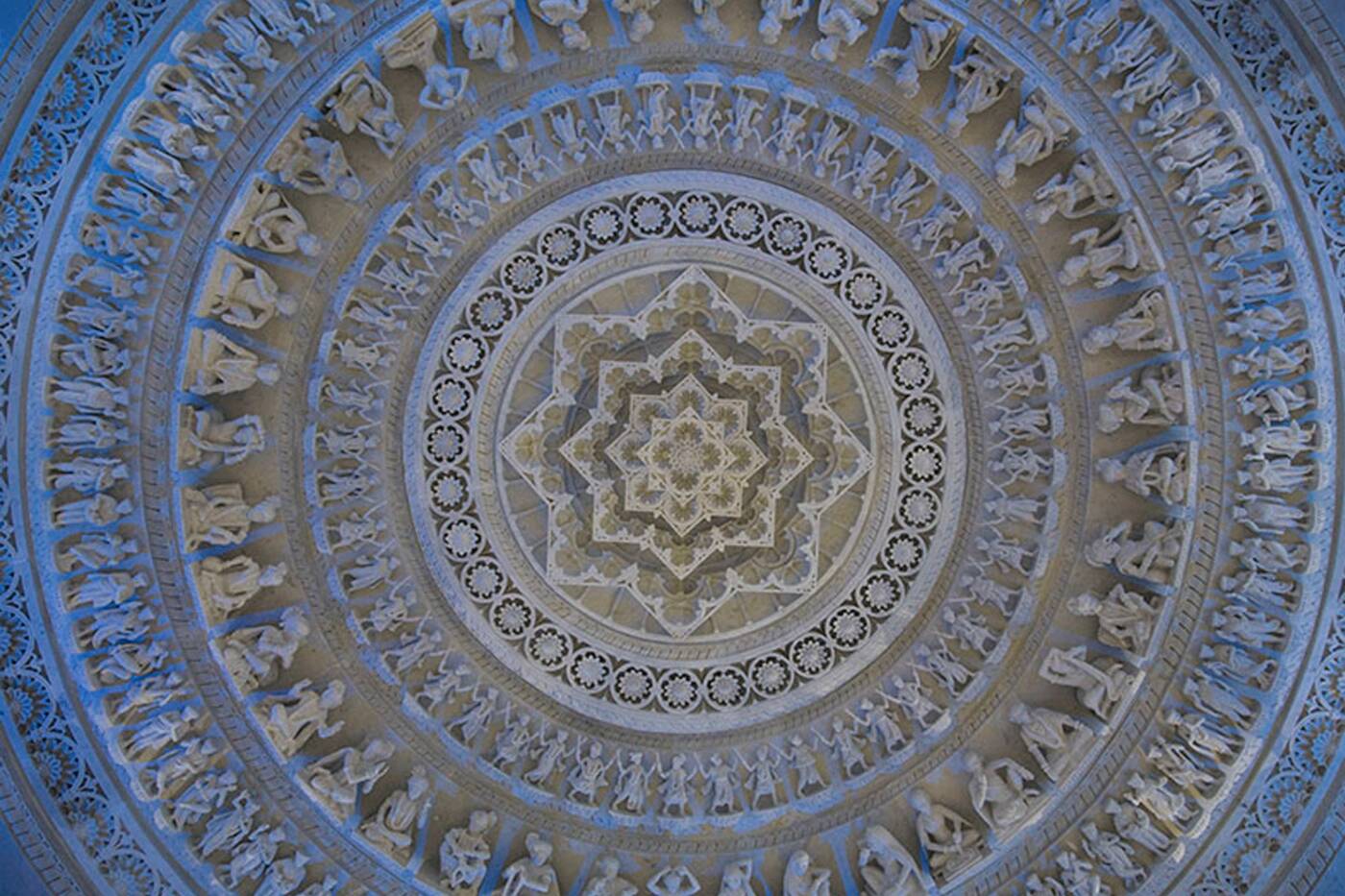 An intricate ceiling design inside of the mandir. Photo by BAPS Shri Swaminarayan Mandir.

Toronto media companies called it an architectural masterpiece, a monument to faith and a symbol of the country's diversity.

"The $40 million temple is an architectural wonder. The walls, pillars and ceiling consist of intricately crafted designs and statues. Under yesterday's gleaming sun, it looked like a sparkling crystal palace," the Toronto Star reported after the opening.

The complex is made up of the Hindu mandir, haveli (the cultural centre) and a heritage museum. 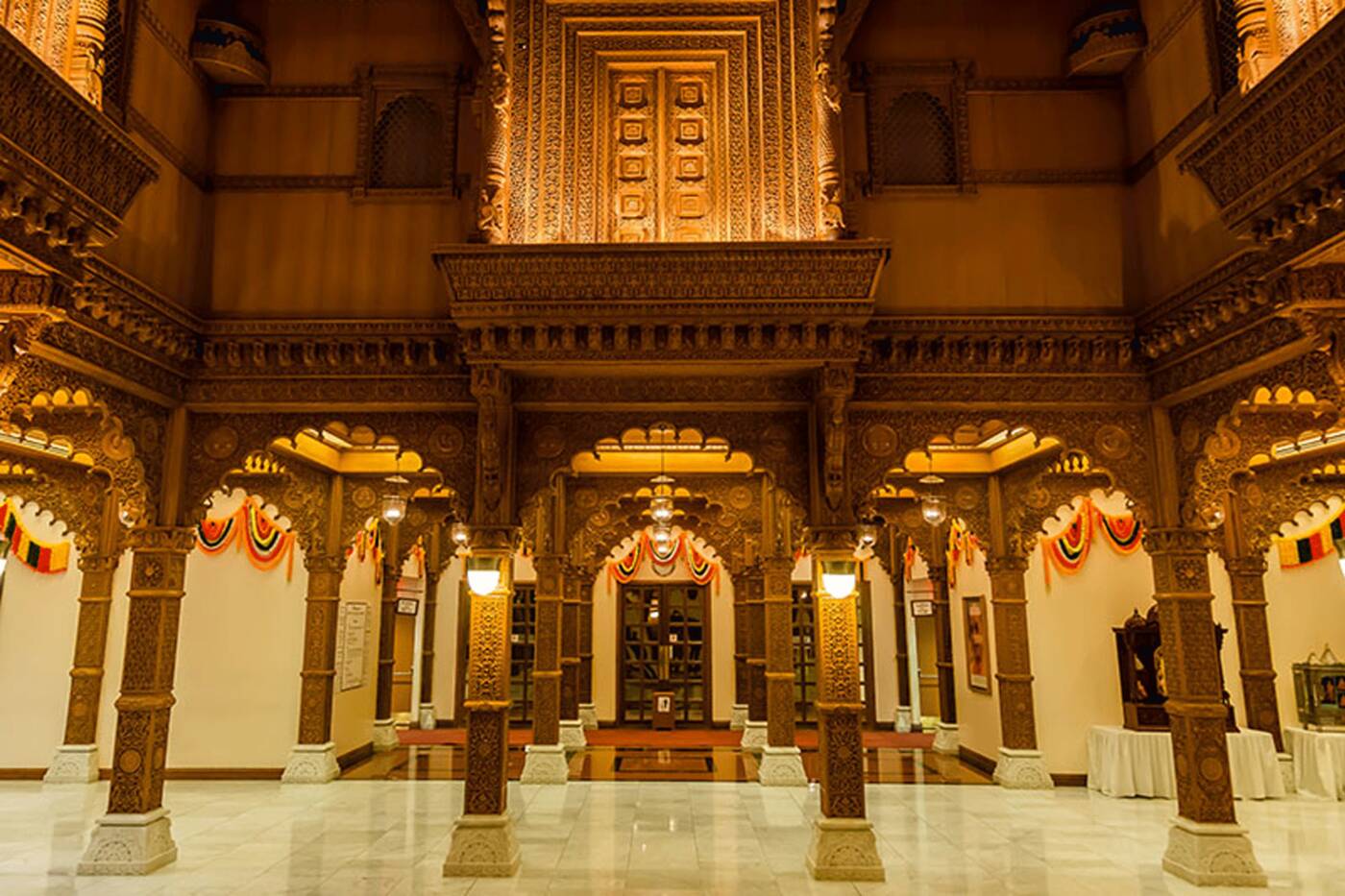 Inside of the haveli, the cultural centre of the complex. Photo by BAPS Shri Swaminarayan Mandir.

The mandir is a place where visitors can practice and experience Hinduism and the heritage museum showcases Indo-Canadian history and culture.

Its unique stone and marble design was built according to principles laid out in Hindu texts describing standards of sacred architecture called 'Shilpa Shastras.'

Nearly every inch of the building features carved deities representing different Hindu virtues. Animals such as elephants, peacocks and horses were all carefully carved into the stone. 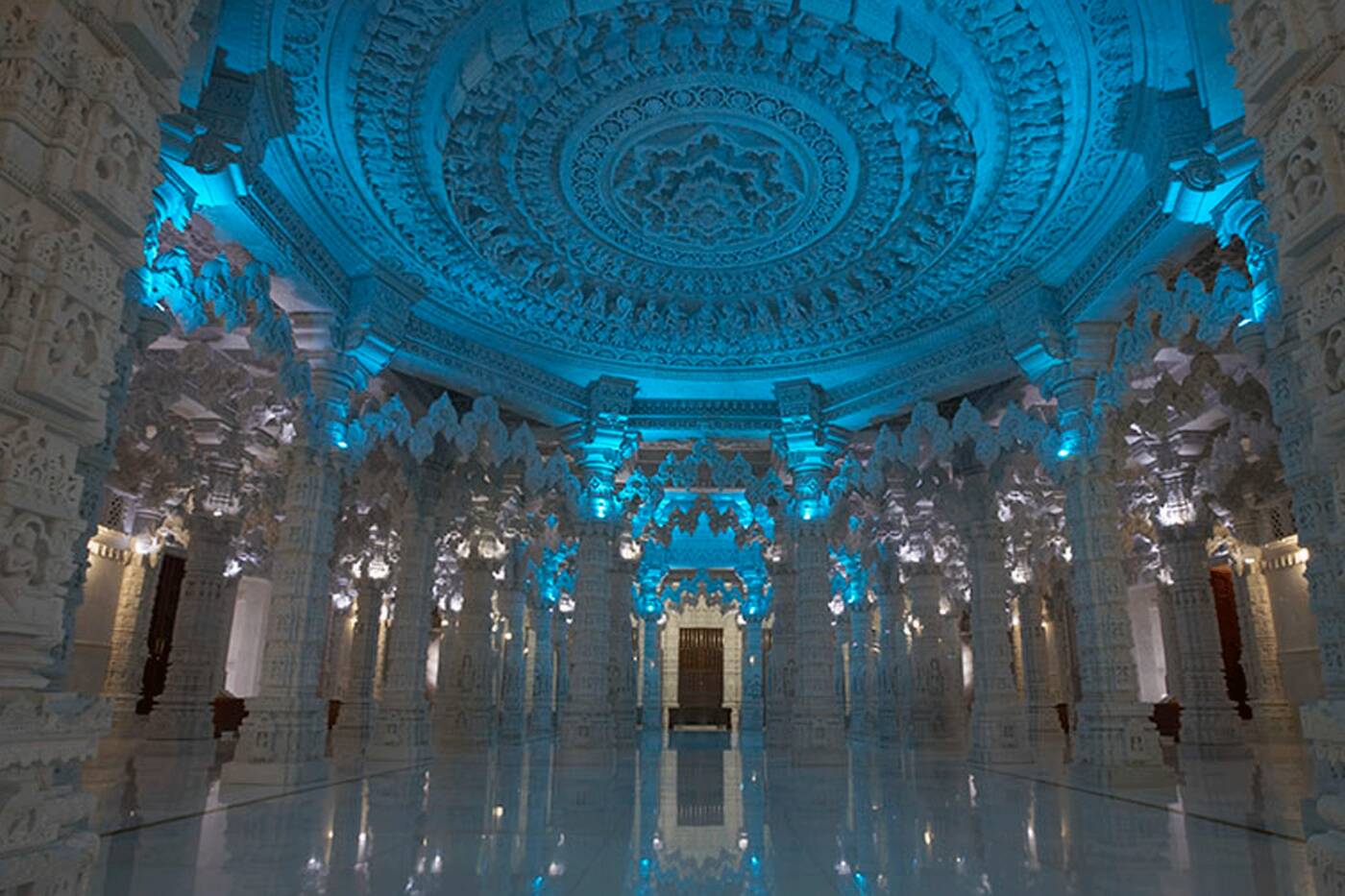 According to the BAPSChannel, the living source of inspiration for this mandir is the spiritual guru and current leader of BAPS, Mahant Swami Maharaj.

It was with the help of the rest of the BAPS community and loyal volunteers that the structure was completed so quickly.

They assisted in planning, scheduling, polishing stones and in any other way they could. On July 22, 2007 all of their work was realized when BAPS Shri Swaminarayan Mandir was opened to the public. 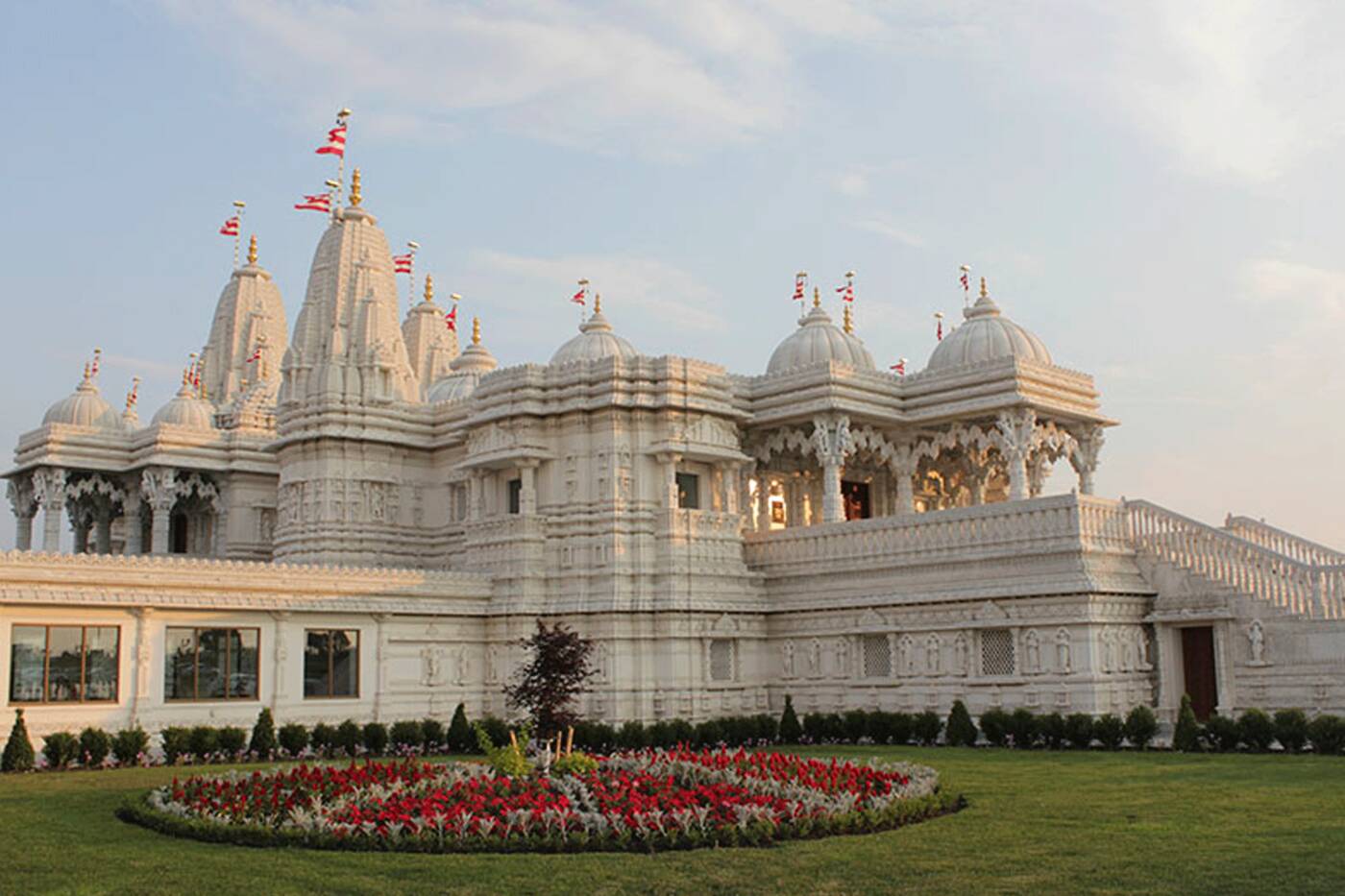 Before COVID-19, the mandir drew in visitors from all over the country. Photo by BAPS Shri Swaminarayan Mandir.

Since its opening, the mandir became known for hosting festivals, celebrations and a variety of activities. It welcomed children, students, adults and the elderly through its doors for over a decade.

Unfortunately, like many institutions, it was forced to shut down due to the COVID-19 pandemic. 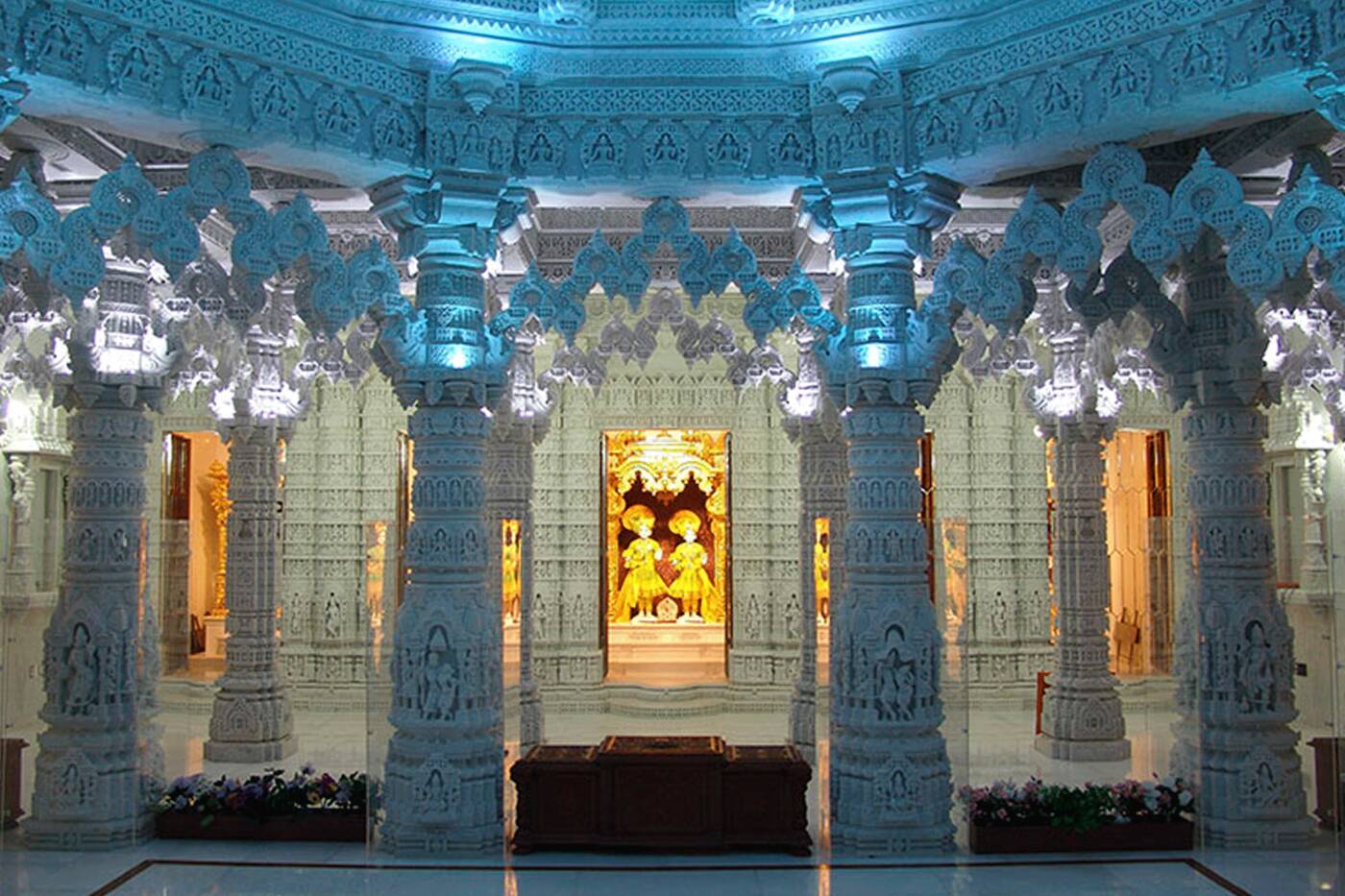 Intricately designed columns can be seen throughout the mandir. Photo by BAPS Shri Swaminarayan Mandir.

It served as a COVID-19 vaccination clinic

According to their website, all buildings and services are closed until further notice to ensure the safety of all visitors, congregants and volunteers.

In the fight to help stop the spread of COVID-19, the BAPS Shri Swaminarayan Mandir turned into the site of Ontario’s first COVID-19 vaccine pop-up clinic in a hotspot neighbourhood in April. 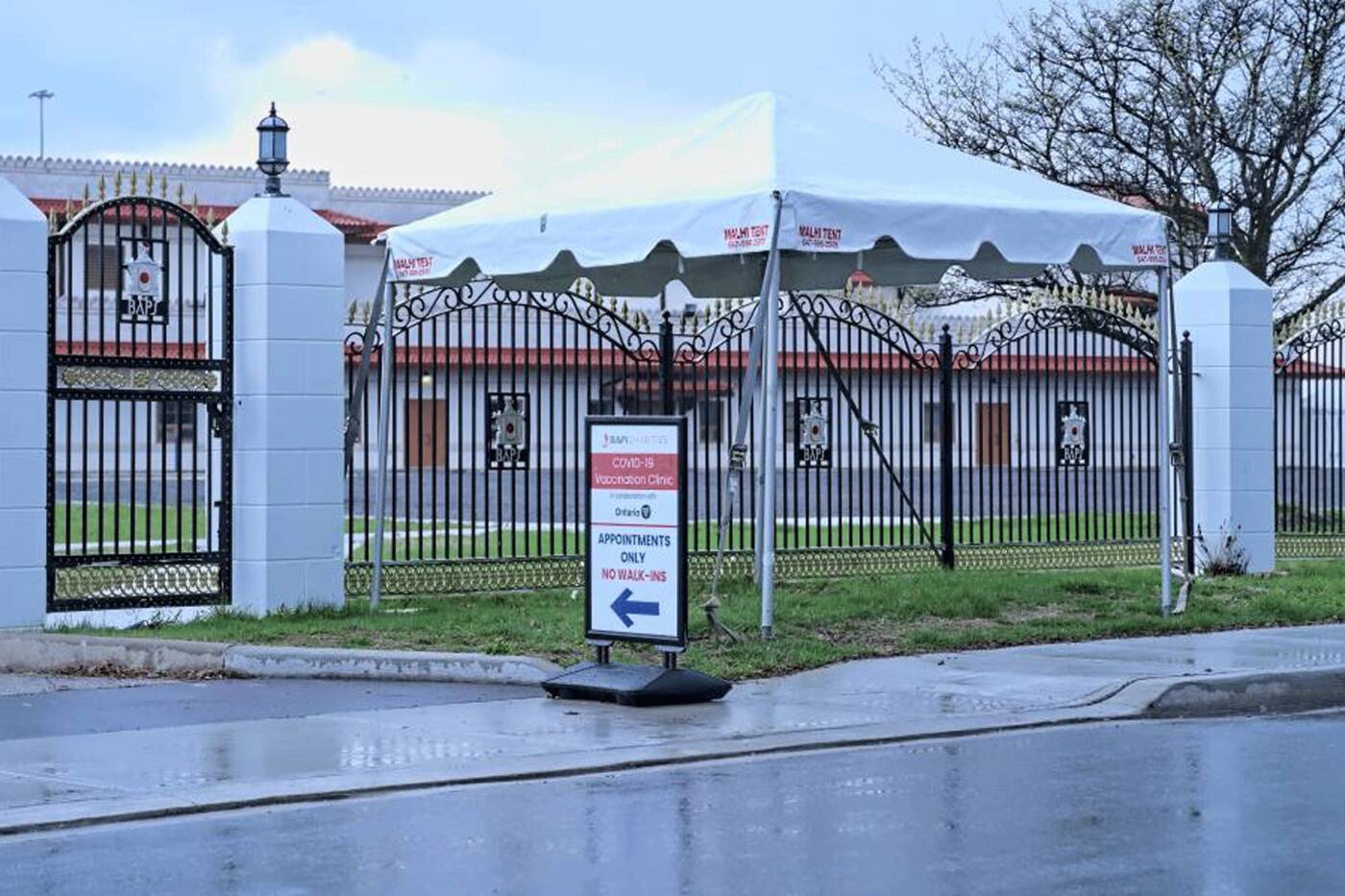 BAPS Charities partnered with The Ministry of Health, Toronto Public Health and William Osler Health system to operate the clinic, with a goal of vaccinating 15,000 people.

While the COVID-19 pandemic is still forcing BAPS Shri Swaminarayan Mandir to remain closed to the public, the beautiful building awaits a time when it can once again be filled with people.