After seeing the area outside her local Tim Hortons, especially the planter that was filled with more cigarette butts than actual plants, Toronto resident Shari Kasman took it upon herself to come up with a solution.

"It just looked pretty trashy and I said is there some kind of tin you can put outside for people who are smoking and putting their butts into the planter," Kasman told blogTO.

"The manager just said no we don't have any tins. Which seems a little ridiculous because they should be taking some responsibility for these people using their seats outside the Tim Hortons."

Instead, of just allowing her neighbourhood to continue to be littered with trash, Kasman went home to pursue a DIY project that could hopefully fix the situation.

After pulling an empty cocoa tin that was used to make brownies out of her recycling, Kasman drew a brand new label to indicate its new purpose as a butt disposal. 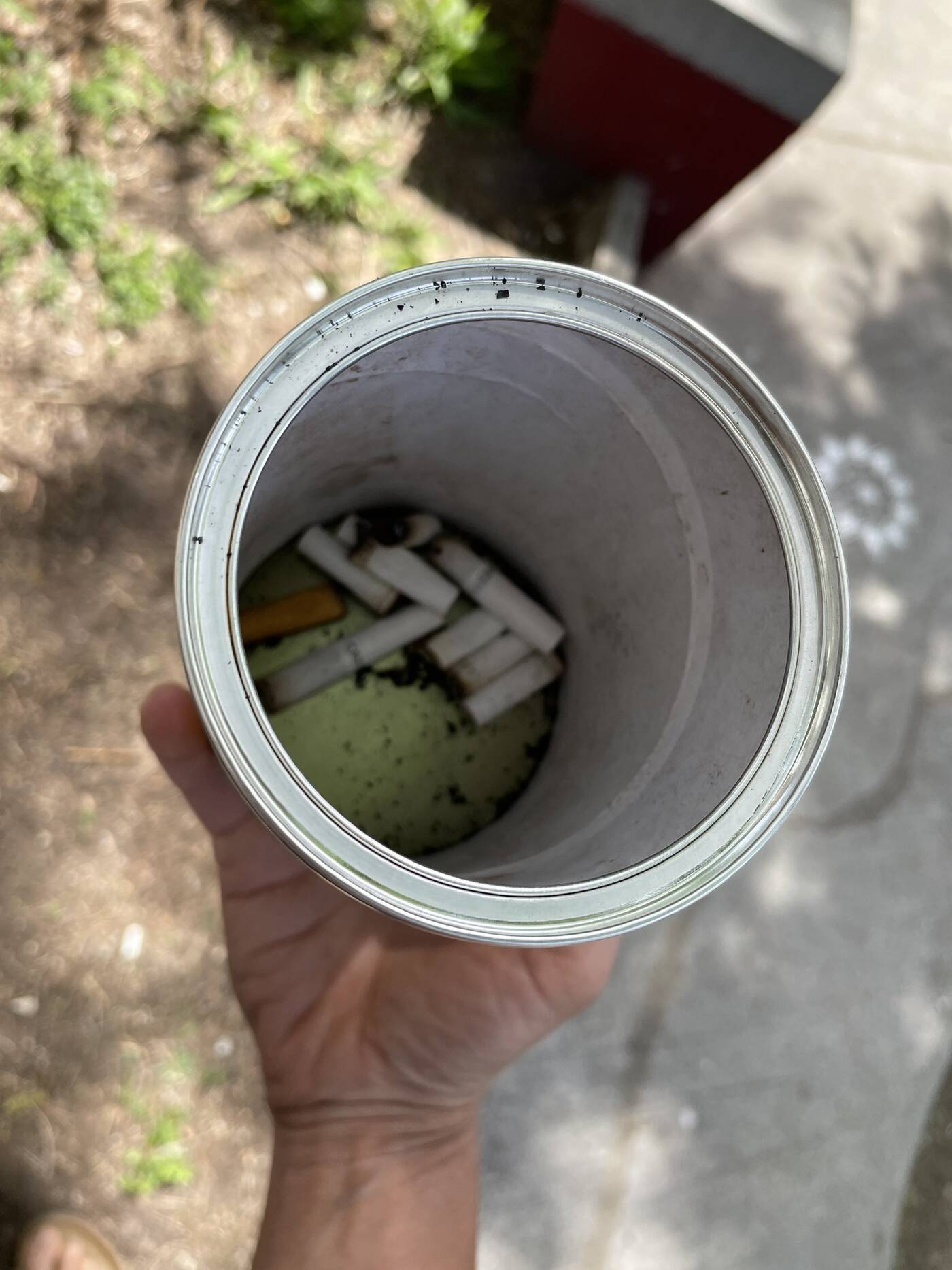 "It's just ridiculous that Tim Hortons has no containers," Kasman explained. "You sell containers, everyone gets a cup."

The tin was left next to the planter with hopes that it will help prevent some of the littering occuring within the area. While it may not be the movement that turns Toronto into a green city, it's certainly a small step in the right direction.