Dimitra Doufekas has been procuring souvenirs from all of the places she didn't get to visit this past year.

From Chateau Marmont and Buckingham Palace to Mount Rushmore and The Rock and Roll Hall of Fame, COVID may have stopped Doufekas from being there, doing that, but she bought the t-shirt.

It all started last May when reality set in that the pandemic would be thwarting any chance of a big trip for her older brother, Bill's 50th birthday, coming up in July. 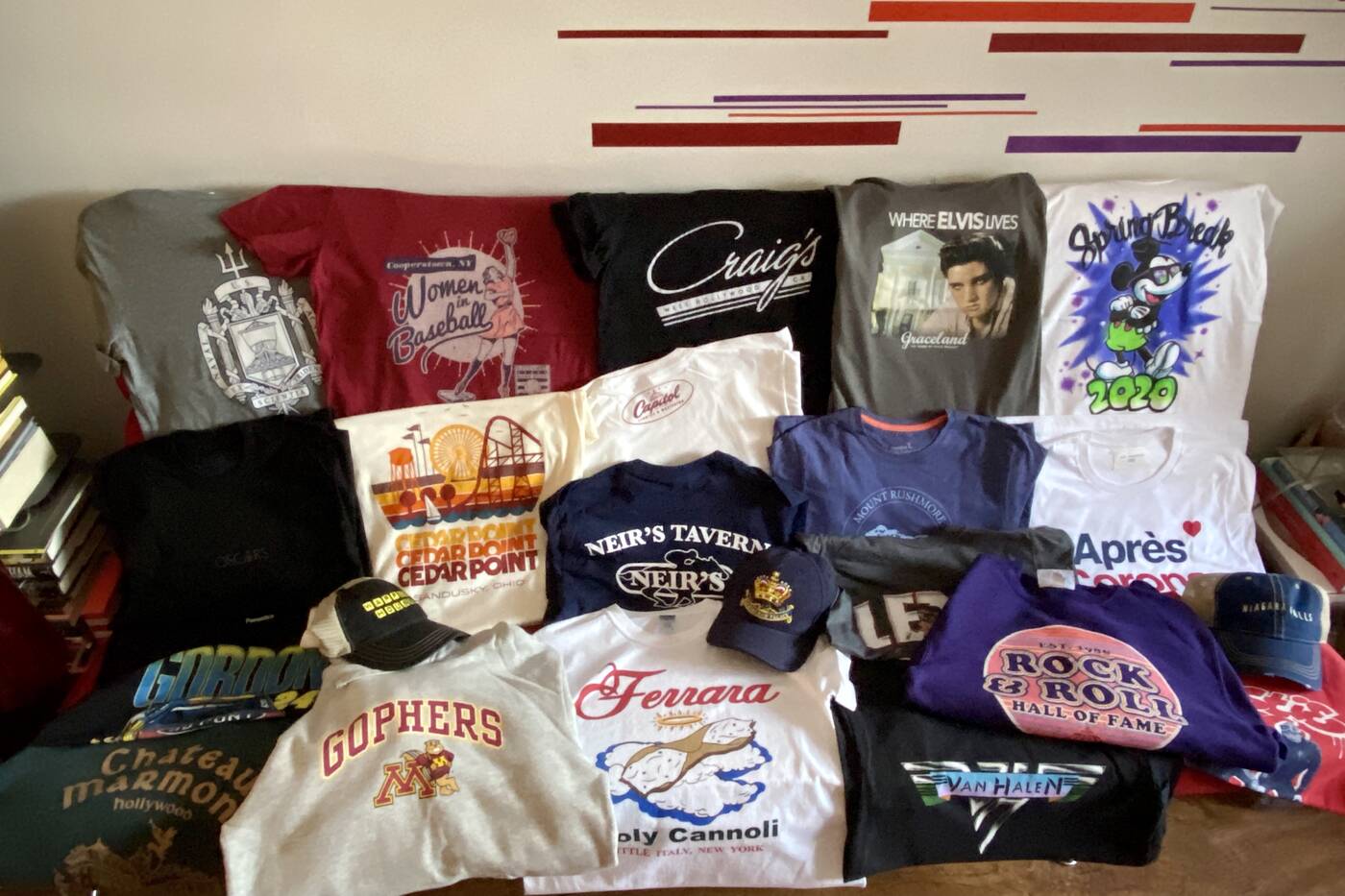 Just some of the souvenir collection acquired by Dimitra Doufekas since last May.

"For my big 40th birthday, he took me to Disney World and for his 40th we went to Las Vegas, so birthdays have always been a special treat," Doufekas told blogTO.

"When he was going to hit 50 we were like, 'Oh yeah, we're gonna party.' And then there was no partying at all. It has been a way of still getting that fun of being there, even though we weren't physically there."

The collection started with a Waffle House t-shirt for her brother and a baseball hat for herself and has now grown to around 80 items between the two of them including plenty of shirts, pens, scarves and hats.

Among the kitschy treasures is a Chateau Marmont shirt inspired by Keanu Reeves' stay there in the 90s and hats from Buckingham Palace, which took three weeks to arrive in the mail during the Harry and Megan controversy back in March.

"My brother's favorite is a shirt from Disneyland that says, 'Spring Break 2020' with Mickey Mouse partying on it," Doufekas says.

"Disneyland wasn't open during spring break at all and hadn't been open for like 10 months, but they sold those shirts at the beginning of the year by accident." 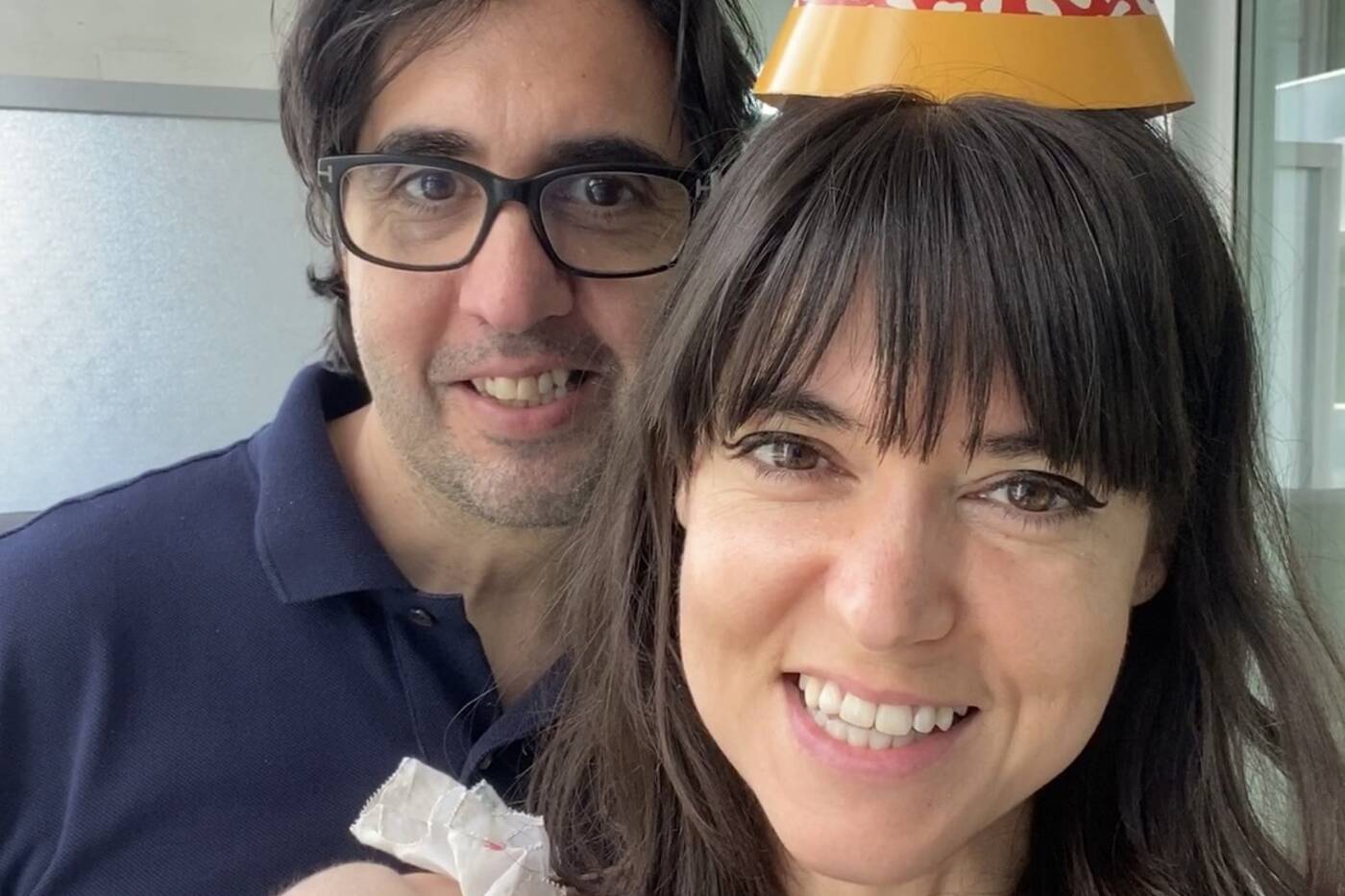 Dimitra Doufekas and her brother, Bill.

Doufekas says the souvenirs have given her something to look forward to through multiple lockdowns. It has also been a way to stay connected with her brother who she used to see consistently at their family restaurant, Chick-N-Joy.

"We're best friends. We usually work together every day but since things have been more uncertain, the restaurant has been closed," she says. "This is something we can do that still keeps us connected and allows us to share an experience together."

Now coming up on a few weeks of her brother's 51st birthday, the year of mementos is coming to a wrap with a few final items from Shakespeare's Globe in London and the Hard Rock Cafe in Venice still on its way.

Doufekas is looking forward to more walks through the neighbourhood in her recently acquired apparel from all of the places she and her brother visited from afar.