A simple idea by a seven-year-old has grown into a 1,700-foot stone snake, easily Toronto's longest lineup of painted rocks ever.

Ever since Lucas Walker placed four painted rocks next to the Kew Beach boardwalk over a month ago and set up a painted sign encouraging others to join in, thousands more have been added by the community. 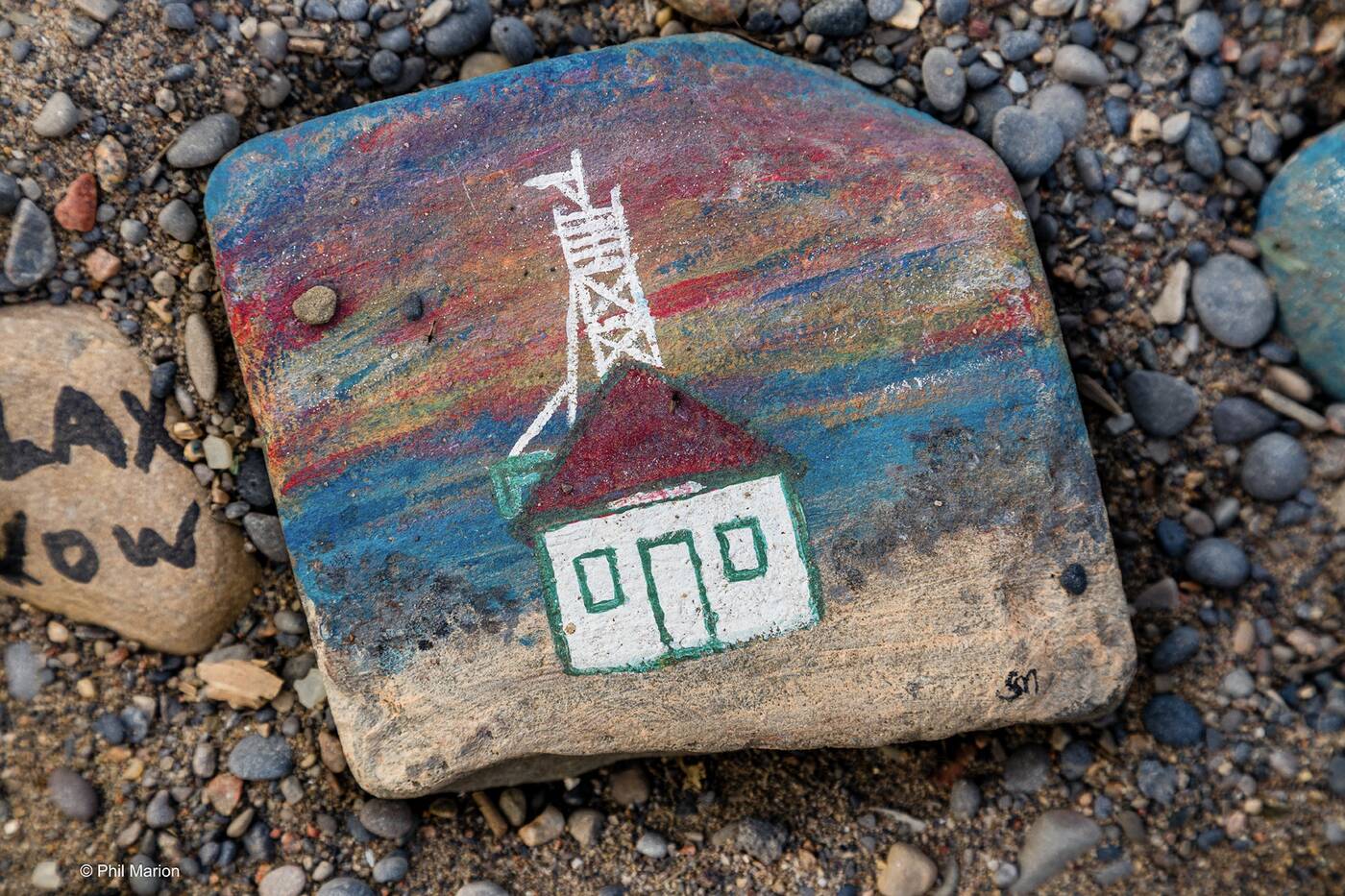 Seven-year-old Lucas Walker started the rock snake over a month ago at the Kew Beach boardwalk.

The neighbourhood has been eager to participate in what has to be the largest community project of the pandemic; even Mayor John Tory placed a few this past week, bringing the grand total to 7,032 rocks spanning 1,758 feet as of yesterday.

Local photographer Phil Marion has been capturing the individual rocks that have been placed at the beach over the last several weeks. 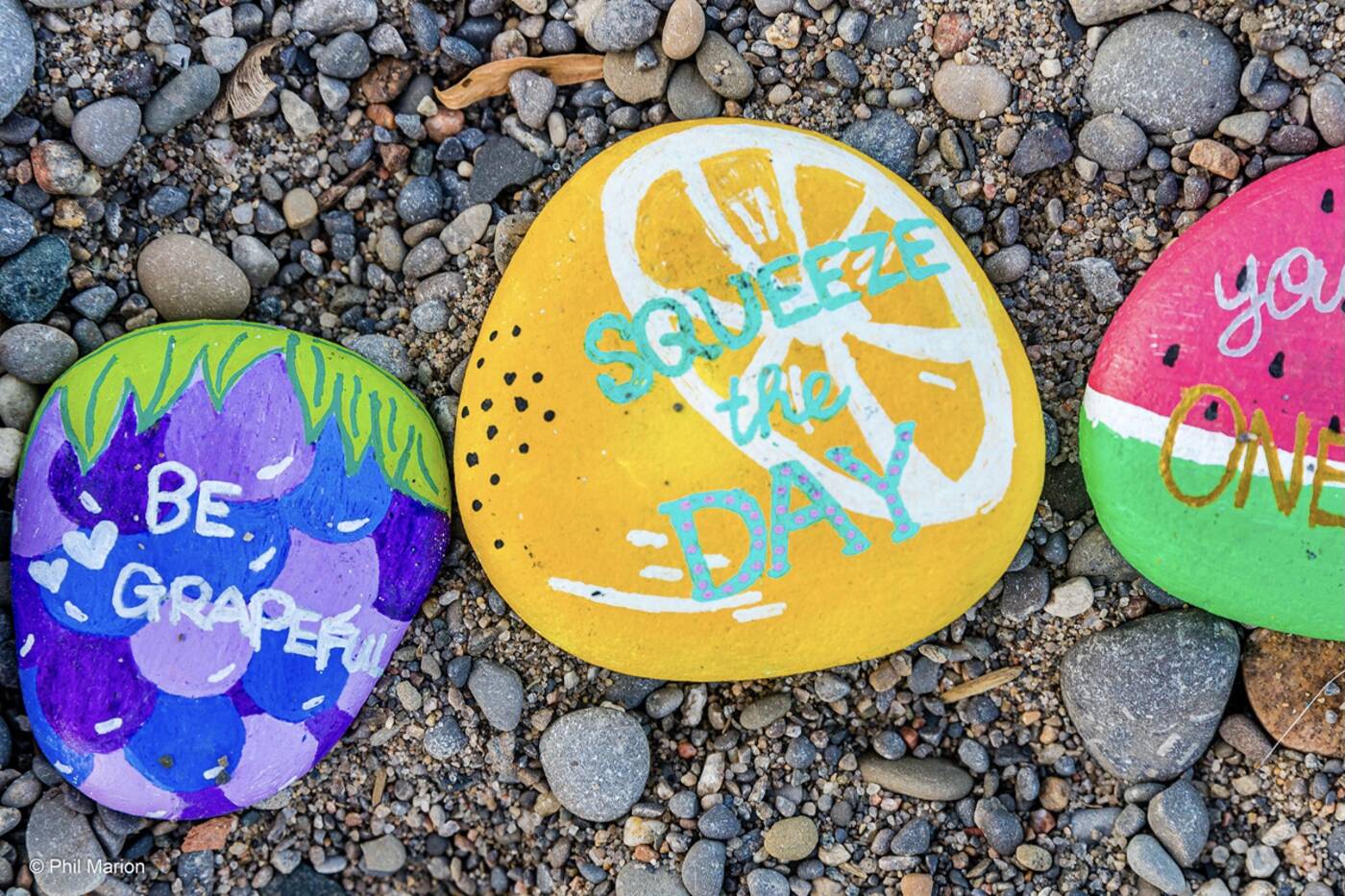 The rock snake has grown to over 1,700 feet long since it started thanks to the community's contributions.

The Beaches resident has shot about a hundred of his rock favourites so far on his early morning walks down to the boardwalk.

"Every day my attention is captured by a few of the rocks and I am amazed by the work and attention some have poured into this project," Marion told blogTO.

"I had seen many photos of the snake but few of the individual rocks and often beauty is in the details." 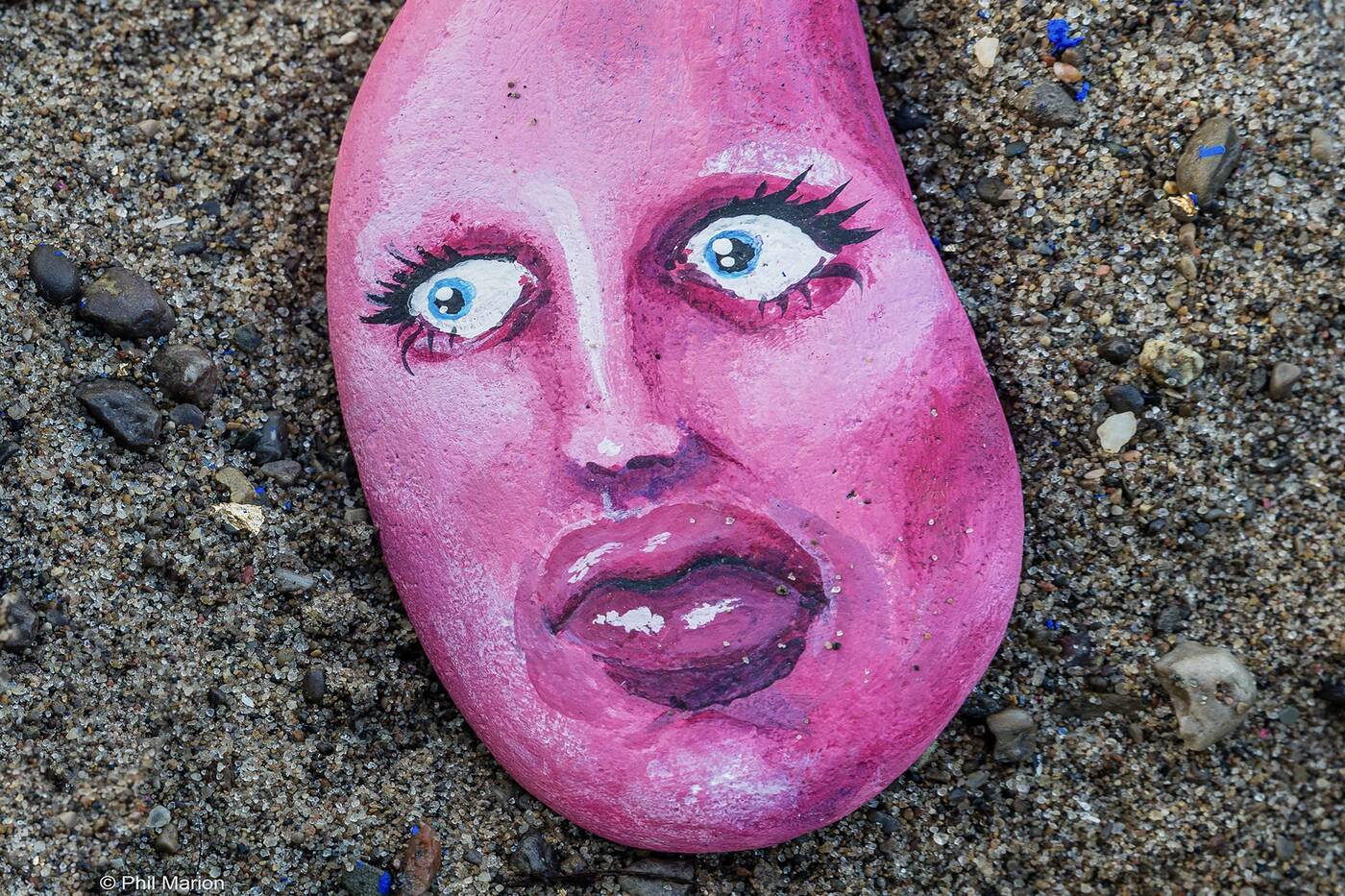 The detail and shading on some of these rocks is amazing.

He's been sharing his photos with a few neighbourhood groups on Facebook for those who aren't able to get down to the beach to see them for themselves, focusing on a couple of new rocks each time. 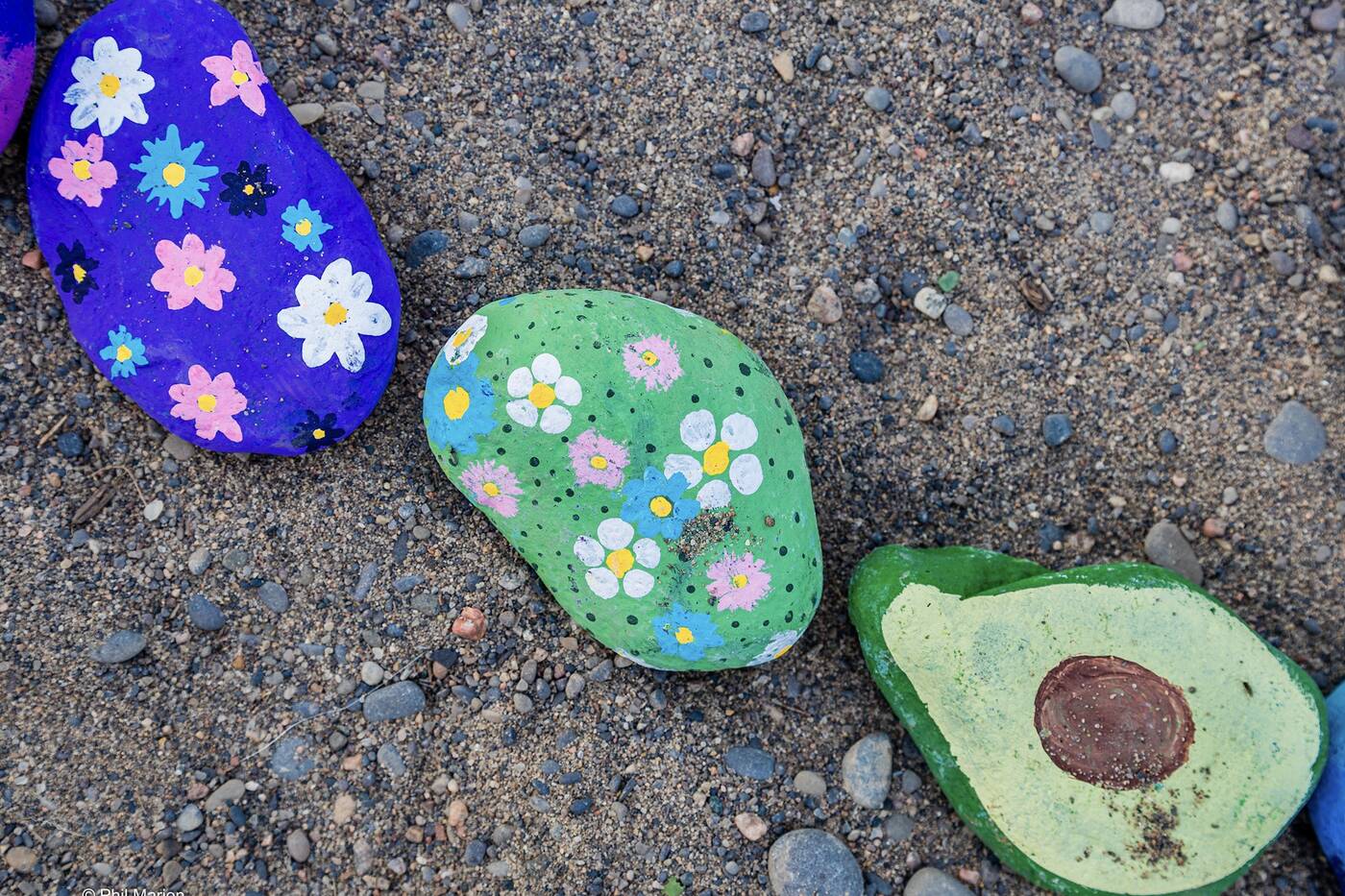 Every day Marion is down at the boardwalk on his morning walks, he takes a photo of a new rock or three.

From inspirational messages and funny puns to realistic, artful faces and landscapes, Marion has showcased the many creative contributions that make the snake so special. 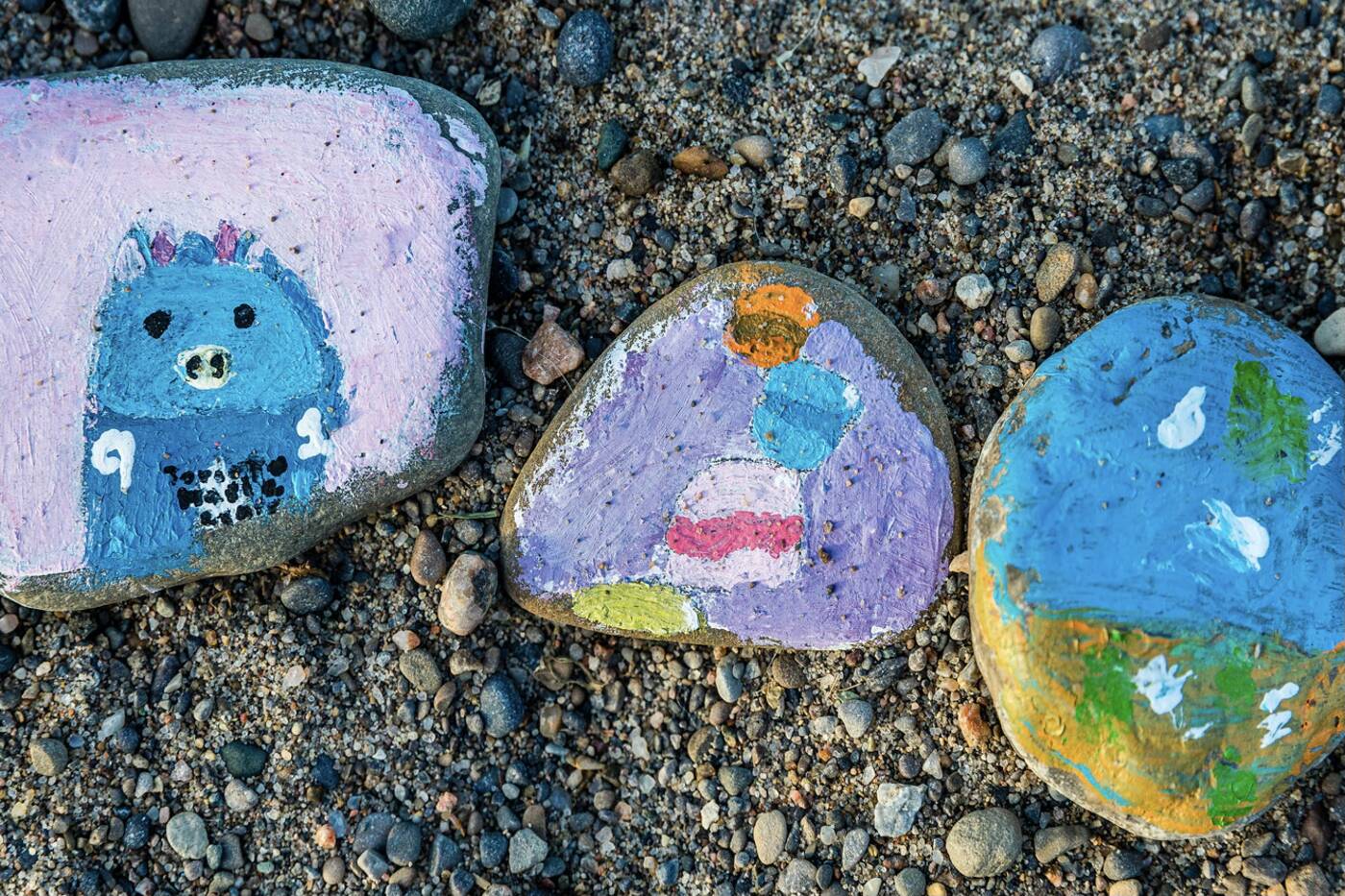 The painted rocks range from inspirational messages and funny puns to realistic, artful faces and landscapes.

"The snake has something for everyone," he says. "Rocks with incredible artistry and imagination, rocks with words of inspiration, rocks full of adorable childlike innocence and rocks of whimsy to put a smile on anyone's face."

"It is a shining example of phenomenal open-air public art." 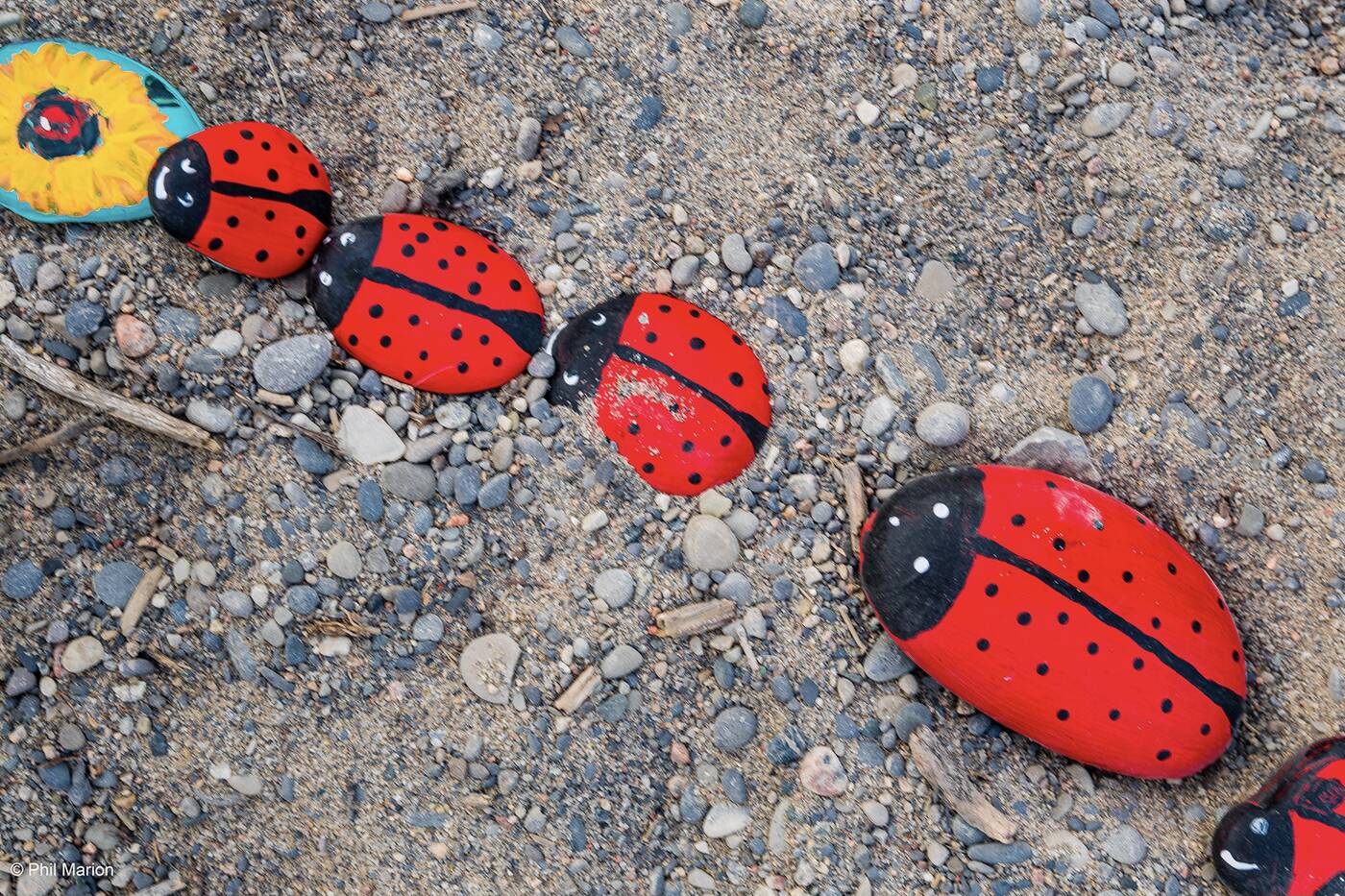 About 7,000 rocks have been added since the snake started and it continues to grow.

Walker hopes the snake will keep growing all summer, and with new rocks still being added every day, there's no telling how big it'll get.