If you take the TTC in Toronto this month, you may have to do a second take when looking at certain posters that at first appear to be of the usual map of transit routes in the city.

The commission has revamped its traditional iconography to commemmorate Indigenous History Month in June, noting important facts about the past of various parts of what is the traditional territory of nations such as the Mississaugas of the Credit, the Anishnabeg, the Chippewa, the Haudenosaunee and the Wendat peoples.

One of the landmarks the TTC is noting on its map in honour of Indigenous History Month. Image from the TTC.

Landmarks like a 10,000-year-old hunting pathway along Route 127 Davenport, an ancient tree that was once used as a geographical marker and is now passed daily by the 501 Queen streetcar, and a burial mound dating back 100 years near Route 9 Bellamy are marked on the new iterations of the maps. 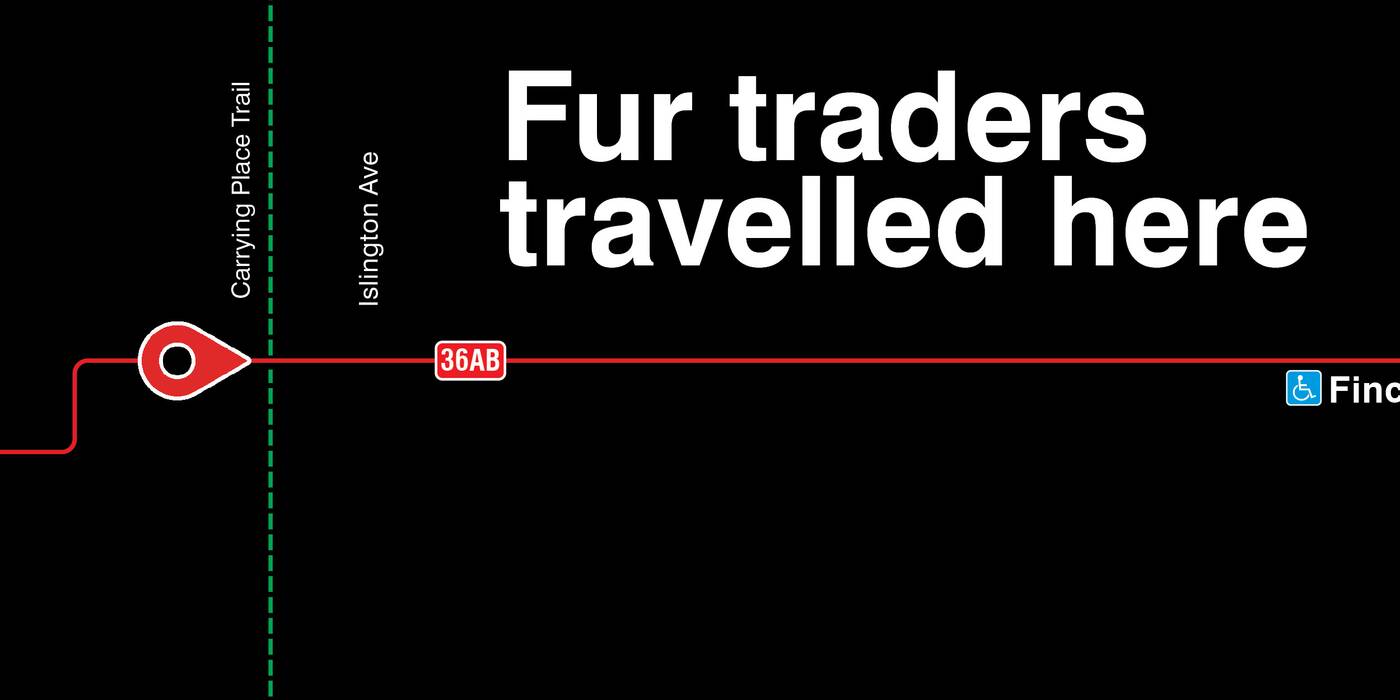 Each poster will include a brief description of the importance of the location. Image from the TTC.

Each placard shows where on which TTC line a notable historical event happened or a significant Indigenous site lies, along with a description of their history.

Other locations include where the death of Chief Wabakinine of the Mississaugas took place — near the 121 Fort York-Esplanade route in 1796 — where a Huron-Wendat village used to stand along the 61 Avenue Road North line, and the boundary of Treaty 14, found at the end of both 48 Rathburn and 50 Burnhamthorpe.

This June, the TTC will be honouring #IndigenousHistoryMonth by sharing Indigenous historical sites near TTC stops and stations.

Did you know route 127 Davenport (Gete-Onigaming) traces a hunting site along sections of an ancient pathway?

Riders and residents can read and learn about the First Nations history of the city at TTC stations, on signage inside buses, streetcars and subways and also on their exterior wraps, and on social media all month long.

TTC, with files from Sophie Chong