A Toronto man who just celebrated his 96th birthday had his TV, phone and internet knocked out when a garbage truck tore down the Bell wire from his house.

Robert Adams is not only 96, he's also a World War II Air Force pilot and collected an impressive number of birthday cards for his recent birthday in April.

The incident happened around 1 p.m. on June 1 in Birch Cliff. The Adams' personal care worker, Janet Stokes, heard a loud bang and when she went outside to check it out, found a garbage truck with a wire over it, the end of the wire that was supposed to be connected to the house lying on the front lawn.

The truck driver suggested they contact Bell to fix the problem, and according to Stokes, when Adams' son asked the driver's info over the phone and he refused to give it, he told Stokes to call the police.

After the wire was torn down, a police report was done and Bell was contacted, Bell telling police they were on their way to fix it around 2 p.m. The incident was treated as a traffic accident by police. 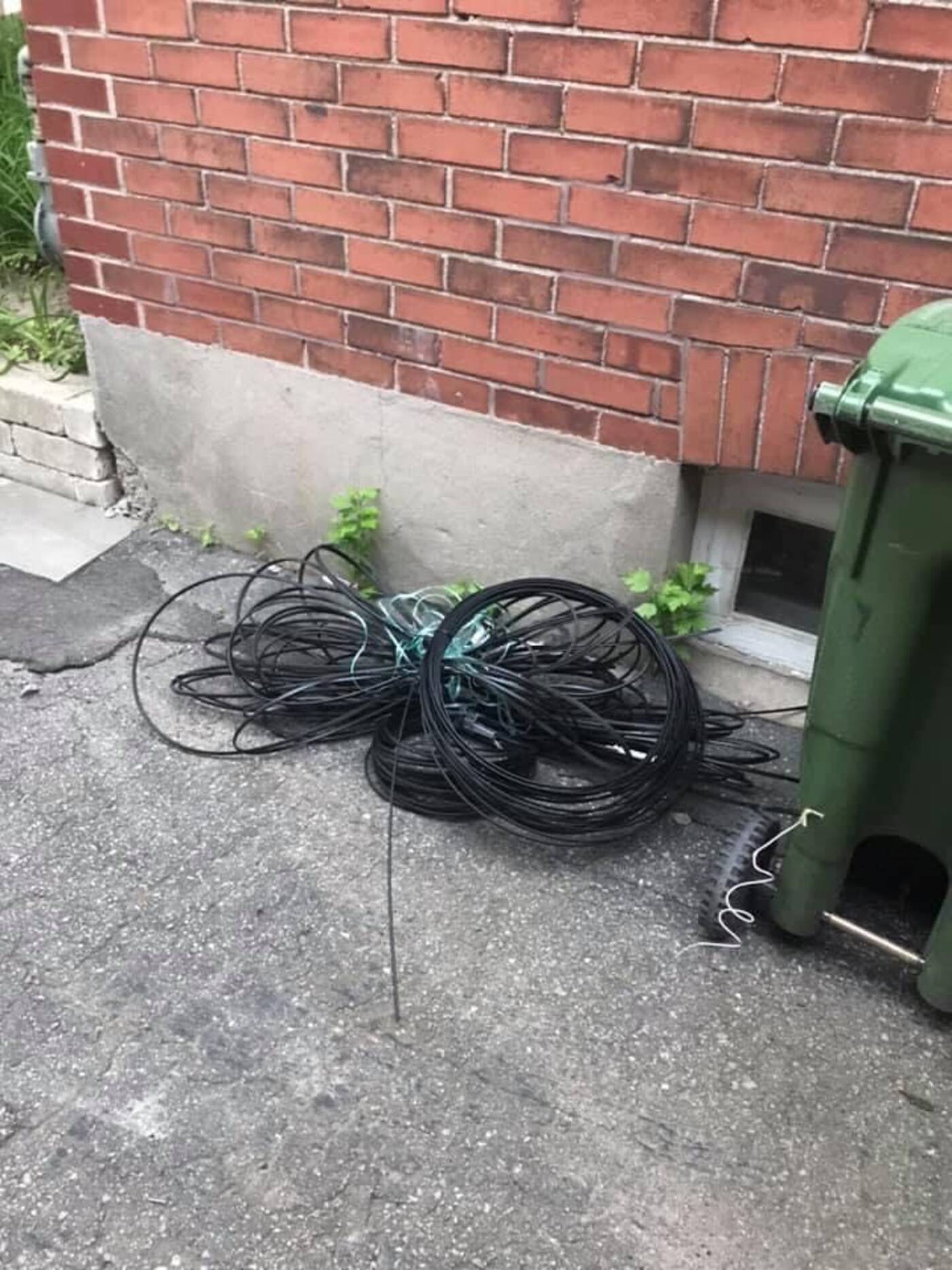 Wires left in the driveway by Bell techs. Photo by Janet Stokes.

While the police had called Bell themselves in an effort to expedite the process, Bell later told Mr. Adams' son they wouldn't be able to fix the issue until June 2 between 3 p.m. and 5 p.m.

She had still been waiting with him for a resolution at 6 p.m. on June 2. She says when two techs showed up at 7:10 p.m. they said they had just received the call, marked urgent.

"Mr. Adams was angry he had no TV and had I not stayed with him till he went to bed each night, he would have been very isolated and alone, not to mention unable to call for help or use his LifeAlert as it is also hooked up to the phone line," says Stokes.

She says the techs also left the damaged wires in a neighbour's driveway.

"We are all happy Mr. Adams has his services back but I think Bell should step up and compensate this WWII veteran for the inconvenience," Stokes says.