The Cathedral of the Transfiguration stands out from its surroundings in Markham.

Standing tall in a quiet area just north of Major Mackenzie Drive and Hwy 404, its three towers and huge bells are a sight to see among the rows of identical homes which surround it.

Much like the cathedral’s architecture and design, its history is intricate and can be dated back to 1984.

According to their website, the Cathedral of the Transfiguration stands on land which was once part of Romandale Farms Inc.

The man who owned it, Stephen B. Roman, was a leading breeder and exhibitor of Holstein cows in North America. 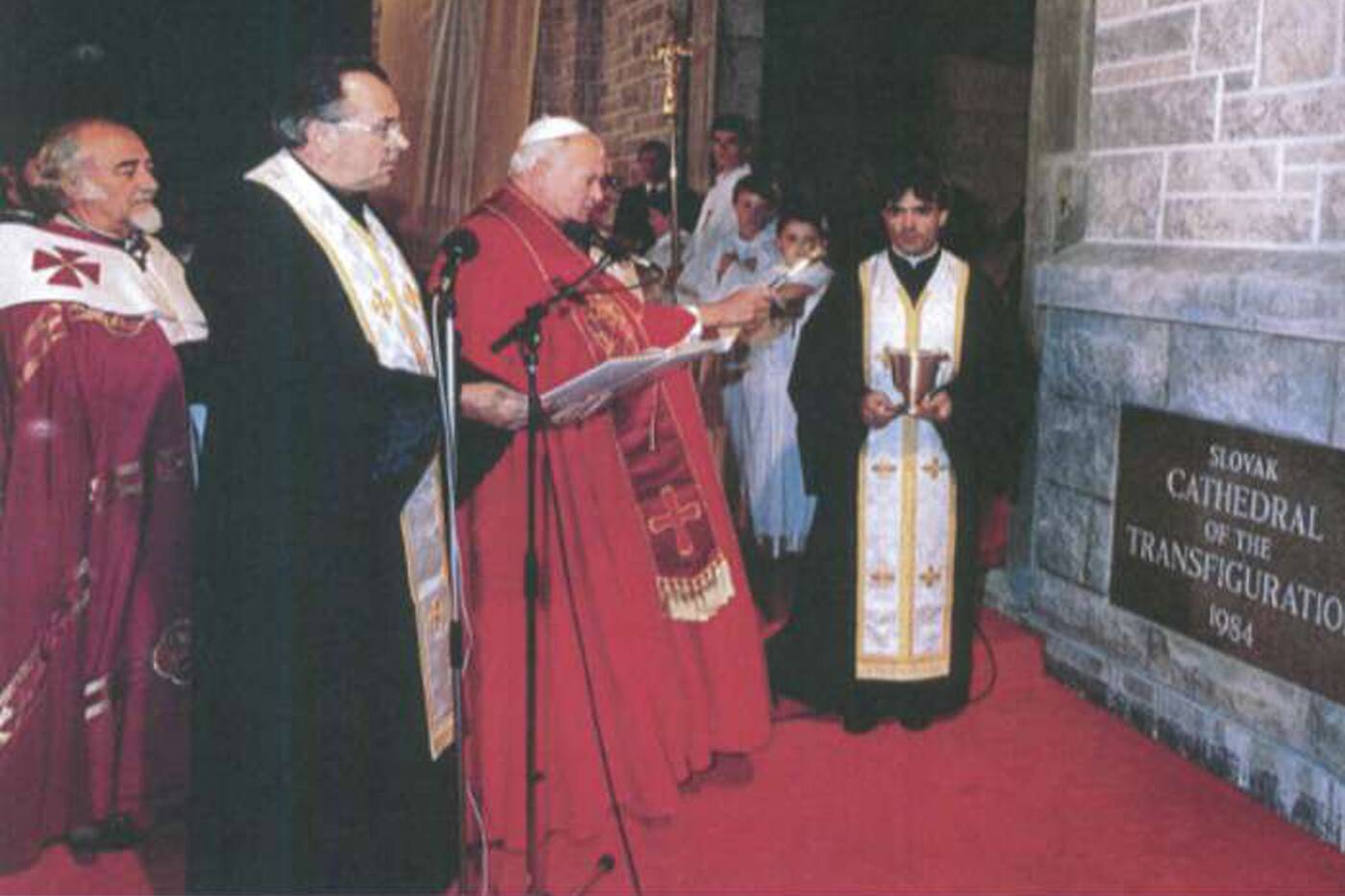 As a Slovakian native who immigrated to Canada, Roman donated the land to build the cathedral on so it could serve “as a beacon of religious freedom for his fellow Slavs then living under the repressive dominance of the former Soviet Union, without religious freedom.”

In 1984 construction of the cathedral began, and its cornerstone and altar stone were blessed by Pope John Paul II when he visited that same year. This also marked the first time that a Roman pontiff blessed a church in North America.

Unfortunately, Roman would not live to see his cathedral come to fruition as he died of a heart attack in 1988 at the age of 66. According to the Cathedral of the Transfiguration, over a thousand people attended his funeral service, which was held in the unfinished cathedral.

After Roman’s death, his legacy was passed on to his daughter Helen and her Slovak Greek Catholic Church Foundation.

In 1990, the first president of a democratic Czechoslovakia— following the fall of the communist regime—visited the cathedral. It became a gathering place and a sign of hope for Slovakians in Canada and back in Europe.

While its religious significance is undeniable, the cathedral’s physical structure is impressive in and of itself.

The centre tower, known as the Tower of Transfiguration, stands 210 feet tall and is home to one of the world’s largest peal of three bells, cast in bronze by the Paccard Foundry in Annecy, France.

Inside the cathedral you will find beautiful mosaics featuring the Christ Pantocrator, Virgin Mary and the transfiguration.

In 1995, the exterior of the cathedral was featured in the movie In the Mouth of Madness and used in some of its promotional posters.

It’s the heart of Cathedraltown

As more and more people began attending masses at the cathedral, it became a gathering place in the neighbourhood. That’s why in 2004 a 225-acre community, inspired by cathedral towns in Europe, was created.

Today, the streets of Cathedraltown are lined by buildings with ground-floor commercial units and upper-level residential suites. The town’s website calls it “a vibrant community featuring single and multi-family dwellings, condominiums, stylish retail and commercial space.”

Despite the Cathedral’s success and importance to the people who frequented it, a dispute between the Slovak Greek Church Foundation and the Eparchy for Catholic Slovaks of the Byzantine Rite in Canada led to the closure of the building in 2006.

Bishop John Pazak, the representative for Slovak Catholics in Canada, moved the diocese out and priests were banned from saying mass at the Cathedral of the Transfiguration.

The Slovak Catholic community was left to gather at the Cathedral of the Nativity of the Mother God on Shaw Street in downtown Toronto.

Following this unfortunate dispute, the Cathedral of the Transfiguration remained closed to the public until 2016.

It was during this time that extensive work was completed to the interior, including the installation of limestone flooring, a restored Casavant concert organ and mosaics. 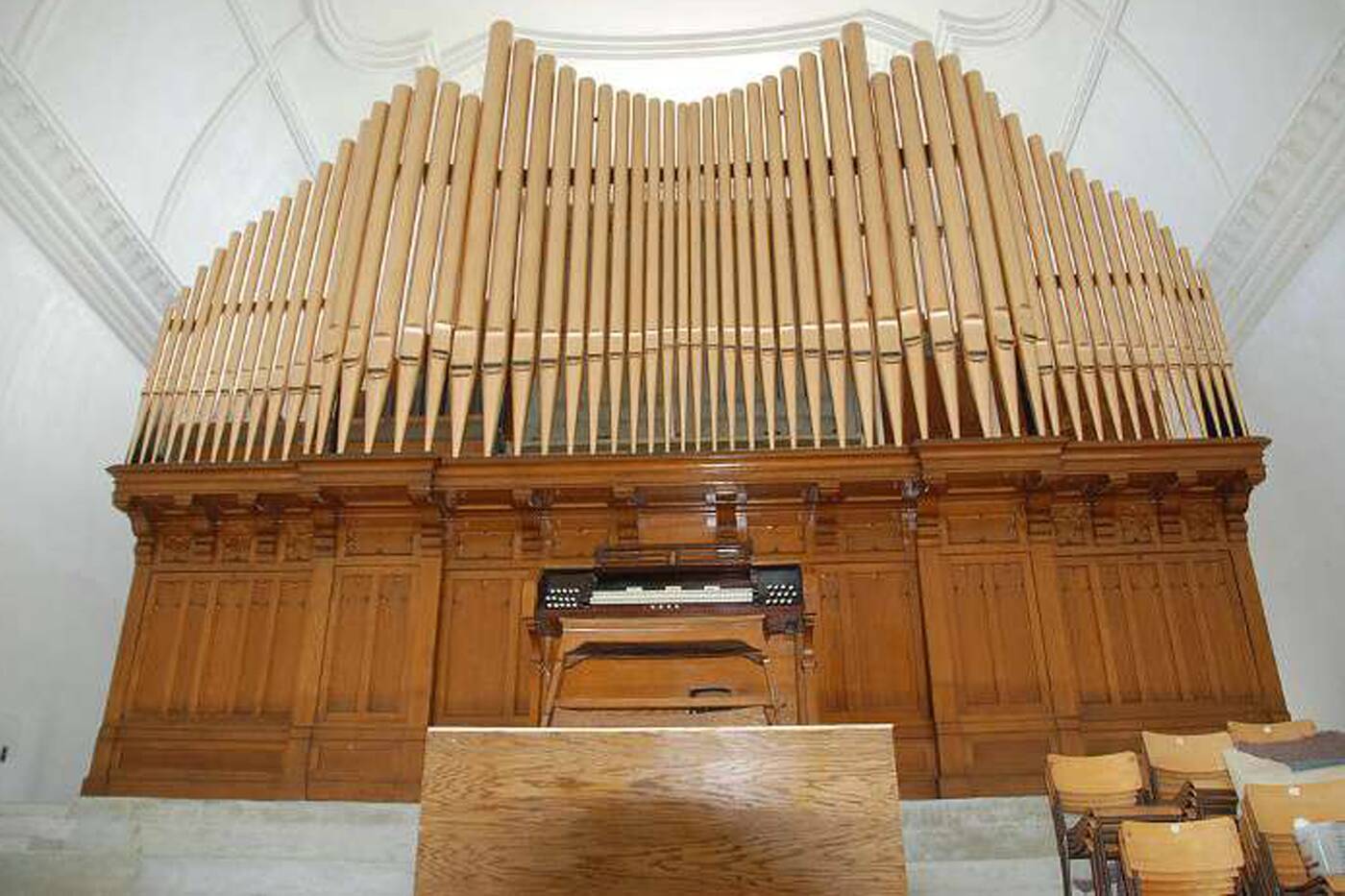 This Casavant concert organ takes pride of place. Photo via the Cathedral of the Transfiguration.

In 2017, the City of Markham granted a temporary occupancy permit to the cathedral to accommodate people from Jesus the King Melkite Catholic Church after their church burned down.

While the Cathedral of Transfiguration’s website states that "once a public occupancy permit is granted, the Cathedral will be able to permanently open its doors to any Catholic congregation wishing to worship there," the Slovak Catholic community is still left to gather at the Cathedral of the Nativity of the Mother God.

Unfortunately, Roman’s vision for his cathedral was never realized and the beautiful building stands tall as a reminder for many of what could have been.