Residents of the Stanley Greene community in Toronto had quite a fright on the night of June 24 when a speeding vehicle turned right at the corner of Downsview Park Blvd. and William Duncan Rd., lost control, flipped over and took down a light post in its path.

No one was seriously injured in the accident, fortunately, but residents of the area say speeding is a pervasive issue they've been dealing with — and trying to solve — for a while now.

"It's only a matter of time before the next accident gets someone seriously hurt or worse," Jenya Farris, who lives in the area, tells blogTO.

"It's making us, the residents, feel unsafe as pedestrians, drivers and cyclists. Cars blow past the few stop signs we have. They accelerate to double the posted limits."

Farris says she and other members of the Stanley Greene community Facebook group have been pushing for more stop signs, reduced speed limits, speed bumps and crosswalks in the area for quite some time now.

The intersection where Thursday night's accident took place is just one of the spots where residents have been calling for a stop sign to be erected. 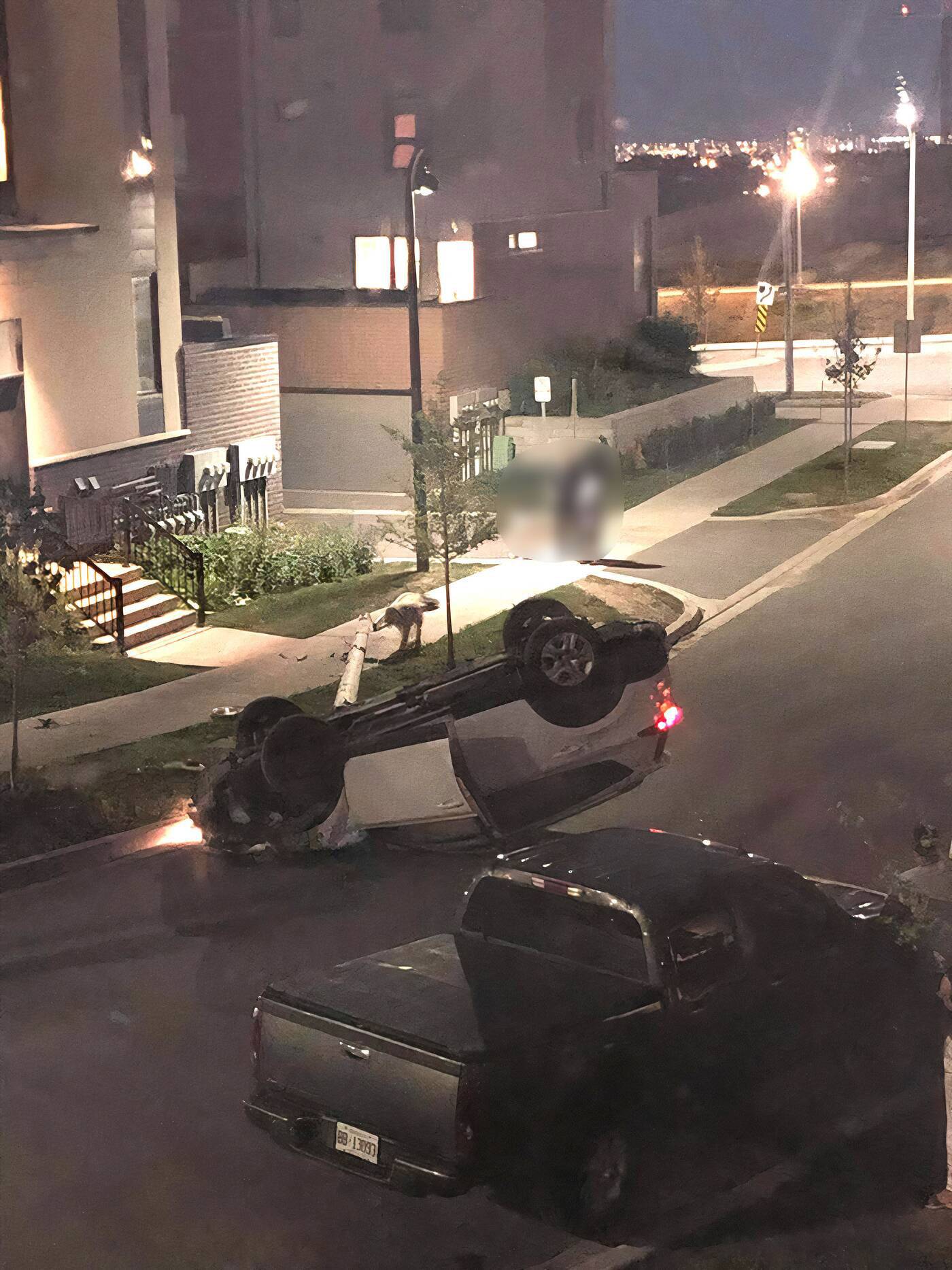 Farris says she's spoken directly with police and local city councillor James Pasternak about the problem, but she was recently told that traffic committees still aren't doing assessments because of the pandemic.

And, even if they were, she was informed that the community isn't populous enough to warrant changes.

"It's worrisome and frustrating," she says.

"We choose this wonderful and growing neighborhood to raise our children in. We love its diversity and access to nature," she continues.

"But as a result of the actions of those who treat our area like a race track, it feels unsafe to be out and about enjoying it. And it feels as though our government, which can make a difference, is neglecting their responsibility to our community's safety."