In 1901, funds to build the Queen Alexandra Gates were donated by the Imperial Order Daughters of the Empire (IODE) to commemorate the royal visit to Toronto on October 10 to 11 of Prince George, the Duke of Cornwall and Mary of Teck, Duchess of Cornwall.

The gates were named after Prince George's mother, Queen Alexandra, the consort of King-Emperor Edward VII. In 1910, Prince George was to ascend the throne as King George V, his consort being Queen Mary.

Queen Alexandra was born in 1844 in Copenhagen, Denmark. In 1863, she married Britain's Prince of Wales, Edward, the eldest son of Queen Victoria. 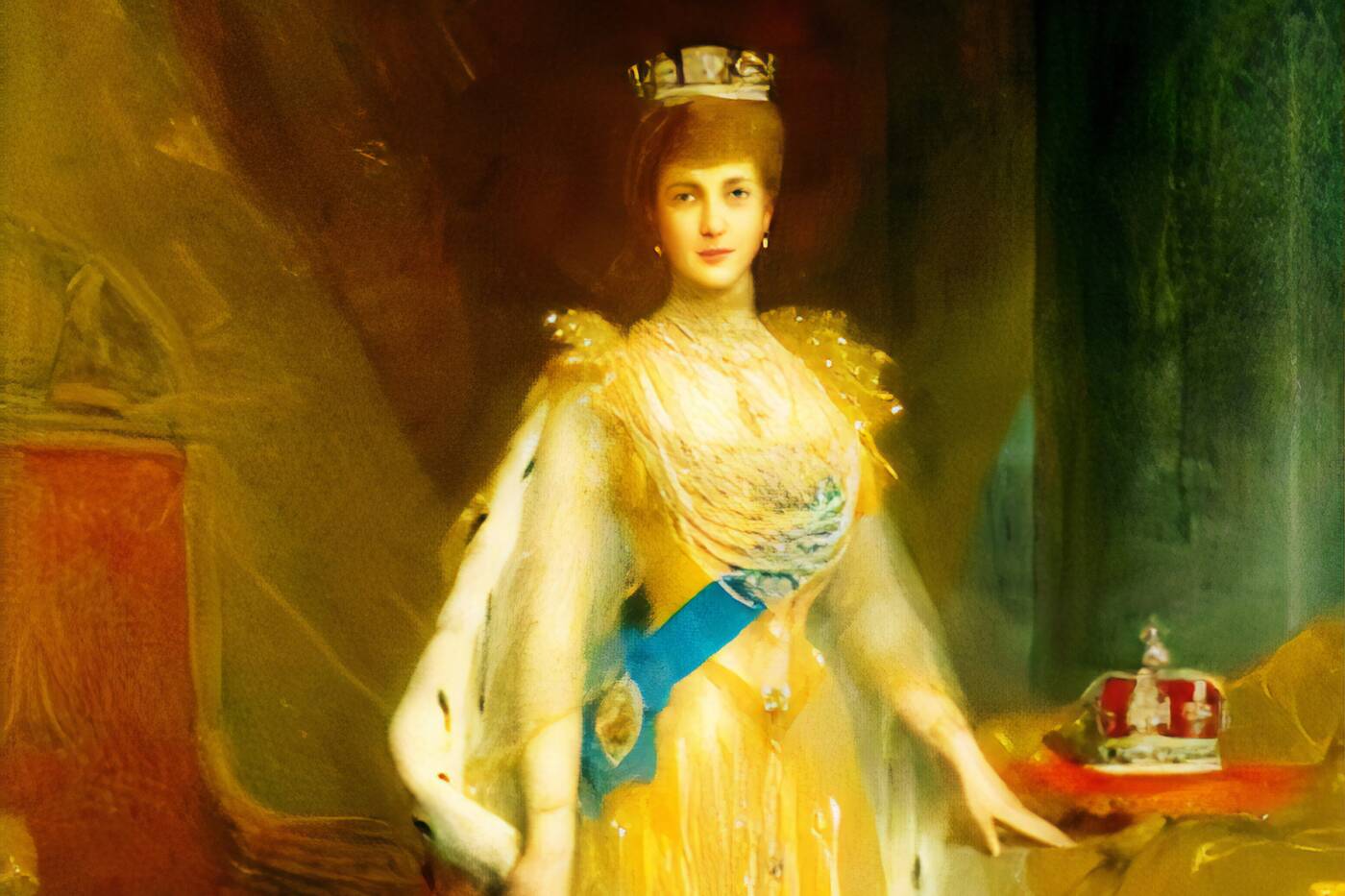 Painting of Queen Alexandra, consort of King Edward VII, for whom the gates were named.

In 1901, following the death of Victoria, Edward ascended the throne as King Edward VII. His consort, Queen Alexandra, was a beautiful and intelligent woman, who quickly became highly popular throughout the British Empire.

Toronto was a British colonial city at the turn of the 20th century and treasured its links to the crown. Public buildings, streets, parks and gateways were often named after members of the royal family.

In 1901, where the Queen Alexandra Gates were erected at Queen's Park and Bloor Street, there remained many undeveloped parcels of land. 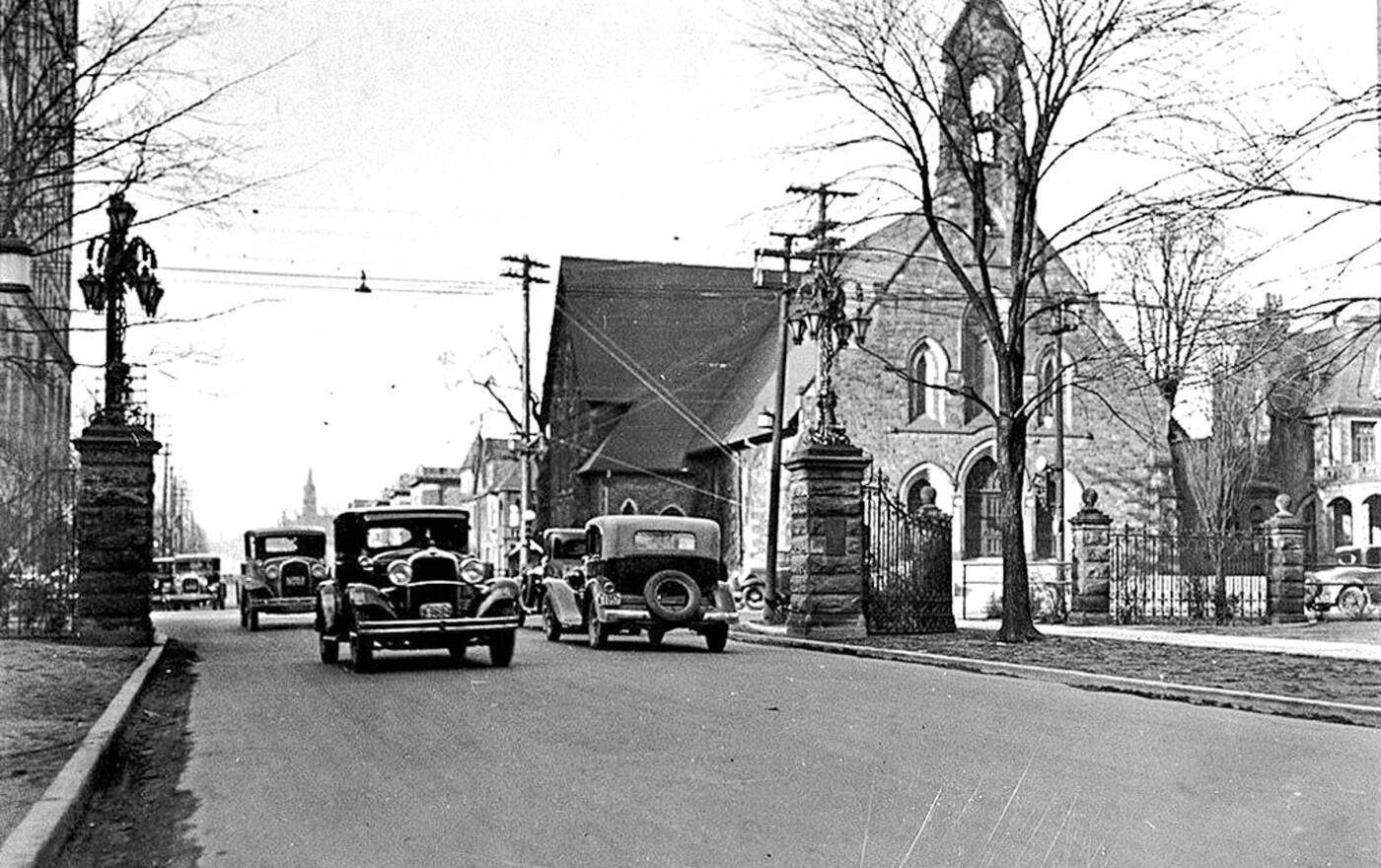 The gates in 1931 at Avenue and Bloor, with the Park Hyatt and The Church of th Redeemer visible in the background. Photo via Toronto Archives.

The small village of Yorkville was a short distance to the northeast of the intersection. Yorkville was amalgamated with the city in 1883, but in 1901, Torontonians still considered it a considerable distance from the downtown as public transportation was slow.

Thus, the Alexandra Gates were also viewed as being located in a slightly remote area, to the northwest of the city.

The gates consisted of stone pillars on either side of the roadway, with wrought iron lamps on top of each pillar. The lamps resembled the heads of serpents, typical of Edwardian fanciful designs that were in vogue in London, the capital of the Empire. 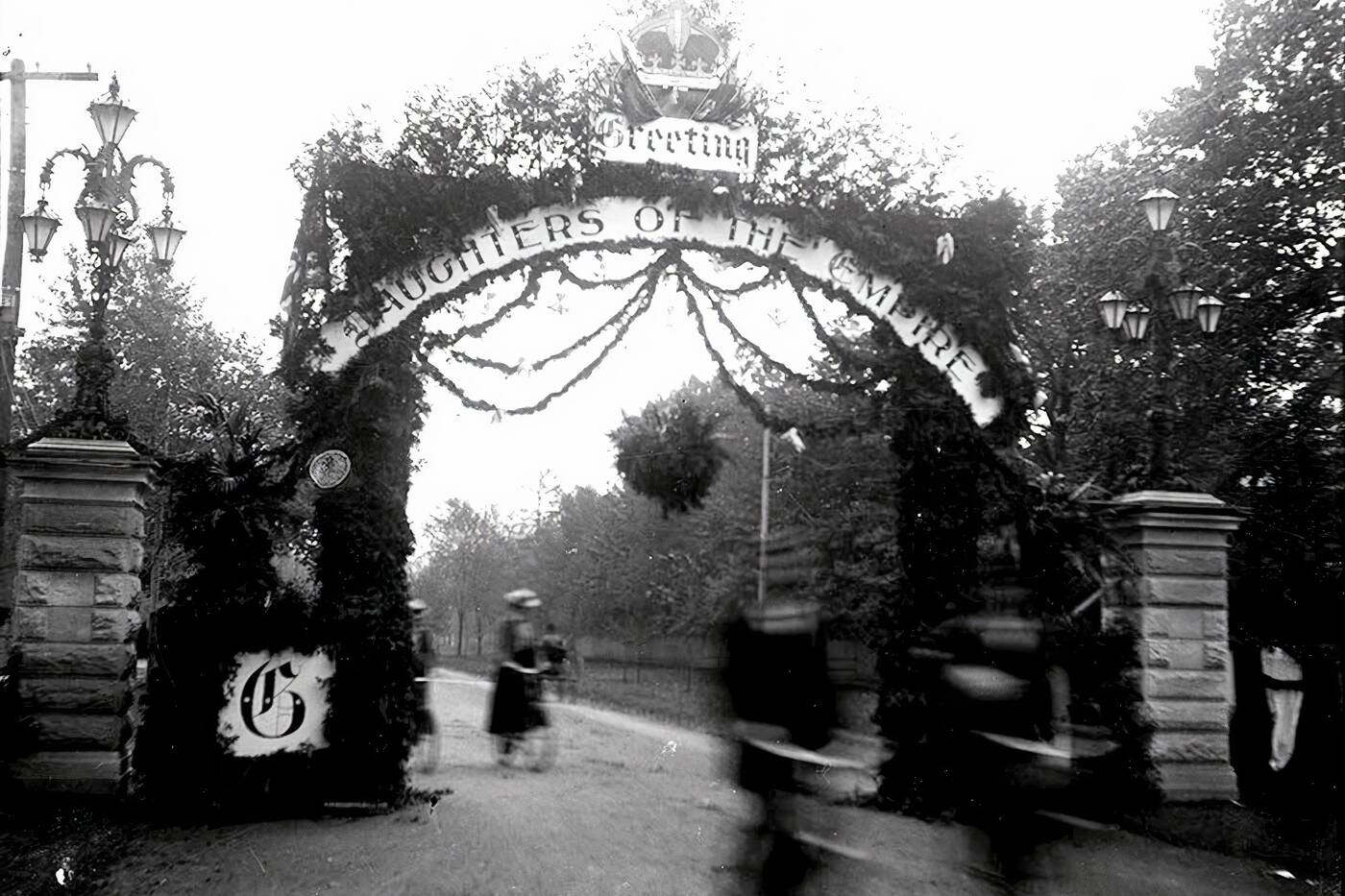 The Queen Alexandra Gates in 1901, when they were decorated for their inauguration by Prince George and Princess Mary. City of Toronto Archives.

Designed by Chadwick and Buckett, for their official opening by the Duke and Duchess of Cornwall on October 10, 1901 the gates were decorated with flowers and multiple ribbons of red, white and blue.

During the years ahead, several times, the gates were moved further apart to facilitate the widening of Queen's Park, as well as Avenue Road. 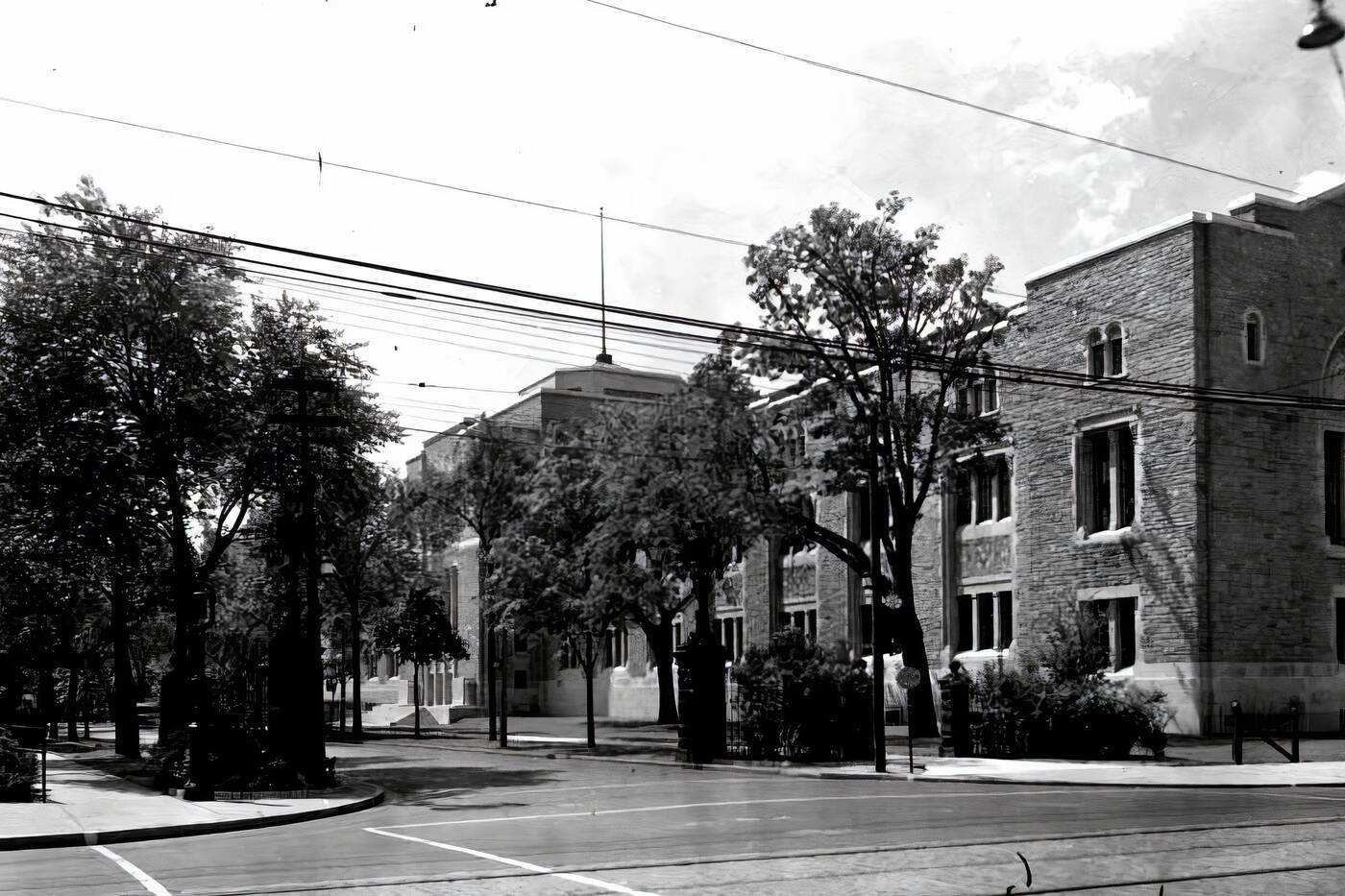 View from the north side of Bloor Street in 1933. The Queen Alexandra Gates are visible on either side of the narrow roadway, which accommodates only two lanes of traffic. Photo via Toronto Archives,.

In 1962, because of another widening, it was decided to remove the gates entirely. Fortunately, unlike most historic Toronto structures, rather than demolish them, they were relocated to the north end of Philosopher's Walk.

In their new location, they were on the south side of Bloor Street, on the west side of the original building of the Royal Ontario Museum. 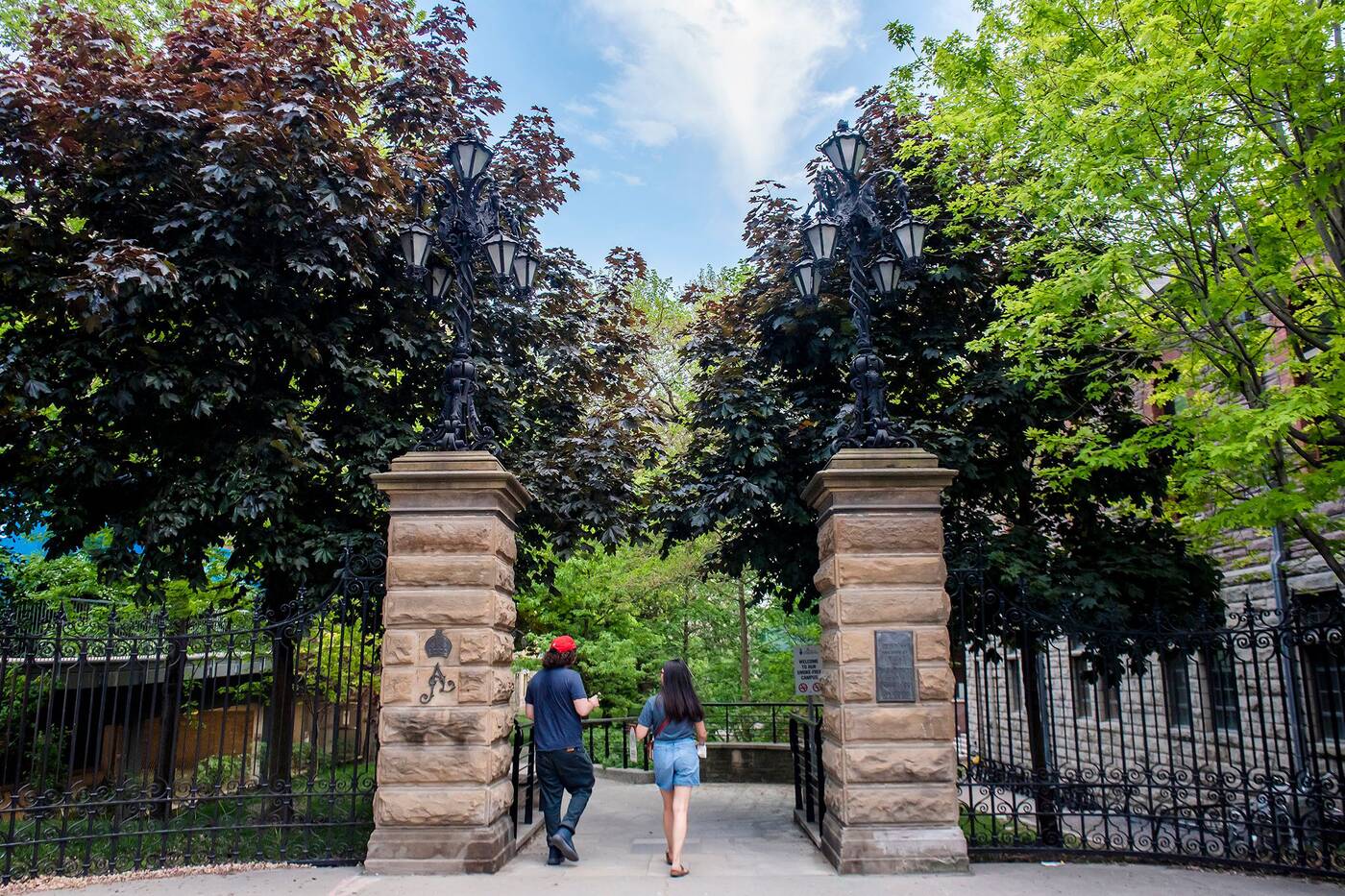 In 2006, at the south end of the walk, another gateway was constructed to commemorate the contributions to the university of Avie Bennett, owner of McClelland and Stewart. 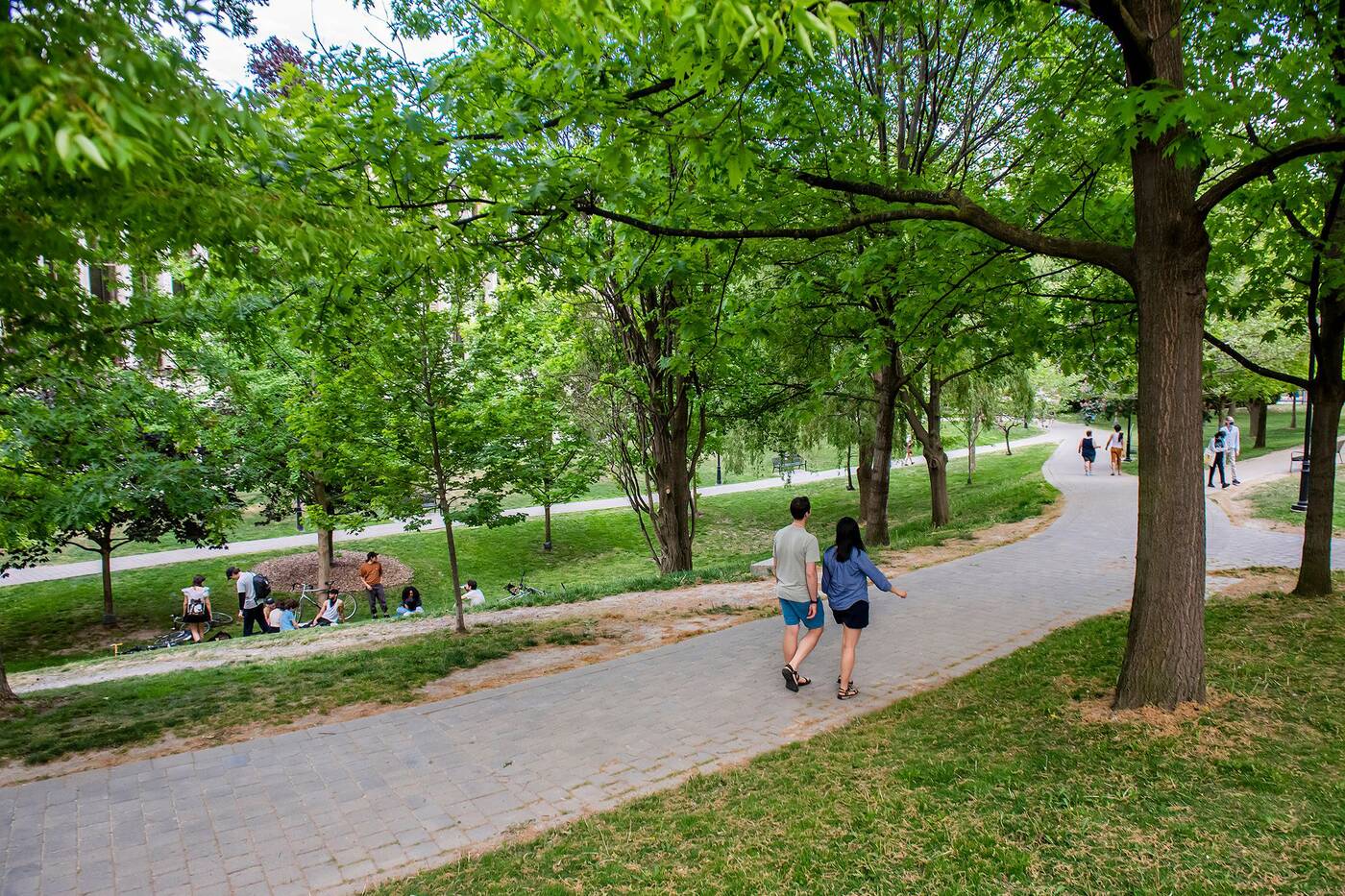 Thus, the Alexandra Gates remain today as a reminder of Toronto's past and its connections to the royal crown, even though they are now located in a modern multicultural city.

Doug Taylor was a teacher, historian, author and artist who wrote extensively about Toronto history on tayloronhistory.com. This article first appeared on his site on January 23, 2017 and has been republished here with the permission of his estate. The article has been modified slightly.