That's why Toronto entrepreneur Tianna McFarlane, 30, has launched her own brand of bandages for people with black and brown skin.

McFarlane's company Heal in Colour has already sold over 500 boxes of her bandages since launching last month.

Her product: an $8.99 box of 30 latex-free, adhesive bandages that come in three shades (honey, almond, and chestnut) and two different sizes. 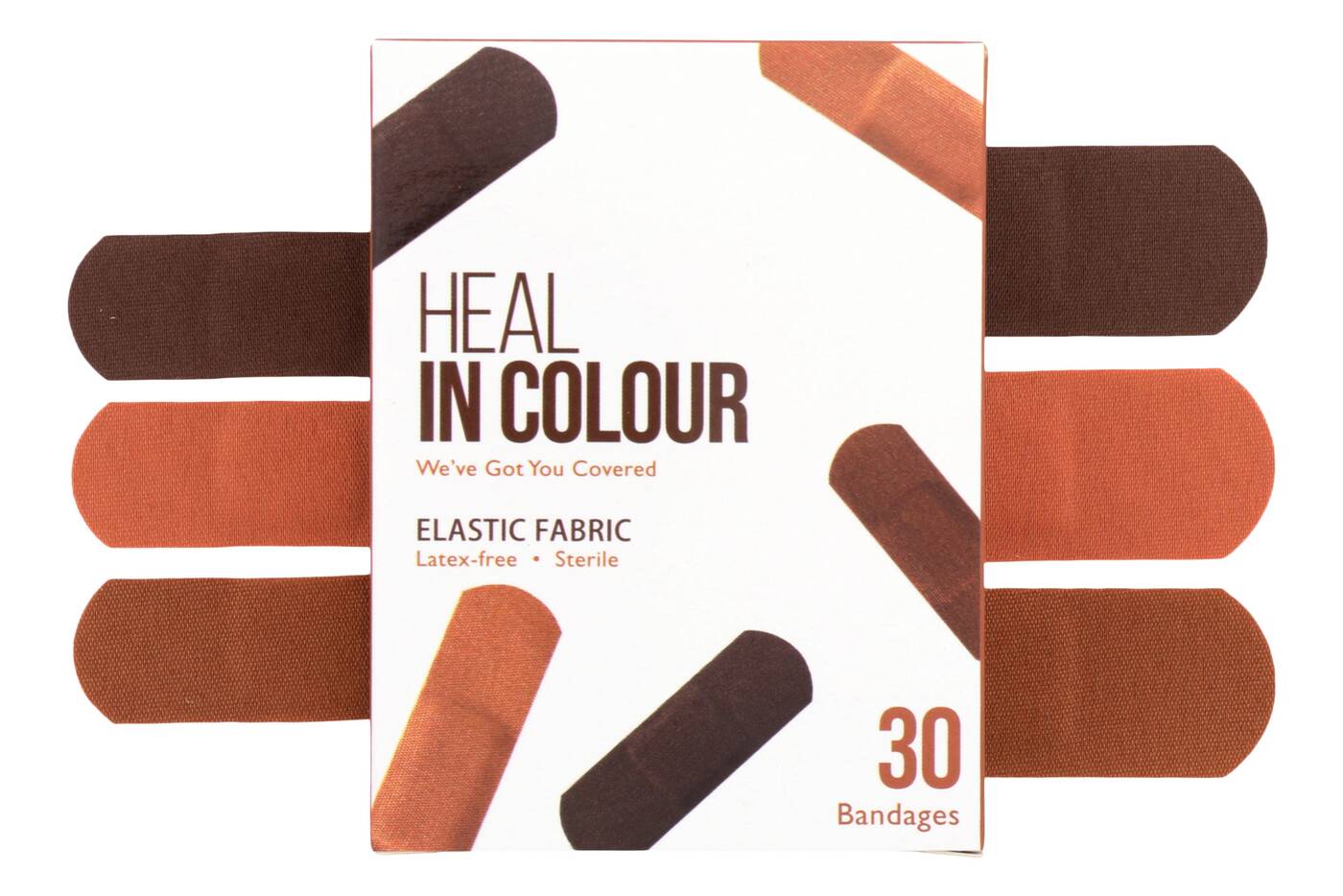 "It's something so small, just a bandage," says McFarlane. "But it allows people with black and brown skin to feel confident in their skin while they heal."

McFarlane, who was born in Jamaica and moved to Scarborough when she was six years old, says she got the idea for Heal in Colour in 2019.

"I was set to go on vacation in a few days but had a bad gash on my leg," McFarlane says. "I figured since you could find purple, yellow and even Spider-Man bandages that I'd find brown and black bandages. To my surprise, I could not find any."

With a background in Operations Management at Durham College, McFarlane says she always wanted to start a business of her own. She seized the opportunity to launch Heal in Colour, which has been in the works for the past two years.

Even though Johnson & Johnson released its multi-shade Band-Aids last year, the fact that it basically took a century since the company's inception to do so makes Heal In Colour, a local, woman- and Black-owned business, an easy alternative to support.

McFarlane says she's been overwhelmed by the support, especially from Black women, who've been her main customers so far.

A post shared by HEAL IN COLOUR 🇨🇦 (@healincolour)

"I don't recall ever wondering why bandages were so white and I think that is because black and brown bandages were never a thing when I was growing up," says McFarlane.

"But as time goes on, and the world becomes more inclusive, black and brown bandages will be the norm. Children will now be able to experience bandages made for their beautiful black and brown skin."