Toronto neighbourhood wants to save its pristine urban meadow

Toronto residents on a quiet street want to keep a small meadow in its wild state but are worried that changes are coming to their little corner of the city.

The residents on Cunningham Avenue in Parkdale recently noticed work crews in the meadow, says Consuelo Rubio who has lived on the street since 1977.

The meadow has been vacant since she moved there but around 2005 there was a proposal to build a 10-storey building on the property. The residents fought the zoning change at the Ontario Municipal Board, she says.

"To our surprise, the application was denied," Rubio says.

Now that workers are on the site again, she and other residents worry there may be a new proposal.

They also have concerns about this natural, wild area, which attracts birds, butterflies and even deer, she says.

"The field became this bird's paradise because all these wild plants established themselves," she says.

She has noticed more bees and butterflies in the area since the field return to the wild. People also walk there and bring their dogs.

Part of the land, along the road belongs to the city and the community has created some gardens, but the main field is part of West Lodge Apartments owned by Hazelview Properties. 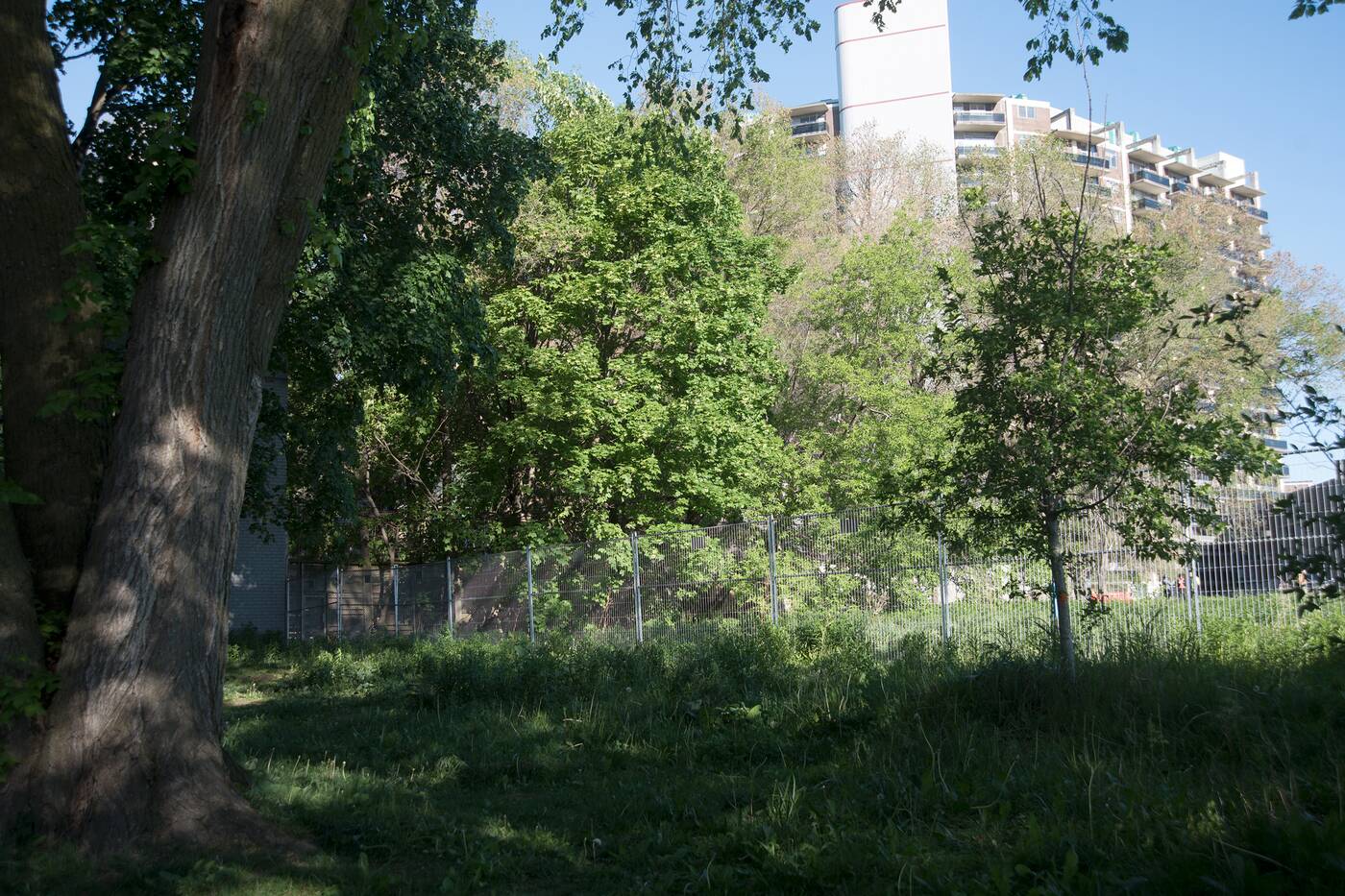 The field has several large trees but the trees closest to the road will not be removed.

Cunningham Avenue residents raised concerns about 13 large trees being cut down, and Krempulec says there are actually 64 trees being removed (permitted and non-permitted) across the entire site (around the apartment buildings). Of these, 13 are large and required permits to cut.

They are clearing an area of overgrown brush and small trees, which can create safety concerns at night.

There are also plans for a West Lodge resident's garden. Hazelview has partnered with Building Roots, a non-profit organization that focuses on addressing the lack of fresh food access and agricultural growing space in urban high-rise communities across Toronto.

An existing path will be moved to the west to create more open greenspace. And graffiti artists are going to beautify the space. Further, there will be a dedicated dog run for West Lodge residents added to this area.

Krempulec says there are no plans for a building development on the meadow.

"To be clear, this work is part of a landscaping improvement effort that will help to create usable and beautiful space," she says. "This is not a development project."