Toronto is now the fastest-growing financial centre in North America

There's a lot of cash flowing through Toronto right now — so much, in fact, that the city is now attracting finance industry workers at a faster pace than any other city in North America. Even New York.

While NYC remains the largest financial centre on the continent in terms of employment numbers, Toronto is catching up fast, according to newly-released data from the Conference Board of Canada.

If the not-for-profit think tank's citations are correct, Toronto now boasts the second-largest financial industry in North America, following New York, and ranks eighth on the global scale (right between Paris and Shanghai.) 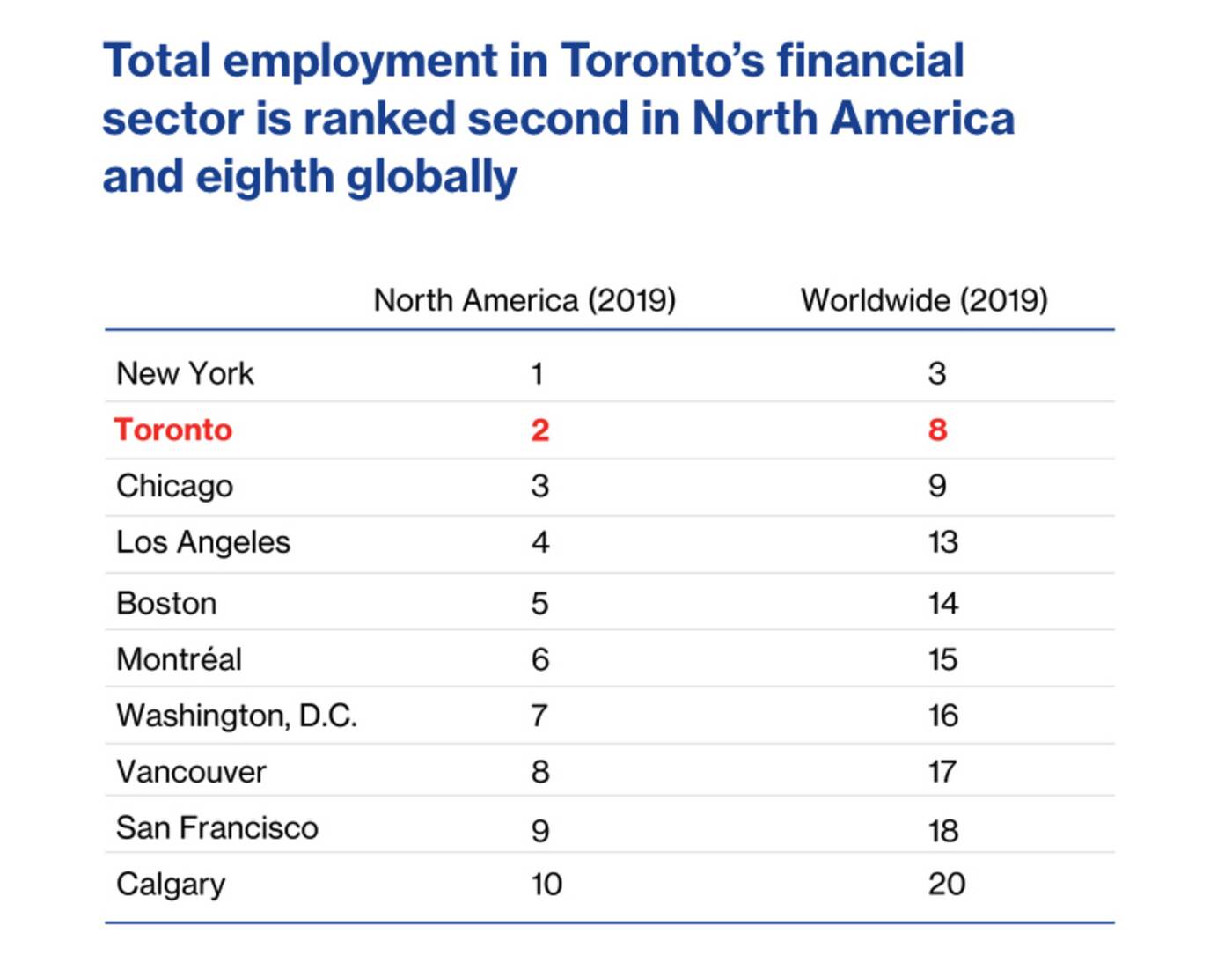 Toronto's no slouch on the global finance scene, as evidenced by its top 10 presence on The Banker's 2019 ranking of international financial centres. Image via Conference Board of Canada.

Not too shabby for humble Canada, which isn't traditionally seen on the world stage as a major wealth and power broker — though, while walking through the gleaming streets of Toronto's Financial District, it makes a lot of sense.

"The finance and insurance sector is one of the largest contributors to GDP in Canada," reads the Conference Board of Canada report, sponsored by Toronto Finance International (a bank-backed agency that promotes industry internationally.)

Money management has grown to make up more and more of Canada's total employment and GDP totals over the past decade. Image via Conference Board of Canada.

There are a lot of nitty gritty details that will probably only interest investors in the banking, insurance and asset management sectors (they can read the full report right here) but the key takeaway is that Toronto is an increasingly important player in the world of global finance.

"Toronto's financial centre is vital to the Canadian economy—providing jobs, growing GDP, and supporting small and medium-sized enterprises during the pandemic," notes the report.

Another fun nugget: Canada's largest five banks (RBC, TD, Scotiabank, BMO, and CIBC) together hold over $2.2 trillion in assets under management right now. Good for them.