Tired of seeing anti-vaccination misinformation spreading in his neighbourhood, a Toronto man has decided to start his own campaign.

Vaxfacts is a campaign and website designed to counter anti-mask and anti-vaxxer misinformation spread through posters and rallies around the city.

The founder of Vaxfacts, who doesn't want to be named for fear of retaliation from extreme anti-lockdown protestors, says he started the campaign about two weeks ago.

He says he was getting tired of seeing posters and stickers from anti-vaccine, anti-lockdown and anti-mask protestors.

He saw posters all over the city and in his own west-end neighbourhood.

"I would take them down when I saw them but it felt like I wasn't doing enough because they would come back," he says. 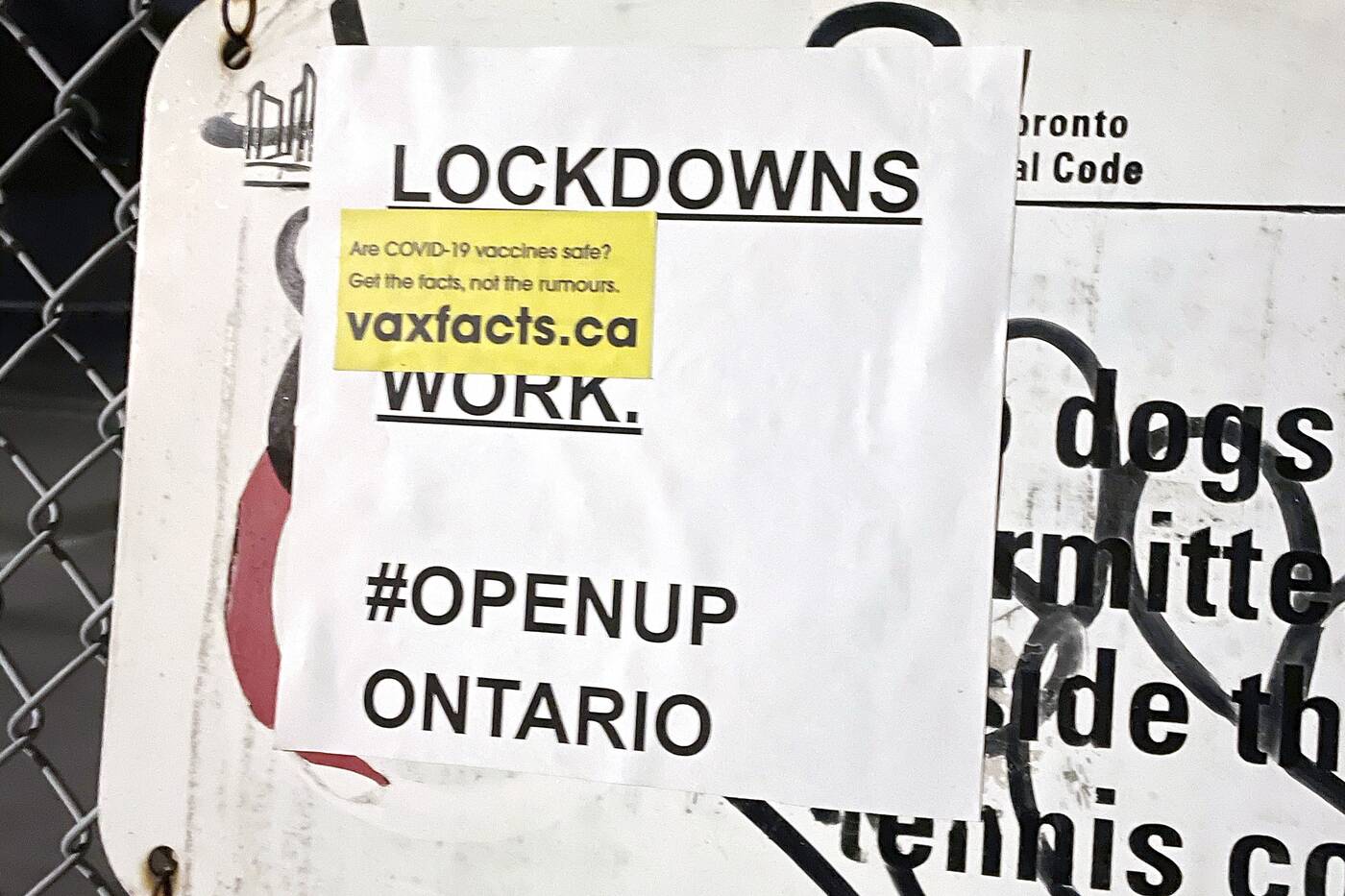 So now he is going out in the middle of the night posting stickers that say, "Are COVID-19 vaccines safe? Get the facts, not rumours." He only puts the stickers over existing posters and he doesn't vandalize shops or property.

The tech-industry worker doesn't have a science background, nor is he a doctor, but he points to reputable sources such as Health Canada or the CDC for the information on his site.

"I encourage you to go on Health Canada's website,' he says. "And if you have questions about the vaccine, is it safe, if it is effective, and if it is a good idea, you should talk to your doctor about that," he says.

So while he would rather people look to their healthcare workers or reputable websites for information, a lot of people don't and they can be fooled by simplified, easy-to-digest campaigns coming from a dedicated group of people with little or no science or medical qualifications, continually blanketing the city with posters and posts on social media.

"They have a very organized campaign."

The Vaxfacts campaign is meant to be more conversational and friendly.

"This is me talking like I would talk to one of my friends," he says.

A lot of people are drawn into the anti-lockdown messages, so he has read a lot of them and tries to answer their arguments.

People drawn into misinformation campaigns are often fearful, he says, asking questions such as what are the long-term side-effects of the vaccine.

"These people do have valid fears and valid concerns."

The Vaxfacts organizer has been acting mostly alone, but recently has had people from Mississauga and Scarborough request stickers to post in those areas. He has also sent out the designs so people can make their own stickers.

"I am happy to have other people help in the distribution."