Millions of birds in Canada are dying every year thanks to the city's masses of clear glass, and Metrolinx is trying not to add to that distressing death toll by using Morse code. 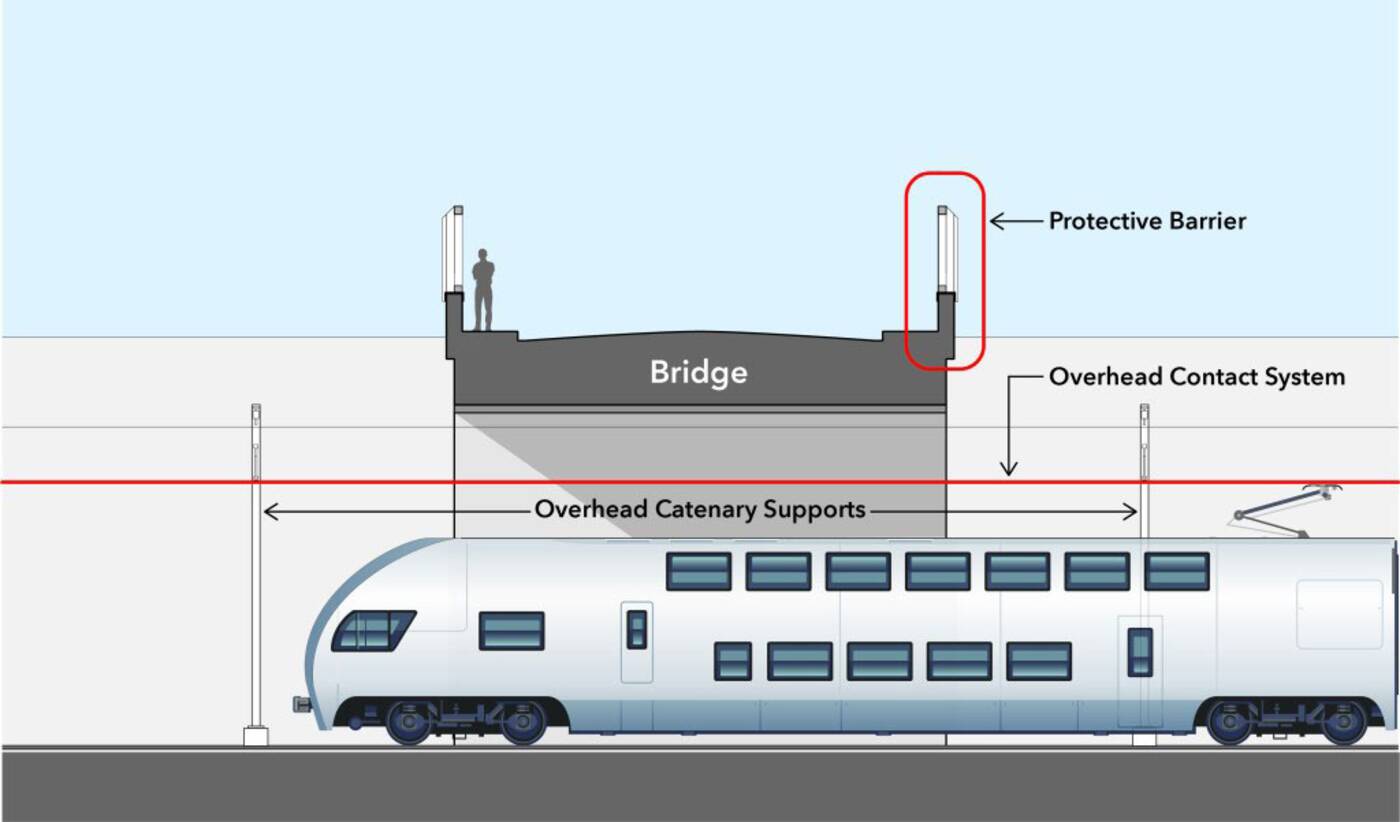 Metrolinx is expanding its electrified rail network and is erecting new barriers to protect people traveling across bridges. Photo via Metrolinx.

Metrolinx is expanding, and as a result of adding more electrified rail corridors, it's also erecting more protective barriers on its bridges to protect pedestrians and cyclists from the electric wires below.

Those Electrification Protective Barriers, while helpful for humans, could pose a problem for migrating and local birds who can't perceive clear glass. 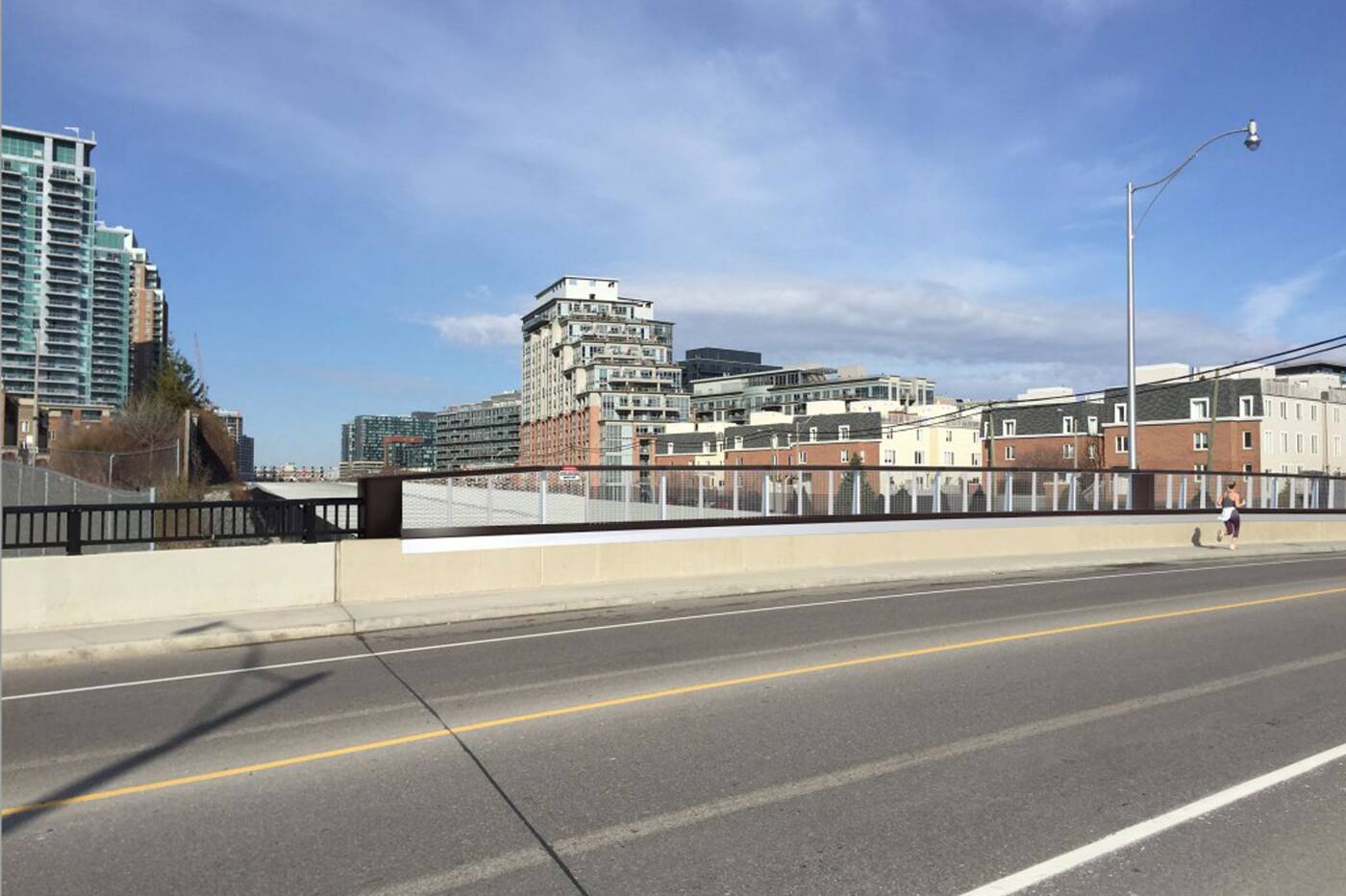 A rendering of the new barriers shows a subtle Morse code design that will deter birds from flying into the glass. Photo via Metrolinx.

Those dots and dashes will help birds perceive the solid panels, while harkening back to Canada's telepgraph system, which allowed railway companies to control trains starting in the 1850s. 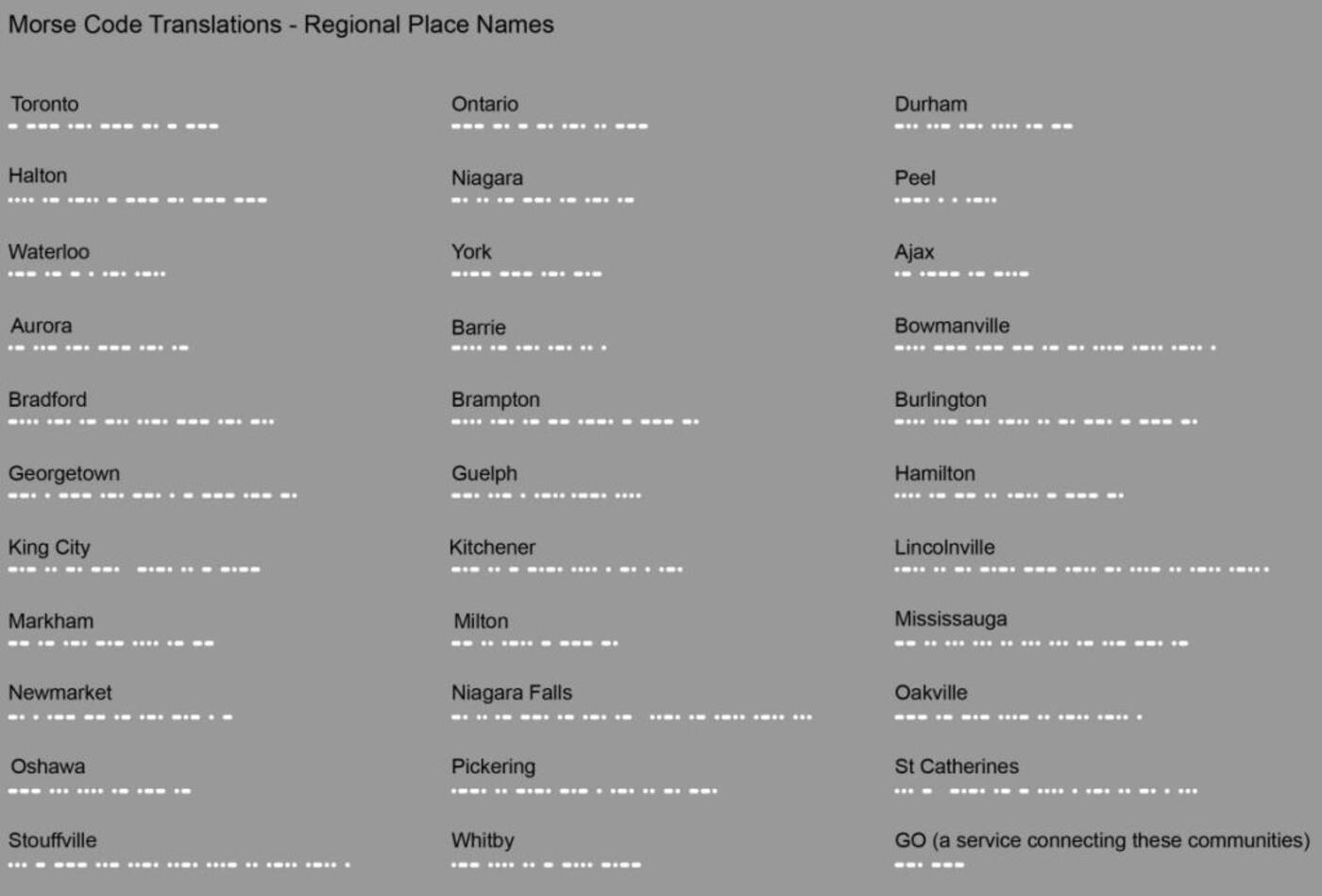 The barrier will feature the names of different regions in Morse code. Photo via Metrolinx.

The Morse code on the glass will also spell out the names of areas that Metrolinx serves as an extra fun touch. They've compiled a list, in case you've ever wanted to know how to write Toronto or Ontario in dots and dashes.

According to the agency, it'll be a few years until we see protective barriers installed at 90 bridges across the regions that GO serves.

In the meantime, for bird safety in your own home, you can check out tips from the Humane Society on how to prevent birds from crashing into your window.