Stumbling upon a magical fairy door hidden in the woods or tucked into a stone wall outside a home can be an enchanting surprise.

A Toronto resident wants to help people find those tiny, mysterious doors across the city.

The Fairy Door Map is a work-in-progress, tracking the doors as they impishly appear and disappear throughout the city.

Blue pins on the map are from 2020 and may not be still around, but recently the map has been festooned with pink pins, which are confirmed door sightings from the spring of 2021.

"Now, all of the sudden the fairy doors are popping up again," map creator Shana Tilbrook tells blogTO. "The spring seems to be when the fairies seem to make a lot of doors."

"Every day I would take my daughter out to look for fairy doors," she says.

It was a fun activity for her and her daughter. She thought other parents might also be looking for something to do with their children during the various phases of lockdown so she created the map and posted it on Facebook. 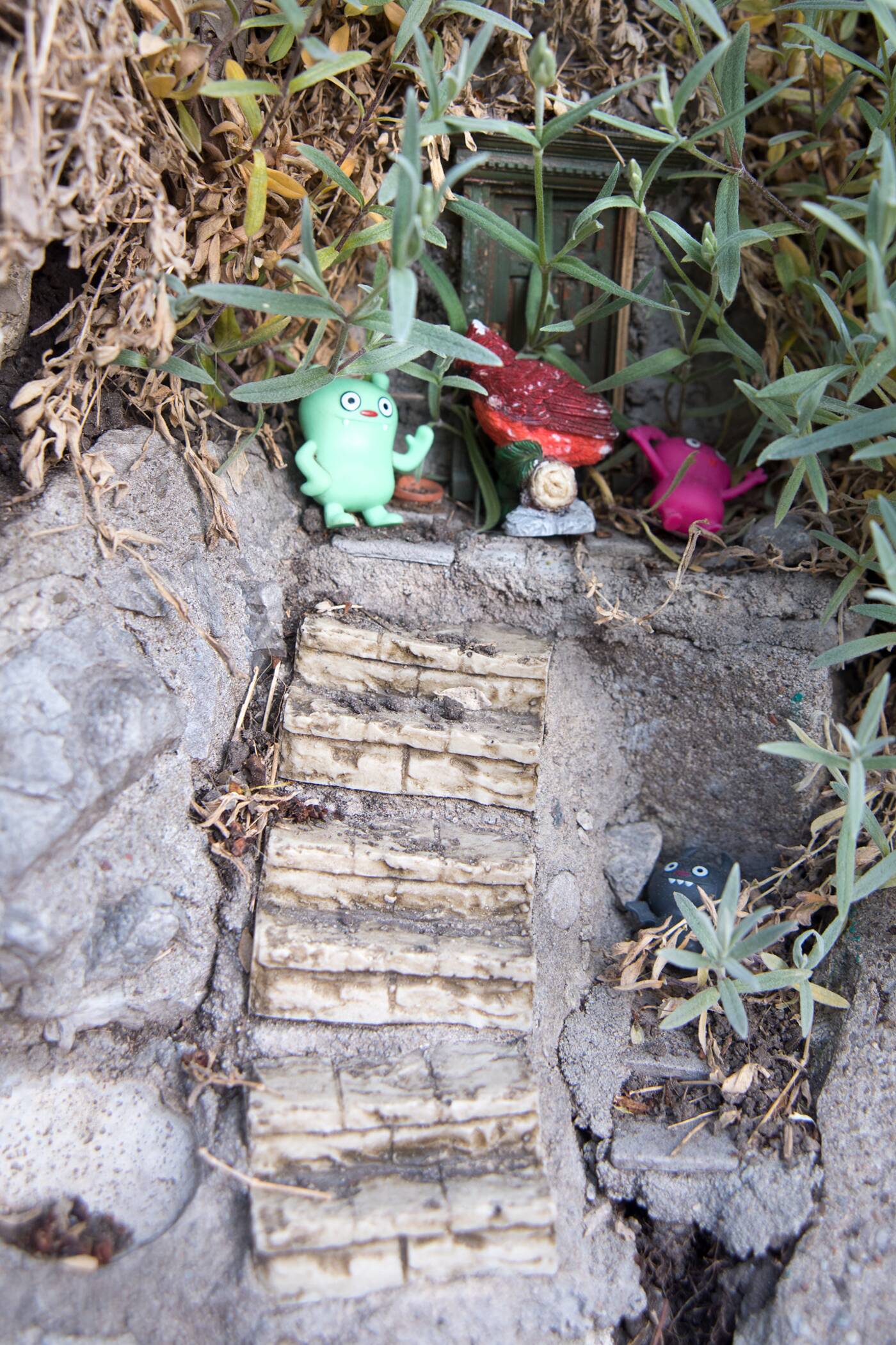 Steps lead to a fairy door in a stone wall on Edna Avenue.

The doors are a common sight in the United Kingdom. There is also a fairy door trail in Ireland, and a tree in Saint Anne's Park in Dublin is covered in fairy doors.

They started to appear in North America in the 1990s. Ann Arbour, Michigan is particularly well-known for them after an art installation in 1993.

The Toronto Fairy Door Map has been viewed more than 22,000 times, and in a recent post, Tilbrook asked for help updating it.

Tilbrook welcomes any new door sightings and people can email her at shana.tilbrook@gmail.com with a location.

While it is a fun activity for kids during lockdown, it doesn't have to be limited to kids.

"This can give people a purpose to go outdoors and find a little bit of joy."