Residents of the GTA looking to scatter the funeral ashes of their loved ones will soon have a designated site to do so along a beautiful river near Toronto.

More than 65 per cent of Ontarians and Canadians in general are thought to opt for cremation after they shuffle off this mortal coil, and the practice is apparently becoming increasingly popular locally.

While some may want their ashes kept in an urn on a mantel or scattered upon a mountain top in some faraway place, others prefer to become a part of nature somewhere close to home, like on Crown park land — which is permitted if it is in an "unoccupied" area — or in a local flowing water source, as is the tradition in Hindu and Sikh culture.

The search for safe, dedicated locations in which to scatter a cremated loved one has been ongoing in the province, with one Toronto City Councillor suggesting last month that Bluffer's Park in Scarborough be considered as an option. 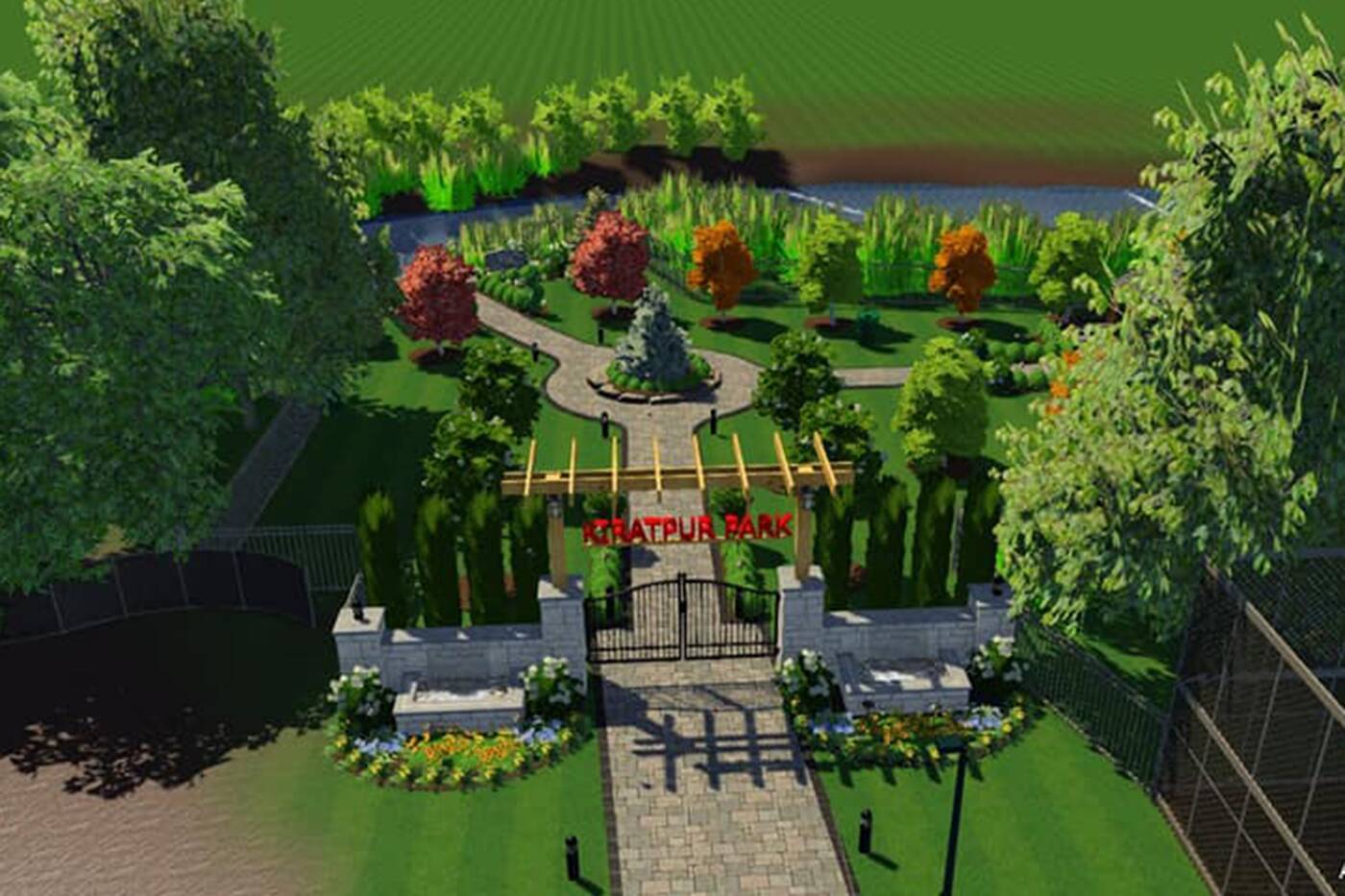 A rendering of what the nearly-completed Kiratpur Park will look like, from Ace Property Care.

While the use of that site is still up for discussion, another one is in the works near the Ontario Khalsa Darbar temple near Dixie and Derry Roads in Mississauga, where  a tree-lined pathway will soon lead mourners to Kiratpur Park, a spot along the Etobicoke River complete with a gazebo and fountain.

It will be one of few sanctioned spots for the practice, which is currently forbidden on City of Toronto property or any water or land under the Toronto and Region Conservation Authority (TRCA), largely due to concerns about other ceremonial items ending up in the water.

But local politicians and organizations appear to be pushing for more of such sites, so long as visitors ensure nothing ends up littered about and they only leave the ashes themselves behind.